Tuskens think they’re the locals. Everyone else is just trespassing.

Inspired by the Tusken Raider’s appearance in the hit Disney+ series, The Mandalorian™, this detailed Star Wars™ collectible gives fans an entirely new perspective on the iconic desert-dwellers once believed to be brutal and unfeeling killers. The new live-action series revealed a complexity to Tusken Raider society, as reflected by several of the unique accessories the figure comes with — including the black melon and macrobinoculars seen in the show. In addition, the Tusken Raider features a highly detailed portrait sculpt as seen in The Mandalorian, with expertly designed and painted textures that mimic the actual appearance of their unique, rough fabric wrappings.

This highly articulated Star Wars figure also has a carefully tailored fabric costume with elements of desert distress, thoroughly crafted from the robes to the belts and bandoliers. Check out this new unboxing video, and explore all the desert-ready accessories and layered costume elements that bring this new era of Tusken Raider to life. Host Guy Klender walks you through a full unboxing, from initial packaging through every individual component in the box, plus the range of articulation so you can begin to imagine your perfect poses for braving the harsh deserts of Tatooine.


Once you’ve taken your first look at the unboxing above, be sure to bring the Tusken Raider to your galaxy of Star Wars figures, thanks to the Television Masterpiece Series by Hot Toys. While distinctly from The Mandalorian series, this character makes a perfect companion for generations of desert-dwelling Jedi and other characters who have chanced the sands of the harsh planet.

Fans got a new view into the culture of Tusken Raiders when approached not as savages, but as a complex group of nomads by Din Djarin™, the Mandalorian himself. As someone with a deep respect for the ways of his own culture, he had a more open-minded perspective on the sand people’s society and helped to calm tensions between them and the citizens of Mos Pelgo, including the sheriff Cobb Vanth. Fans got to experience Tusken Raiders communicating in sign language, a distinct change from the previous sole barking noises for which they were famous. Of course, they had their signature gaderffii, or gaffi, sticks in tow, and Hot Toys has made sure to include the iconic weapon, along with a long-range rifle, with the Tusken Raider Sixth Scale Figure to allow fans to create a number of well-known poses for the character.

Pair the Tusken Raider with any number of your Mandalorian figures and celebrate the beloved addition to the Star Wars story in your collection!

Would you take the black melon if a Tusken Raider offered it to you? Will you be adding one of these fierce nomads to your collection? Don’t forget to Let Your Geek Sideshow and tell us in the comments! 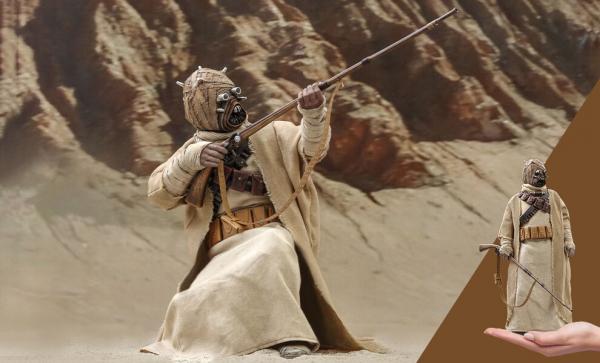 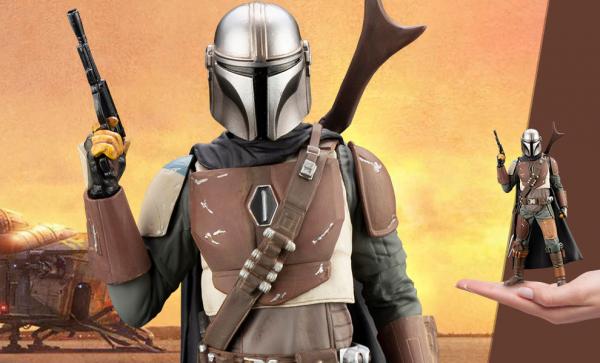 If You Loved Squid Game, You'll Love These Books

POLL: Which Old School Horror Flick Is the Best?