How Did Bumblebee Lose His Voice? 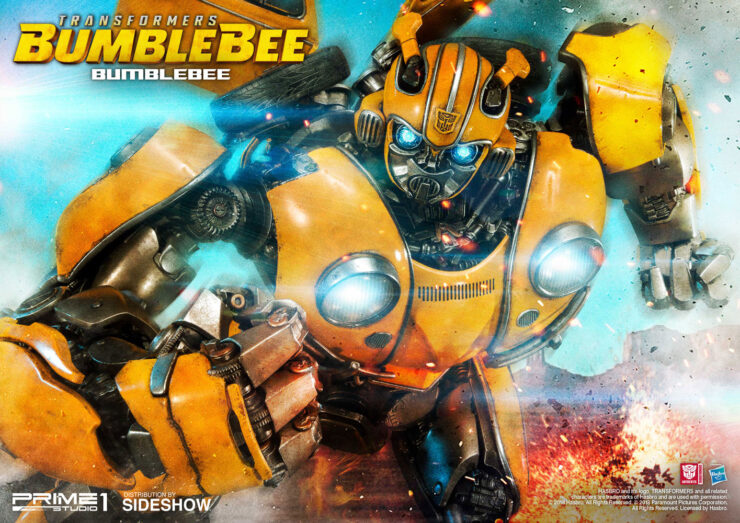 In 2007, Hasbro and Michael Bay’s Transformers film premiered, and with it, a fan favorite character was forever changed. The Autobot B-127, most commonly referred to as Bumblebee, did not have a voice. His inability to talk forced him to rely on other forms of communication. Whether it was an elaborate game of charades, a series of robotic sounds, or using the radio station to search for the exact words he needed at that time, Bumblebee had to be creative to communicate.

It’s that need for others, necessitated by the loss of his voice, that makes him willing to work with people who are patient enough to listen. His struggle to communicate is eventually what allowed him to connect so much with humans. And so, Bumblebee fought for Autobots and humanity alike.

But how did he originally lose his voice? Let’s find out.

On the planet of Cybertron, the Autobots are fighting against a horde of mechanical beasts. There are too many beasts and not enough Autobots. Optimus Prime is desperate for any help, and he screams out for B-127. As if on cue, B-127 drives up as a sports car before transforming into his full size and protecting Optimus Prime. Without missing a beat, Decepticons arrive and focus their attack on the Autobots’ already depleted forces.

“Autobots, fall back! Get to the tower!” screams Optimus. “Cybertron has fallen. Get to the escape pods. There are other Autobots scattered across the galaxy. We must reach them if we hope to survive.” Optimus found a planet that was hidden away from the Decepticons. There was only one person that he trusted to arrive at the planet and keep it safe. That way, the rest of the Autobots could regroup and find a way to return home once again. He trusted B-127.

Starscream, Soundwave, and Shockwave each rocketed explosives into the Autobots’ tower. B-127 escaped just in time. If Optimus Prime was not there standing and fighting, he might not have made it. But he did. He and his ship set course for Earth. He was going to protect the planet and find a home for the Autobots. But it wouldn’t be easy.

It’s 1987, and deep in the forests, a coordinated team of special operatives with heavy weapons tread lightly on the leaves beneath them. Without speaking a word, they communicate. Hand signs and body language tell them where to go, when to start, and when to stop. Not a single foot out of place — except for when their lead officer steps right into a trap. He’s lifted up into the trees and dangles in plain sight.

In an instant, another squadron covered in moss and camouflage erupts from behind the bushes. They fire their weapons and defeat the first squadron with … paint pellets. It’s just a training exercise from Sector 7, based in California. Colonel Jack Burns mocks the other squadron for losing. If it wasn’t a drill, they all would have been injured or killed. But the drill ends pretty quickly when a massive unidentified flying object crashes down no more than 20 feet away from them.

Jack doesn’t see the aircraft. He just thinks it’s napalm as part of a drill. It’s not. And when he goes searching for answers, he comes face to face with Autobot B-127. Bumblebee rises up from the ashes, sees the fully armed soldiers, and immediately tries to escape. They follow him, hoping to subdue him, and eventually they’re able to back him into a corner.

After scanning the humans, Bumblebee tries one last thing: to communicate. “Please,” he says. “This is a mistake. I don’t want to hurt anyone.” Jack tells his soldiers to hold their fire. He didn’t expect this alien creature to transform into a car or speak, let alone speak perfect English. But the next surprise confuses him even more. A plane flies overhead. He believes it’s additional air support. But he didn’t call for air support!

“Who called in the air force?” asks Jack.

“That’s not the air force,” says Bumblebee. We zoom in on the plane and see the markings of Cybertron on locked and loaded missiles. The plane is flying closer. Jack is confused and slow to act. All that Bumblebee can manage to say is, “Run.”

A series of missiles bombard the ground around the humans and Bumblebee. Bumblebee digs himself out of the rubble just in time for the Decepticon Seeker to land and transform. Blitzwing, using all the might of his thrusters, grabs Bumblebee by the throat. He screams. “Did you think you could hide?!”

The two trade blows, but Blitzwing is clearly bigger. He has the upper hand. And with the use of his thrusters, he can drag Bumblebee against the face of the mountain. It takes all of Bumblebee’s might just to cut through his blasters and escape from his grip, if only for a moment. But Blitzwing gets the upper hand once again, and demands to know the location of the Autobots.

Blitzwing almost seems amused. “Is that right? Then let’s make it official.”

Blitzwing produces a violent needle from his multifaceted arm, and plunges it into Bumblebee’s jugular. He extracts a valuable piece of hardware and drops him down the mountain side. Bumblebee’s speech synthesis is immediately disabled. And after all the tumbling, his memory begins to fail as well.

Luckily, Bumblebee is able to think quickly, and uses one of Blitzwing’s own missiles against him. It’s enough for Bumblebee to escape, but without his memory and without his voice, a brand new series of adventures begins.

Join the conversation over at side.show/geekgroup, and don’t forget to Let Your Geek Sideshow! 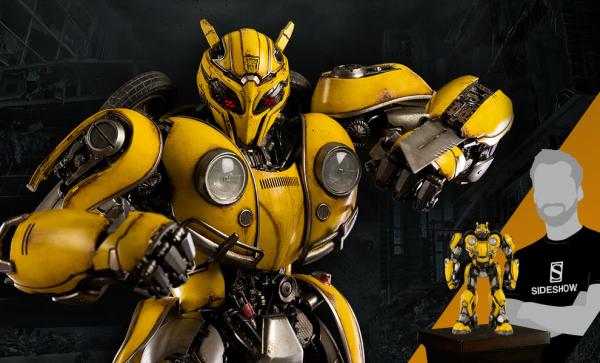 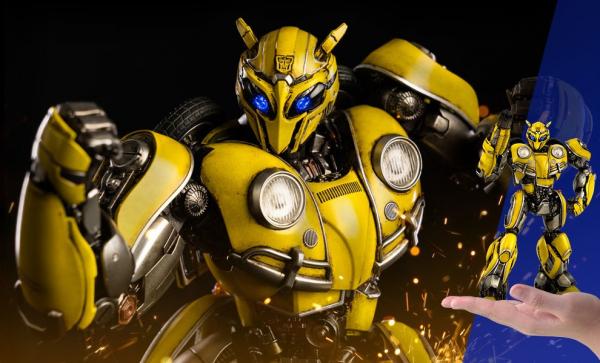 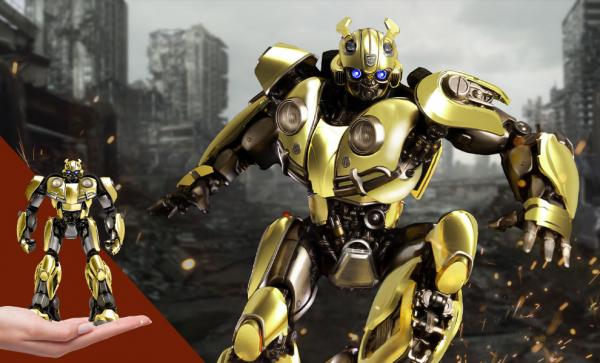 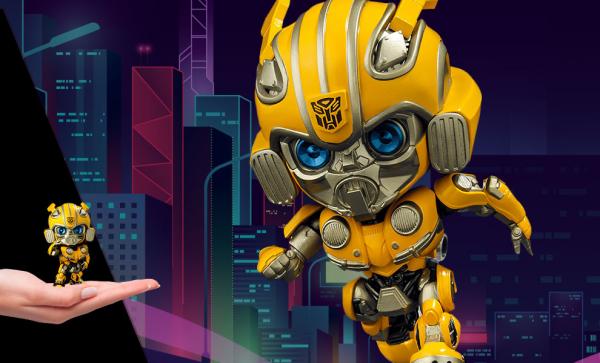