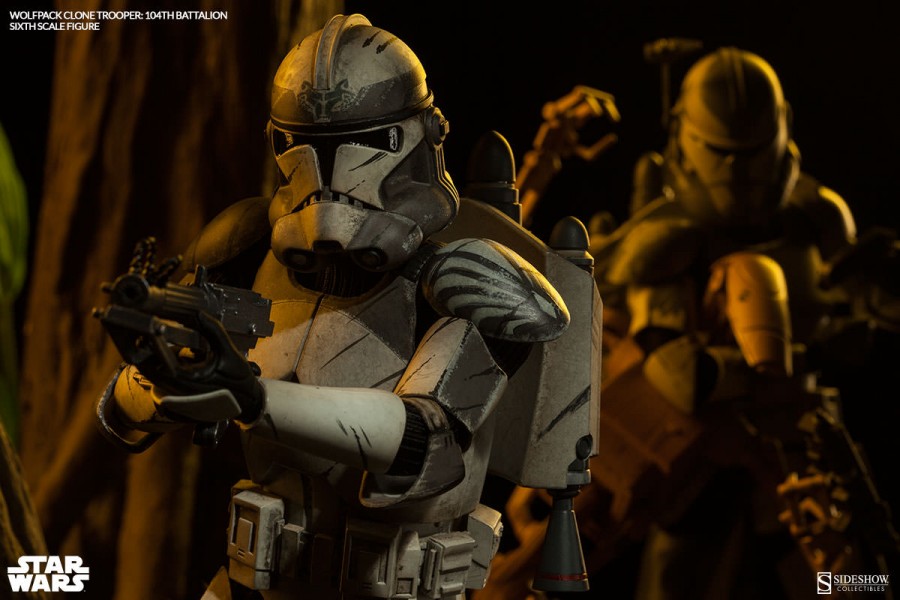 When it comes to hunting and tracking down the enemy, there’s no one better to call on than the brave and loyal Clone Troopers of the 104th Battalion’s famed Wolfpack! 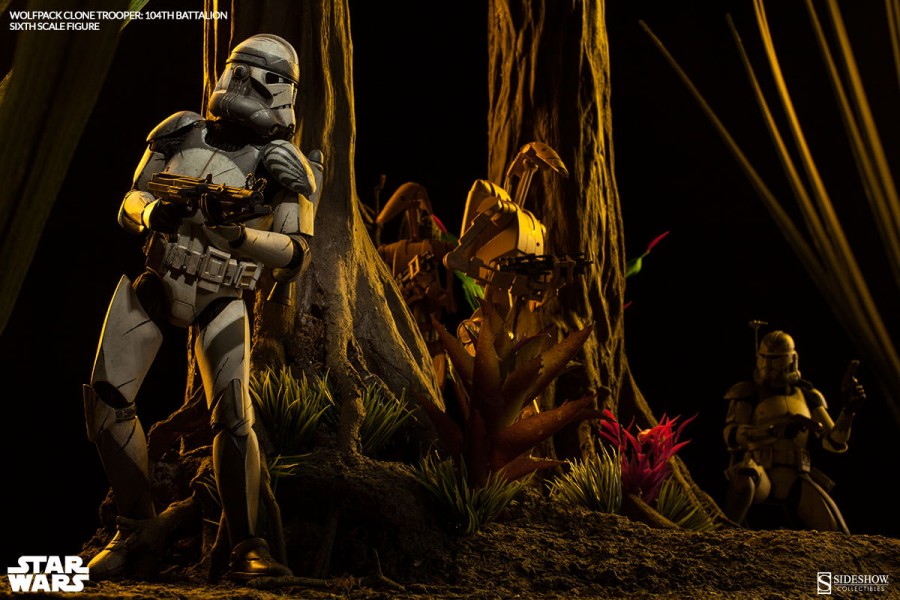 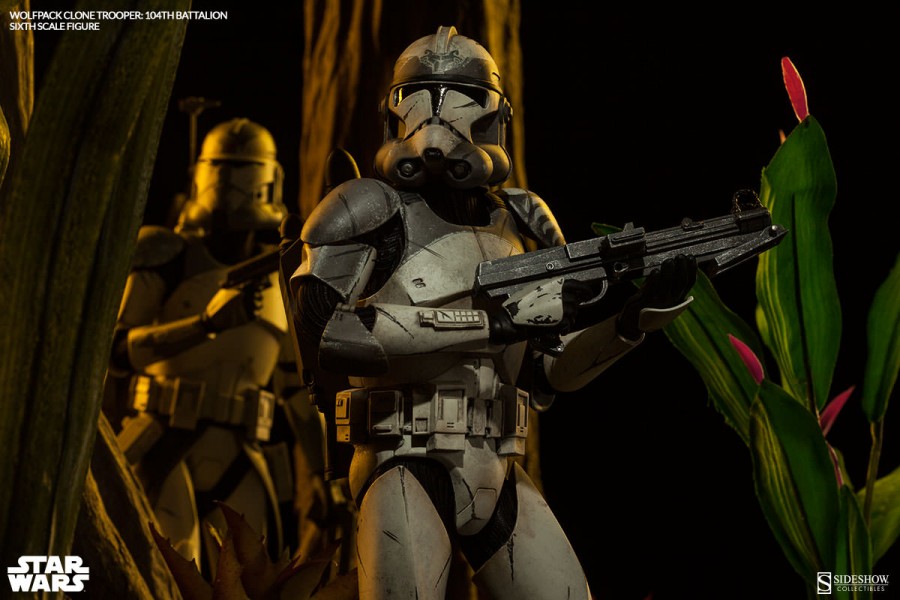 Under the command of Jedi General Plo Koon and Commander Wolffe, members of the Wolfpack squad identify themselves with a distinctive melancholy grey wolf motifs, designed to honor fallen comrades at the hands of the General Grievous during the Battle of Abregado. 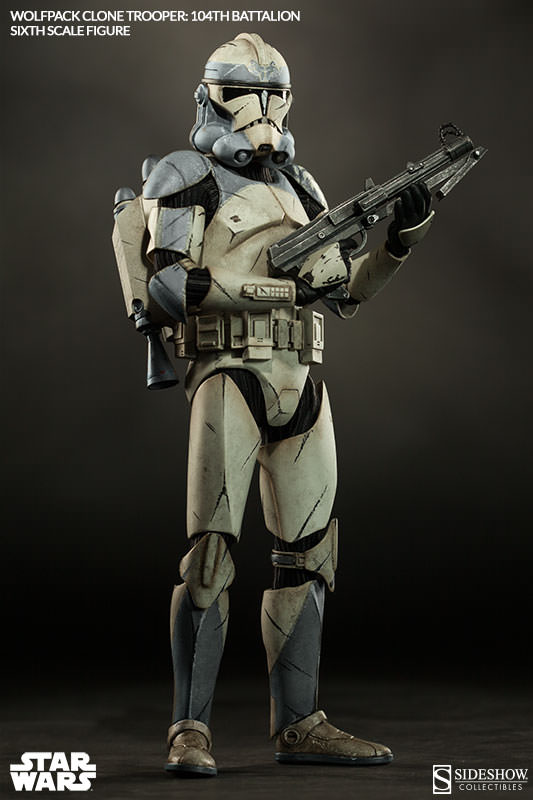 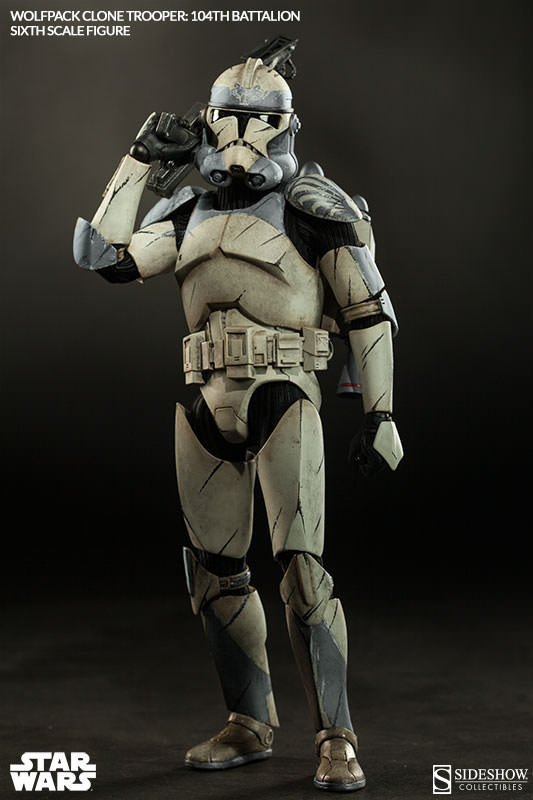 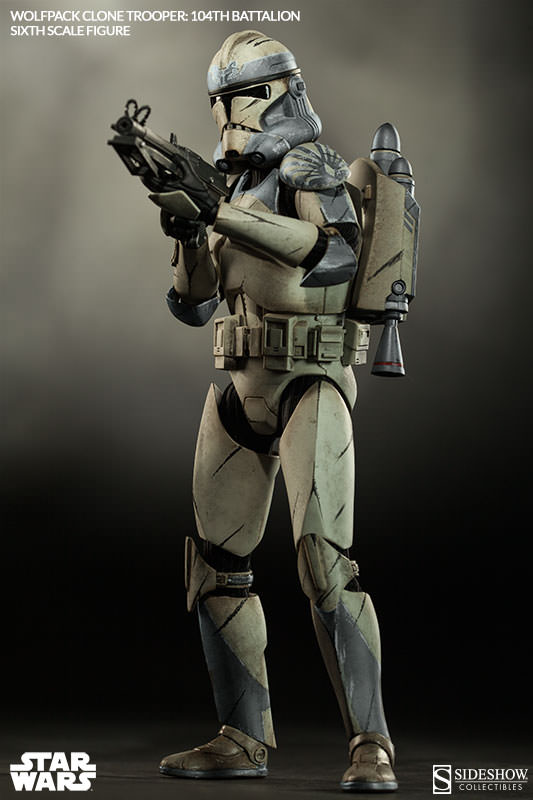 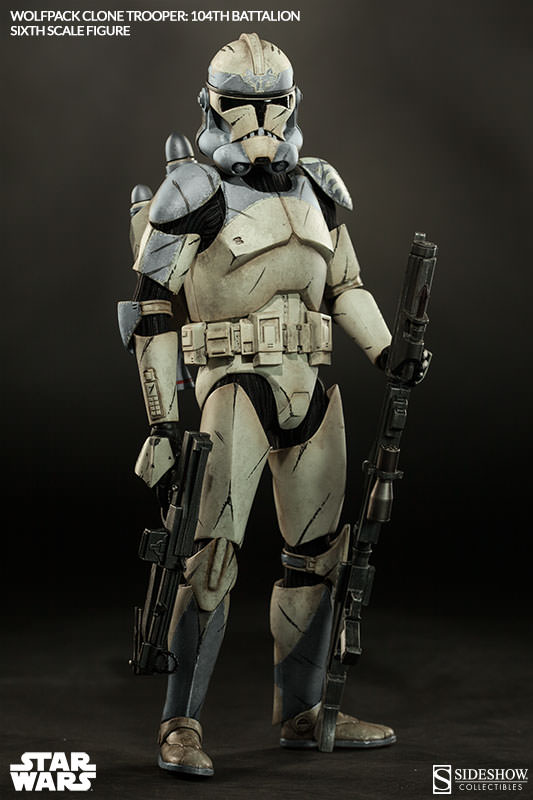 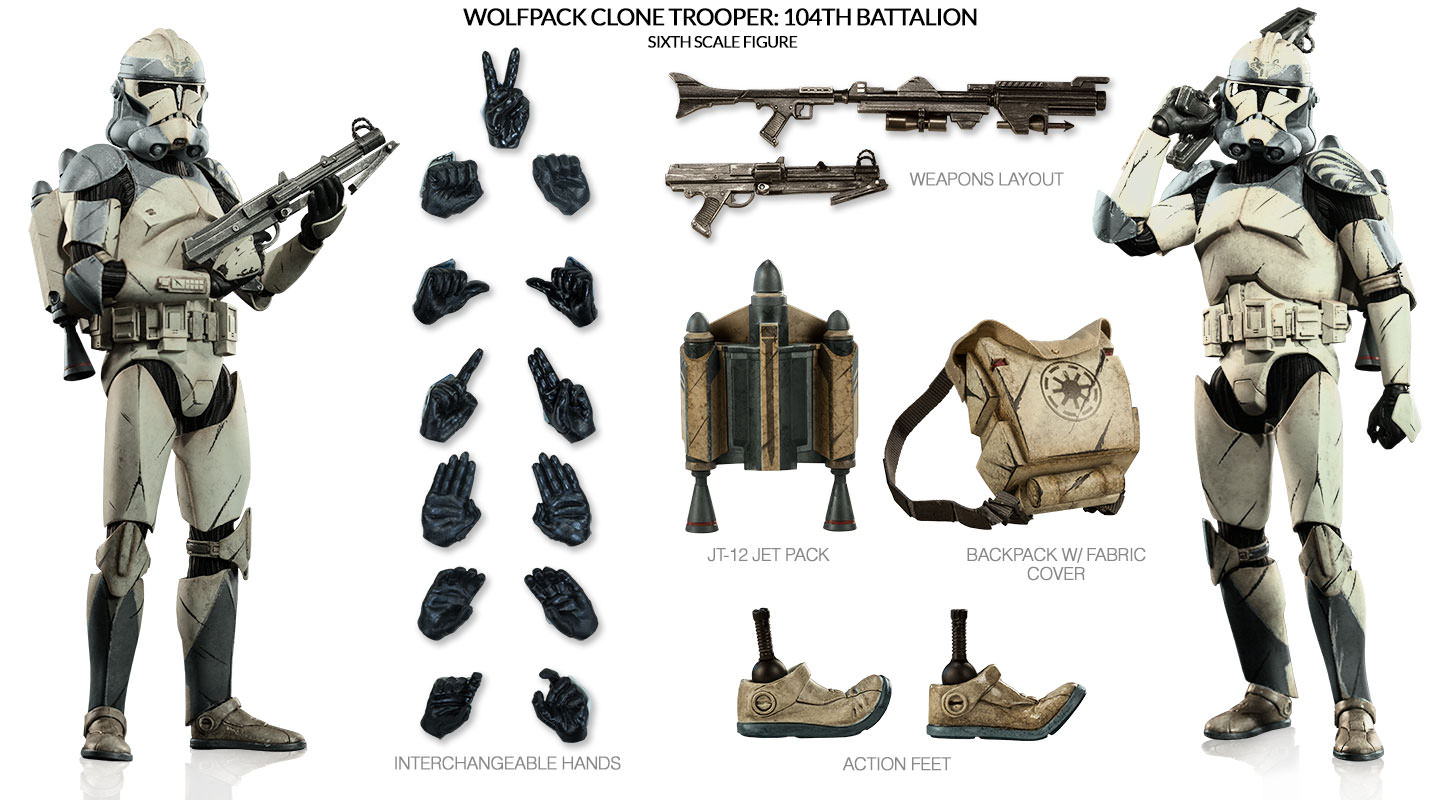 The Sideshow Exclusive edition will include themed base art featuring the Wolfpack symbol (shown below). 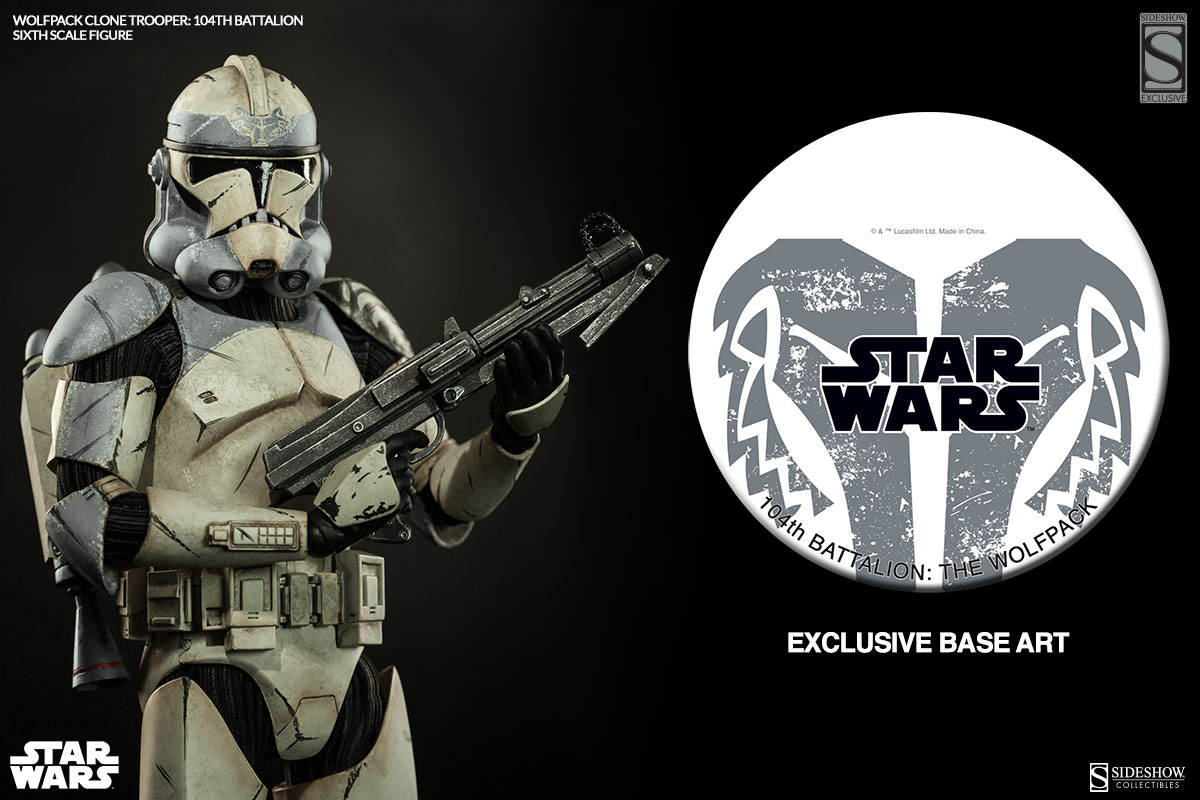 The regular and exclusive versions of the Wolfpack Clone Trooper: 104th Battalion Sixth Scale Figure will each be priced at $139.99, with optional payment plans available. Pre-orders begin this Thursday, May 22nd!