Are you ready to step into a realm unlike any other? A place where the wonders of antiquity wash up in the wilds like driftwood on a beach… A place where souls gather in secret, slowly building a rebellion… A place where Death, himself, is the guiding hand?

Then you might be ready for San Diego Comic Con 2017!

The Underworld is rising, and we want to welcome you into its embrace with a myriad of mythology, including both enticing new strangers and beloved familiar faces. Travel to Booth #1929 to be transported to the Land of the Dead, the epic realm of the Court of the Dead. 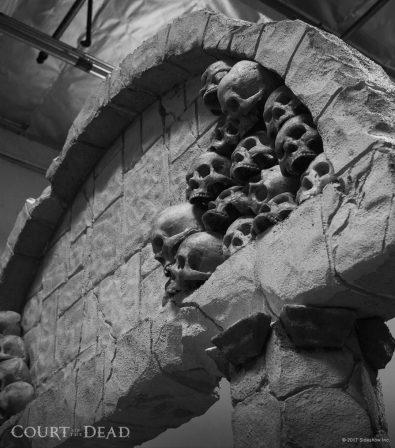 Sideshow will be showcasing a variety of products for mourners (that is, Court of the Dead fans) to enjoy. Mortal eyes will be treated to such delights as never-before-seen collectibles, a cornucopia of new books, new figure formats, art studies redesigned as product, and so much more.

Never-Before-Seen Collectibles & New Formats
First, fans will have a chance to see 10 brand new products that introduce more mysterious members of the Court, as well as shed entirely new light on well-known characters.

Glimpses of these ghastly figures have been appearing on Court of the Dead social media in the lead-up to San Diego Comic Con, but mourners in attendance will have the first opportunity to see these pieces in the Flesh… or Bone, or Spirit. Your favorite characters will also be making an appearance in some all-new formats that will be a must-have for Court collectors! 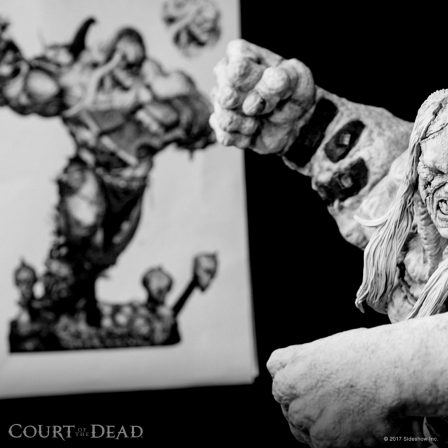 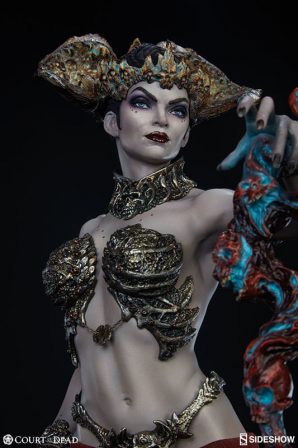 Journal, Sketchbook & Comics Omnibus
For the scholarly souls, Court of the Dead is excited to present a plethora of publishing, including the Chronicle of the Underworld Book, which debuted at SDCC 2016.

This year, three new publications join the universe handbook to round out the Court of the Dead library: The Deluxe Hardcover Sketchbook and Journal, and the Grave Tales Comics Omnibus. Let Court characters – such as Malavestros, and the Alltaker himself – guide your journey through the afterlife with these premium publications. 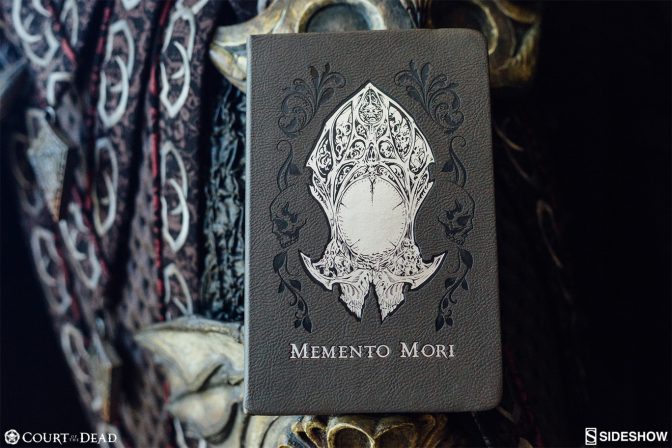 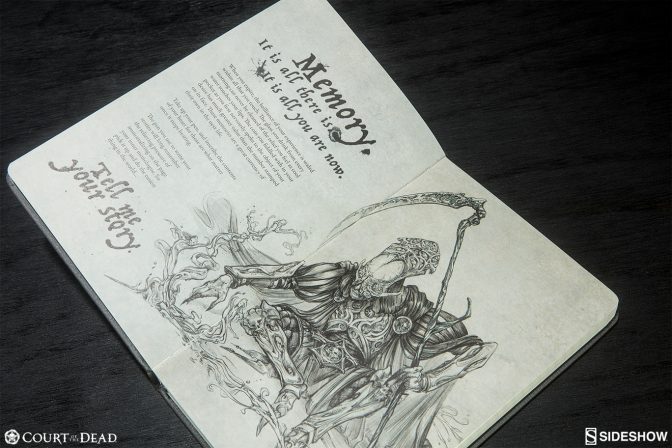 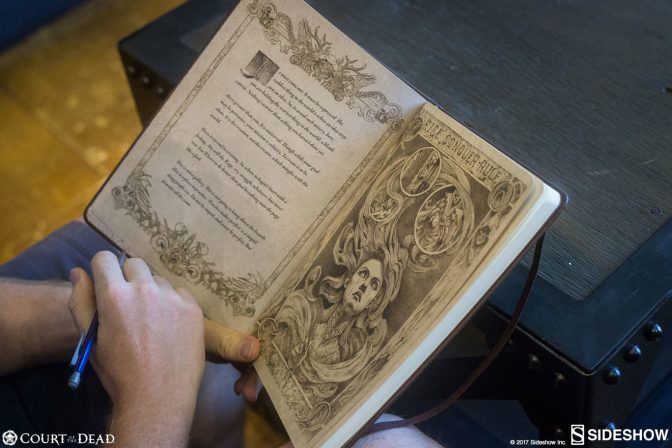 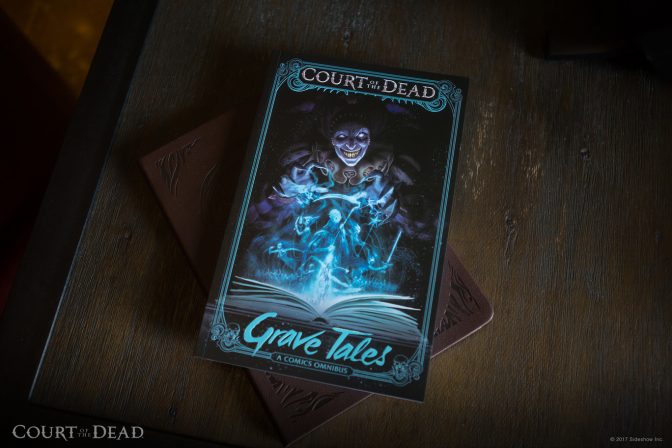 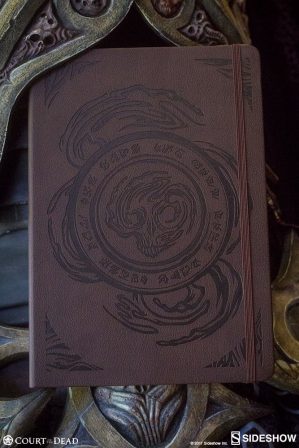 Redesigned Fan Favorites
Fan favorite figures Mortighull and Shieve will also be making a reintroduction debut at the show, redesigned and nearly ready for production as collectibles. These pieces may be familiar to longtime fans, but now they will be made available to mourners everywhere! 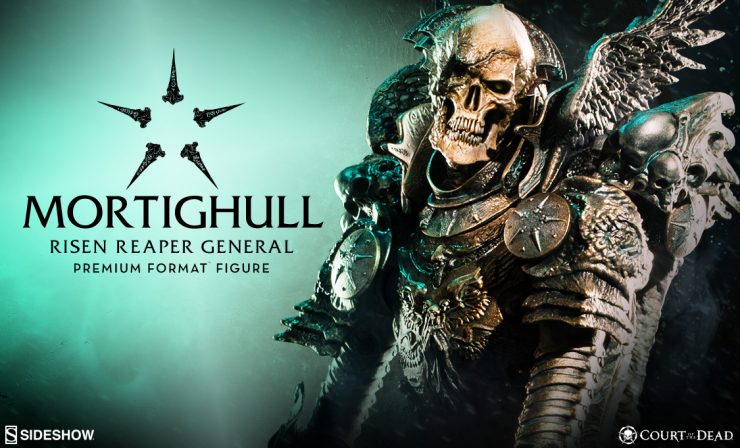 Licensed Product – Jewelry, Coins, Games and More!
A haunting variety of goods will be available at our licensee booths throughout the show floor, including the Han Cholo jewelry line at Booth #2616 (for the punk rockers out there); the Badali coin and jewelry line at Booth #532 (for those who rule at Renn Faire); Insight Editions at Booth #3721 (where all our publications will be available for purchase at the convention), and Project Raygun at Booth #1028 (where you can find convention exclusives if you are in a gaming mood… a very limited quantity will also be available through our website very soon). 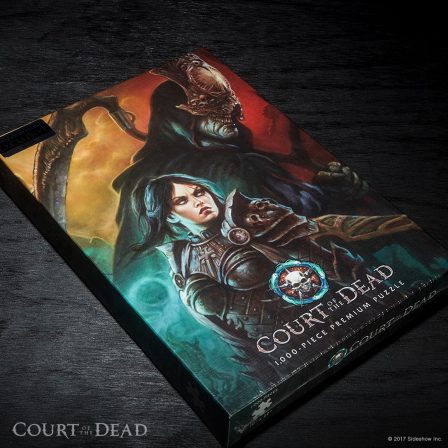 Start Your Court Collection
Finally, don’t forget to peruse the macabre and magical showcase of products that are Pre-Ordering and Currently Shipping from Sideshow. These pieces are the perfect way to extend your Underworld stay after San Diego, as you can order them from Sideshow’s website, and quickly have your own eerie emissary to the Court of the Dead at home. 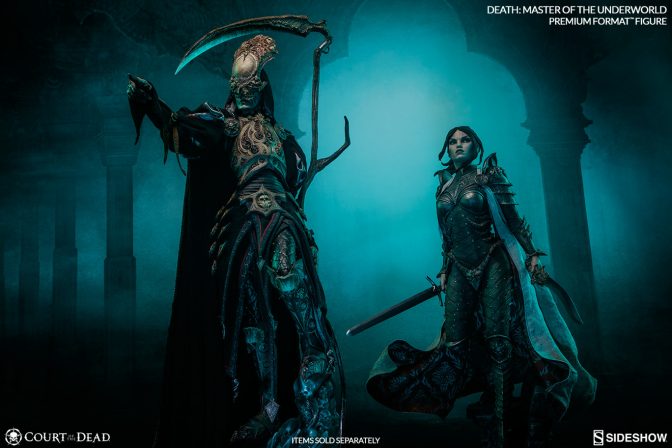 SDCC Special Activities & Promotions
Beyond visiting the Underworld and witnessing the many wonders at the Sideshow booth, mourners will also have multiple opportunities to interact with the Court of the Dead throughout SDCC, including a scavenger hunt and a ghoulish game of blackjack. Through these quests, lucky souls can earn ethereal exclusives including a pin featuring the likeness of Relic Ravlatch. More information can be found HERE.

Prepare to confront Death in San Diego this summer – Court of the Dead awaits you at Booth #1929 and beyond for the adventure of your afterlife.

Are you Ready for Danger? New Danger Girl Collection Incoming!