Namor. Sub-Mariner. King of Atlantis. First Mutant. Who is he? What does he mean to the MCU? Now that it’s confirmed Namor will be a central part of Black Panther: Wakanda Forever, fans are left to wonder how this powerful ruler’s character will be incorporated into the MCU’s Black Panther lore.

He has already received a breathtaking visual reimagining, with his character as well as the empire of Atlantis being infused with pan-Indigenous and Mesoamerican influences. Plus, Mexican actors Tenoch Huerta and Mabel Cadena will play Namor and Namora, with Venezuelan American actor Alex Livinalli as the warrior Attuma. Let’s take a deep dive into Namor and the character’s history. 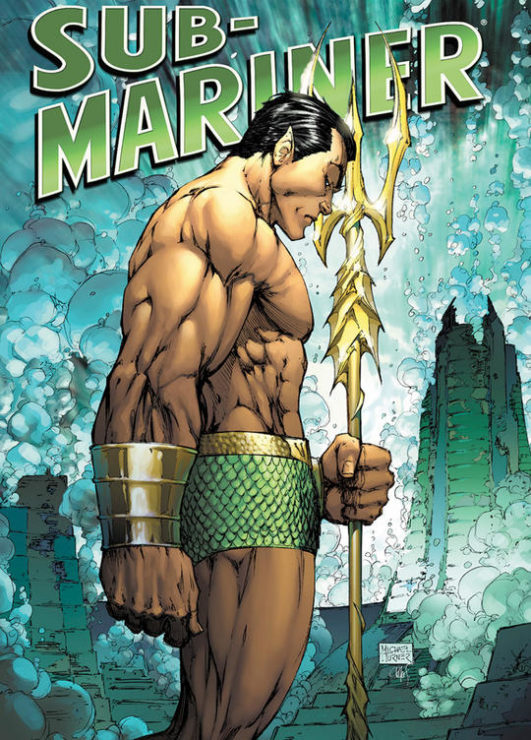 Namor was created by Bill Everett, who was inspired by Samuel Taylor Coleridge’s poem “The Rime of the Ancient Mariner.” He is the son of Princess Fen of Atlantis and Leonard McKenzie, a sea captain. Fen fell in love with McKenzie when she was on a mission from Atlantis to spy on the surface intruders. When she did not return, Atlantis attacked McKenzie’s ship, killing him and returning Fen to the city. Namor was born in Atlantis. 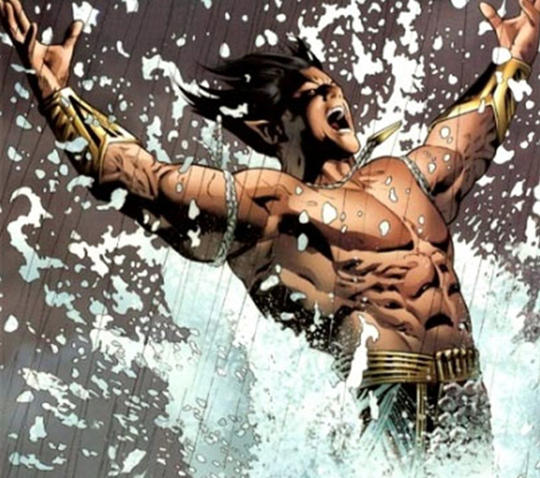 While there is debate over the moniker of “first mutant” for Namor (as he’s more often considered a human/mutant hybrid), he is certainly the first mutant to appear in the Marvel Comics universe. (Yes, Apocalypse is technically older in-universe, but does not make his first appearance in comics until 1986). With recent revelations in the Ms. Marvel finale, however, Namor’s status as a mutant does feel significant.

Namor is also one of the oldest appearing Marvel characters. His first appearance was in Motion Picture Funnies Weekly #1 in April 1939. This issue gave us an eight-page origin story for the Sub-Mariner. His next appearance would be in Marvel Comics #1 in October 1939, where he appeared alongside the original Human Torch. Namor’s appearances are threaded throughout Marvel Comics history, solidifying his place among the pantheon of comic book legends.

Namor has appeared in almost every single Marvel team of note: Invaders, Defenders, Avengers, Illuminati, The Cabal, X-Men, Dark X-Men and the Phoenix Five, just to name a few. In almost all cases, Namor is closer to an antihero. He only teams up with others when he believes it serves his own purpose to protect Atlantis. Namor is brash, hot-headed, and arrogant. He is more likely to ignore the suggestions of teammates than to follow them. On several occasions, Namor attacks the surface world to try and conquer it in the name of Atlantis.

In Rise of the Black Panther, after T’Challa wins the throne of Wakanda, he searches for missing Wakandans. In the search, Black Panther runs into Namor, who is simultaneously searching for lost citizens of Atlantis. They team up to easily defeat their mutual enemies.

Once that is accomplished, T’Challa reveals Wakanda’s existence, which Namor believes is a foolish move. This six-issue miniseries shows one of T’Challa’s first interactions with Namor and Atlantis. 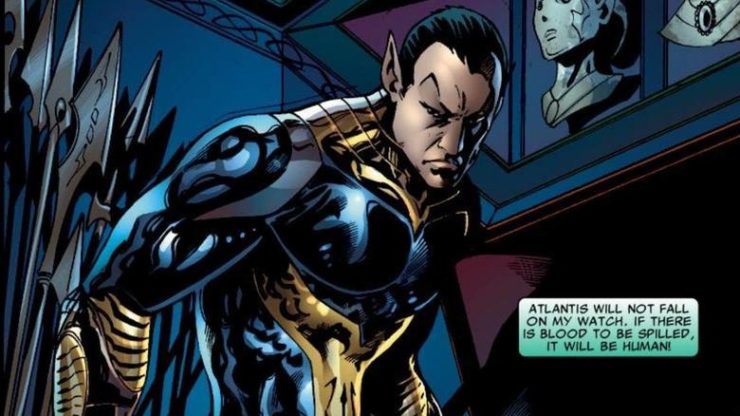 Despite this, Namor and Black Panther are not always on the same team. The Avengers vs. X-Men story line sets them against each other. This crossover event saw the return of the Phoenix Force to Earth. In this case, Hope Summers was meant to be the host.

The Avengers, in an attempt to destroy the Force, end up creating the Phoenix Five: Colossus, Magik, Namor, Emma Frost & Cyclops. The ensuing battle between the X-Men and the Avengers is brutal. While Namor is in possession of the Phoenix Force, he lays waste to Wakanda. This creates one of the many rifts between Wakanda and Atlantis.

(To learn more about the legendary clash between these two secretive nations, check out the History Behind the Atlantis vs. Wakanda Struggle.)

Namor, Doctor Strange, and the Skrulls

T’Challa is not the only hero Namor teams up with or sets himself against. Namor and Doctor Strange team-up on multiple occasions, and one in particular stands out. Keeping in mind that Secret Invasion is set to be released in 2023, one of Namor’s biggest team-ups with Strange is in The New Avengers: Illuminati. This limited series takes place after a Skrull/Kree war. 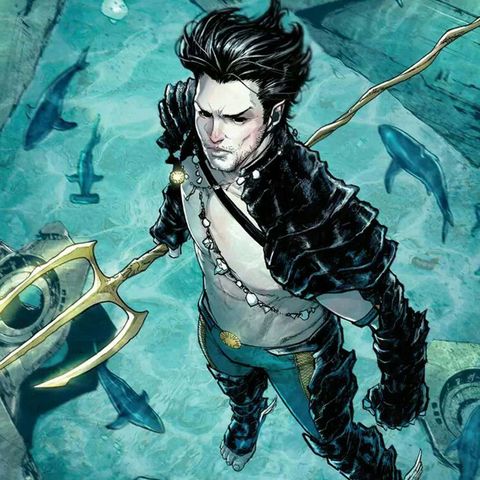 The Illuminati are formed of Namor, Doctor Strange, Reed Richards, Black Bolt, Iron Man, and Charles Xavier. The Illuminati travel to the Skrull homeworld to give a warning that the invaders must leave Earth alone. The team ends up captured and subjected to study by the Skrulls. Eventually, the Illuminati escape and end up pitting themselves directly against the Skrulls with a special appearance by The Beyonder.

This limited series leads into the infamous Secret Invasion, wherein the Skrulls infiltrate every corner of the Marvel universe, including the Avengers themselves. 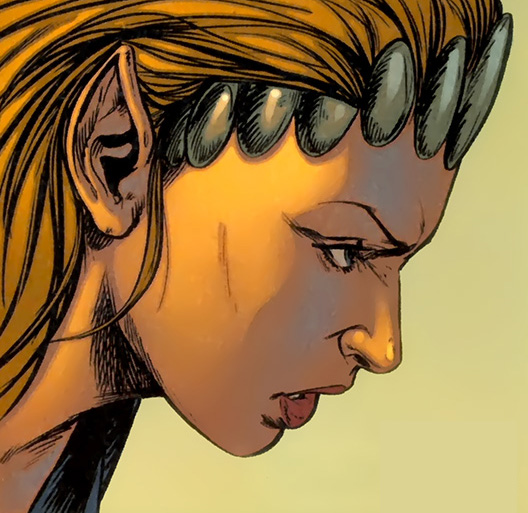 As shown in the Black Panther: Wakanda Forever trailer, Namor will also be joined by legions of other Atlanteans as his oceanic empire clashes with Wakanda. Many of Namor’s fellow Atlanteans are blue — Namor’s lack of blue skin has often been ascribed to the fact this his father is human while his mother is Atlantean. Of course, the MCU could offer a different explanation, and it does seem as if these blue Atlanteans require breathing devices when on the surface.

Among all the Atlanteans, Namora is perhaps one of Namor’s closest confidantes. In the comics, like Namor, she is a human-Atlantean hybrid. The two are cousins through the Atlantean royal family, though in the comics Namora does not often have blue skin. Shortly after her first appearances her skin tone was shifted from Atlantean blue to match Namor’s. Instead, the blue skin is usually reserved for her clone daughter, Namorita. Incidentally, Namorita was part of the New Warriors who sparked the Civil War comics event. 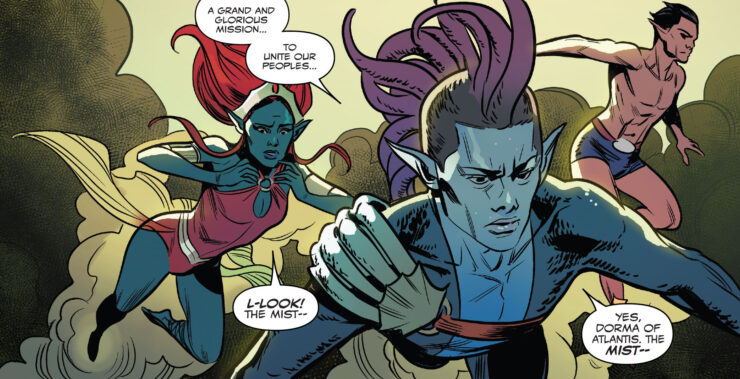 On the other hand, Attuma has been a friend, a rival, and a bitter enemy of Namor throughout their comics history together. Attuma is from the Sarka Tribe, an exiled group of Atlanteans. For this reason, he has always longed to gain control of Atlantis. Over the years, Attuma has worked for Doctor Doom, partnered with Kang the Conqueror, attempted to terrorize surface dwellers with a dangerous rare metal called Nautilium, and he even abducted Jean Grey’s sister Sara! After Atlantis’ war with Wakanda, Attuma does offer to help Namor rebuild Atlantis until they’re both attacked by the Squadron Supreme.

Namor Reading Order — Where to Begin?

Fans have been calling for Namor’s MCU appearance since the first Atlantis allusions were made in Iron Man 2 and Avengers: Endgame. So it’s about time the King of Atlantis makes a splash. 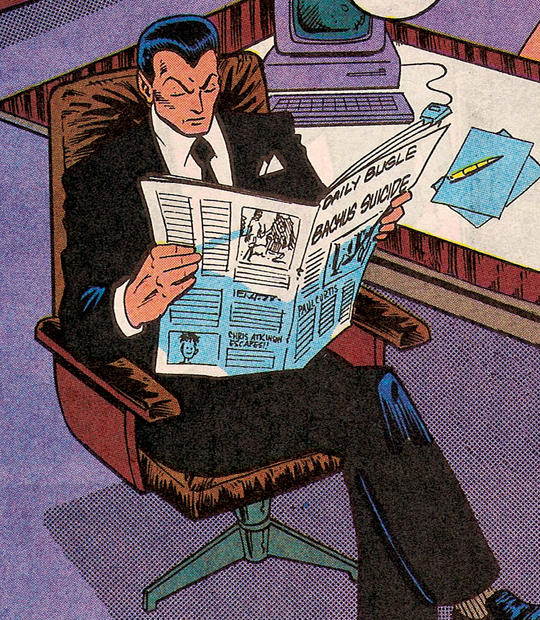 If you want learn more about the Sub-Mariner before Black Panther: Wakanda Forever, there are quite a few places to look. To start from the beginning, check out Timely’s Greatest: The Golden Age: Sub-Mariner – The Pre-War Years. This omnibus starts from the beginning of Namor’s history with Marvel Comics, when they were still known as Timely Comics. This hardcover is followed by the Post-War Years omnibus.

And now, while we wait for Namor to emerge from the depths of the seas…

What are your favorite Atlantean storylines in Marvel Comics? Do you have any Namor-related predictions for Black Panther: Wakanda Forever before its release on November 11, 2022?

Join the conversation alongside other MCU fans in the Let Your Spoiler Sideshow Facebook Group, and don’t forget to Let Your Geek Sideshow! 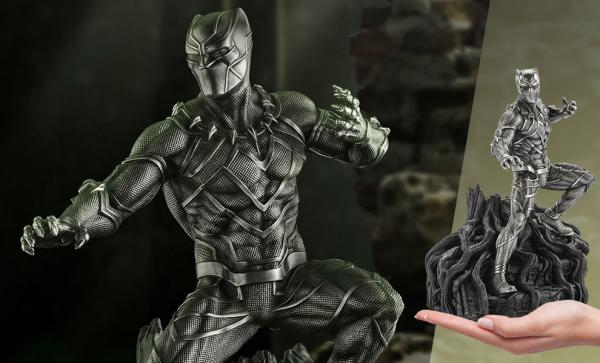 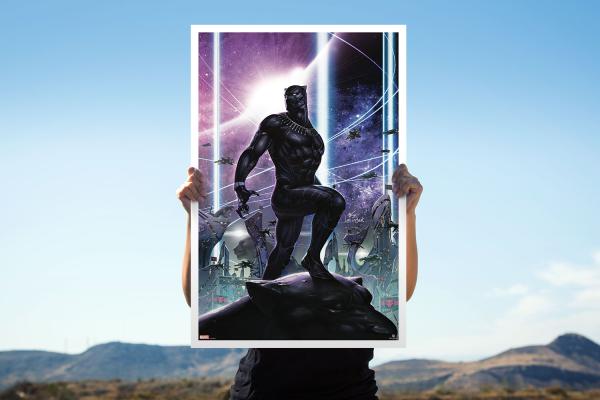 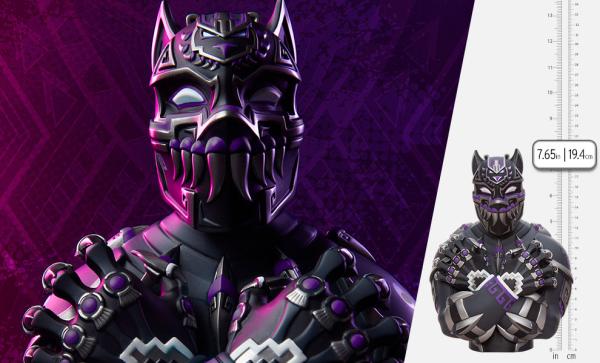