Photos and story by Terry Smith

British actor Anthony Daniels lent an unforgettable physical performance to the golden droid of Star Wars, and ever since, C-3PO’s posture and mannerisms have left a distinct impression on millions of fans. As photographer Terry Smith prepared for a photo shoot of Sideshow’s sixth scale Threepio, he recalled an interview in which Daniels described the first time he laid eyes on the Artoo and Threepio concept painting by Ralph McQuarrie.

“Daniels makes it very clear that his first look at the McQuarrie art inspired his performance from the beginning,” Smith explains. “And that’s when the idea struck: Why not also have the shoot be inspired by McQuarrie’s painting? I couldn’t think of a better way to connect Sideshow’s Threepio figure with the art and performance that inspired the character.”

Even in this early rendering, Threepio already has a somewhat startled look, and Artoo reveals traces of his spunky nature.

“I wanted real sand and blowing dust, backed by multi-hued skies over an alien landscape. And, in keeping with the tradition of the original films, I wanted it all to be all practical, in-camera, with minimal or no effects applied in post.” 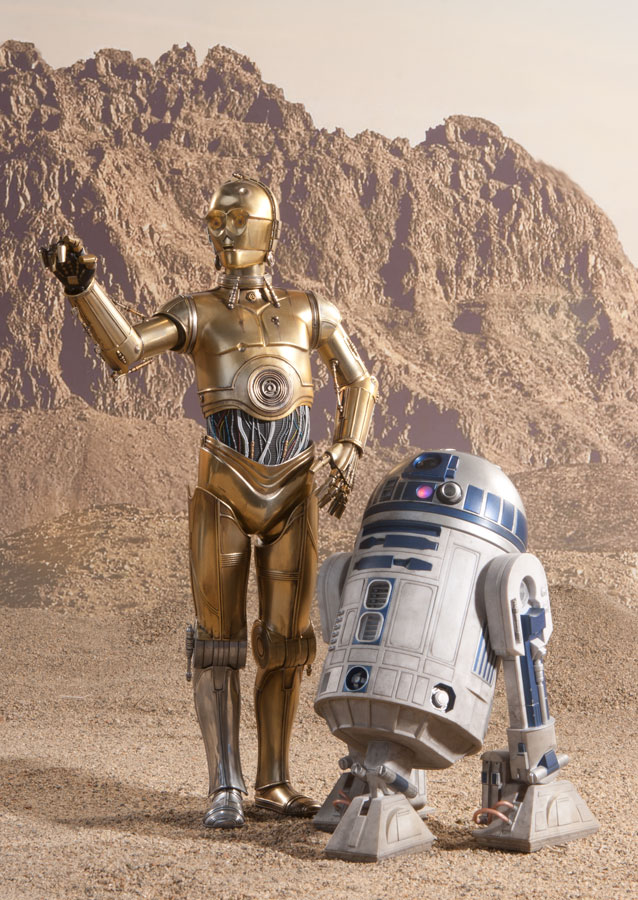 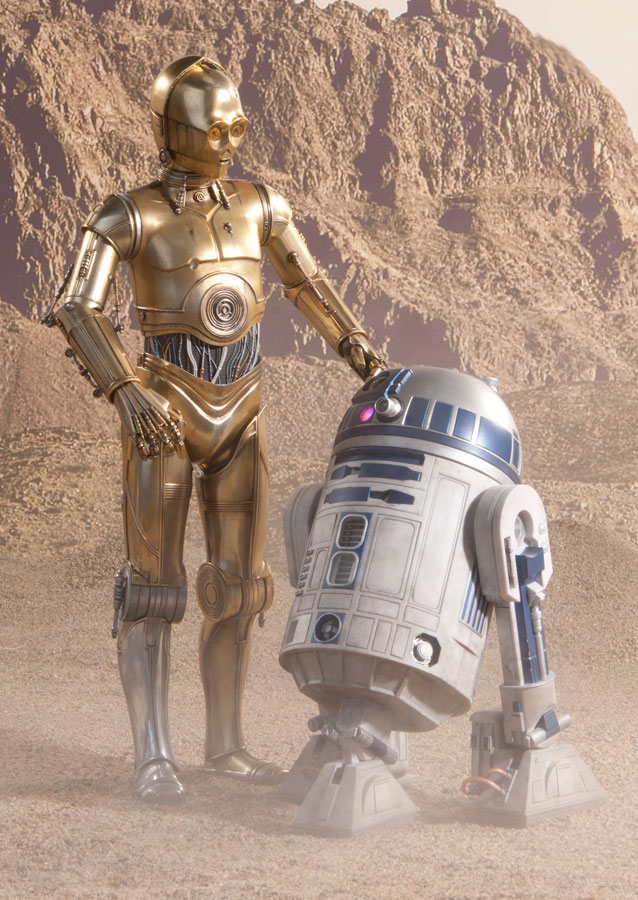 “With the help of our Graphic Arts Department, I created a large scale digital matte painting of the mountains and sky. I set up the camera on a tripod, and began building the miniature set within the frame. After adding the sand and rocks, and posing both droids into the picture, I set up strobes to provide a close approximation to bright sunlight. While using one hand to hose down the set with Fantasy FX Haze Spray, I used the other to fire the camera remotely, dragging the shutter to bring out the lights. It took several attempts to get the ‘dust’ exactly right, but overall, I’m pretty thrilled with the final image.” 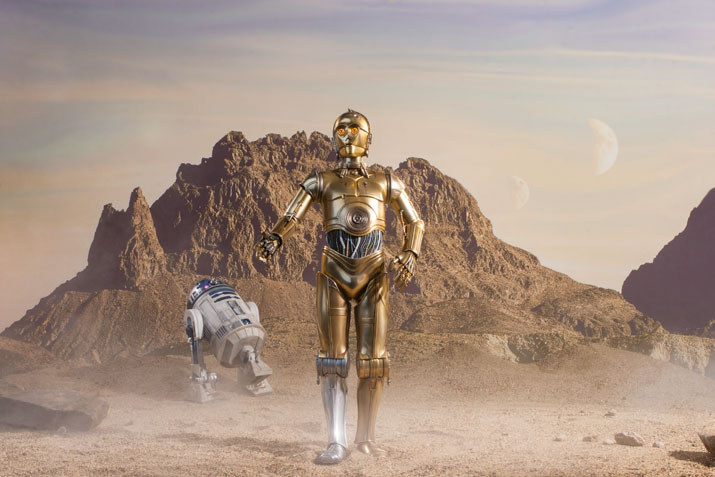 Get to da choppa! You've gotta see this house...