Is He Cool? Yeah, He’s Cool- Michael Rooker and the Mary Poppins Meme!

Yondu became an overnight sensation after the premiere of Guardians of the Galaxy Vol. 2, which gifted audiences with amazing new characters, a rocking soundtrack, and most importantly, one of the most popular Marvel memes that is practically perfect in every way.

It seems someone is trying to get this beautifully crafted classic a redo with a different actor playing Mary, well I for one am not into redoing or fixing anything that ain't broke. But i'll tell you what, if this Mary Poppins person is cool, and down with the Blue, then… I'm Mary Poppins Y'all

While the second Guardians film had plenty of hilarious moments and scene-stealing lines, none captured the hearts of fans so much as Yondu’s epic, “I’m Mary Poppins, y’all!” as he floated gracefully down from a battle, clutching his yaka arrow.  Since the film, the meme has taken off, no one embracing it moreso than Yondu himself, Michael Rooker.

A post shared by Sideshow Collectibles (@sideshowcollectibles) on Jul 22, 2017 at 9:34am PDT

During San Diego Comic Con 2017, Rooker got to meet his Hot Toys sixth scale self, and absolutely loved it! 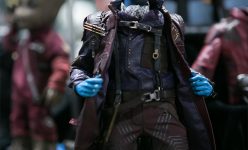 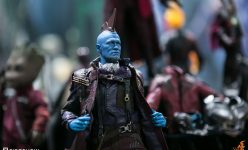 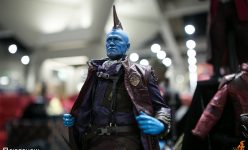 Yondu and Mary Poppins are now the two coolest characters in the galaxy.  Michael Rooker has even made sure to appropriately accessorize himself- we heard his badge from SDCC even said “Mary Poppins” on it!  Yondu blue even became one of the most popular colors for cosplayers this summer.  At other conventions like D23 Expo, just before Comic-Con, dedicated costumers were already making mash-ups and declaring, “I’m Mary Poppins, y’all!” with pride.

His phone case is Mary Poppins, y'all! #MichaelRooker #GotGVol2 pic.twitter.com/52DFcnPjXK

Michael Rooker has been the meme’s biggest advocate, and certainly embodies the cool spirit of Mary Poppins and the savage ravager that is Yondu.  And in the end, aren’t we all Mary Poppins, y’all?

Don’t miss out on any information on this cool blue guy coming soon!  Click on the Yondu image below to be taken to his Online Comic-Con preview page, where you can RSVP for more information about the Hot Toys Yondu Sixth Scale Figure, such as Pre-Order date and product features, and we’ll notify you as soon as we have more information! 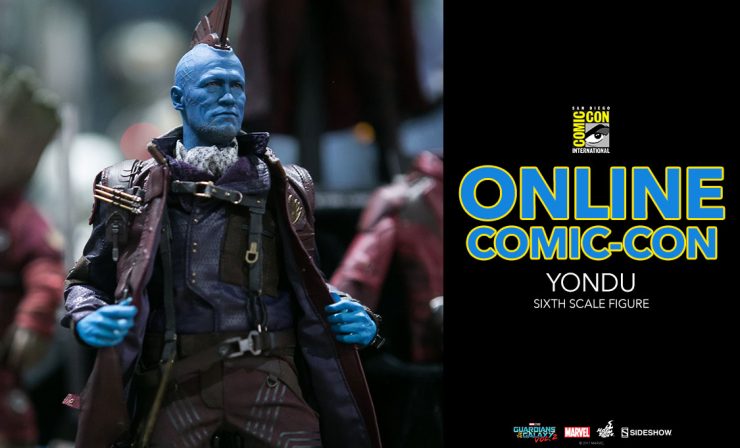