It’s Gotham Against Krypton in the Batman vs Superman Diorama 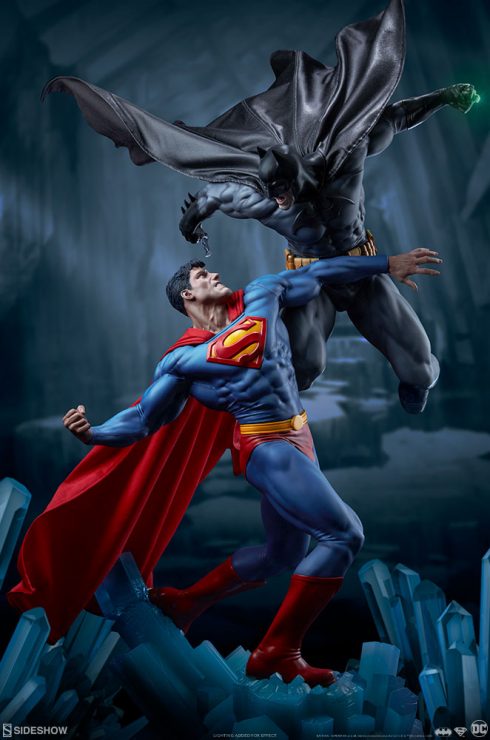 “It’s way past time you learned what it means to be a man.”

Sideshow is proud to present the Batman vs Superman Diorama, the superhero clash of the century! 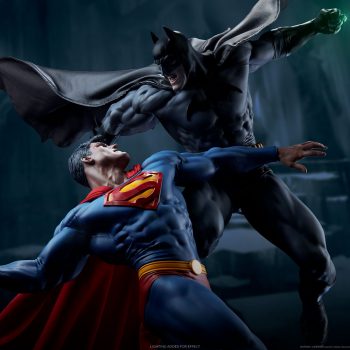 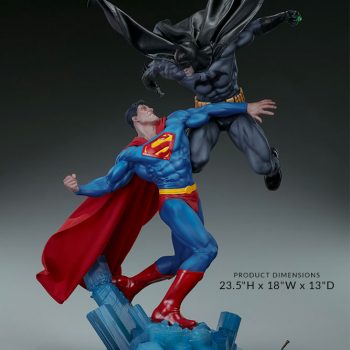 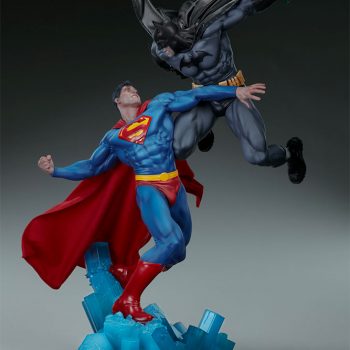 It’s the Man of Steel versus the Dark Knight in an epic showdown in the Fortress of Solitude! Measuring 23.5” tall, the dynamic Batman vs Superman Diorama pits these two classic comic characters against one another in their rivalry over the proper path to justice. The crystalline Kryptonian hideout erupts into chaos as Batman prepares to strike, while blue pillars crack and crumble as Superman braces himself for the fight. 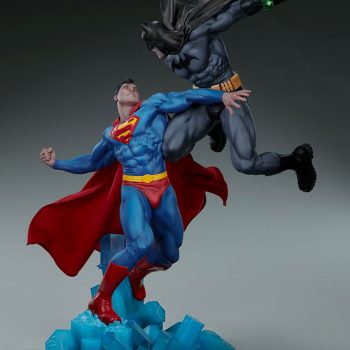 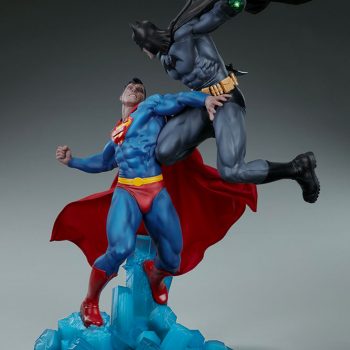 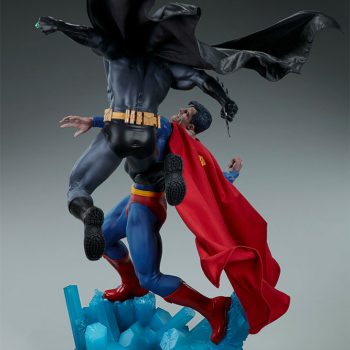 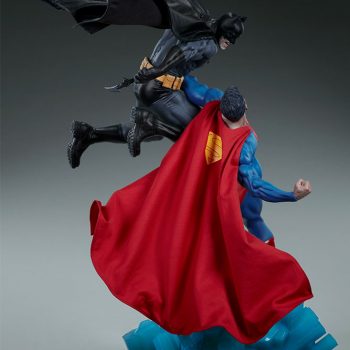 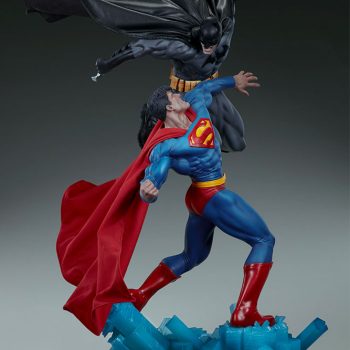 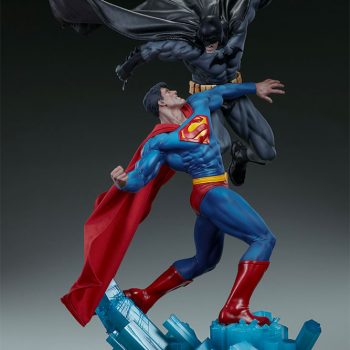 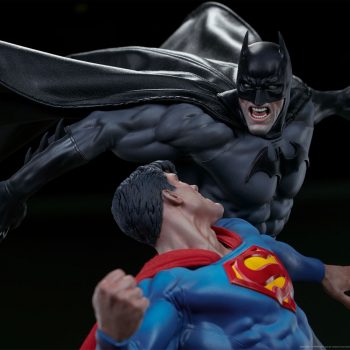 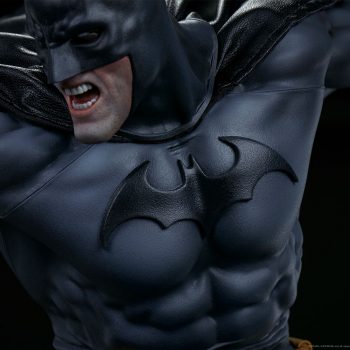 The resin Batman vs Superman Diorama features two highly-detailed, sculpted superheroes in an exhilarating composition that makes a spectacular centerpiece in any collection of DC Comics figures. Batman wears his iconic black and grey suit, with a raised bat symbol on his chest and his yellow utility belt at the ready, while he holds a Batarang and prepares to punch Superman with his Kryptonite ring. 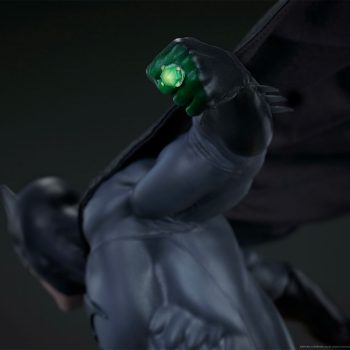 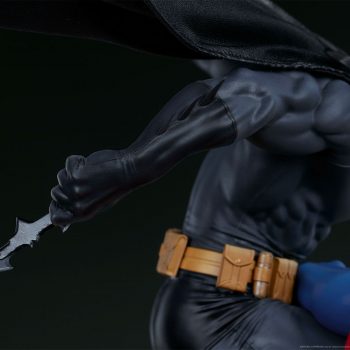 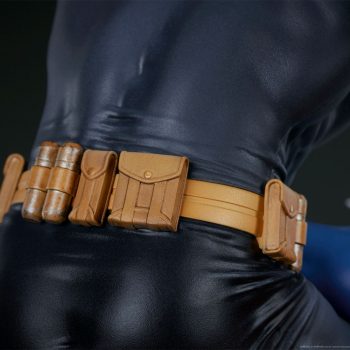 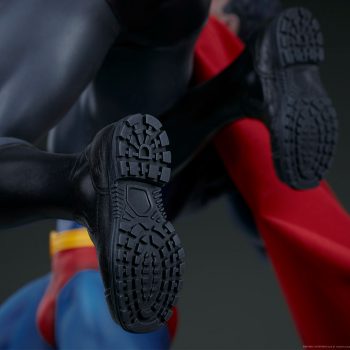 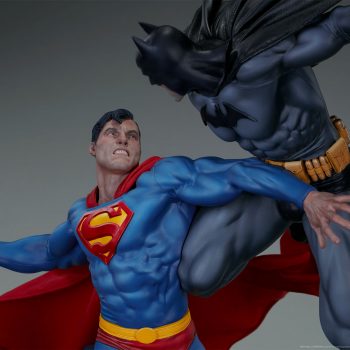 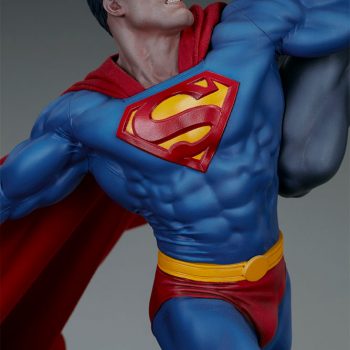 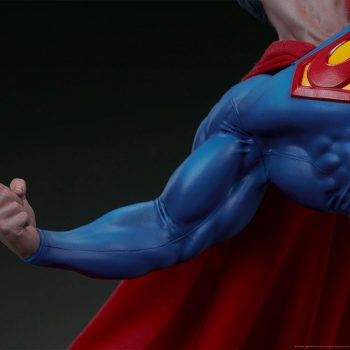 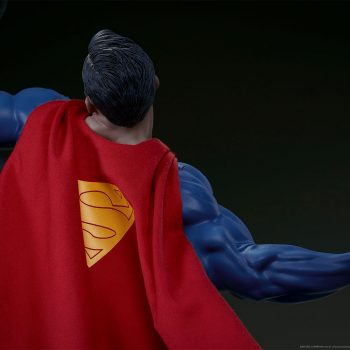 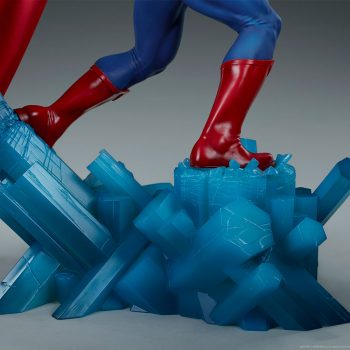 The Last Son of Krypton winds up to hit back with a super punch of his own and stop the Bat in his tracks. Superman features his famous colorful costume, a blue suit complete with his yellow belt and red trunks and boots. Both Batman and Superman also feature tailored fabric capes with internal wiring for custom posing options. 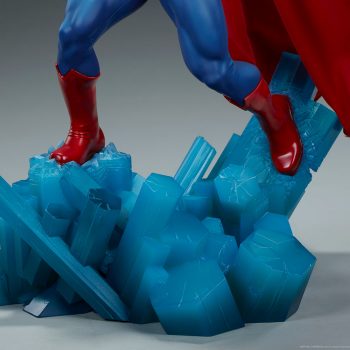 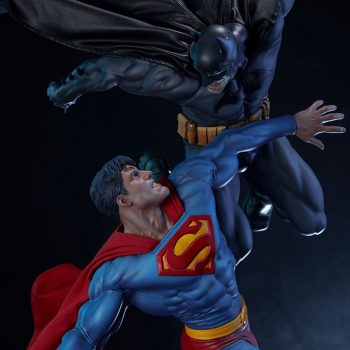 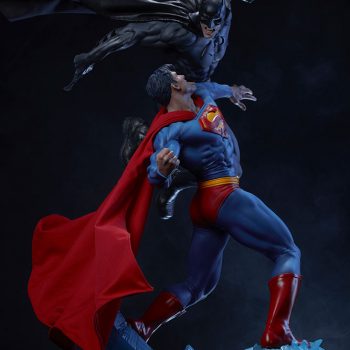 The Exclusive Edition of the Batman vs Superman Diorama includes a swap-out Superman portrait featuring his heat vision in action. Level the playing field with this exciting additional display option. 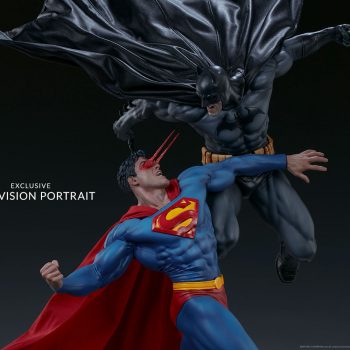 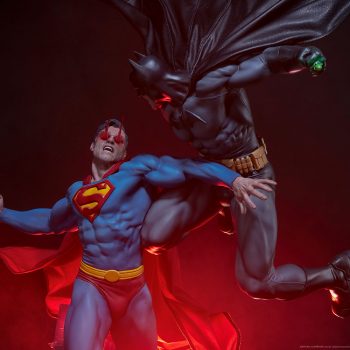 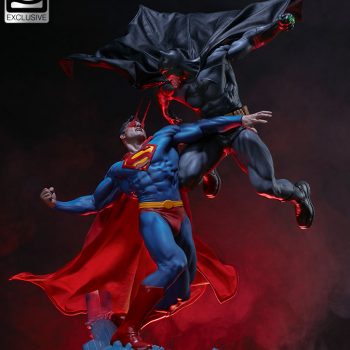 The Batman vs Superman Diorama will make the world’s finest addition to your DC collectibles. Bring home this exciting and timeless battle to your own DC Comics collection today! 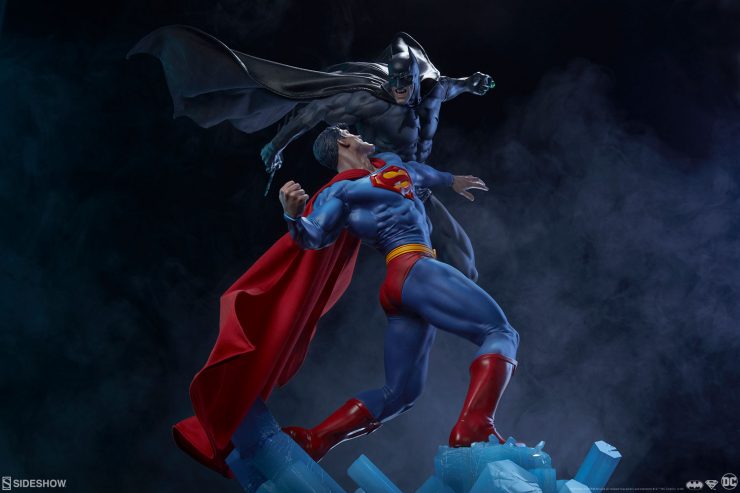