As Spooktacular lunges into Day 2, we thought we’d take a look at some more creatures of the night who prove that you don’t need sleep to function- you just need some braaaaaaains!

In honor of zombies, enjoy our List of the Living Dead as we help you to know your zombie classifications! 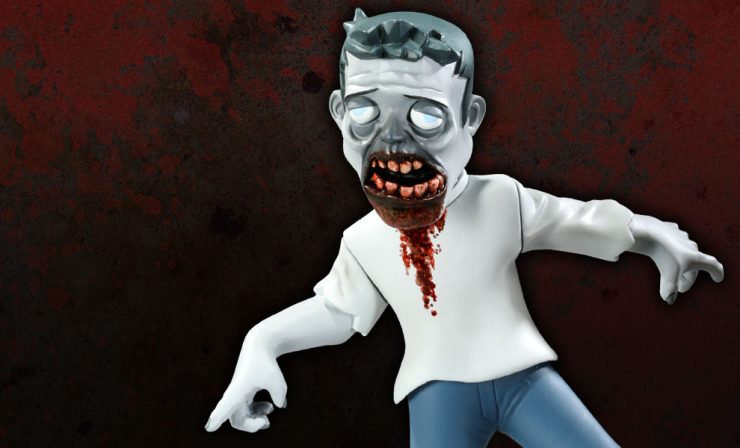 When you first hear the word ‘zombie’ you probably think of the Romero, so called for George Romero, best known for Night of the Living Dead. The Romero zombie is your standard pop culture zombie, the stinking, rotting shadows of humanity.

These shambling corpses are a current pop culture favorite, and are the template for many types of zombies that have followed in film, video games, and comic media.  They crave your brains or your flesh, generally have a slow and clumsy gait, and are easily done in with a good shot to the head.  Whether they’re walkers, stalkers, biters, or crawlers, these popular zombies feature heavily in nearly any film that ends in “of the Dead”.

Cursed zombies are usually reanimated by some form of dark magic or or, well, curse that pulls the body from its peaceful afterlife into a tortured existence.  Usually, cursed corpses serve the one who cast the spell, and are best destroyed by cutting off the source of magic.  Otherwise, they could be continually resurrected.

The Necromancer class in Dungeons and Dragons specializes in resurrecting the dead to do their bidding, creating cursed zombies.  The film Pet Sematary also makes use of the cursed zombie theme.

Host zombies are those unfortunate humans who have been overcome by a parasitic entity like an alien or a fungus.  This classification of undead became popular in the 2000’s after the discovery of the cordyceps fungus, which zombified ants and caused them to behave erratically.

These zombies can be seen in media like the 2006 film Slither and the widely-acclaimed video games The Last of Us and Half-Life.  Usually they have some additional growth or appendages representing the transformation and bonding of the host parasite.  The Last of Us actually utilizes the exact concept of the cordyceps fungus, while Slither and Half-Life depict alien worms and crabs which enter through the brain.

Carrier zombies are also known as the “Infected” in a lot of zombie media.  They are the victims of a biological pathogen, such as a virus or a fever that induces insanity, cannibalism, and necrosis.  They are usually seen around hospitals, having turned due to illness.

The zombie virus is usually spread like a contagion, resulting in a quick decimation of densely populated human areas.  The film 28 Days Later and the first-person shooter game Left 4 Dead are both popular examples of zombification through pathogens, and both works begin in a hospital setting.

Possessed zombies are similar to the cursed zombies in that there is usually an outside force controlling them.  Usually, the outside force takes over both the body and mind of the zombie (if there is much of a mind to begin with), and can be a supernatural entity like a restless ghost or a particularly spirited demon.

Possessed zombies often are capable of speech, which many others aren’t.  They might want brains, or they might want souls, and are usually much more evil and powerful than the typical reanimated corpse.  Just look to The Evil Dead or Army of Darkness for some popular examples of the possessed zombie. 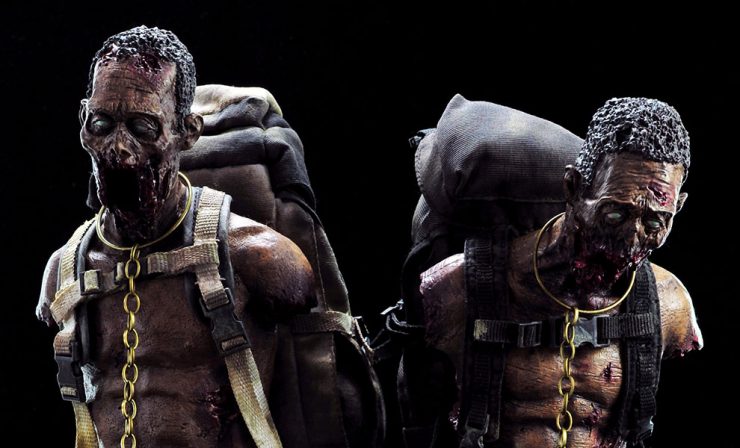 Join us all week long for Spooktacular fun, and be sure to read our Survival Guide.  No guarantees it will help you survive a zombie apocalypse, however…