Sideshow is proud to introduce the Malavestros: Death’s Chronicler-Fool Premium Format™ Figure from our original Court of the Dead collection.

“When I look into the mirror and see…I sometimes forget who I am supposed to be. A champion?  A warlord? A King who must rule? Perhaps I am just a lowly fool?”

Nothing is ever what it appears to be in the Underworld, and thus it would be wise not to dismiss Malavestros as comic relief in the Court of the Dead. Despite his grotesquely playful visage and unpredictable antics, Malavestros is an invaluable cache of truth. He may choose to dispense his wisdom wrapped in morbid humor and seasoned with acerbic pranks, but that does not lessen their veracity. 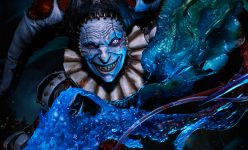 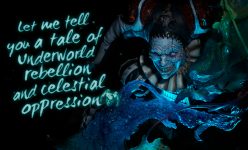 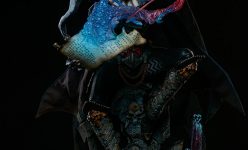 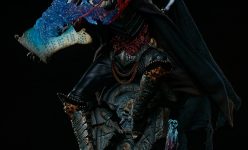 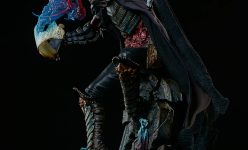 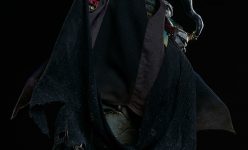 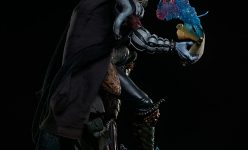 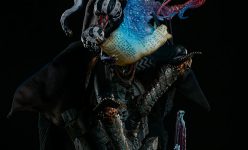 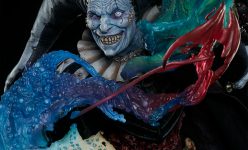 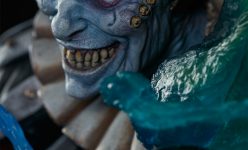 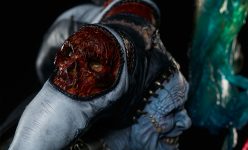 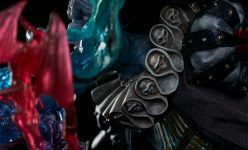 As “mourners” (citizens of the Underworld) delve further into the mysteries and intricacies of the Court, they will soon learn that no Court of the Dead collection is complete without Malavestros, the Alltaker’s impish chronicler-fool.

Standing over 20” high, Malavestros is bedecked in bone-chillingly baroque garb, from his cummerbund of glossy guts, to the plethora of decorative skulls that festoon his wardrobe. He is a striking – if somewhat outlandish – figure within the Court of the Dead.

The figure’s highly-detailed base features an eerily levitating cracked tombstone, stately crumbling architecture, melting candles and all manner of delightfully macabre flotsam from the Mortal Realm. 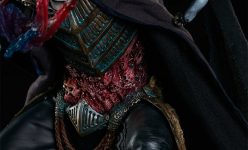 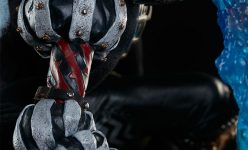 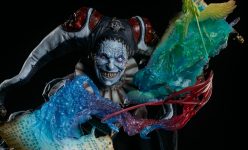 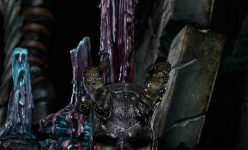 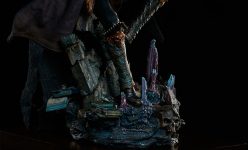 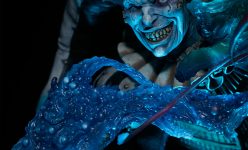 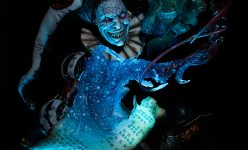 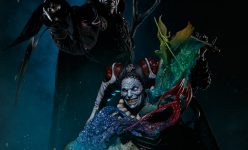 Our team captured every minor detail of this unusual and fascinating character, poring over ever minor subtlety, from the knobby knuckles on his ringed blue fingers to the scuffed tips of his curly-toed shoes.

However, for many of us, it is the exquisitely-rendered scroll unfurling in Malavestros’ hands that is the crowning achievement of this museum-quality collectible. Illustrating the violent truth of Heaven and Hell in vivid hues and lurid detail, it is a complex and impressive focal point for Death’s chronicler. 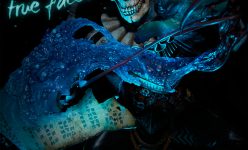 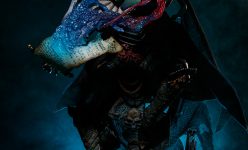 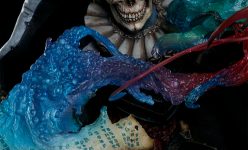 Sideshow’s Malavestros: Death’s Chronicler-Fool Premium Format ™ Figure will be priced at $599.99 and will be available for pre-order on April 1st, 2017. 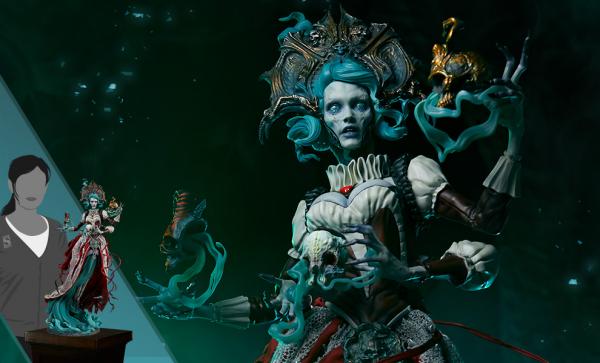 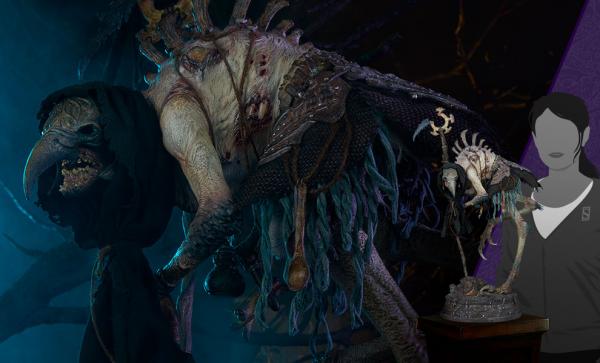 Nothing ‘Standard’ about Sideshow