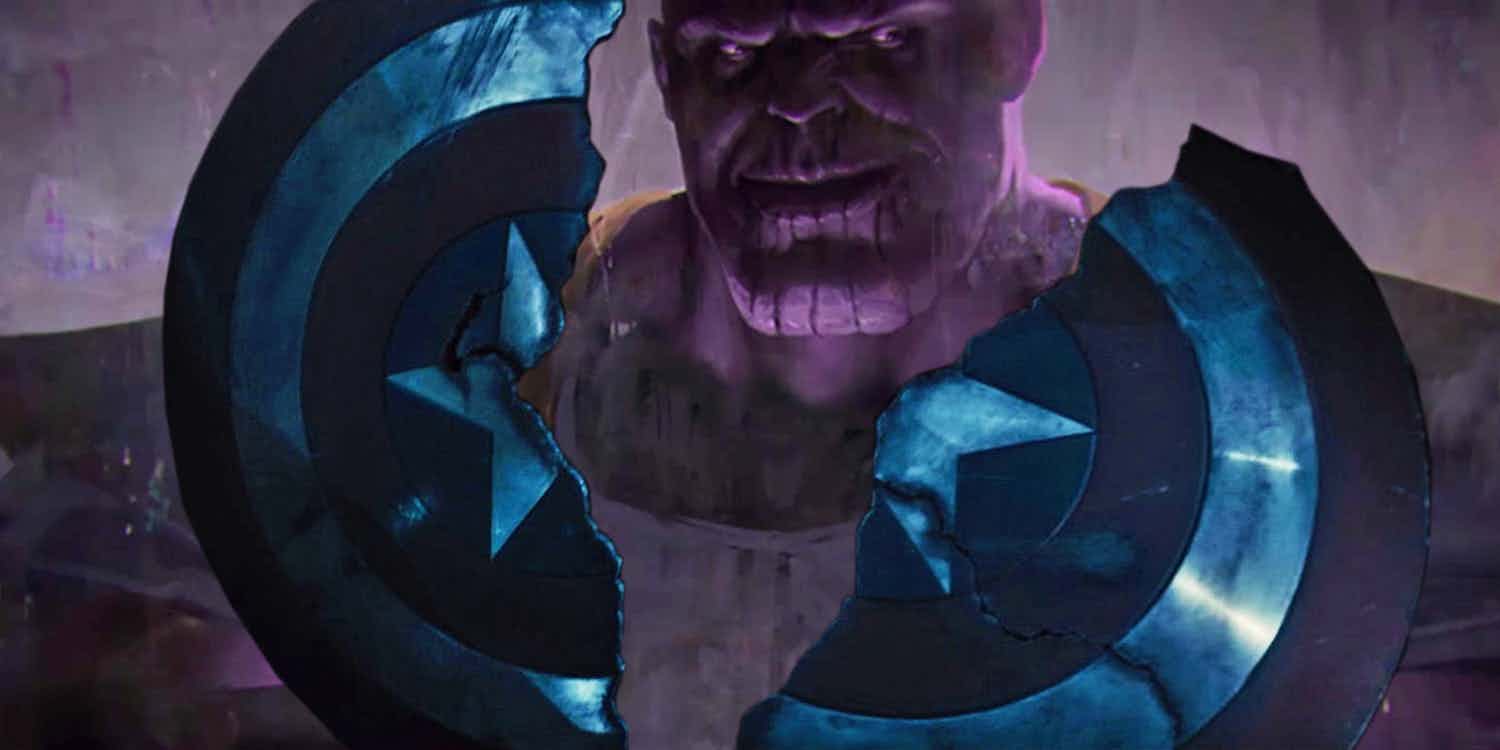 There’s been a lot of excitement about Avengers: Infinity War based on the recent announcement that it will see Earth’s Mightiest Heroes and the Guardians of the Galaxy share the big screen for the first time – although the real show-stopper should be the reason they’re coming together: Thanos.

Introduced at the end of The Avengers, the Mad Titan’s presence has been slowly teased out over the movies since, giving fans a lot to speculate on. We’ve known since Age of Ultron’s post-credits scene that Thanos’ goal is indeed the same as his comic counterpart – to collect the six Infinity Stones (Gems in print) – and there have even been rumors that it’s likewise part of a move to impress Death. The other key thing we know is that Thanos is well aware of The Avengers after the events of their first film, and took some pleasure in the prospect of their formation. As such, while his attempts at ultimate power are par for the Marvel villain course, there’s something more Machiavellian going on; his goal isn’t just to amass the Stones, but to successfully wield them and in some way take down the two groups that can stop him.

That’s a big plan, but in amongst all the build-up there’s a niggling sense that we know how it’ll go down; Thanos will get all the ingots and threaten to cause mass destruction, only for the teams to unite in a last ditch effort (one that probably involves a magic portal in the sky) to stop him and save the universe.

Or… perhaps not. Infinity War is a unique opportunity in the Marvel Cinematic Universe – it’s not just the end of everything so far, but setting up the future. And with that in mind, what better way is there for the film to stand out than have Thanos actually win?
It sounds crazy, but when you think about, it’s the best thing for Marvel to do.

IT’LL MAKE THE BUILD-UP WORTH IT 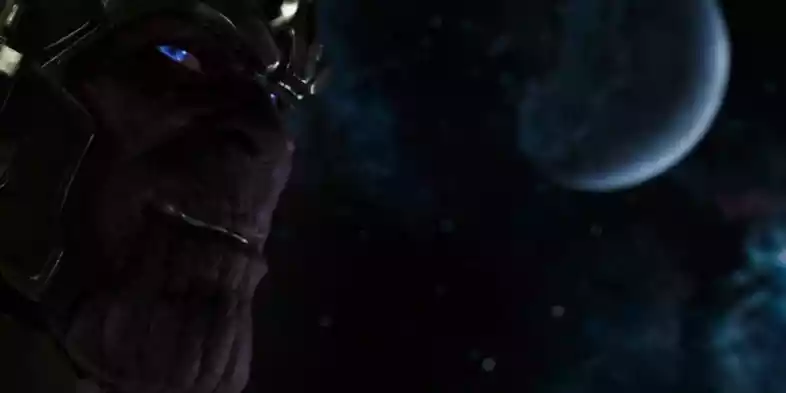 In the production announcement, Kevin Feige and co. were very keen to highlight how much Infinity War is paying off everything in the MCU so far, even framing storyline culmination Captain America: Civil War as just another unsuspecting piece of this massive puzzle.

And there really has been a lot of setup for the showdown against Thanos. You can trace the ethos really all the way back to 2008 and Iron Man‘s post-credits scene, where Nick Fury stated “you’re part of a bigger universe, you just don’t know it yet.”

Things really started, however, with Thor in 2011; this was the movie that introduced the wider, non-Earth scope and featured the first of the Infinity Stones, the Tesseract, in its post-credits scene (there was also an Infinity Gauntlet prop in Odin’s vault, although that’s since been confirmed to be just a production Easter egg rather than foreshadowing).

The explicit reveal that Thanos was behind Loki’s scheme in The Avengers started an increasing focus on the Infinity Stones across Phase 2, peaking with The Collector’s explanation of them in Guardians of the Galaxy. Now the series is positioning its pieces, breaking the Avengers in Civil War, broadening the scope of the world with Doctor Strange and set to expand the Infinity Stone mystery in Thor: Ragnarok.

SOMETHING WE’VE NEVER SEEN BEFORE 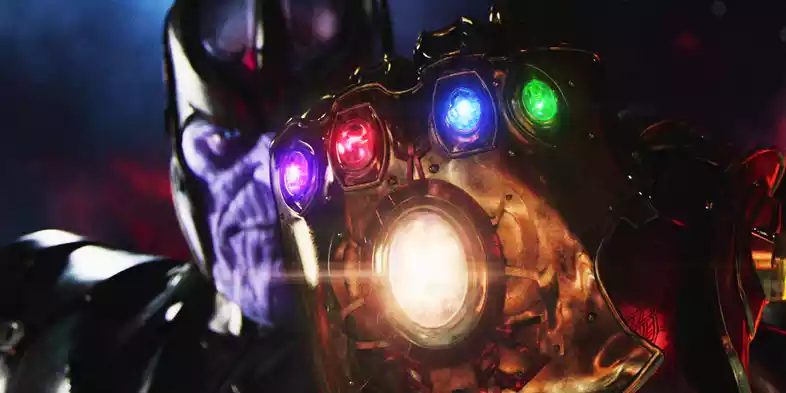 The other thing the promo pushes is that Infinity War is something never before seen in cinema – the culmination of a story told over eighteen separate movies. But while that’s ground-breaking across all of film, it’s still just an extension of the original Avengers idea – Marvel need to offer more if they’re going to keep surprising audiences, and Thanos succeeding would definitely be that.

Of course, there have been countless movies where bad guys have won before – that isn’t the most Earth-shattering idea – but it’s definitely not something we’re accustomed to from the studio. One of the common criticisms of Marvel is its adherence to a clear formula; movies have a distinct feel based on the present heroes, but each have the same broad narrative and tonal beats, right down to the tight defeat of the villains at the end.

There’s really no exception, and even the cases that don’t quite fit have their own rule. So while sometimes a bad guy escapes or succeeds on a smaller scale – Loki takes over Asgard in Thor: The Dark World, both Hydra and Bucky are still at large at the end of The Winter Soldier, Nebula escapes the Dark Aster in Guardians of the Galaxy – these beats are usually undone by the time the sequel comes around. Loki and Thor will team-up to get Odin back on the throne in Thor: Ragnarok, Hydra was being mopped up in Age of Ultron and Bucky back on the good side for Civil War, while Nebula will become a Guardian herself in Vol. 2. The closest we’ve got so far to a villain “winning” is Zemo in Civil War, but that was more of a symbolic victory.

Infinity War could see itself diverge from the formula by turning the tables on the Avengers, giving a Marvel film that will genuinely shock. And in doing so it may help fix another ingrained franchise problem. 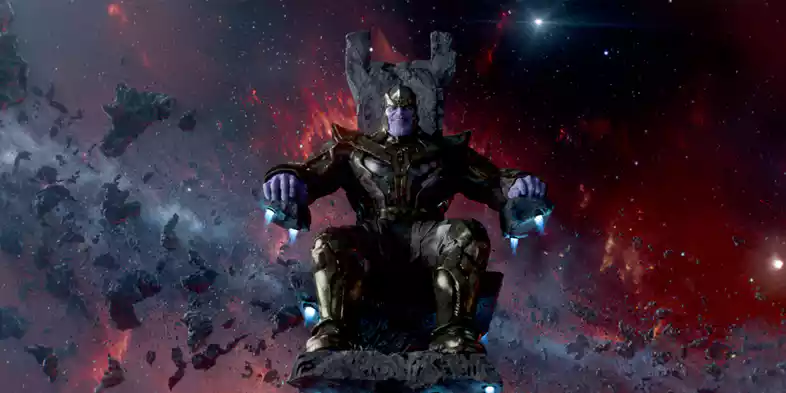 Ever since Jeff Bridges showed he could present all the menace required for Obadiah Stane in a few short scenes, Marvel movies have had underbaked villains, with broad motivations and limited screen time forcing actors you know can do much better to simply chew the CGI scenery. A handful have risen above this – everybody loves Loki, and Zemo was a refreshing change of pace – but overall there’s no avoiding the fact that Marvel lets itself down on the villainy side.

This hasn’t been too much of issue so far, since the whole franchise is heavily hero-focused and each protagonist makes up for their nemesis’ shortcomings. With Thanos set to be Infinity War’s “main character,” however, it’s time the issues were finally addressed. Giving him strong reasoning for such a cosmic scheme and a clear personality beyond just being a purple space monster will obviously help, but if Marvel actually allow Thanos to succeed then the series will finally have a bad guy whose practical menace lives up to the hype in a tangible way.

It would have a long-standing impact on the series too. We’re used to seeing Iron Man, Spidey, Star-Lord and the two-dozen other heroes in the film coming out of scrapes just fine, with only a little psychological hang-up or injury. This will completely shatter that and make any future adversary immediately more threatening; once one villain’s won, they all can.

AVENGERS 4 ALLOWS FOR IT 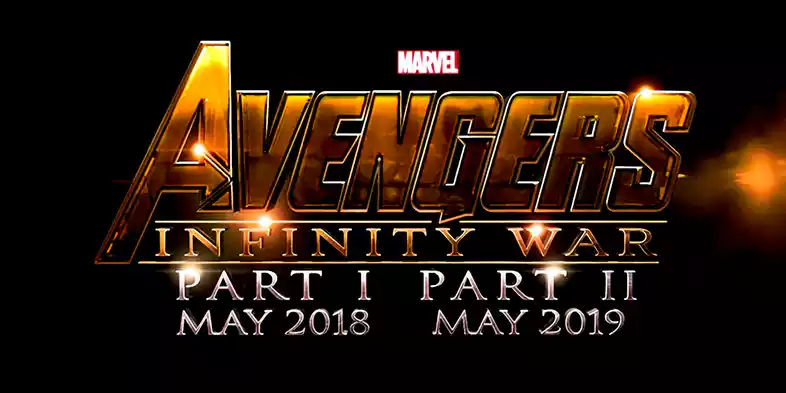 The obvious problem with Thanos “winning” is that it leads to big story changes going forward. Infinity War isn’t the end of the MCU, with just as much planned into the future as has already unfolded, so the series can’t leave the Avengers defeated and the Mad Titan gleefully clicking his fingers every time he wants to get his rocks off. But there’s actually an in-built way for it to happen that Marvel would be stupid to not take advantage of: Infinity War is being shot back-to-back with Avengers 4.

Although the film lost its “Part 2” name last year, Avengers 4 is still somehow part of the Infinity War payoff; on top of shooting at the same time, most of the cast confirmations include both films. The exact connection is unclear, but given the level of mystery it seems like there’s something between the pair that Marvel doesn’t want to reveal just yet. We theorized in the past there could be some form of cliffhanger setup, and having the bad guy win would be a pretty seismic one; Thanos ends the first film victorious, only to be finally stopped by Earth’s Mightiest Heroes a year later.

What this allows is for Marvel to mark out Infinity War with a shocking villain victory, but then swiftly undo any long-term damage to their cash-cow with Avengers 4 – they get to have a Thanos win without it hurting the franchise. It’s clean and fresh, even if it may not be the best way to do it…

THANOS CAN WIN AND LOSE AT THE SAME TIME 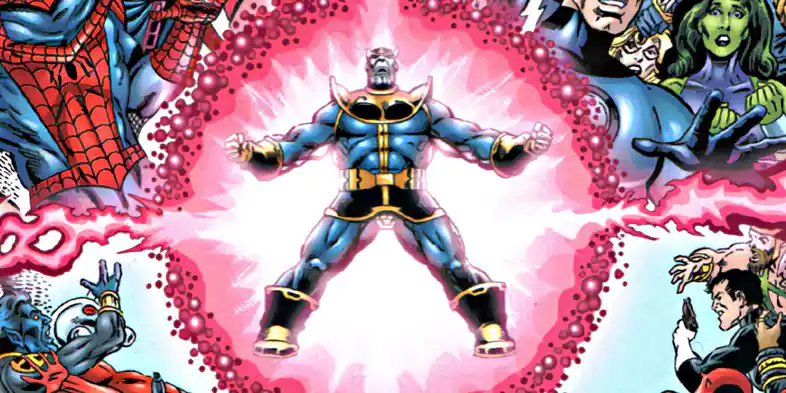 What we’ve seen in the two Phase 3 movies so far is the heroes coming out of the adventures victors, if not traditionally victorious. Steve and Tony eventually ended Civil War on a calm note, but their friendship and the Avengers had been torn apart by Zemo, while in Doctor Strange the Sorcerer Supreme had to broker a deal with Dormammu and lost his friend Mordo in the process. These aren’t pure happy endings, but compromised choices that weigh heavy on characters.

If this is going to be a running theme in Phase 3 – and based on what we know of the movies coming, that’s very possible – then it would make sense for Infinity War to end on a mixed emotional note. It’s hard to theorize what exactly, but we could have Thanos succeed in displaying ultimate power yet not managing to tear the Avengers apart (there’s a first time for everything) or him be ‘defeated’ in a way that still allows him to achieve his goals – if it is to impress Death, there’s a lot of freedom in the idea.

There’s also the ever-present prospect of killing off some key Avengers. It would be a rather hollow victory for the team if Tony Stark or Steve Rogers bite the infinity bullet, and if Thanos is as concerned with vanquishing enemies as he is maintaining power, then that’s a definite ‘win’.

With Infinity War still well over a year away and story details tightly under wraps, plot theorizing is tricky. However, based on what we know of Thanos from the comics, how the movies are handling him, and what the MCU is trying to evolve into over the coming years, allowing the Mad Titan to ‘win’ would be a very strong move for Marvel that shows they’re capable to keep surprising after a decade at the top.

Sideshow have hinted at an all-new Maquette depicting Thanos on his throne. Check out the teaser image below, and be sure to sign up to our newsletter to get the latest updates and gossip from Sideshow HQ! 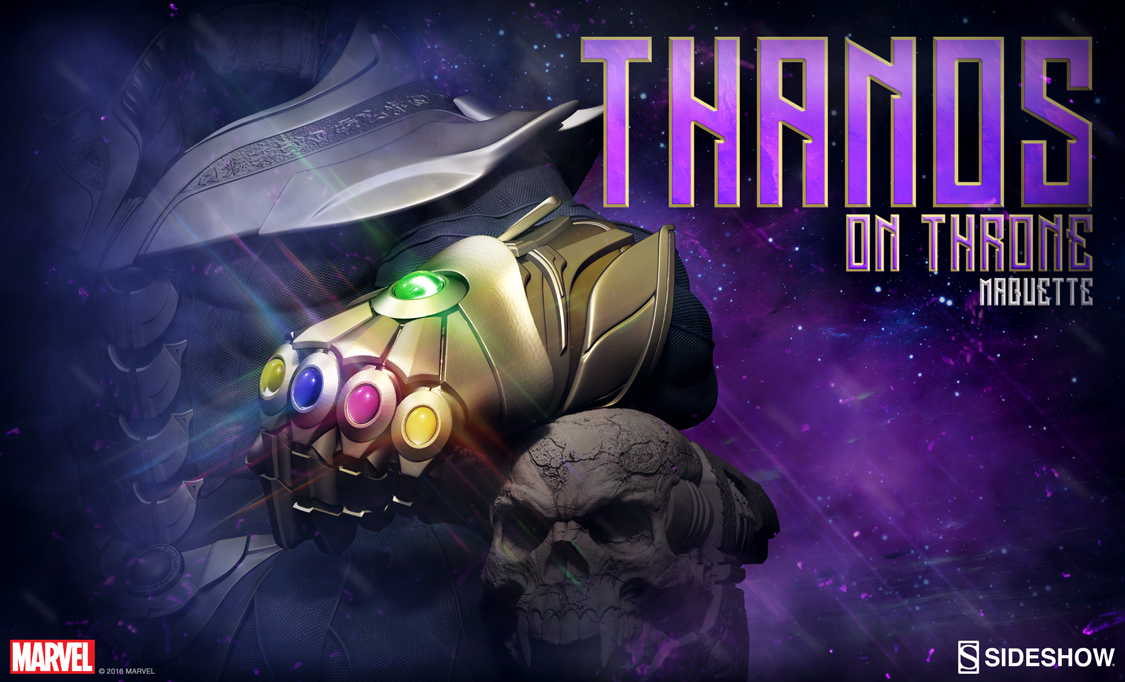 #SquadGoals - Level up your First Order Stormtrooper collection with these special offers by Sideshow!