There is only one Wade Wilson, Deadpool, the Merc’ with a Mouth, who lives on Marvel‘s Earth-616. But he’s not the only merc’ in the multiverse. When the world needs more ‘Pool power, it’s up to the dangerous Deadpool Corps to save the day.

Wade Wilson once went on a team-building extravaganza across several dimensions, collecting alternate reality versions of himself like Dogpool and Lady Deadpool. Here is the whole team he assembled:

The original Wade Wilson leads the Deadpool Corps from their ultra-awesome secret headquarters located in his Earth-616 apartment. He was first hired by AIM to find and return a disembodied version of himself- Headpool. Known as the Merc’ with Only a Mouth, Headpool is a floating, zombified, disembodied head from the Marvel Zombies universe, Earth-2149. He became a zombie when a virus affected many superhumans that gave them a craving for flesh. Not having a body doesn’t stop him from talking up a storm, though. He and Deadpool assemble the Deadpool Corps while trying to return the floating head to his home dimension. Wanda Wilson from Earth-3010 shares all the powers of her 616 counterpart, with an attitude to boot.  Lady Deadpool unmasked even has the same scars as Wade. In her alternate reality, she fought alongside a group of rebels working to take down robotic Sentinels working for SHIELD, controlled by her nemesis General America. Lady Deadpool first meets Deadpool and Headpool while they are dimension-hopping, and after they help her avoid capture by her enemies, she joins the Deadpool Corps. 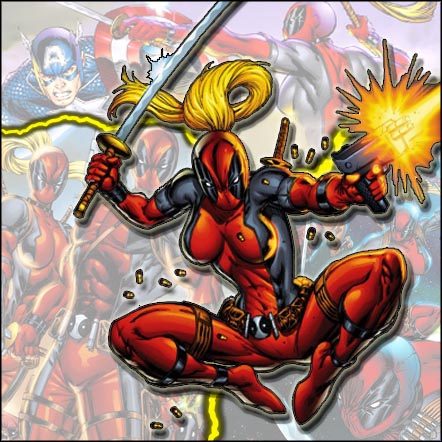 Born on Earth-10330, Wade Wilson the young mutant was accepted into the Xavier Orphanage for Troubled Boys. Like his older self, he had a hard time following the rules and caused a lot of trouble. Before he is expelled, though, Deadpool and the rest of the Corps appear to take Kidpool from the orphanage so he can help them save the world. 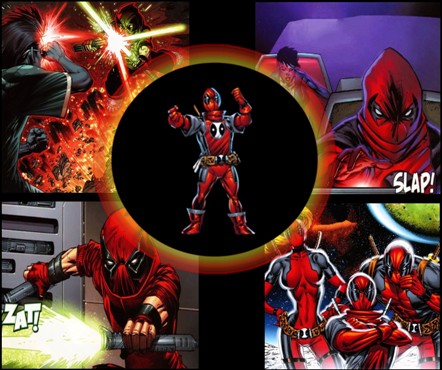 From Earth-103173, Dogpool was once used as a test subject for a cosmetics project called Mascara-X, which like the Weapon-X program hoped to give its customers regenerative powers. He was abandoned from the project and taken in by a circus where they called him Deadpool the Daredevil Dog. Deadpool, Headpool, Kidpool, and Lady Deadpool take him from the circus to join their team. 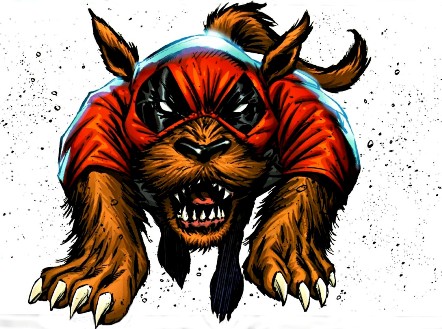 Since forming the Deadpool Corps, Deadpool has amassed several different teams of mercs who need money, doing questionably good deeds for reward. These heroes come from all over the universe, but they all have one thing in common- they’re regenerating degenerates with attitude. Plus, they look really good in red, which we hear hides bloodstains pretty well…

If you’re looking to assemble your own Deadpool Corps collection, start by taking a look at Sideshow’s Deadpool products right HERE.

Plus, keep your eyes peeled- Lady Deadpool will be dimension-hopping her way to Sideshow soon as a Premium Format Figure and Premium Art Print.  Get your first look at Sideshow’s booth during San Diego Comic Con 2017, and subscribe to our newsletter for more information!