Meet the OG- Original Guardians of the Galaxy

In comics, superhero team rosters are constantly changing. Heroes come, heroes go, but the team retains that brave spirit of adventure and goodness that brought them together in the first place.

This May, the next installment of the Marvel Cinematic Universe arrives with Guardians of the Galaxy vol. 2. The Guardians team didn’t always look like it’s MCU counterpart, however. Originally, the squad was composed of four strangers who met in the far future of the 31st century to combat a singular alien threat.

Today, it’s a ragtag bunch of outlaws who come together to do some good, even though they may come from bad pasts. While Star-Lord, Rocket, Groot, Gamora, and Drax may have been the first filmic Guardians team, the group owes its origins to another group of spacefaring heroes, some of whom even factor into the movies.

In anticipation of Guardians of the Galaxy vol. 2, let’s take a look at the first Guardians team that started it all. 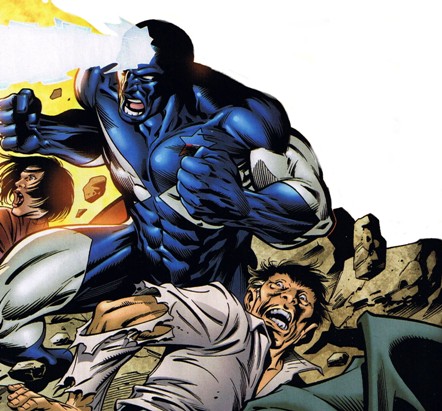 Known as Vance Astrovik, the Guardian who would later become Major Victory was an astronaut who was placed in suspended animation for a deep flight into space. He arrived in the 31st century, and after his stasis he found that he had developed psionic mutant powers.

In this new era, he arrived on Centauri IV, where he met future teammate Yondu Udonta. After the invading Badoon aliens slaughtered all the inhabitants of the planet, Yondu and Astro escaped, eventually meeting their other Guardians teammates whose homes had been similarly destroyed. 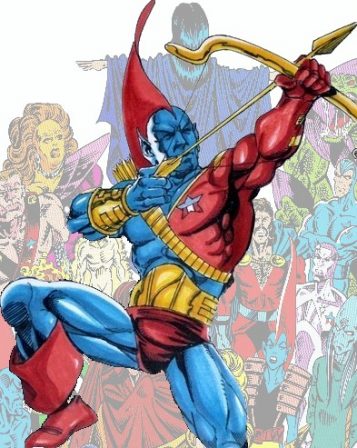 This blue Centaurian alien was the only member of the original Guardians to appear in the first film, and he wasn’t even on the team! He’s set to join the Guardians of the Galaxy for the upcoming sequel, but in the original comic series he was a warrior and archer from the planet Centauri IV.

Yondu is known for his signature red fin on his head, as well as his empathic ability to commune with other lifeforms. In the MCU, he still uses an arrow as a weapon, but he leads a group of outlaws called the Ravagers. 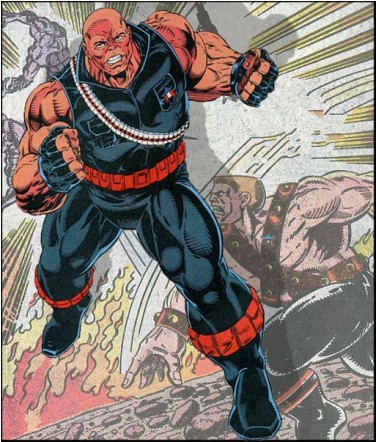 This super-strong soldier from Jupiter was genetically engineered to be able to withstand the planet’s gravity. As a result, Charlie-27 is much denser and more muscular than the average human.

He joined the Guardians in 3007 after the invading Badoon leave him as the last Jovian alive in the solar system. As an expert tactician and space pilot, he is capable of piloting most spaceships of the 31st century. 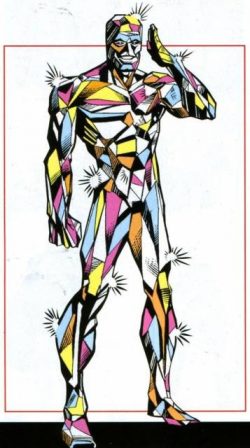 The last survivor from Pluto, Martinex T’Naga was a being composed of crystalline substances that allowed him to withstand the harsh temperatures of his homeworld. Similarly to his fellows, Martinex survived the Badoon ravaging his planet by being away on Pluto’s moon at the time of the invasion.

He teamed up with the Guardians to fight off the Badoon, and eventually broke off and formed another team, called the Galactic Guardians, which had a much bigger roster than his original team. From his hands, Martinex can fire blasts of heat or cold, but he has to rest and recharge after using his powers for extended periods of time.

Since the Guardians first banded together, the team grew to include Stakar Ogord, the original Starhawk, and his wife Aleta Ogord, as well as a Mercurian named Nikki. The team has traveled time and space, from the past and the future, to guard the galaxy against all types of threats.

Their legacy inspired the more modern iteration of the team to take up its mantle, helmed by Star-Lord and joined by all sorts of lovable alien oddballs. We can’t wait to see Guardians of the Galaxy vol. 2 and see the team back in action!

While you’re waiting to see the film, check out all the Guardians of the Galaxy figures that Sideshow has to offer. For more Marvel collectibles, click HERE.