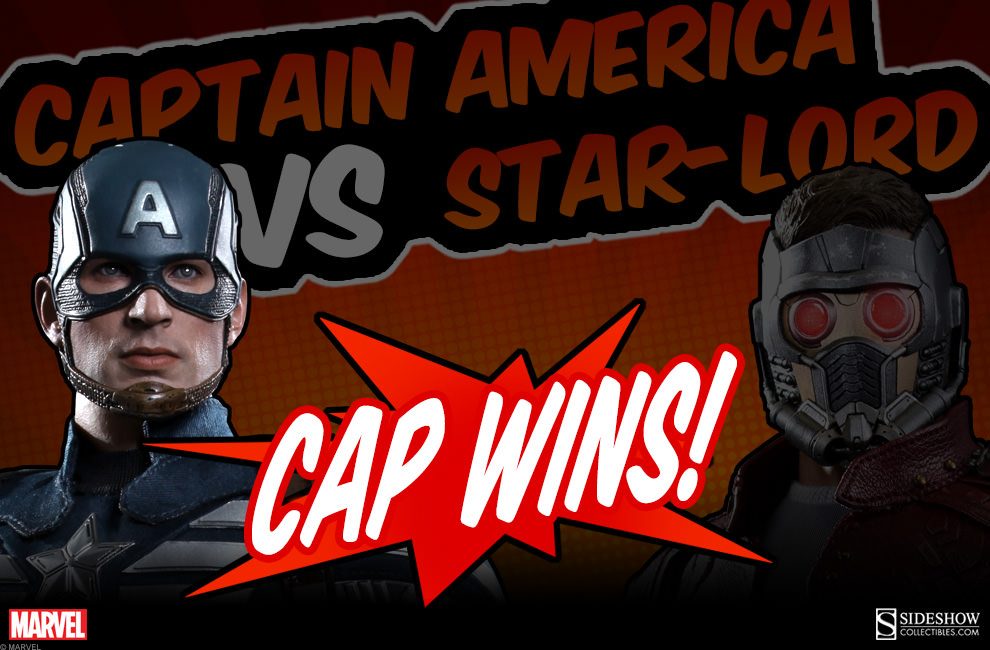 With Chris Pratt and Chris Evans placing the sports dignity of their Marvel superhero alter-egos on the line in the most geektastic Super Bowl wager ever, it got us thinking:

Who would win in a throw down between Captain America and Star-Lord?

We’ve decided the only way to find out is to ask the people who know best – YOU! Join us on Twitter now and make a case for your pick: Captain America, the First Avenger? Or Star-Lord, the Legendary Outlaw?

UPDATE: Captain America wins this round with a whopping 66% vote!

@collectsideshow Star-Lord would win, he'd call a dance off but Cap can't enter as he's promised someone else that dance 🙂 #SCNerdClash