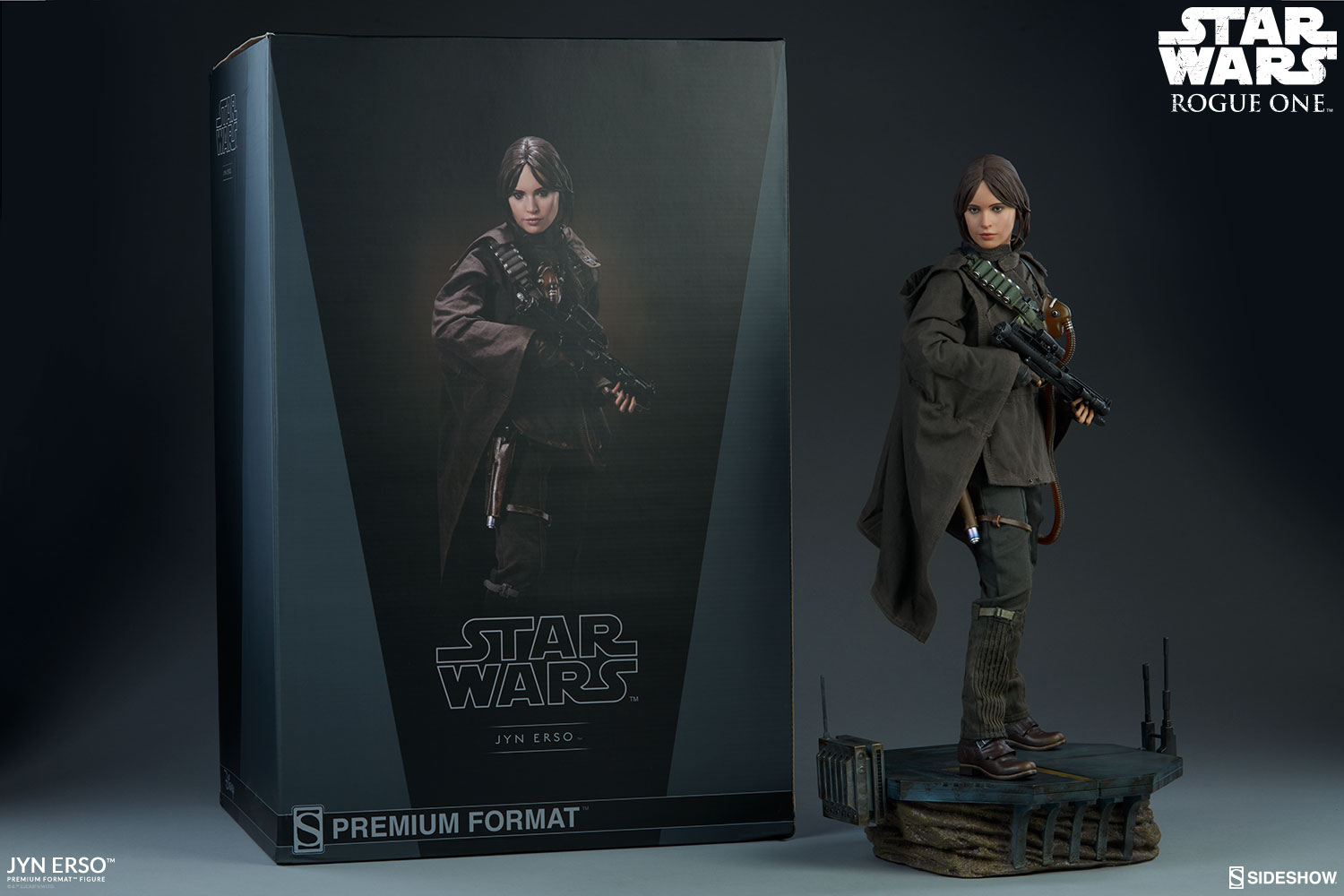 Jyn Erso was introduced in Lucasfilm’s very first standalone film, Rogue One: A Star Wars Story. Jyn is an independent and headstrong female character that shows defiance and a fighting spirit who helps the Rebel Alliance steal the Death Star plans from the Galactic Empire. 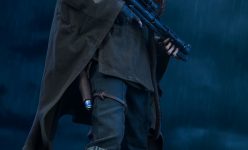 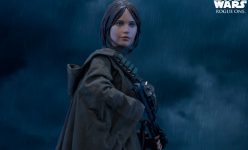 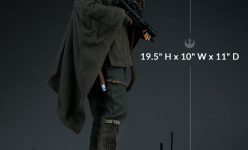 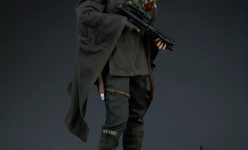 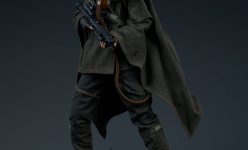 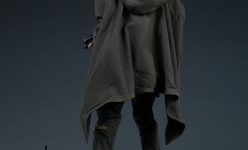 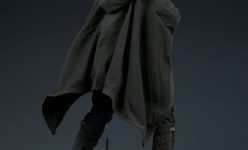 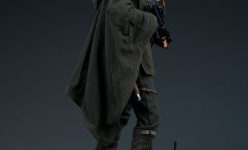 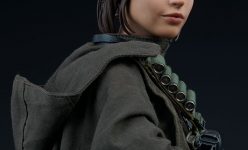 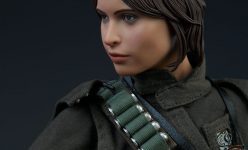 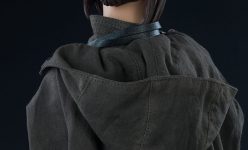 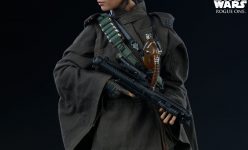 Sideshow’s Jyn Erso Premium Format™ Figure Star Wars collectible is ready for action in a hostile and unforgiving environment. She is wearing a hooded weatherproof poncho with a portable breather mask hanging loosely around her neck and respirator pouch on her hip. She is also carrying a Blaster Rifle and an additional BlasTech A-180 Blaster as a backup sidearm in a thigh holster. 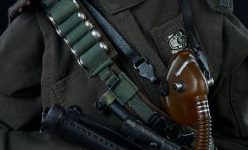 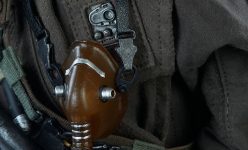 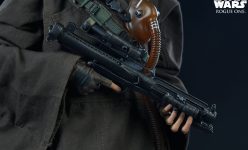 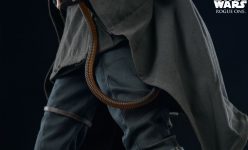 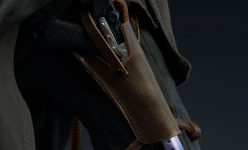 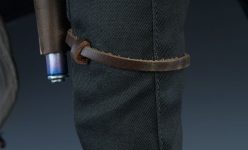 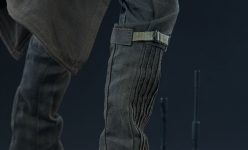 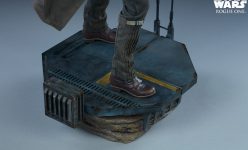 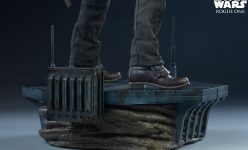 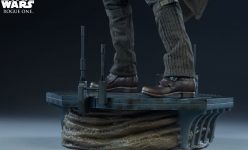 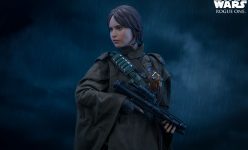 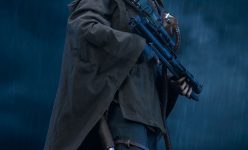 Our Jyn Erso Premium Format™ Figure features an incredibly realistic likeness of actress Felicity Jones that captures all of the charisma and personality that has already made her character so endearing. All of her movie-accurate clothing and equipment has been expertly duplicated with amazing attention to detail.  The scratched and scarred Blaster Rifle, the contrasting textures of her individually tailored garments, the rusted metal elements and filthy plastic of her respirator equipment, even the tiny buttons, clips and buckles on her gear have been individually sculpted to attain a level of detail that is just astounding! 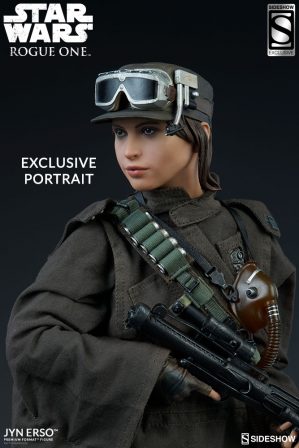 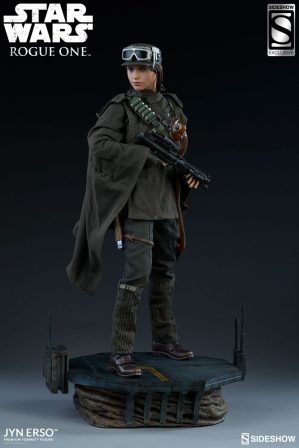 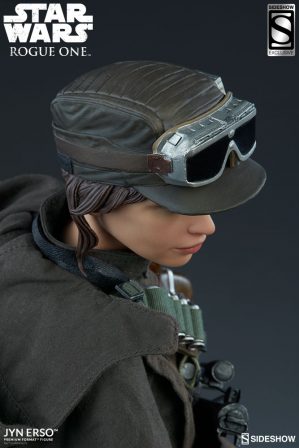 Order the Jyn Erso Premium Format™ Figure now, before she sells out!