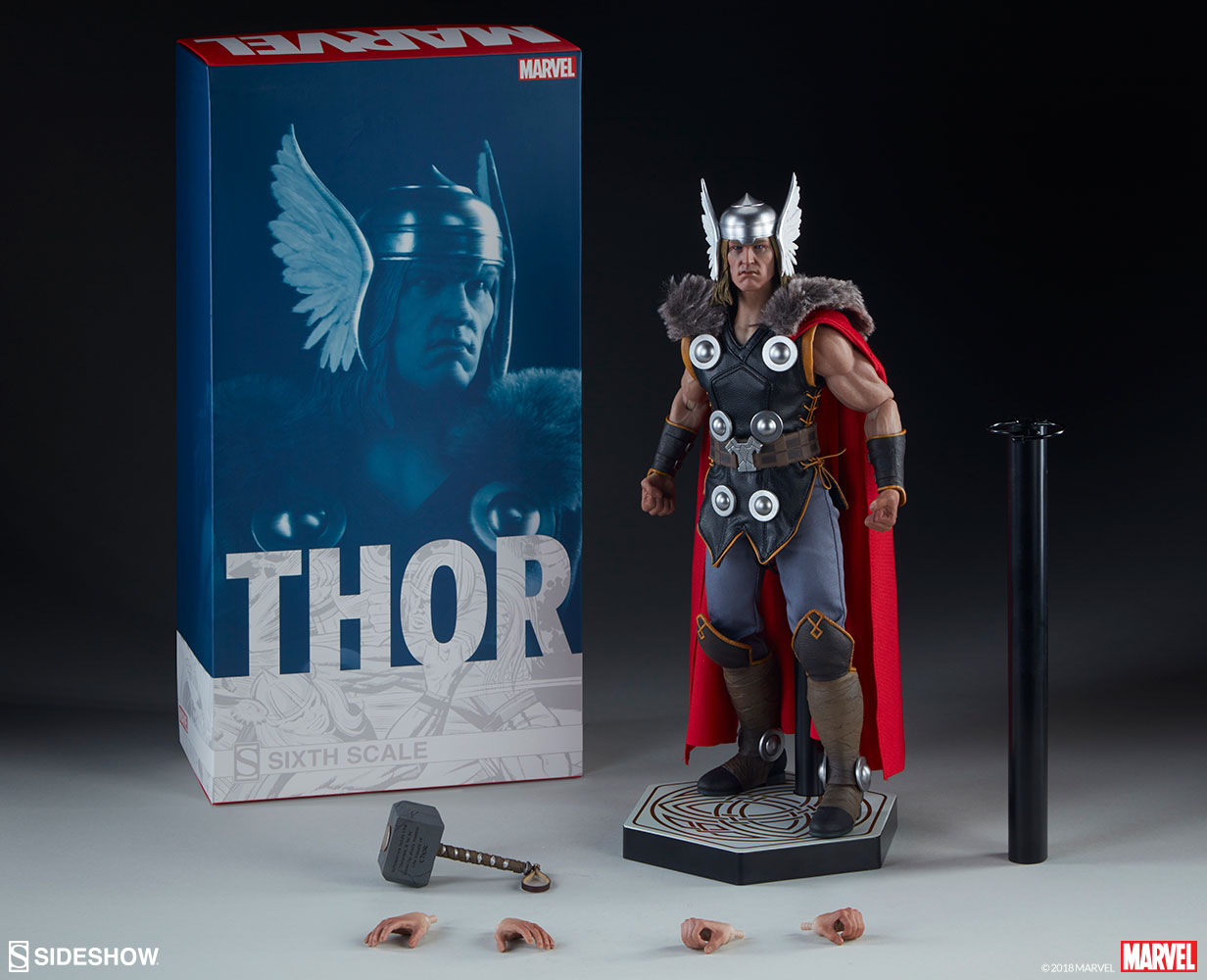 Check out the new photos of the Thor Sixth Scale Figure! Thor. God of Thunder. Son of Odin. Prince of Asgard.  Worthy. He goes by many names, but all know him by his mighty hammer. After being disgraced and cast out of Asgard as the human doctor Donald Blake, the heroic Thor finds himself once again worthy to wield the power of the storm with his mystical weapon Mjolnir. 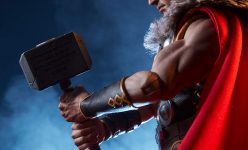 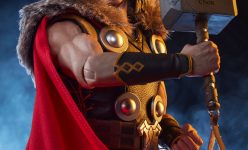 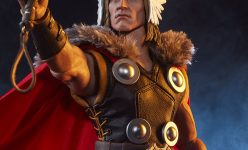 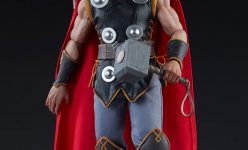 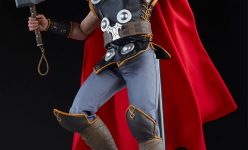 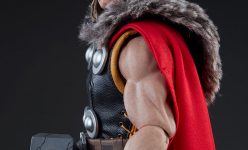 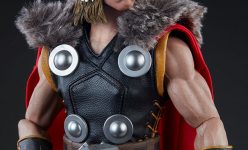 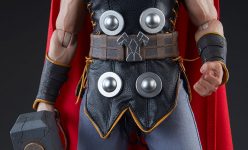 Wearing his famous silver helmet with feathered wings, Thor is ready to launch into battle by taking flight with his hammer. Godly golden locks complete his classic portrait as he prepares to summon the thunder. This figure comes garbed in a carefully tailored fabric tunic and pants just like Thor’s Viking leathers. He has sculpted gauntlets on his arms, and sturdy boots to designed to capture the classic look of his Asgardian armor. 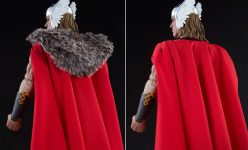 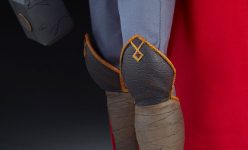 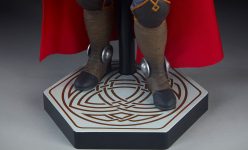 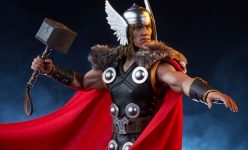 Thor’s mighty red cape flows behind him and comes with a removable faux-fur collar to make him appear extra godlike in detailed 12” stature. And of course, Thor has Mjolnir complete with its inscription and comes with three pairs of both casual and action pose hands for a variety of powerful poses. The Sideshow exclusive version includes a sixth scale sculpt of the Thor Frog, from when mischievous Loki played a mighty trick on his brother! 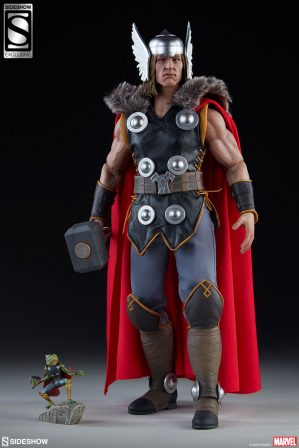 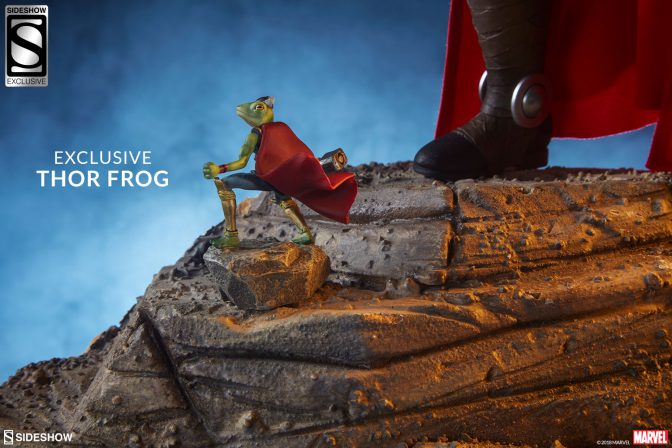