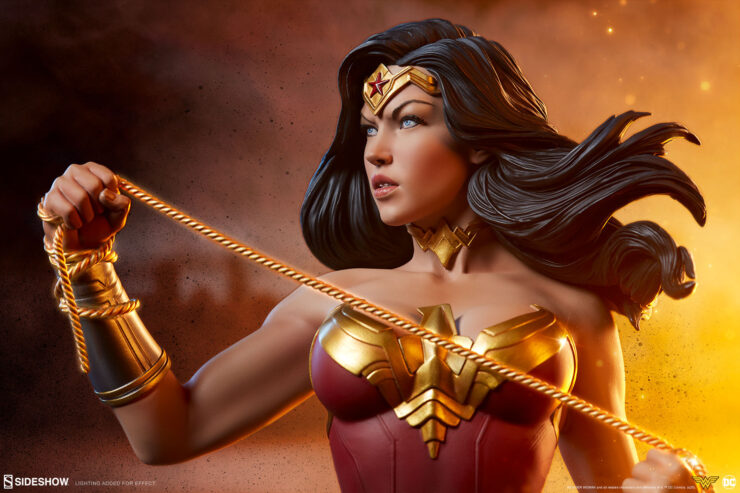 “There is no sacrifice too great to save someone I love.” 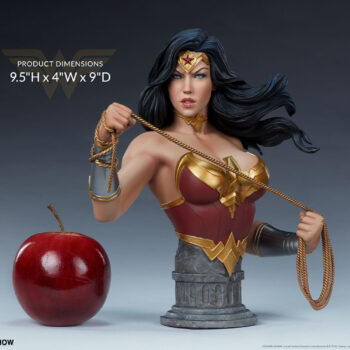 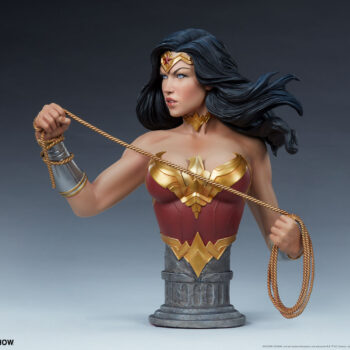 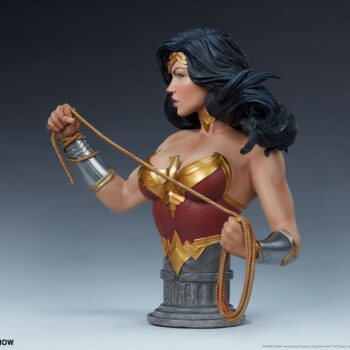 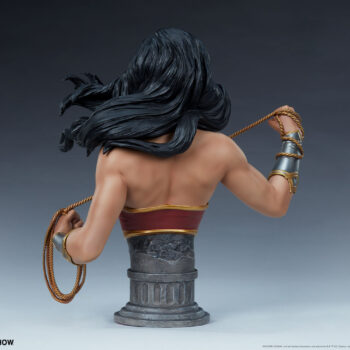 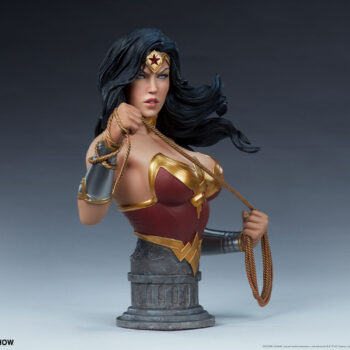 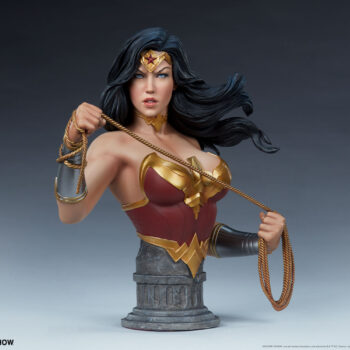 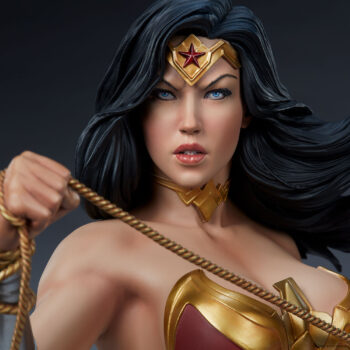 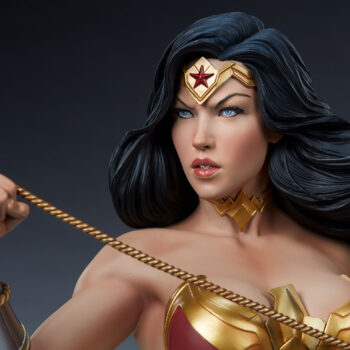 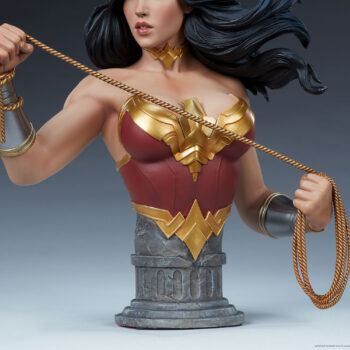 The polyresin Wonder Woman Bust measures 9.5” tall as the Amazon warrior holds her Lasso of Truth at the ready. As depicted from the waist up, Diana of Themyscira is clad in her iconic costume, featuring her sculpted red bodice, golden armor and tiara, and silver Bracelets of Submission. The Lasso of Truth is also fully sculpted, detailed to mimic the appearance of rope as she wields it against injustice across the DC Universe. Sitting atop a Themysciran pillar-inspired base, this detailed bust captures Wonder Woman’s fierce devotion to love and honor in a dangerous world. 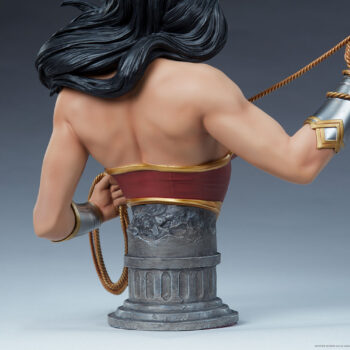 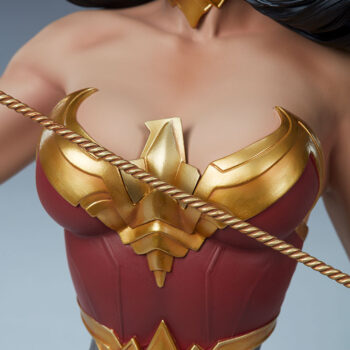 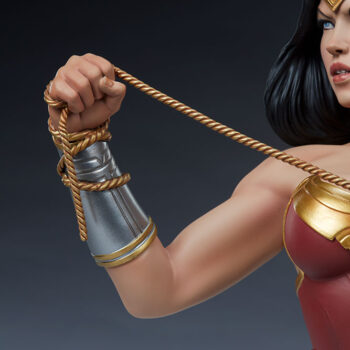 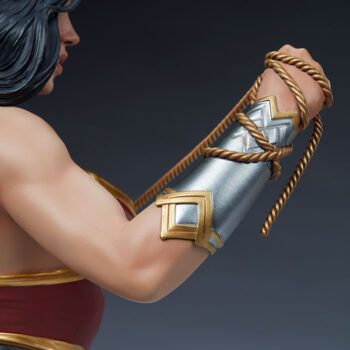 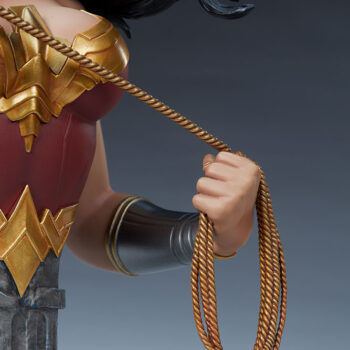 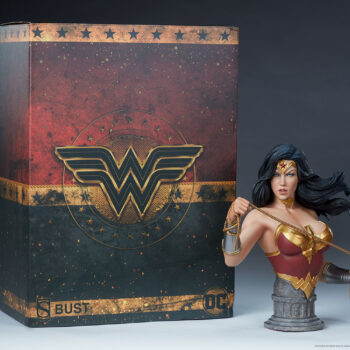 By the goddess! Bring home an Amazon champion to your Justice League collection with the Wonder Woman Bust today. 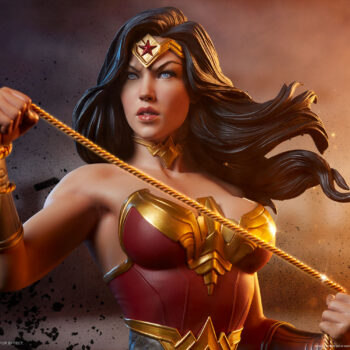 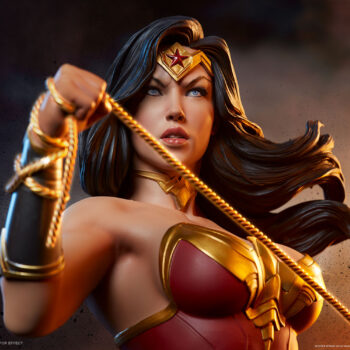 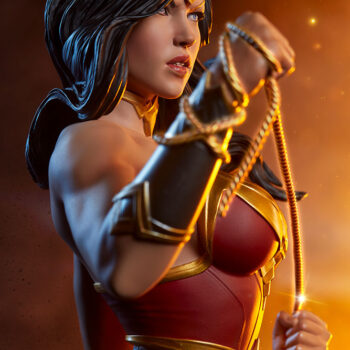 Watch the unboxing and assembly instructions below!