New Photos of Toothless are flying into Sideshow! 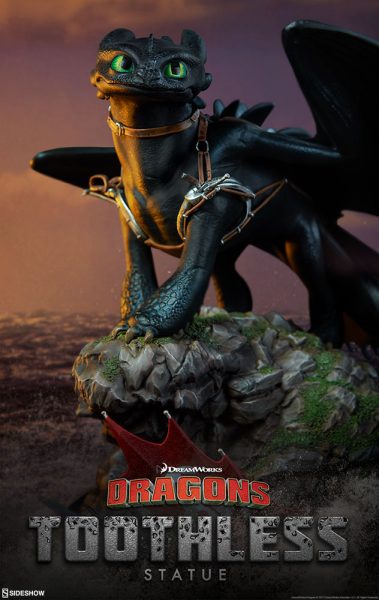 New photos of the Toothless Statue have flown into Sideshow! Dreamworks and Sideshow bring you the film representation of the famous Night Fury flyer from the animated movie How to Train Your Dragon 2! 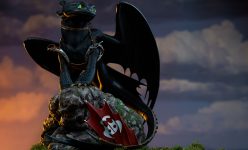 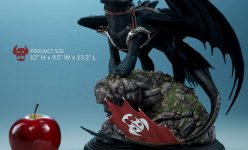 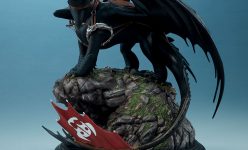 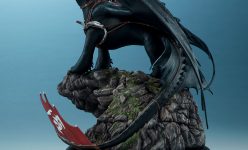 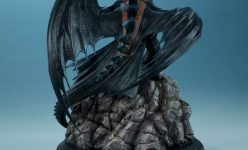 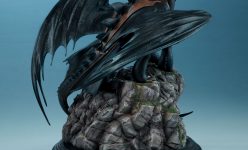 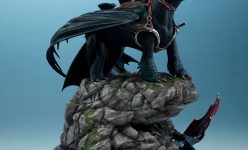 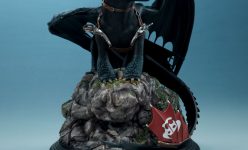 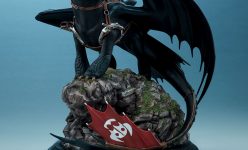 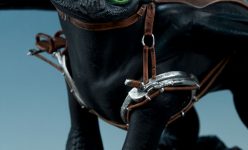 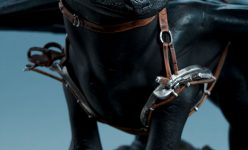 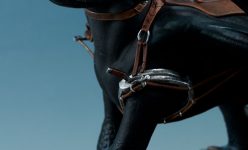 Also known as Deathkiller, Mr. Night Fury, and Hiccup’s Other Half, Toothless is said to be the only living Night Fury on Berk. With his viking trainer and closest companion Hiccup, they soar through the skies on adventures through the Isle of Berk. 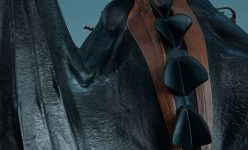 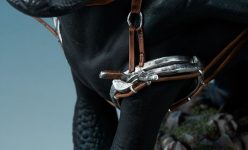 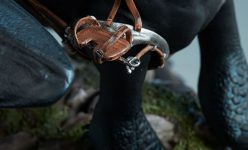 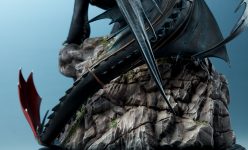 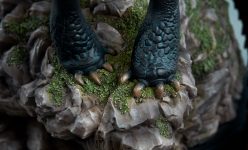 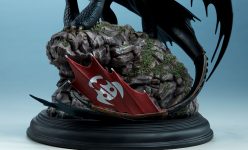 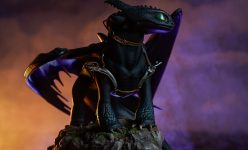 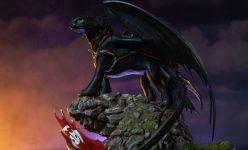 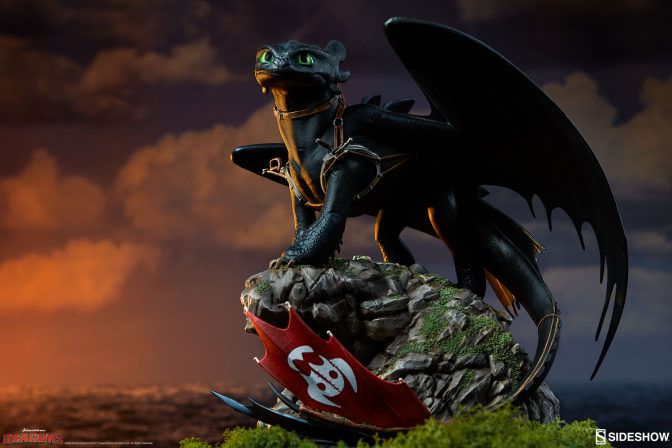 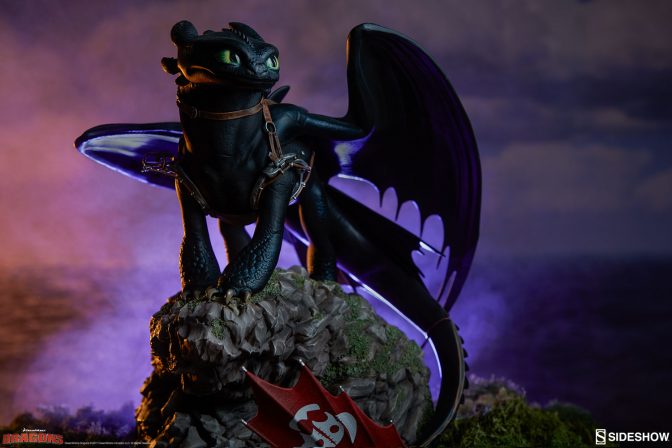 Toothless stands 12 inches high sitting on top a rocky crag base. His scale-like texturing around his head and legs captures the very essence of the creature seen in the film. Toothless also features a sculpted harness and a prosthetic red fin with its painted viking skull design!