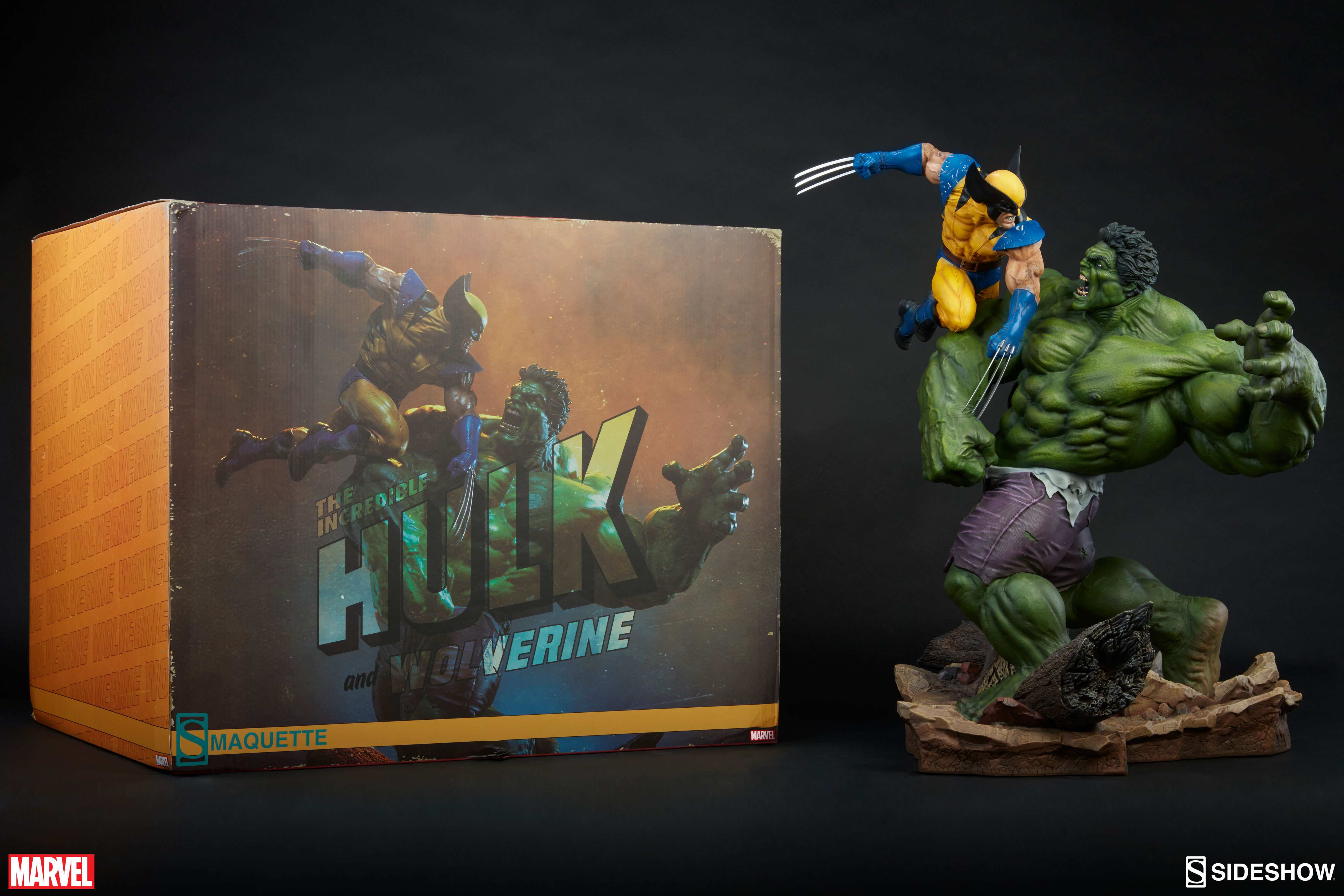 Sideshow’s awe-inspiring new comic book-inspired sculpture stands an impressive 23” tall and shows a key moment in the history of two of Marvel Comics most popular characters – The Hulk and The Wolverine!

The initial meeting between these powerful combatants was truly a battle for the ages! After all, when an unstoppable force meets an immovable object – you know that the sparks are gonna fly!

Sideshow’s talented team of artists and sculptors rose to the challenge of creating a new maquette that captured a frozen moment in time during this first encounter between two titans of the Marvel universe! 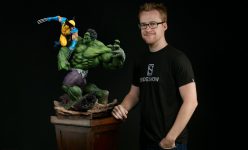 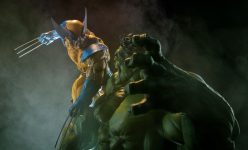 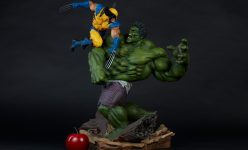 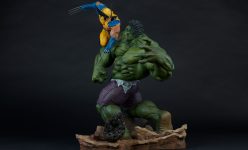 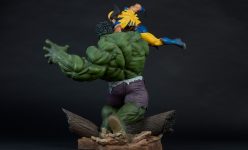 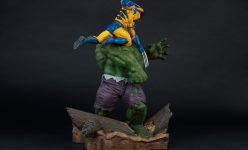 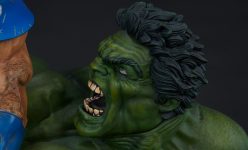 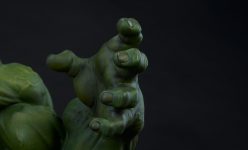 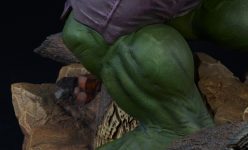 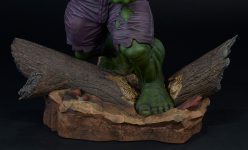 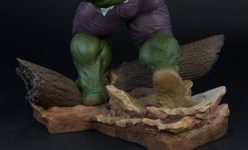 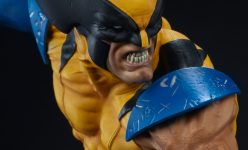 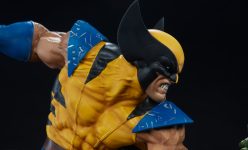 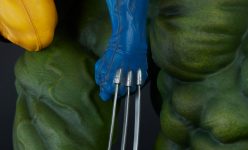 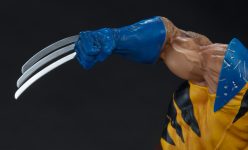 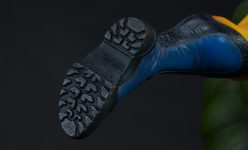 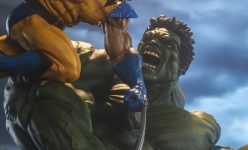 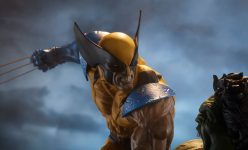 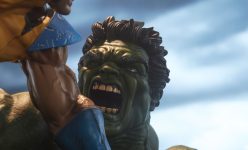 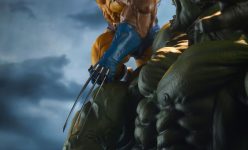 This battle royale has been rendered with such dynamism, drama and movement that the characters appear to practically leap from their display base!

Packed with the stunning detail that you have come to expect from Sideshow’s museum-quality masterpieces, this sculpture is overflowing with subtle touches that will provide many fun filled talking-points for fellow fans and collectors.

From the gleaming tips of Wolverine’s adamantium claws to the dirty calloused soles of the Hulks colossal feet, our team has captured a level of realism that simply has to be seen “in the flesh” to be believed!

A Sideshow Exclusive variant features an alternative head sculpt for The Wolverine, showing his original mask as worn in his first appearance in the pages of the Incredible Hulk comic book! 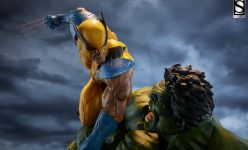 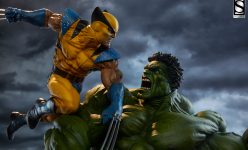 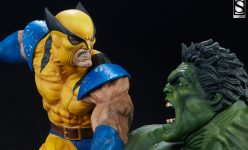 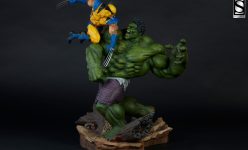