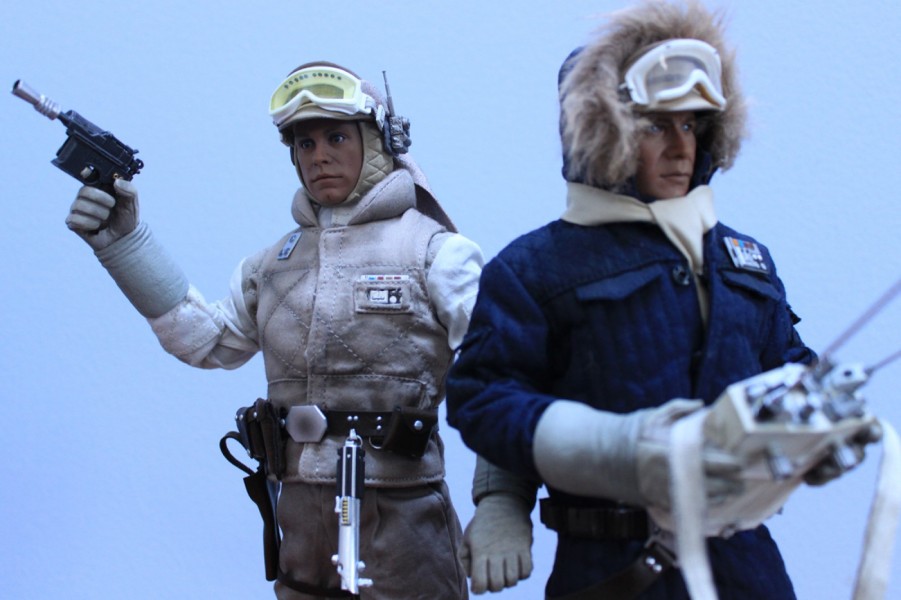 Living in the Northeast can sometimes make you feel like you’re stuck on the planet Hoth for months at a time. It’s probably appropriate then that during this particularly frigid winter Sideshow Collectibles released new Star Wars Collectible  sixth-scale figures for Luke Skywalker and Han Solo based on their appearances in the early moments of Empire Strikes Back.

While Sideshow Collectibles has recently been steadily producing figures from the Clone Wars-era in Star Wars history, we’ve gotten a few from the original trilogy over the years. Not to diminish the quality of previous work, but in the time that’s passed since Sideshow last released figures based on Han or Luke, the company’s sculpts (and costuming) have improved dramatically. Bundled up and ready to hunker down for the deep freeze, Han and Luke aren’t just the latest characters to join Sideshow’s continually expanding Star Wars line, they just might be the best the company’s produced yet. 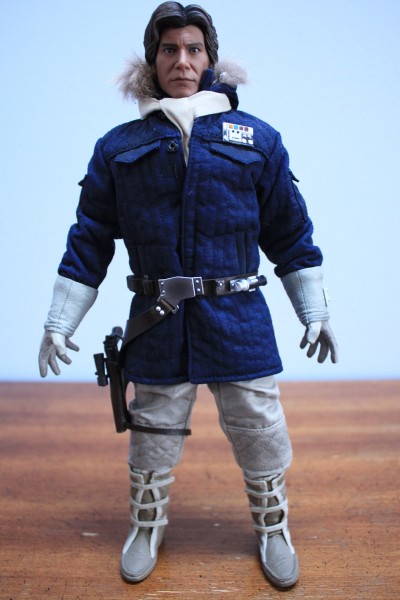 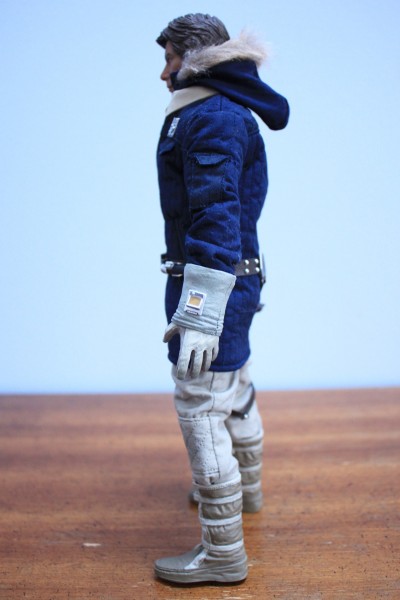 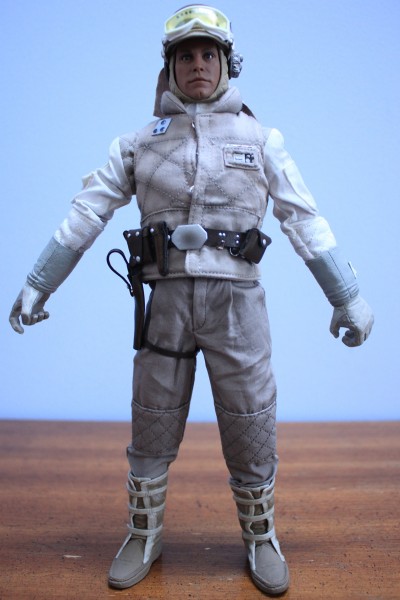 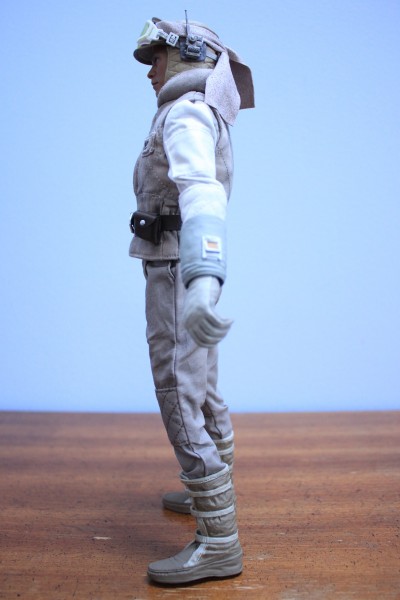 Since the two Rebellion leaders spend so little time in these outfits in the films, we’ve only gotten but a few collectibles over the years focused on the Hoth outerwear the Rebels don in Empire. Luke’s black suit in Jedi or Han’s smuggler ensemble in A New Hope may be much more memorable, but the rarity of the Hoth costumes makes them much more interesting from a collecting standpoint. In fact, Sideshow actually pays homage to one of the more famous action figure “blunders” of all time with its Han Solo. The company created two versions of the character; one in the brown jacket he wears in the film, and one in a blue jacket based on the original Kenner figure that mistakenly put Han in the wrong colored outfit. 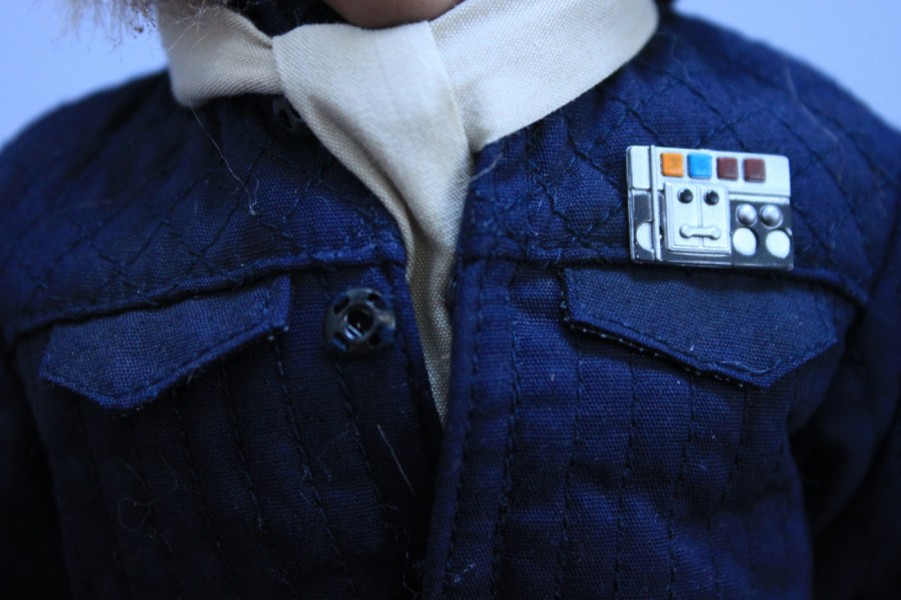 The detailing and stitching on the outfits are tremendous. Both Han’s and Luke’s clothing feels appropriately weighty for the harsh conditions. Luke doesn’t have much going on beneath his vest, beyond his long sleeved shirt, but under Han’s heavy coat and scarf, you’ll actually find him wearing the blue pilot’s jacket he sports while roaming the halls and shuttle bay in Echo Base, and later on Bespin.

The snow pants for both characters are equally as nicely crafted, though they might be a bit baggy for your personal taste. However, that bagginess provides added range for posing, which is a boon for figures like this. You’d expect with so many layers, Han and Luke would be a bit of a challenge to pose, but you can actually make good use of the heavy articulation Sideshow’s incorporated. There are a lot of figures on the market in this scale that don’t offer nearly as much range, and it’s appreciated that Sideshow’s ensured you’ll be able to put Han and Luke into almost any position you could imagine. 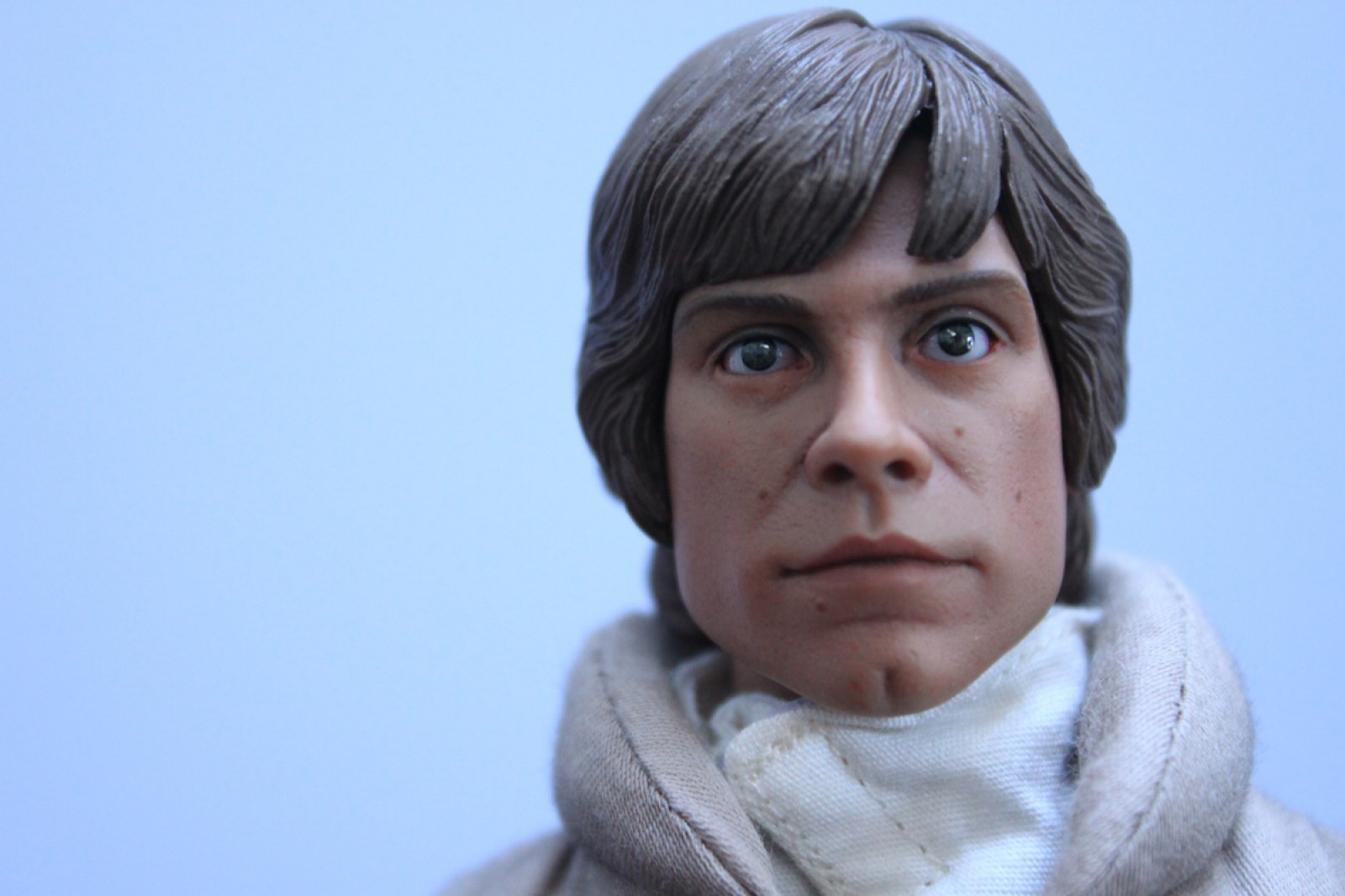 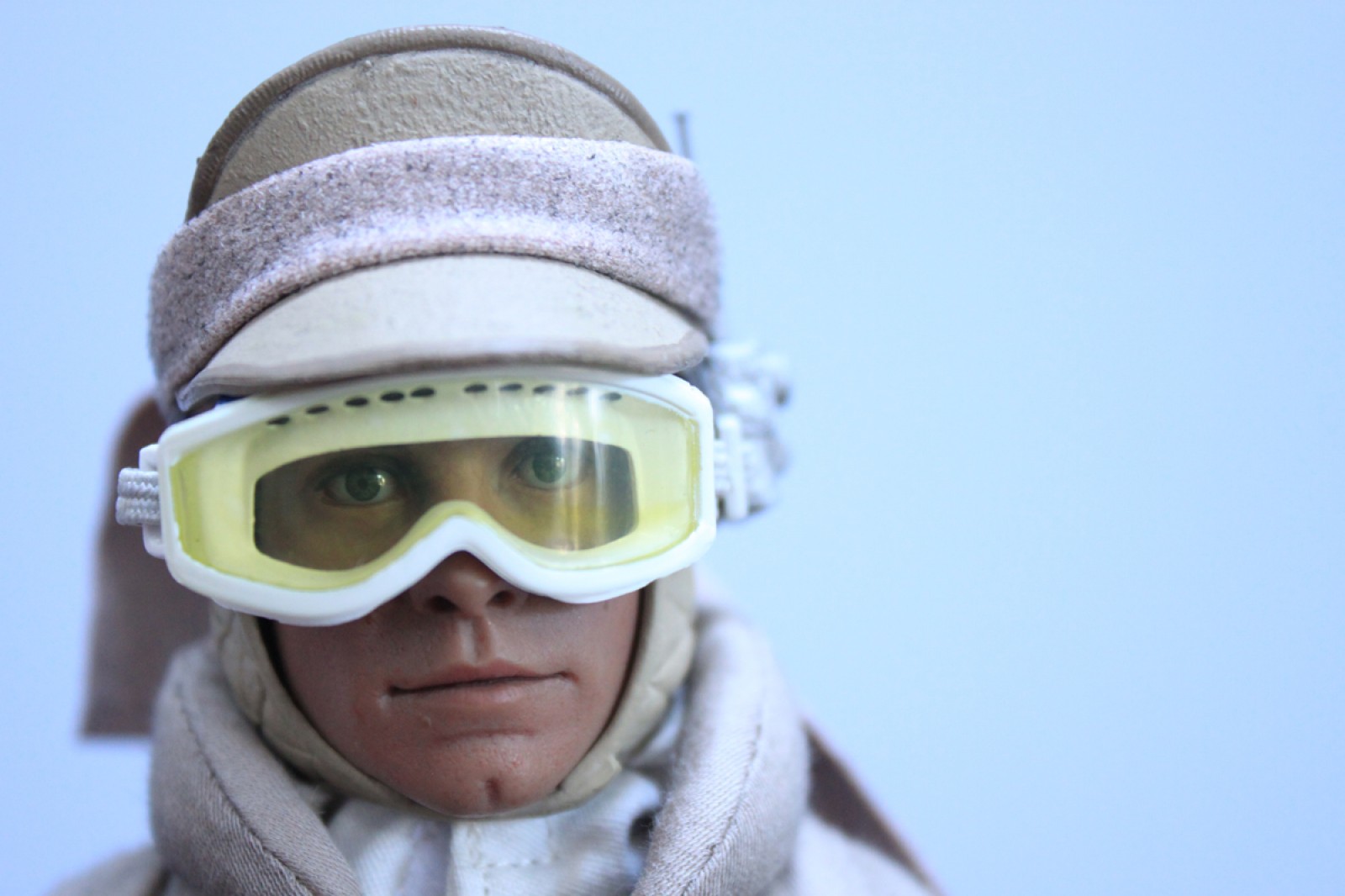 With any high-end sixth-scale collectible figure based on a likeness, it’s important to see just how accurately the actor was captured. Luke’s sculpt is fairly close, though it’s missing some of the scarring from Mark Hamill’s post-Star Wars, pre-Empire car accident, particularly the cut across his right cheekbone. His dimpled chin is replicated rather well, and the moles are accurately represented. The second head included in the set comes sans winter headgear, and is nearly identical to this one, save for the addition of sculpted hair. 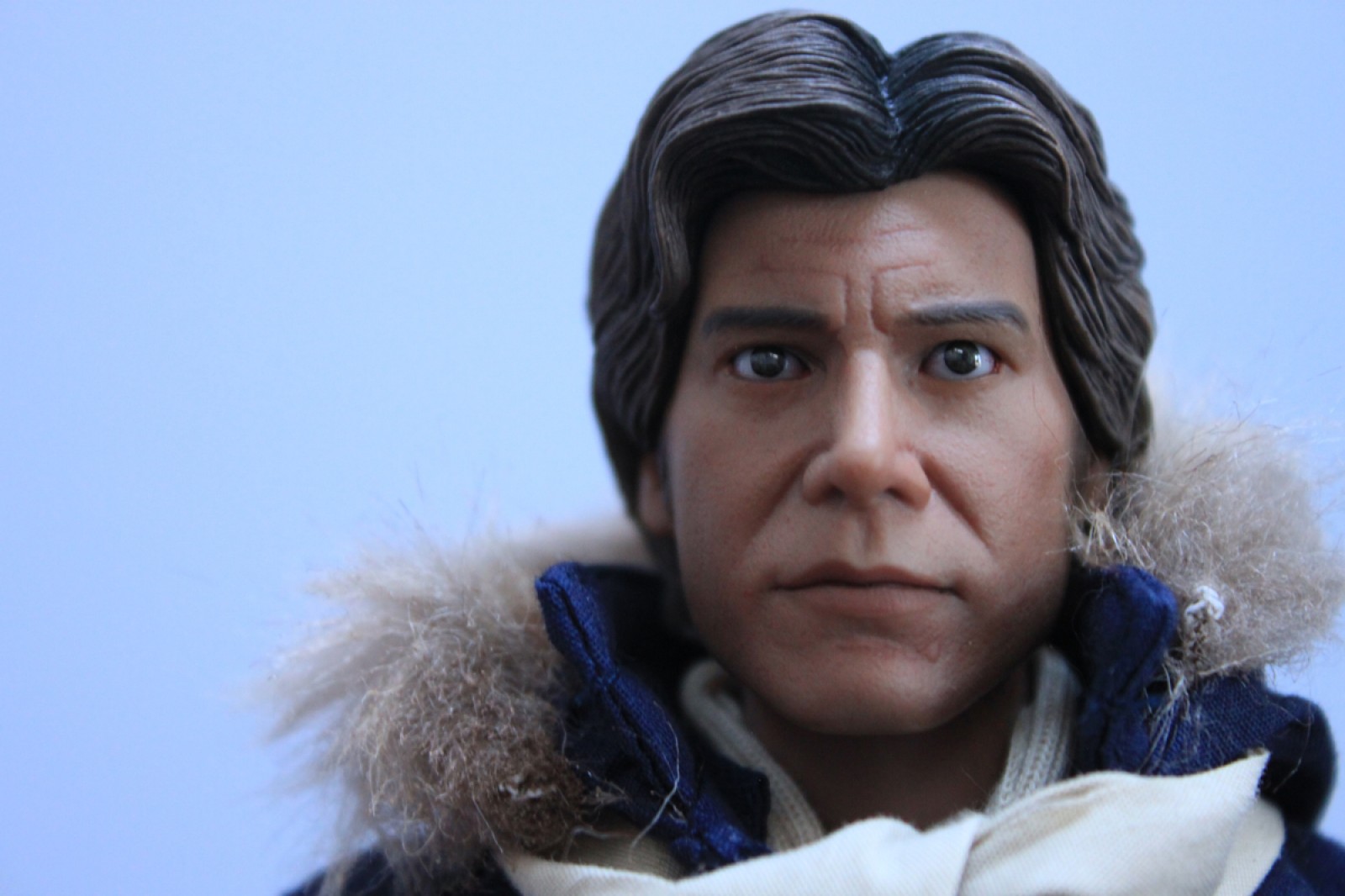 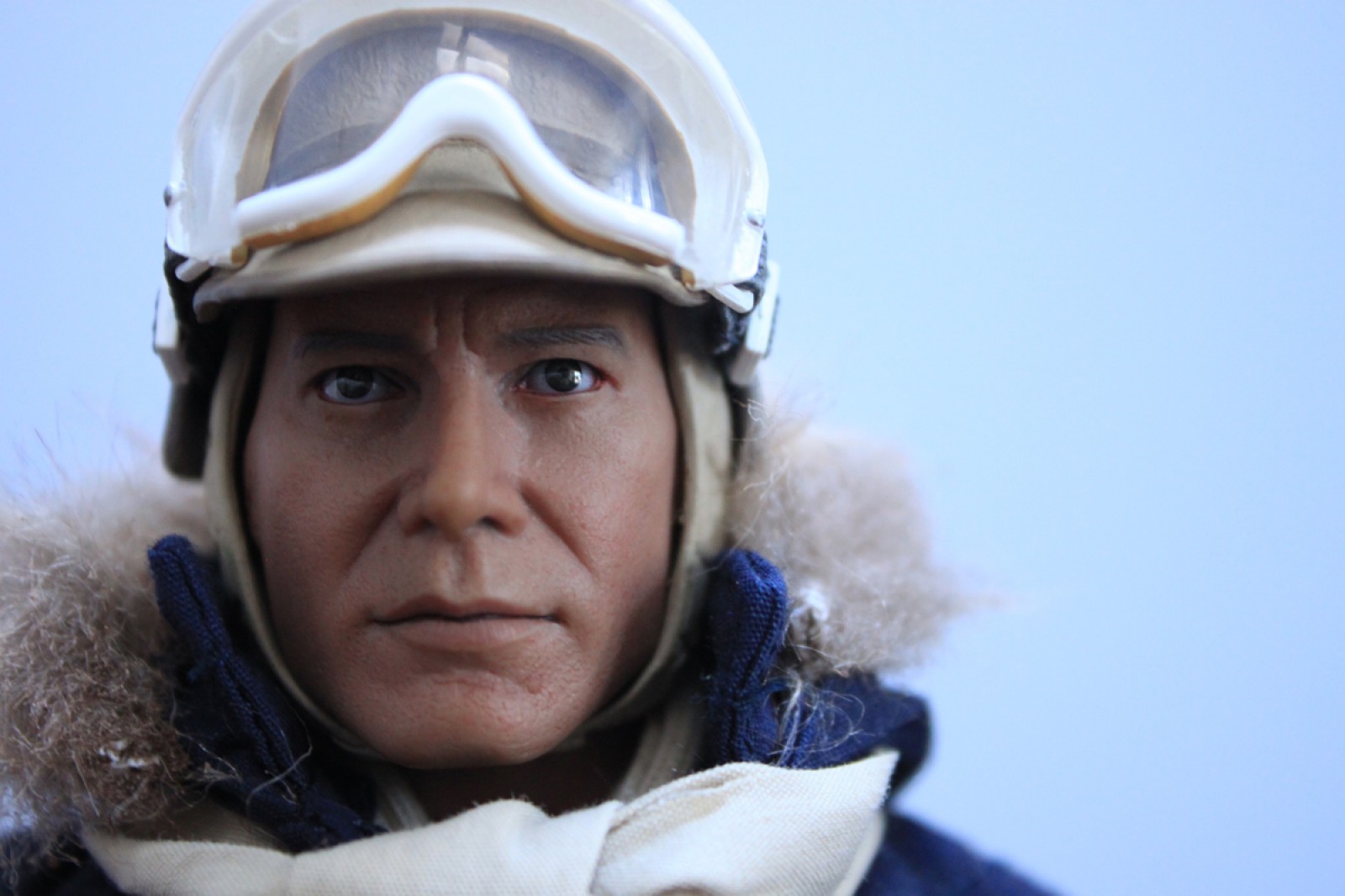 Captain Solo also comes with two head sculpts, featuring portraits with and without winter headgear. Like Luke, both of the facial renders are nearly identical, but the Han sculpt is a tad bit closer to Harrison Ford’s actual likeness. The scarring on his chin is present, but not overpowering, and both the eyes and wrinkling look to be almost spot on. Not everyone captures the slightly crooked nose properly, which Ford also got in a car accident (though well before he signed on to take part in Star Wars), but it looks just off-center enough here. 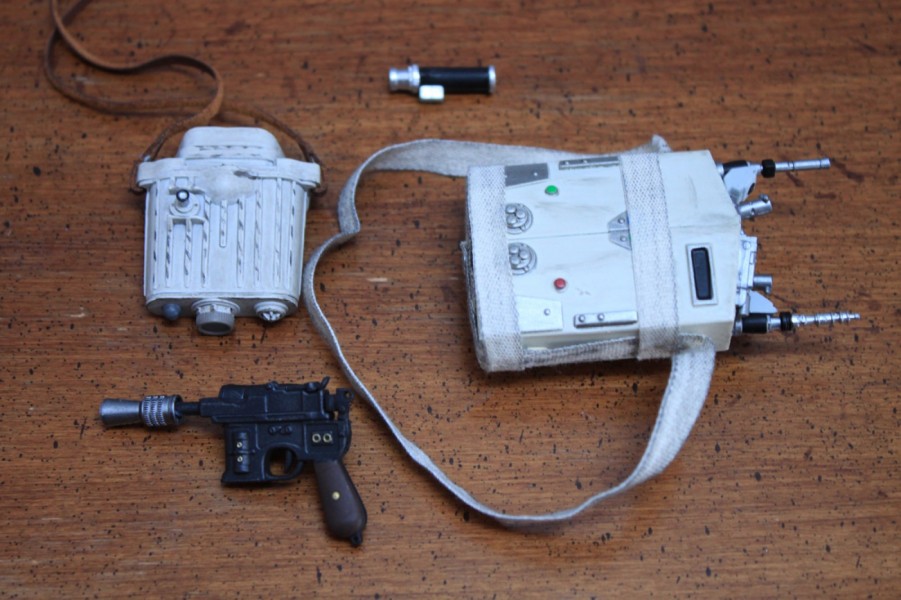 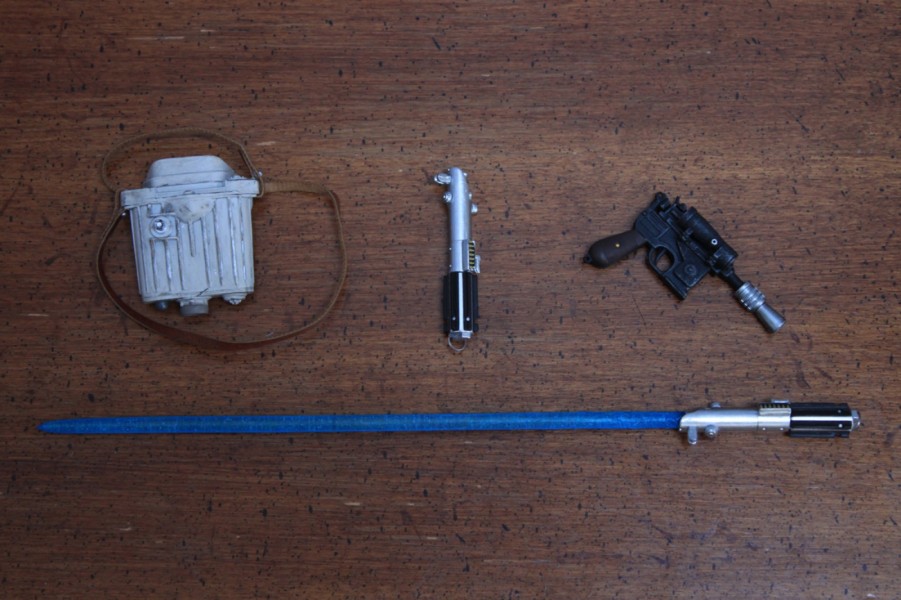 Han and Luke do come with a few different accessories, though both figures are a bit light in that department. Han comes with his signature blaster, the little droid calling device, binoculars and the life scanner, with two sets of antennae. He’s also got eight different gloved hands to hold all his various items. The droid caller is too tiny to fit anywhere but the slot on his belt, but you can have Han hold the life scanner or binoculars, as well as his blaster, just fine. Luke has the same number of gloved hands, as well as binoculars, and he comes with his own blaster. His trusty lightsaber comes in two variations–just the hilt and fully extended. 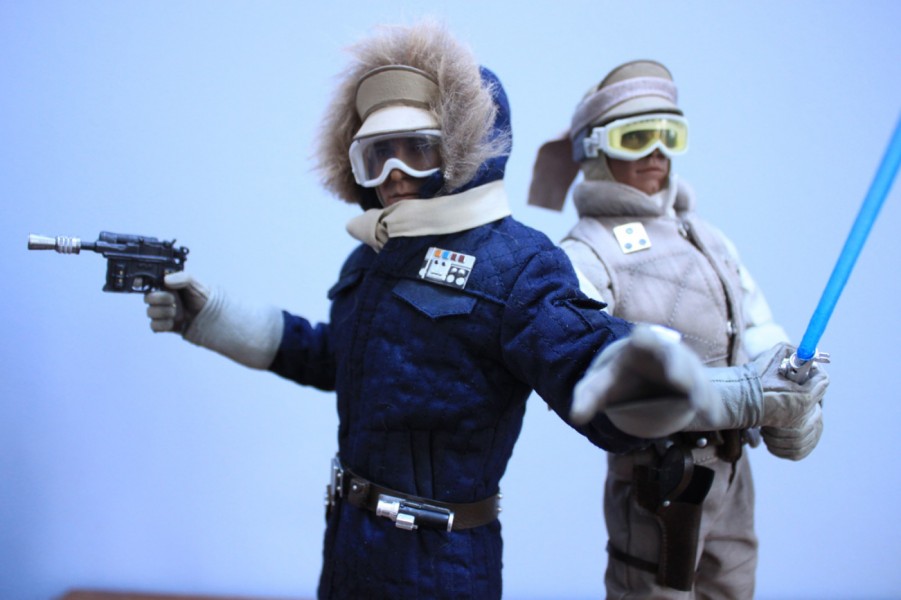 Individually, Commander Luke Skywalker and Captain Han Solo both look great. Paired together, the duo makes an incredible set commemorating one of the most iconic sequences in Empire Strikes Back. Sideshow’s done a tremendous job bringing both characters to life, even down to the snow-covered bases included with the figures. Even with the few minor issues each figure has, these are by far and away the best Han and Luke Sideshow has produced so far.

Check out the full review with more pictures at ComicsAlliance.com.