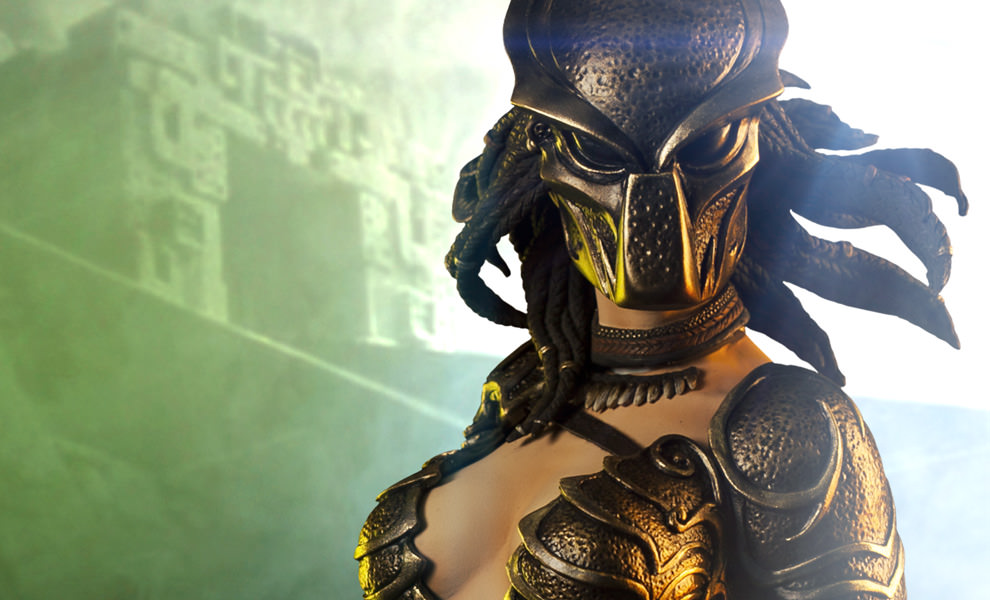 From the AVP universe, Sideshow Collectibles is proud to introduce the Machiko Noguchi Premium Format™ Figure.

Popularly known as the She-Predator by fans of the Aliens Vs. Predator franchise, Machiko is one of the few humans ever to be accepted by Predators as one of their own. Based on an original interpretive character study, Sideshow’s artists have envisioned the beautiful yet barbaric warrior in a customizable display that features interchangeable masked and unmasked portraits. 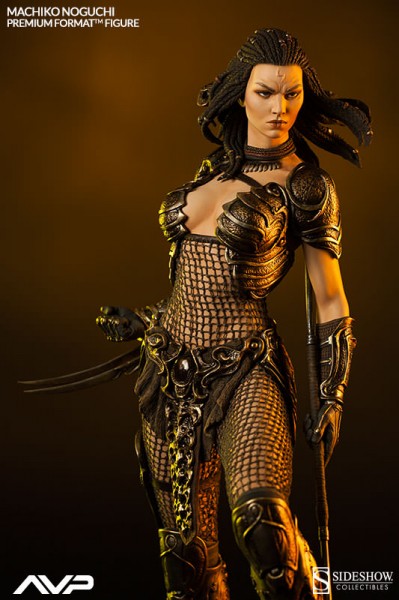 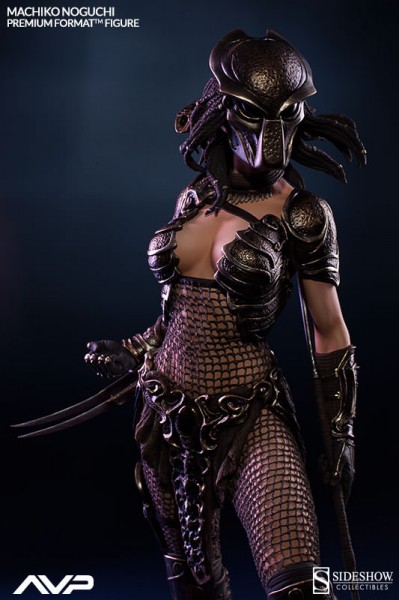 Determined to restore her lost family honor and overcome a lonely existence, Machiko’s tough persona and hunter’s prowess is perfectly captured in her expression and pose. 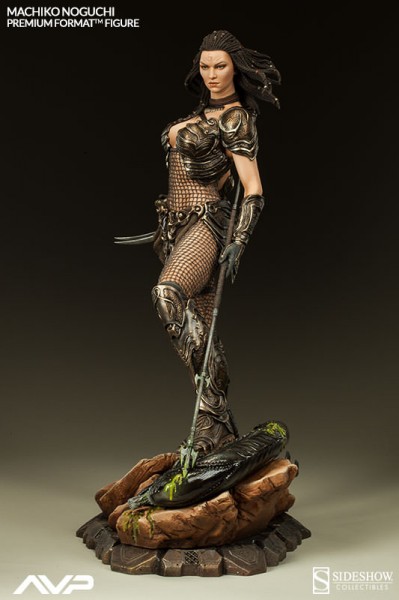 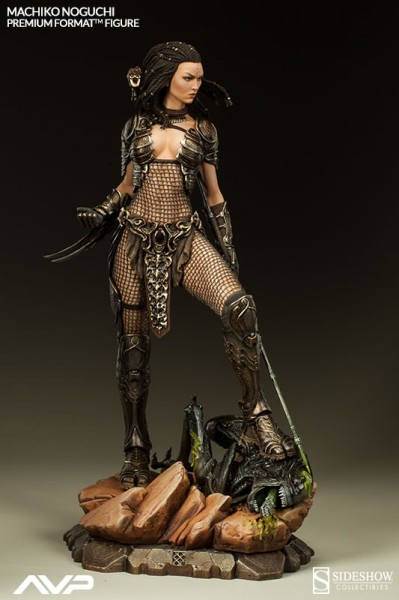 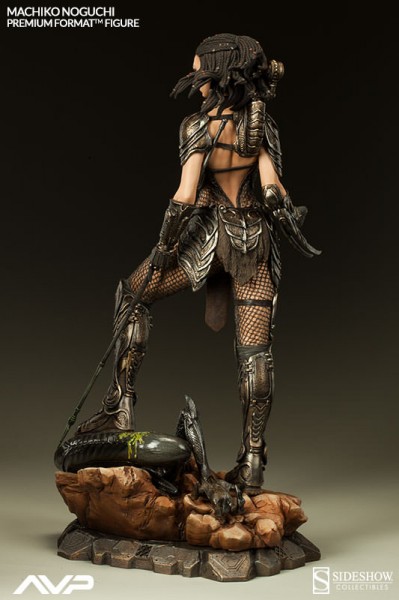 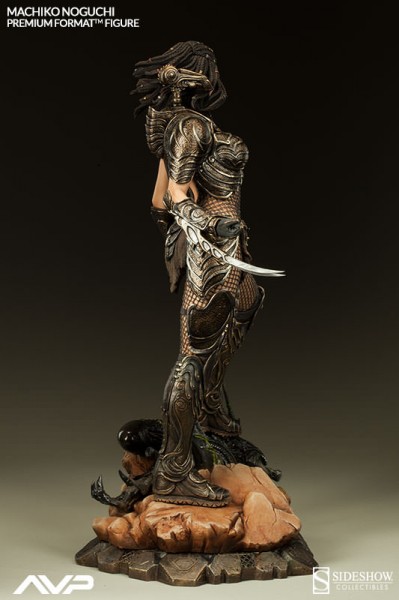 Having won the hard earned respect of a Yatuja leader, her striking appearance imitates theirs. Machiko wears her dark hair in dreadlocks, customized Predator armor with a fabric netted body suit, and the mark of their clan on her brow. 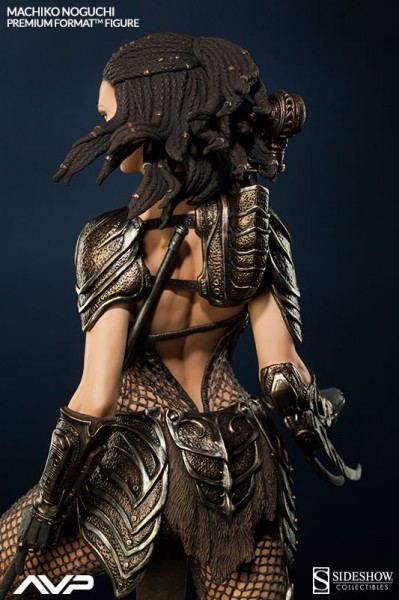 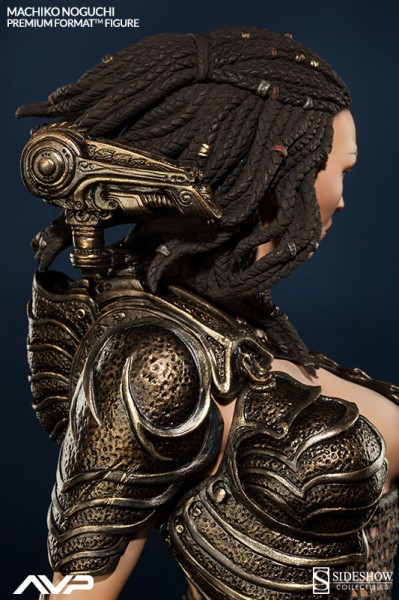 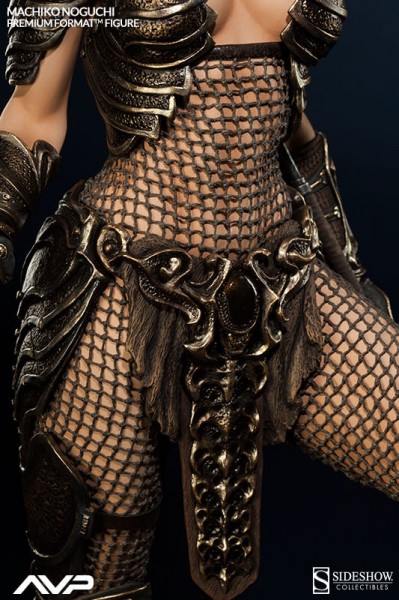 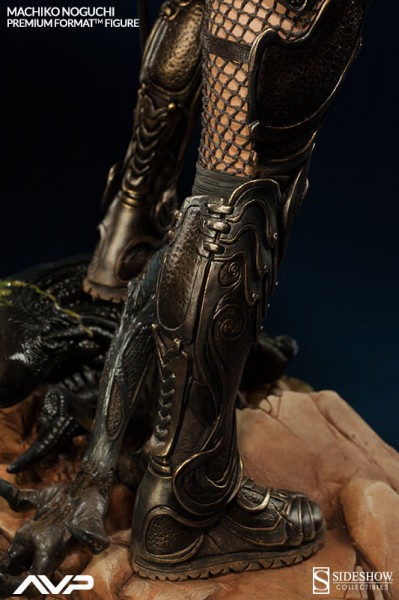 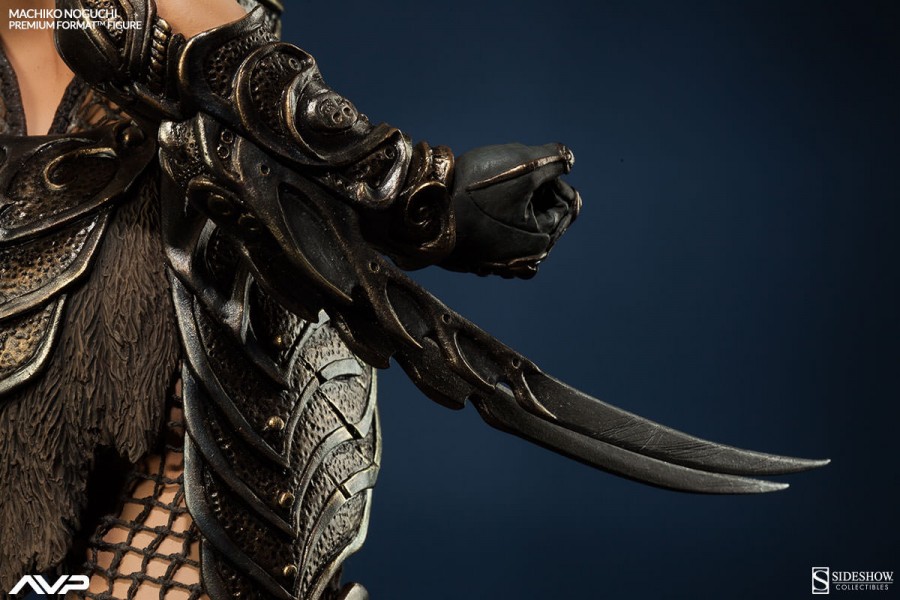 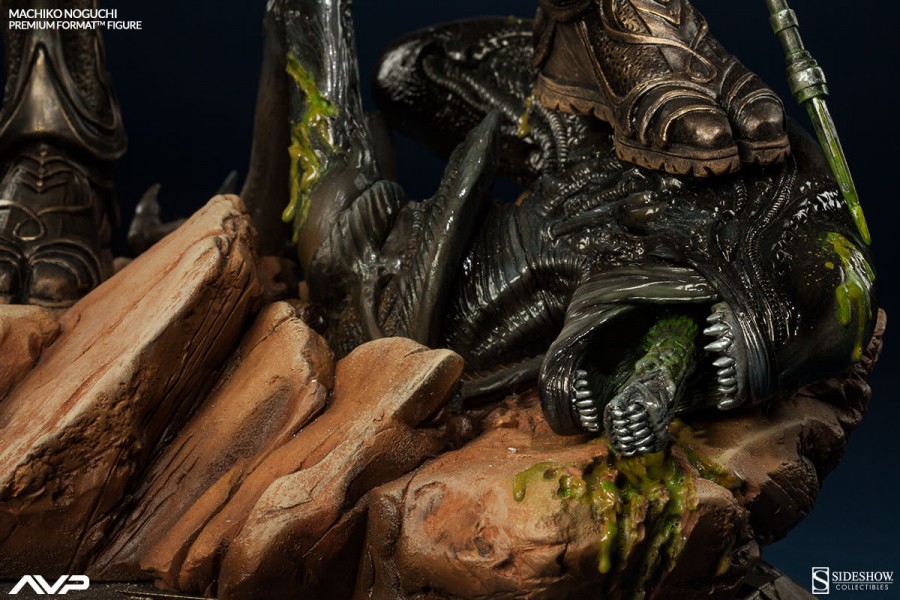 Standing triumphantly over a slain Alien, and armed with razor sharp wrist gauntlets, a combi-stick spear and shoulder-mounted plasma cannon, it’s plain to see Machiko can take care of herself, as part of the pack or out on her own. 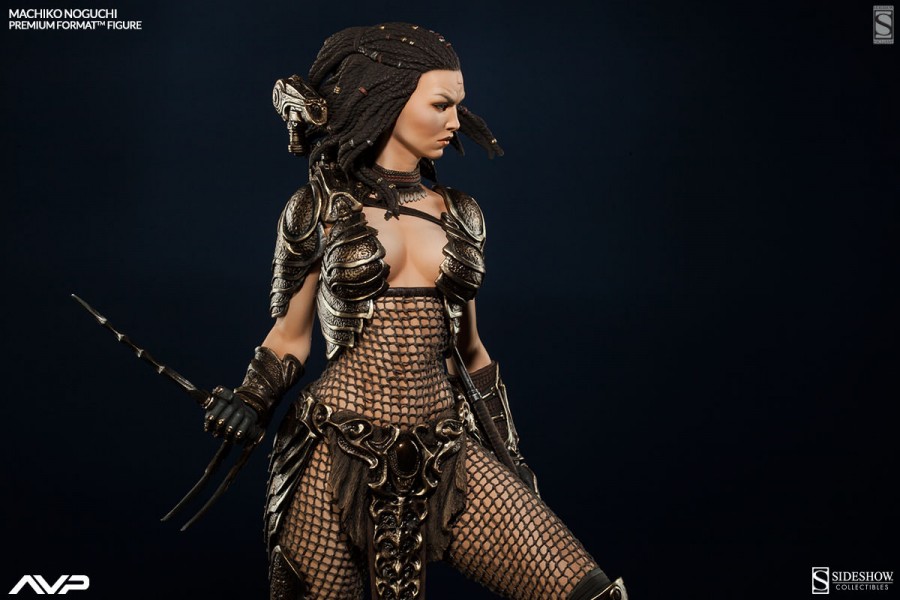 The Sideshow Exclusive edition will include an additional ceremonial Predator knife swap out weapon accessory (shown above and below). 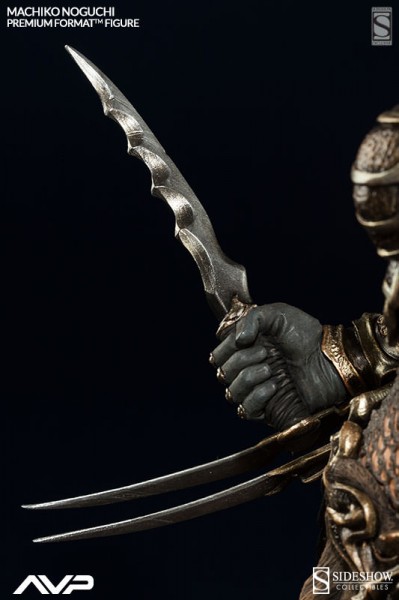 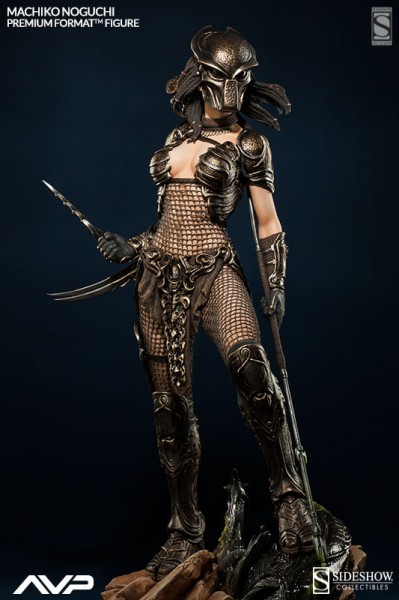 The regular and exclusive versions of the Machiko Noguchi Premium Format™ Figure will each be priced at $439.99, with optional payment plans available. Preorders begin this Thursday, May 15th.

The Foundation of Good Design: an interview with sculptor Mark Newman