What does it mean to be wise in the Force? It means to understand the will of the universe, and how to find balance within it. It is fair to assume that the Jedi Master Yoda is the wisest of all Jedi that we have ever met, and perhaps this is true. Still, there may be one who was even wiser: the Jedi Master Qui-Gon Jinn.

Though he was never on the Jedi Council, he was always held in high regard for his unique understanding of the Force. It was his exploration of the prophecies and mysticism of the Force that lead to his rather unique death. But what exactly happened to Qui-Gon Jinn?

Qui-Gon Jinn was a unique Jedi. While he pledged his loyalty to the Jedi Order, and fought for their missions, his true loyalty rested with the living Force itself. He had connected with the Force more personally than the whole of the Jedi Council could. He felt that they were too caught up in politics, and blinded by their attachments to winning the war to truly hear what the Force desired.

When he listened to the Force, and read the ancient Jedi prophecies of old, he discovered the prophecy of the Chosen One. The Chosen One would be powerful enough to bring true balance to the Force. Qui-Gon Jinn believed that the young Anakin Skywalker was the Chosen One. But cruel fate introduced Qui-Gon Jinn to the Sith Lord Darth Maul. Their duel was brief, but it was the first emergence of a Sith in a millennia. This only convinced Qui-Gon further than Anakin was the Chosen One, for a powerful light side user would naturally have a dark side opposite.

Eventually, during the Battle of Naboo, Qui-Gon Jinn and Darth Maul met once again. Obi-Wan Kenobi was there to help Qui-Gon Jinn fight, but when Qui-Gon was alone with Darth Maul, he was overcome and eventually killed by the Sith’s unique dual-bladed saber. With his very last breath, he made Obi-Wan Kenobi promise to train Anakin Skywalker, the Chosen One, so that he might bring balance to the Force.

It may seem misleading to say that a Jedi perishing in a battle against a Sith Lord is unique. After all, many Jedi and Sith have fought before. However, it’s not the circumstances of Qui-Gon’s death that make it so rare. It is what happened after, and how it happened.

The Shaman of the Whills and Five Priestesses 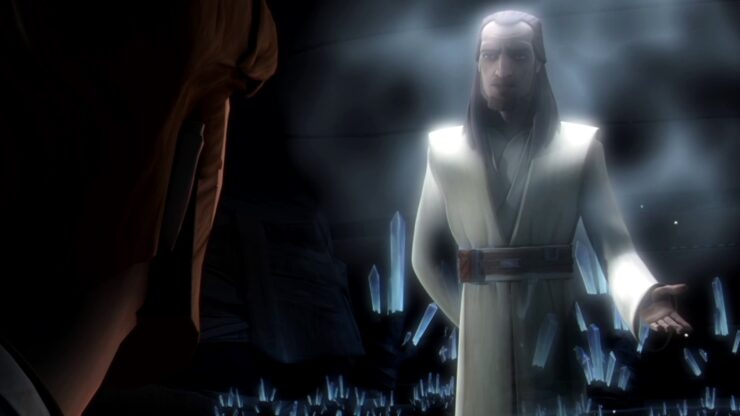 Even though he perished in battle, Qui-Gon Jinn’s consciousness continued. He had found the secret to immortality through the Force. However, unlike the Sith, who wish to live and hold their power for eternity, immortality through the Force is different. Qui-Gon knew it. He learned it from the Shaman of the Whills, who taught him that becoming a Force Ghost requires a person to be entirely selfless.

When Qui-Gon Jinn died protecting the Chosen One, he was acting on behalf of the Force, willing to give anything to find balance once again. This was an act completely devoid of ego, so he was able to merge his consciousness with the living Force. And in places with a heavy concentration of the Force and midichlorians, Qui-Gon was able to speak and even appear to those he once knew. While the Shaman of the Whills was not there to carry on his teachings, Qui-Gon was able to pass on his knowledge of immortality to Master Yoda.

He instructed Yoda to meet with the five Force Priestesses: Serenity, Joy, Anger, Confusion, and Sadness. These priestesses were the representation of the Living Force given form. However, they were shapeshifters and Force Ghosts themselves. Yoda learned how to become a Force Spirit through them, and through Master Jinn’s instructions on Dagobah.

So perhaps, it may just be that Qui-Gon Jinn is the wisest Force user that we have ever met, as his story continues even in death, influencing many Star Wars fan favorites in their pursuit of balance and connection.

What is your favorite part of Qui-Gon Jinn’s story? Is the Duel of Fates in your top ten Star Wars duels? Let us know in the comments, and don’t forget to Let Your Geek Sideshow! 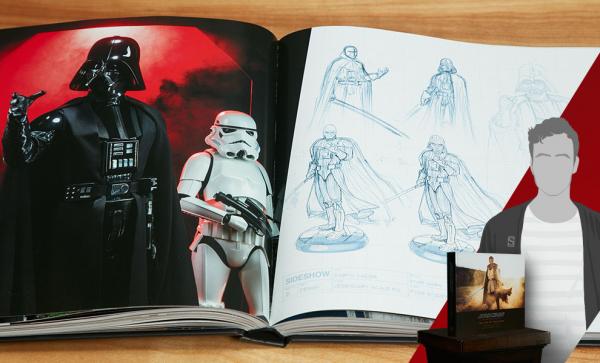 Star Wars: Collecting a Galaxy - The Art of Sideshow
Book

Coming Up on The Comics Haul: X-Corp #1 and Heroes Reborn Peter Parker, The Amazing Shutterbug #1