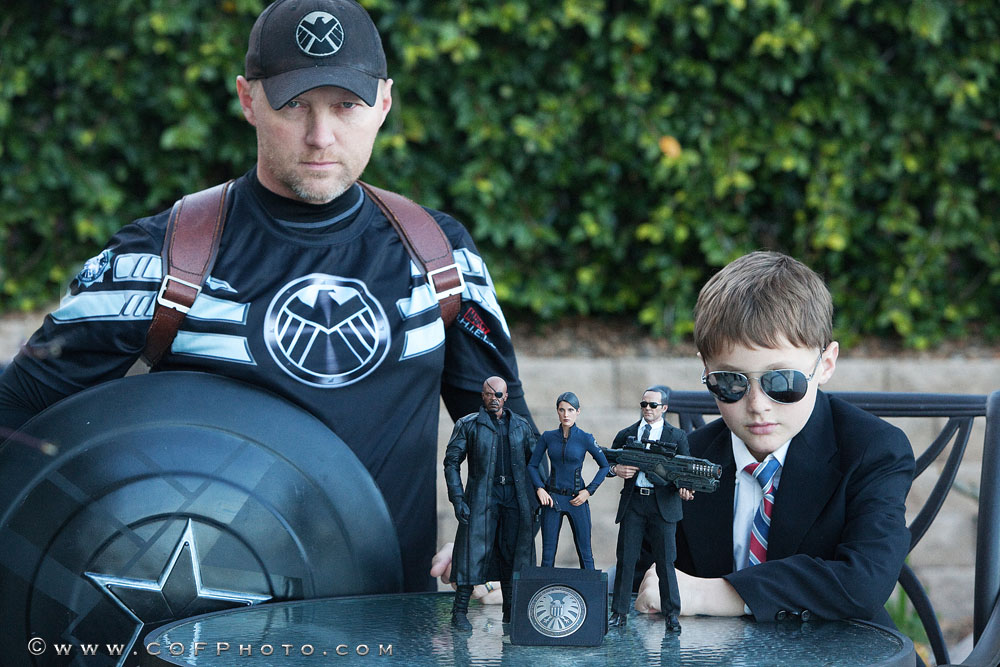 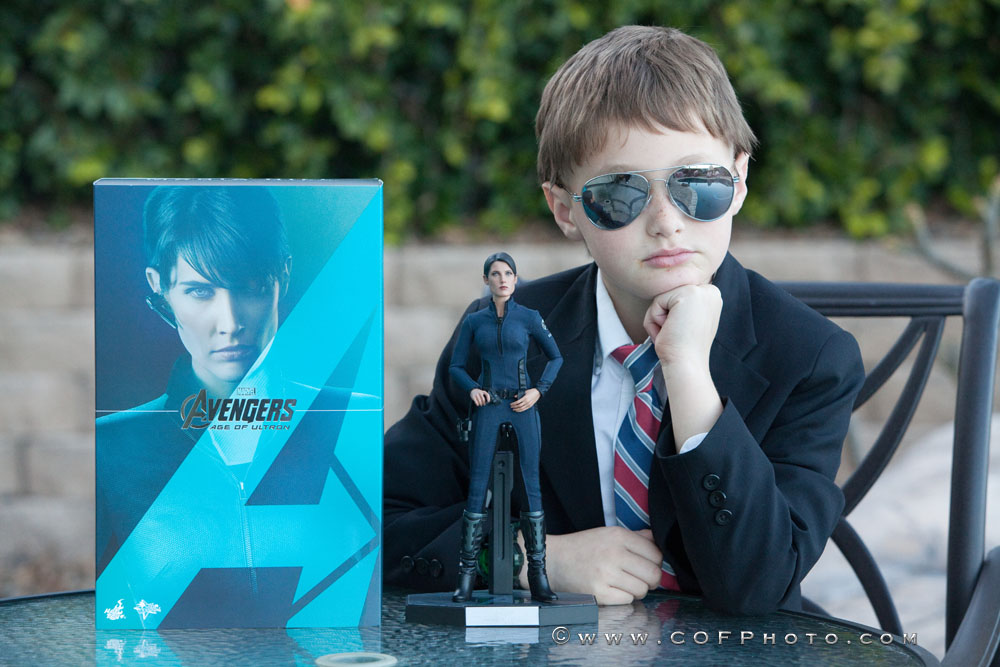 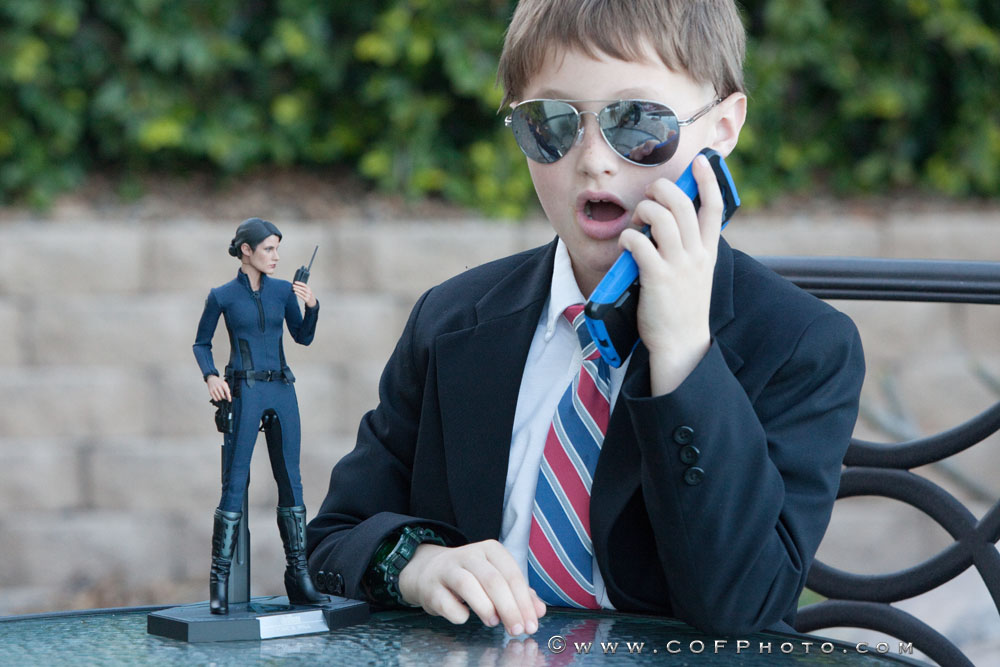 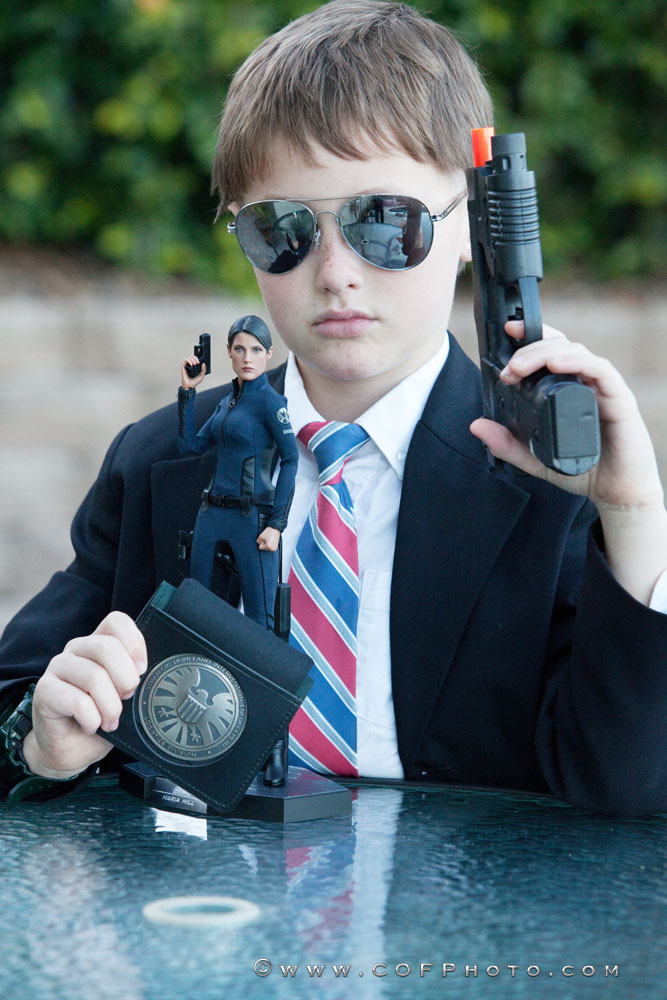 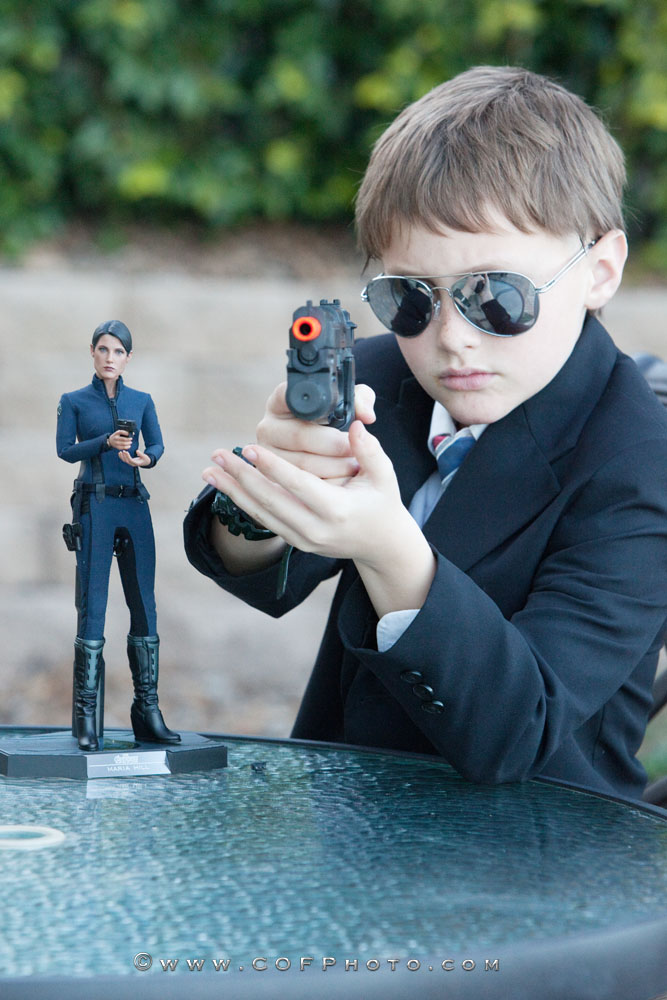 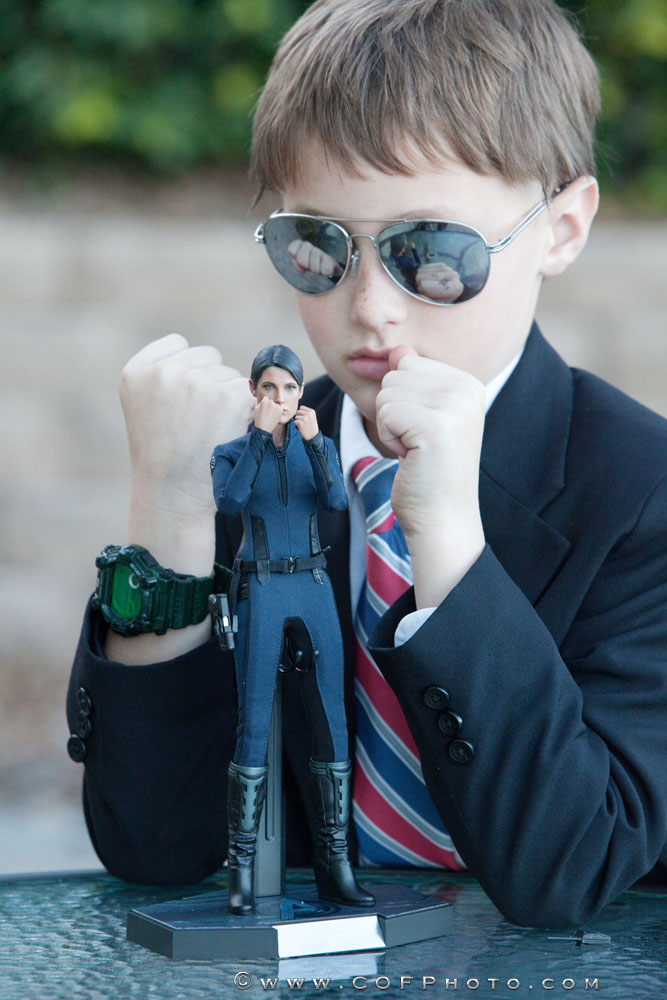 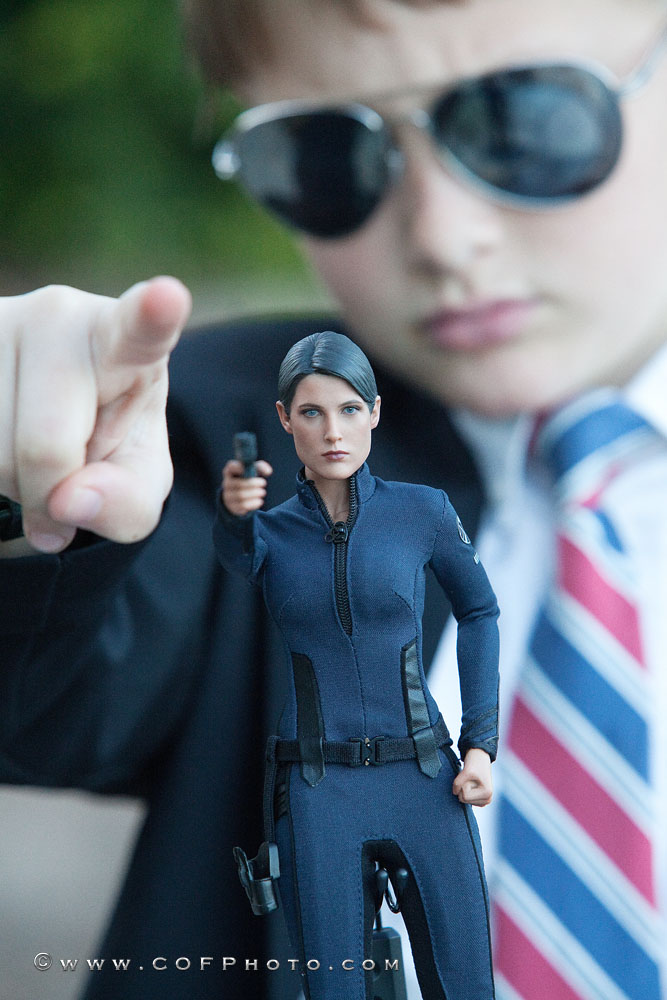 We need more female Hot Toys figures, and I was so glad when I first heard that they were finally making Maria Hill. The character doesn’t have the biggest role in the MCU, but she has made appearances in The Avengers, Captain America: The Winter Soldier and Avengers: Age of Ultron, not to mention each season of Agents of S.H.I.E.L.D., plus a few animated series and comics. So it’s great to see her get her day for collectors. 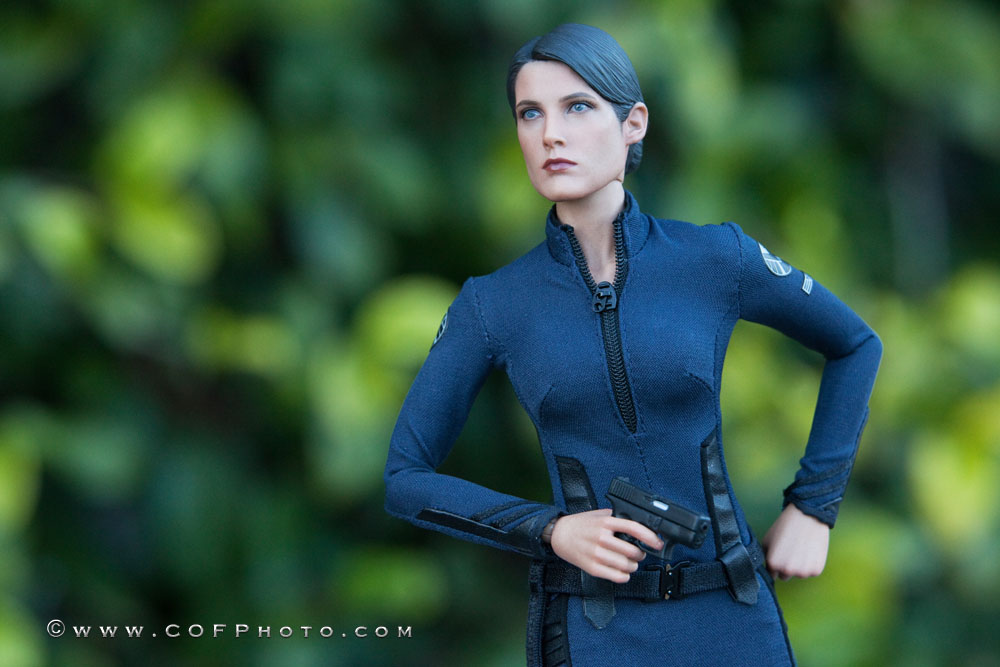 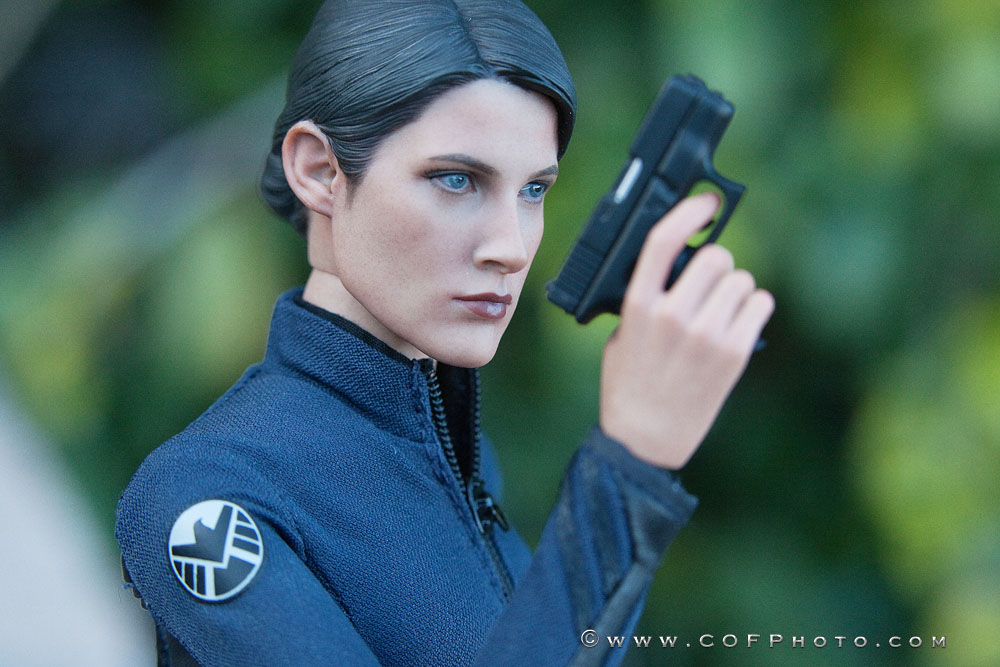 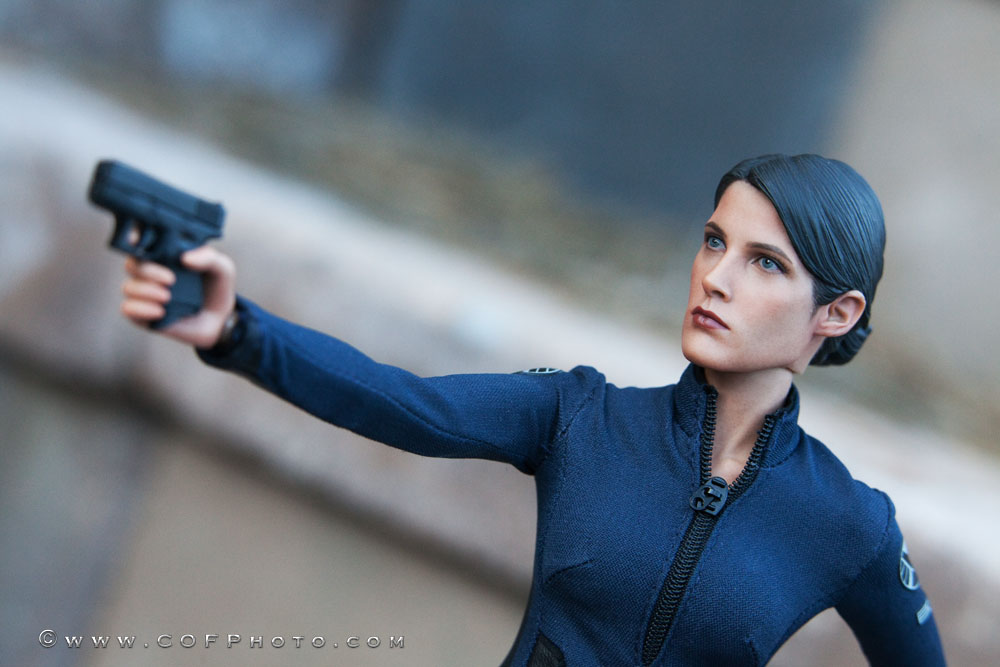 The head sculpt is a wonderful representation of Cobie Smulders and Agent Hill’s typical serious demeanor. The eyes just come alive in the right lighting, especially outside. From certain angles, photos of this figure are easily mistaken for pictures of Cobie Smulders herself. 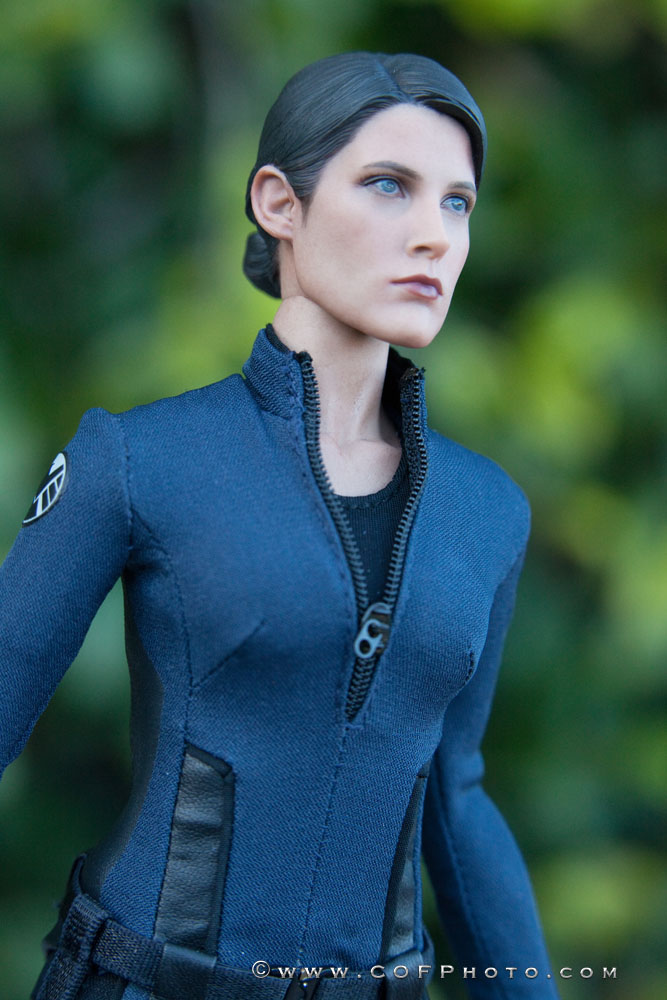 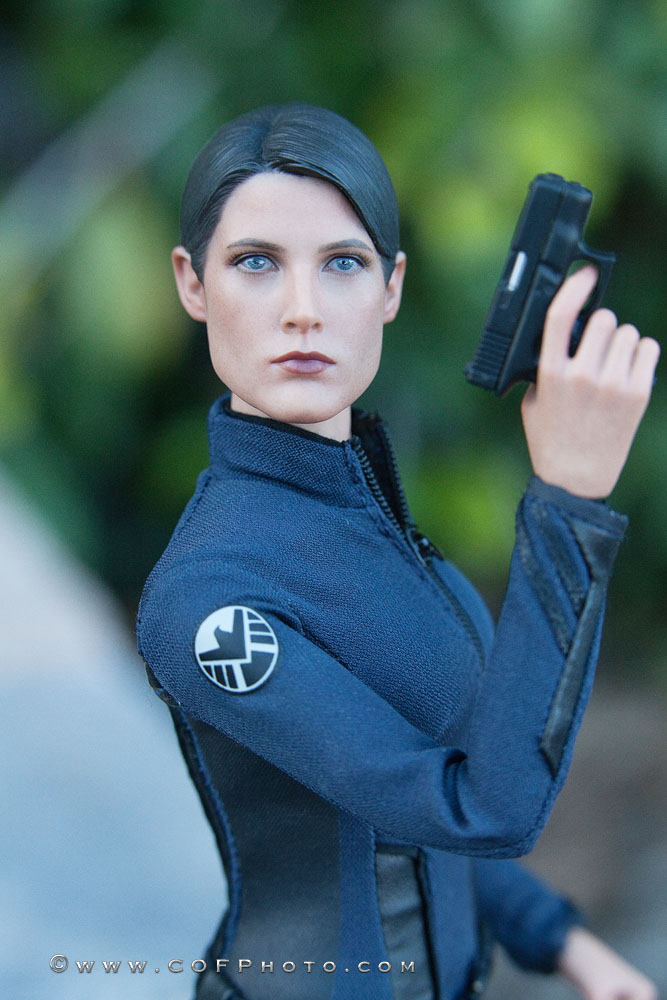 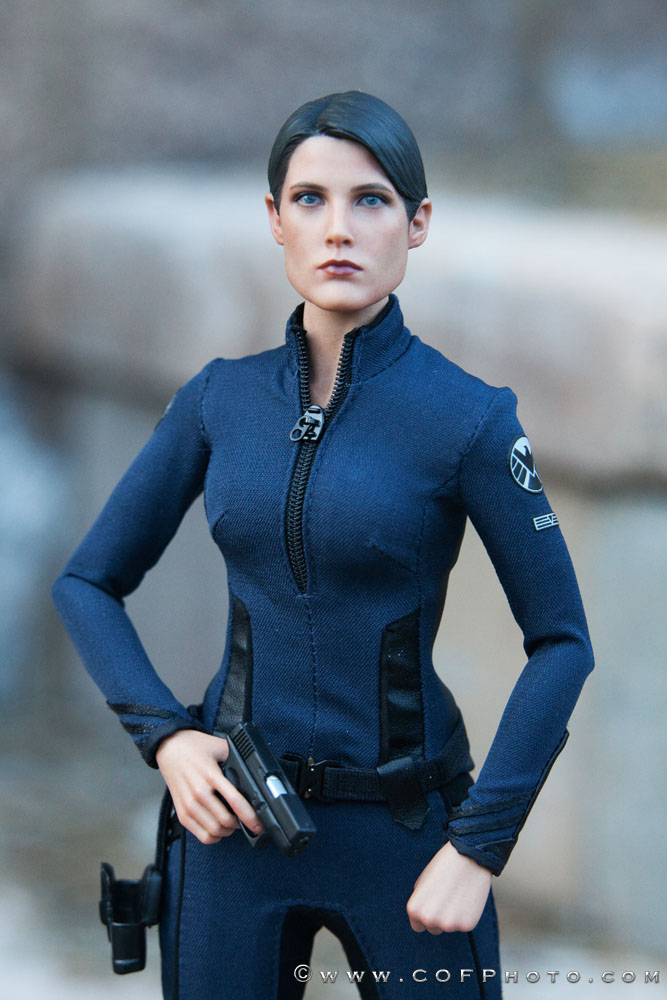 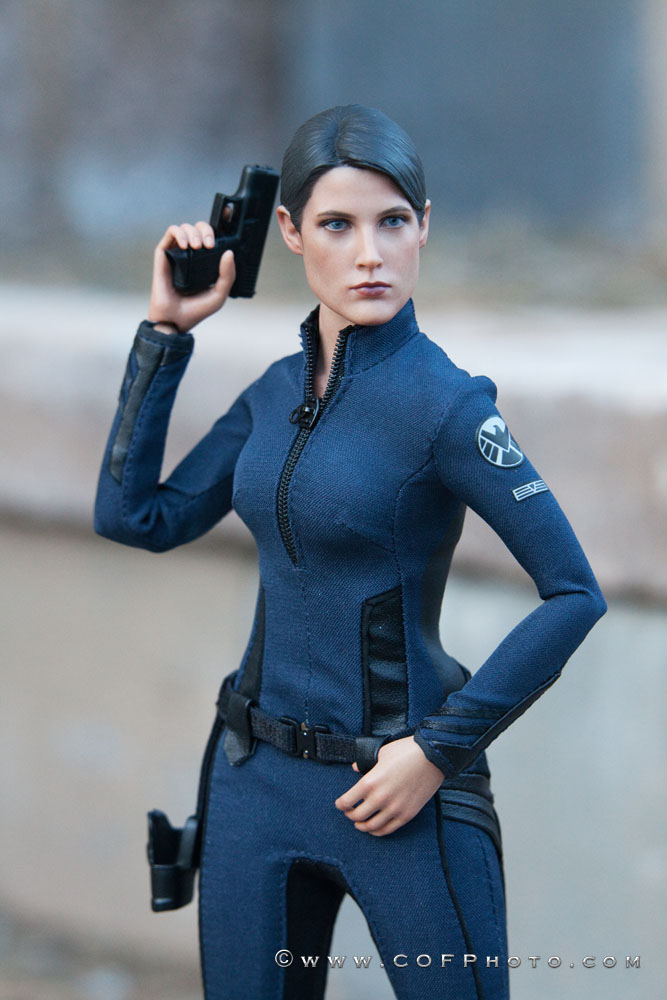 As far as accessories go, she comes with several interchangeable hands, a walkie-talkie and a pistol (with a drop holster on her leg, which is nice). She also comes with a matching Age of Ultron figure display base, which is definitely an upgrade from the older, flat oval stands. 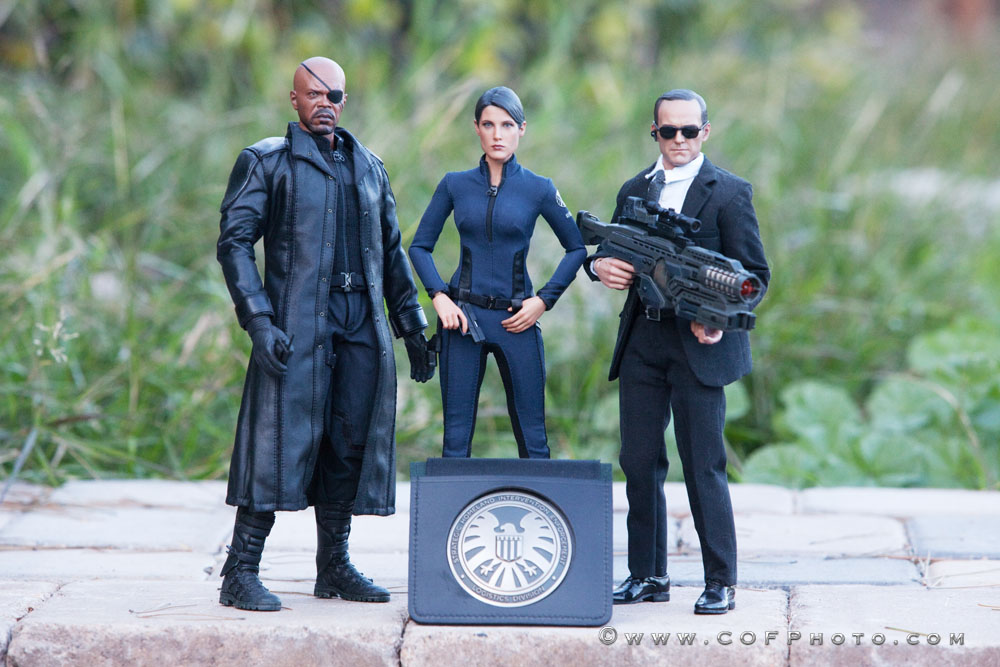 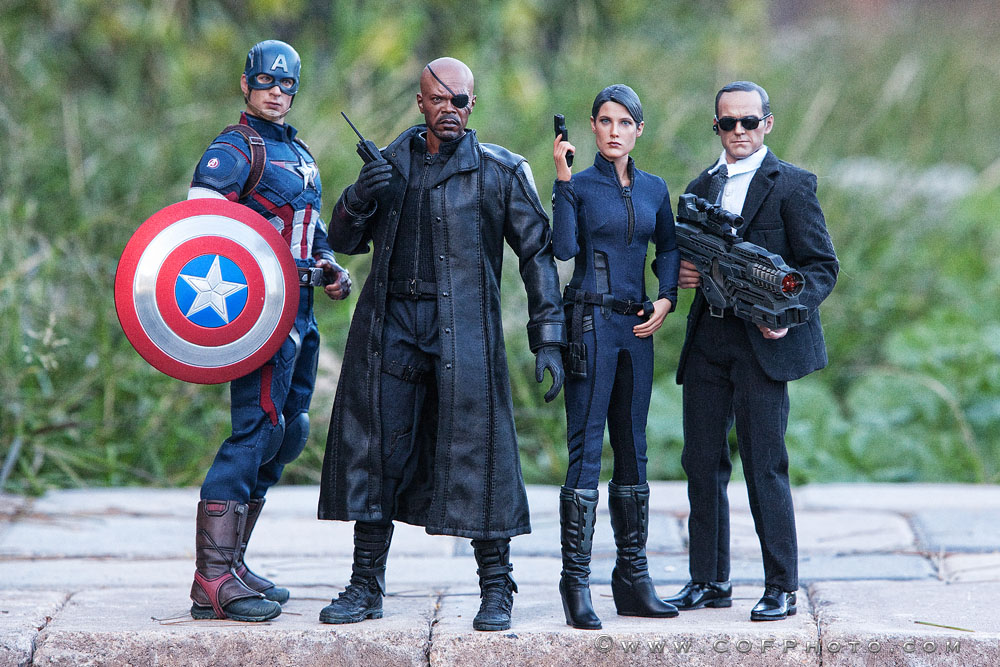 Make no mistake, on her own this figure certainly isn’t going to jump out at you. But Maria Hill is a strong supporting role and companion piece, and definitely shines when you put her with other figures in your collection. Display her with Agent Coulson (a figure that was underrated when it first came out and is now hard to find), or go full S.H.I.E.L.D. and add Nick Fury. Toss in Captain America for a really beautiful display, or go crazy and team her up with your S.H.I.E.L.D. agents plus all of the Avengers – that would be perfection! 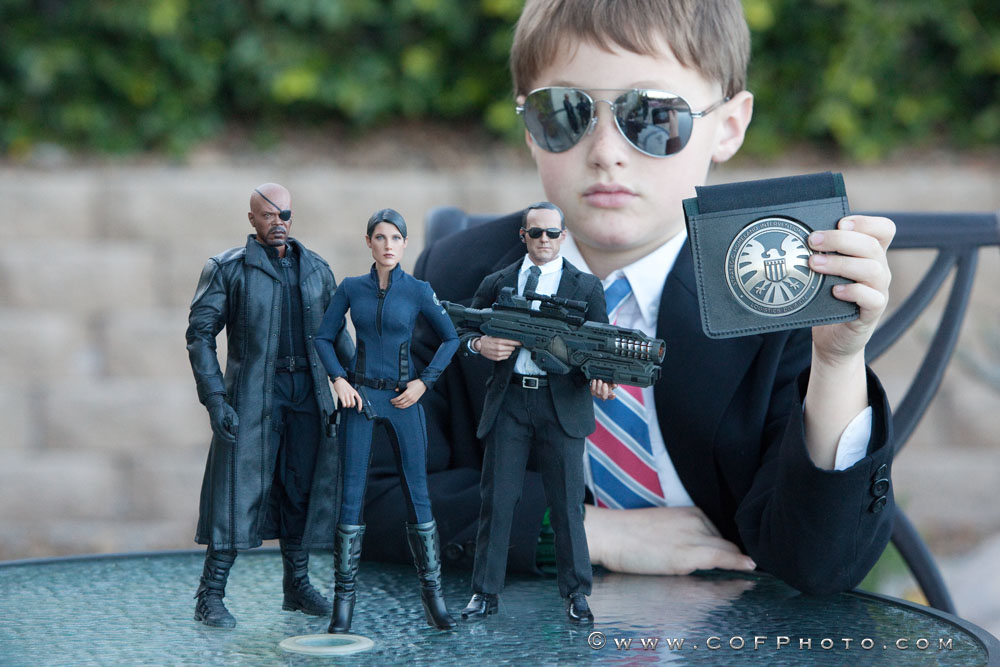 This figure is certainly a must have for anyone who wants to complete their Marvel collection. As for future ladies of Marvel, Scarlet Witch is right around the corner, and she looks awesome! Now if we could only get Nebula… 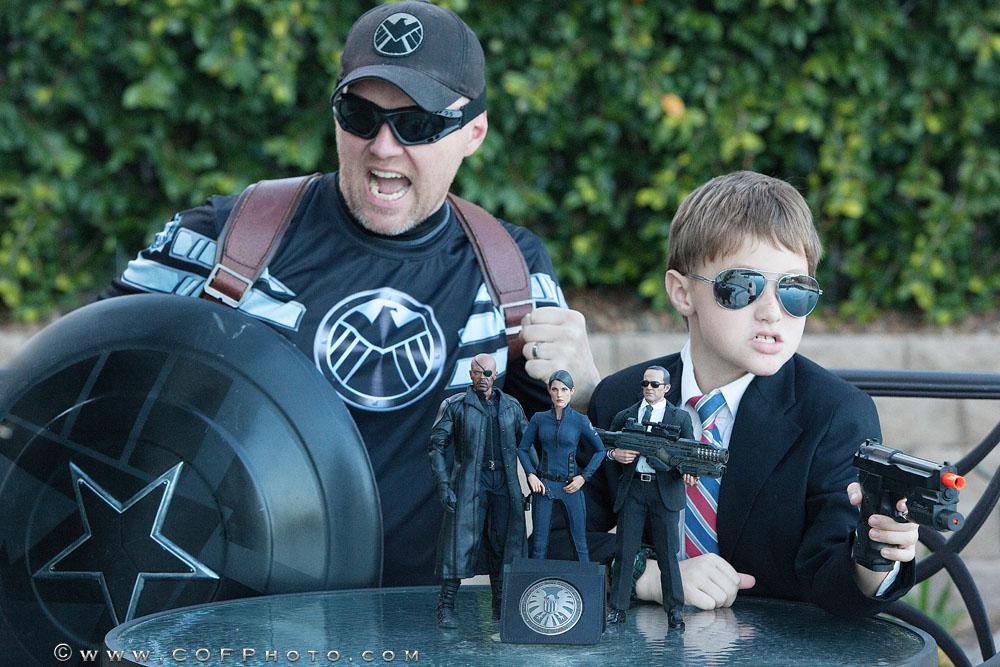 Until next time!
Gavin and Shawn Richter
(aka Kid Coulson and Captain America, aka The Richter Boys)

Should there be a PG-13 version of Deadpool in theaters?

Sideshow presents Skeletor from Masters of the Universe – What a wonderful day for evil!