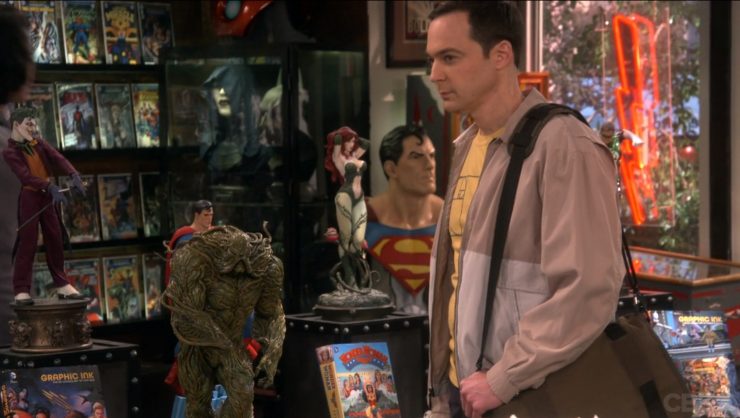 Bazinga!  Sideshow’s very own Swamp Thing Maquette appeared on the newest episode of The Big Bang Theory on CBS. 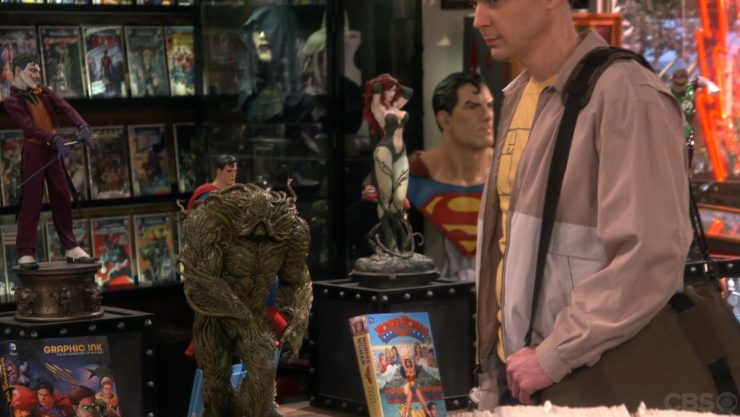 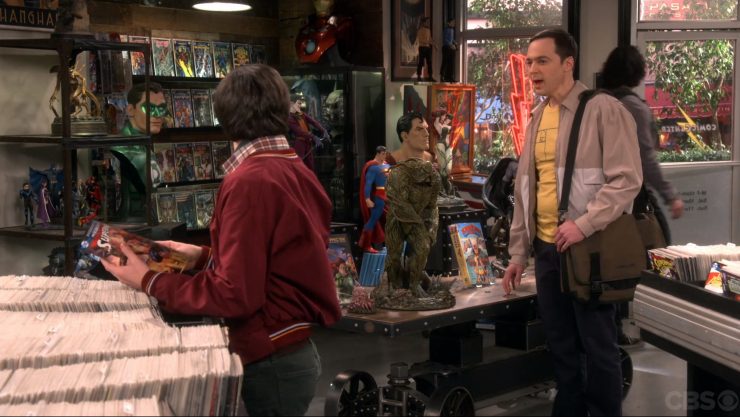 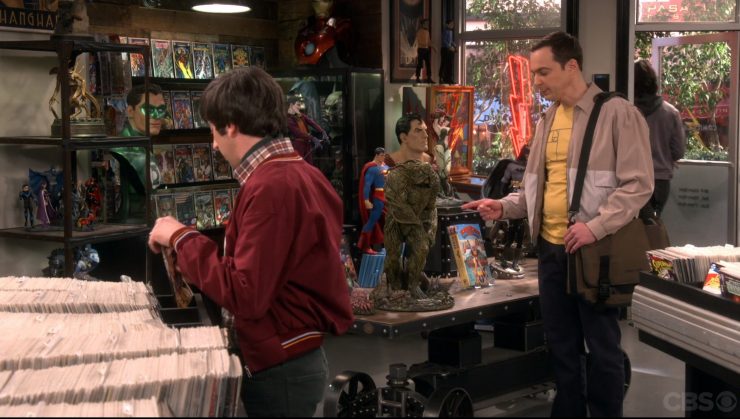 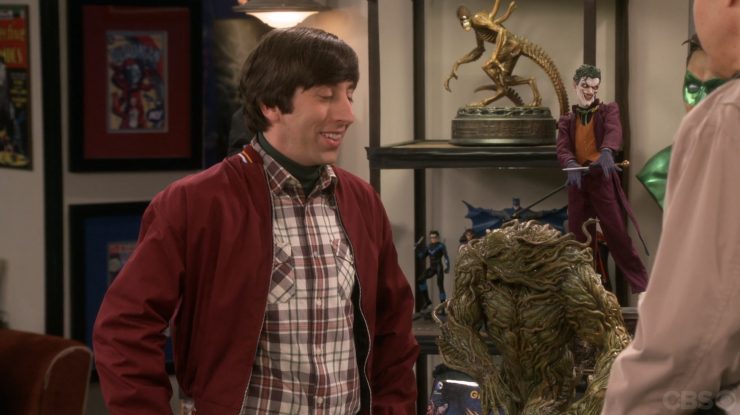 Both Swamp Thing and his Exclusive accessory Cranius can be seen in a scene at the comic book shop during the episode “The Matrimonial Metric”.  The characters are browsing the store when Sheldon ponders adding the green goliath to his own collection. 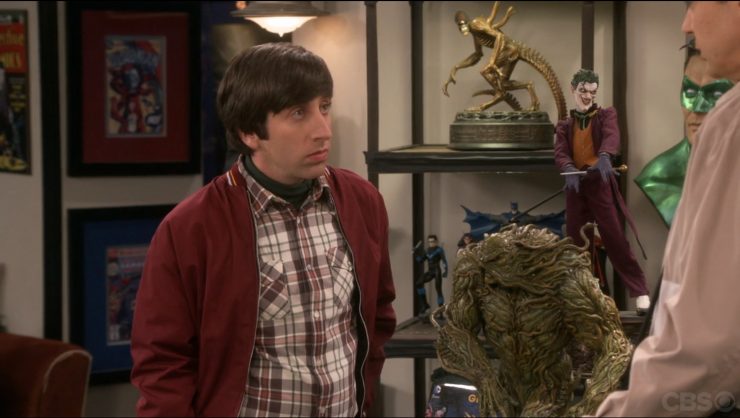 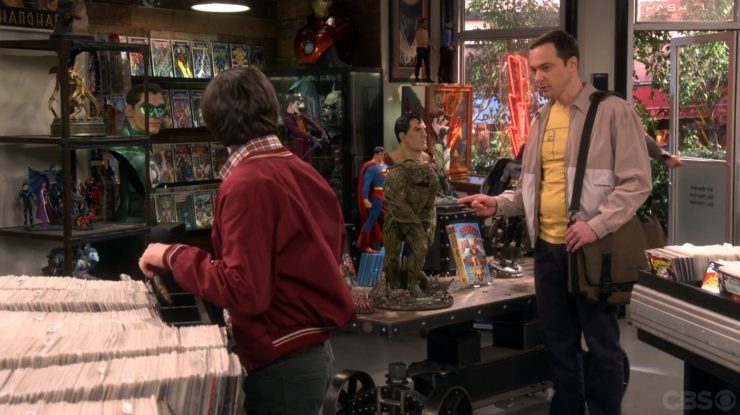 The Swamp Thing Maquette appears between 12:04 and 12:34 in the video, which is currently streaming for free on the CBS website, and is also available for subscribers to CBS All Access and CBS on Demand.

Fans and collectors may also notice some other Sideshow statues on the set.  Take a look at this behind the scenes picture and see what you can spot! 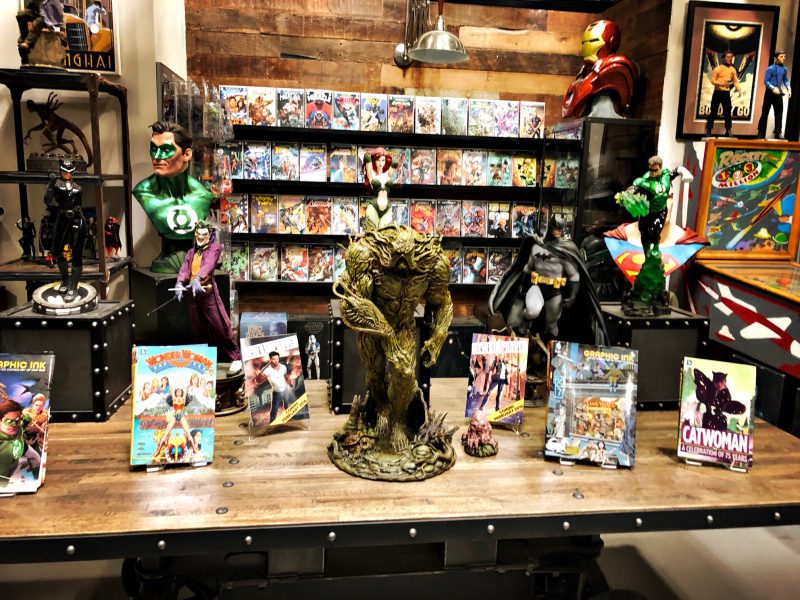 Did you catch Swamp Thing’s big on-screen appearance?  Will he make his next cameo in your collection?  Sound off in the comments!