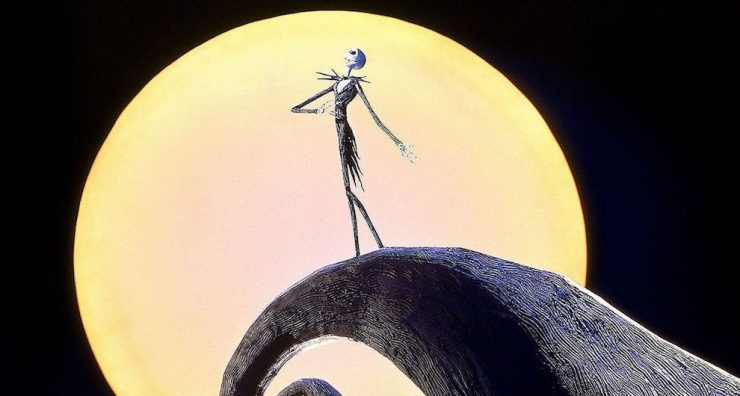 In other words, it’s almost time to channel your inner Jack Skellington and go to Christmas Town! Dig up your festive garb, sway those hips to holiday songs, and festoon your home in colorful and joyful skeletons and severed heads.

We would like to raise a special pumpkin-infused toast to The Nightmare Before Christmas. Since its release nearly 30 years ago, Disney’s stop-motion spectacle has garnered widespread critical acclaim. However, it has continued to divide audiences over whether it should be categorized as a Halloween movie or a Christmas movie.

If we were to take a chance and roll Oogie Boogie’s dice, we would say November is the peak time to watch this holiday classic. Keep reading for spooktacular secrets from behind the scenes of the popular holiday movie mash-up. Then take our poll and tell us once and for all: Does The Nightmare Before Christmas belong to Halloween or Christmas?

The Movie Was Based On A Poem 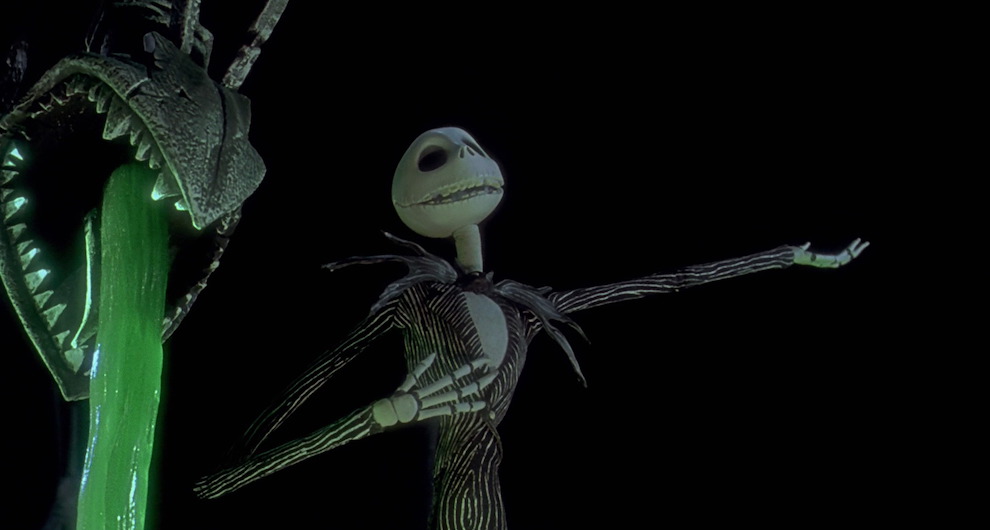 While working as an animator at Disney, Tim Burton experimented with various forms of storytelling and filmmaking. During this time, he penned a three-page poem titled “The Nightmare Before Christmas,” a parody of Clement Clarke Moore’s seasonal classic “A Visit from St. Nicholas” (also known as “‘Twas the Night Before Christmas”).

He teamed up with Rick Heinrichs to develop storyboards and tinker with concept art for his original poem, featuring Jack Skellington and his ghost-dog Zero. Throughout the drafting process, the pair sought insight from fellow Disney animator Henry Selick. Years later, Selick went on to direct the full-length feature when it was approved by the studio.

Burton’s twisted vision started to turn into a big-budget motion picture in the summer of 1991 when production began. However, the painstaking stop-motion technique meant that it took a crew of 120 people over two years to film.

The Poem Was Inspired By Seasonal Decorations 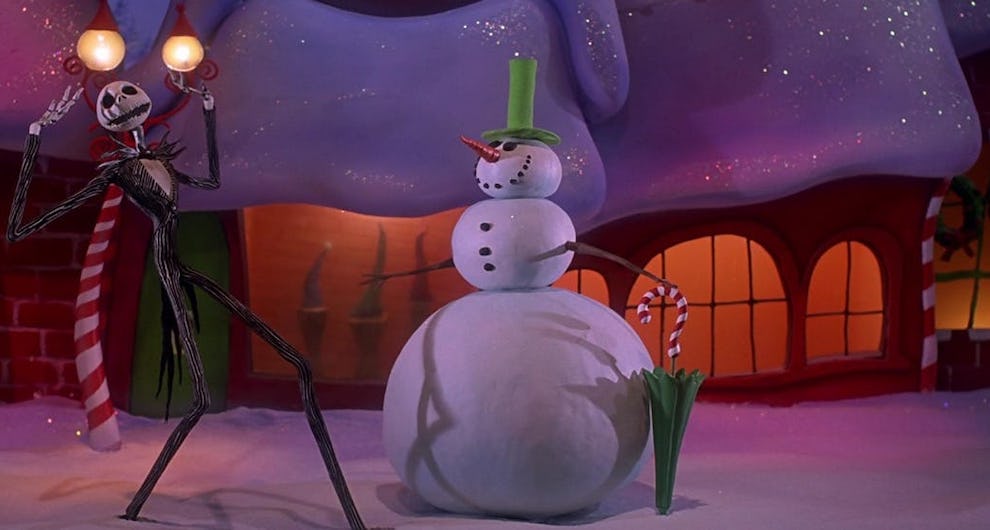 Tim Burton, who was born and raised in Southern California, once revealed the inspiration behind his poem. Burton explained that as a child, the only way for him to identify the transition between seasons would be through the changing of holiday decorations in stores.

Speaking in The Nightmare Before Christmas DVD commentary, the filmmaker reflected on the moment that he became conscious of the collision of seasonal decorations in stores during fall and winter. He claimed that the combination of Halloween and Christmas decorations motivated him to write the tale of Jack Skellington, the patron spirit of Halloween, who explores a new whirling world of bright lights, pretty presents, and festive cheer.

Tim Burton Did Not Direct The Movie 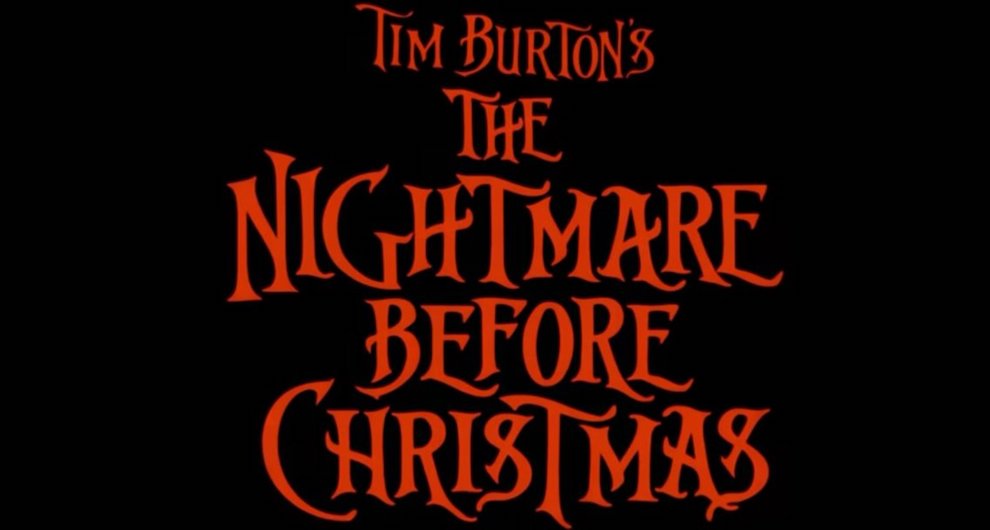 As the producer, Burton created the concept behind the movie and helped to develop the characters and style of the animation. Meanwhile, Selick guided the entire production, focusing on the artistic and visual elements of his feature directorial debut.

In the Making of The Nightmare Before Christmas documentary, Selick described himself as being “from the same planet, if not the same neighborhood” as Burton creativity-wise, which ultimately helped him to realize his vision and bring the stop-motion picture to life. Selick went on to direct James and the Giant Peach, Coraline, and, most recently, Wendell & Wild.

The Set Had Secret Passageways For Animators 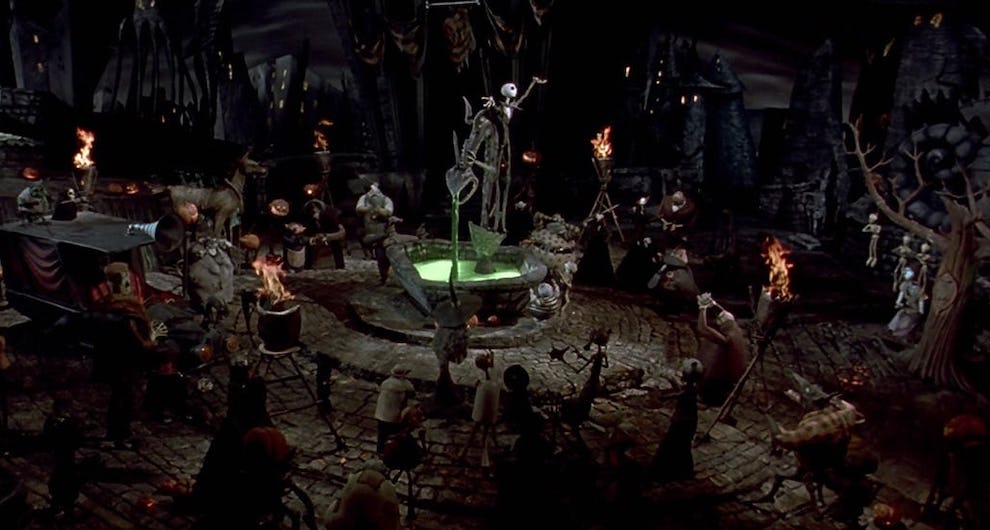 The Nightmare Before Christmas set was comprised of 19 soundstages with over 200 model settings built for the movie. Each setting was assembled with hidden spots to allow animators to easily access several scenes and create a sense of flawless motion between them.

Through the underground tunnels, secret passageways, and trapdoors, the team was able to conceal themselves while reaching above to manipulate their band of peculiar puppets. They utilized these vantage points to not only move the characters, but also change their faces, allowing them to display a wide range of emotion. 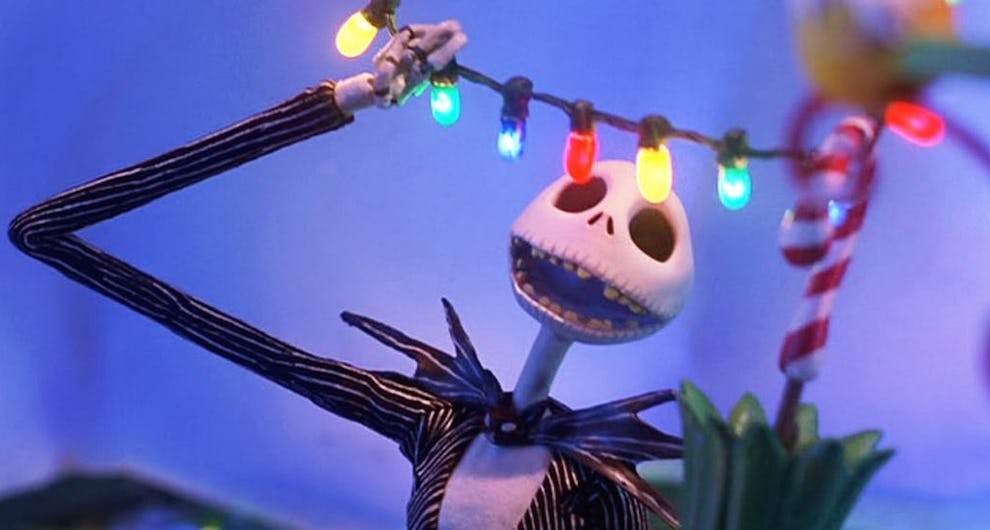 Walt Disney Studios was originally dubious about greenlighting The Nightmare Before Christmas. They believed the dark nature of the movie might not be suitable for their target audience. Eventually, they released the stop-motion picture under their subsidiary label, Touchstone Pictures, but shared studio notes prior to production in an attempt to keep the feature relatively on-brand.

Upon review of Jack Skellington’s character design, the studio heads insisted that the Pumpkin King’s empty sockets were to be filled with a set of friendly eyes. Both Tim Burton and Henry Selick disagreed with this decision and pushed back against the idea of animating their antihero with oculi despite it being a common guideline within animation, often viewed as one of the principal ways for audiences to connect with characters.

According to Mouseplanet, Burton — who ultimately won Disney over with his argument about Jack’s skeletal structure — explained, “The first rule of drawn animation is that you have to have eyes for expression. I thought it would be great to give life to these characters that have no eyes. Disney really fought for us to give Jack these friendly eyes instead of dark holes but we wouldn’t budge.”

In Tim Burton’s initial character sketches, Jack Skellington was wearing an all-black ensemble. However, it was revealed in The Nightmare Before Christmas DVD commentary that Henry Selick gave the character a marvelous makeover. Instead, the Pumpkin King’s original getup was switched out for his iconic slim-fit, pinstriped suit.

During early camera tests, it became apparent that the lack of color meant Jack was blending into the darkened surroundings of Halloween Town. Thus his new stylish look also served a pragmatic purpose: The addition of the contrasting white pinstripes helped Jack to stand out against the black backdrops used throughout the movie. Look out Sally, a new designer is in town! 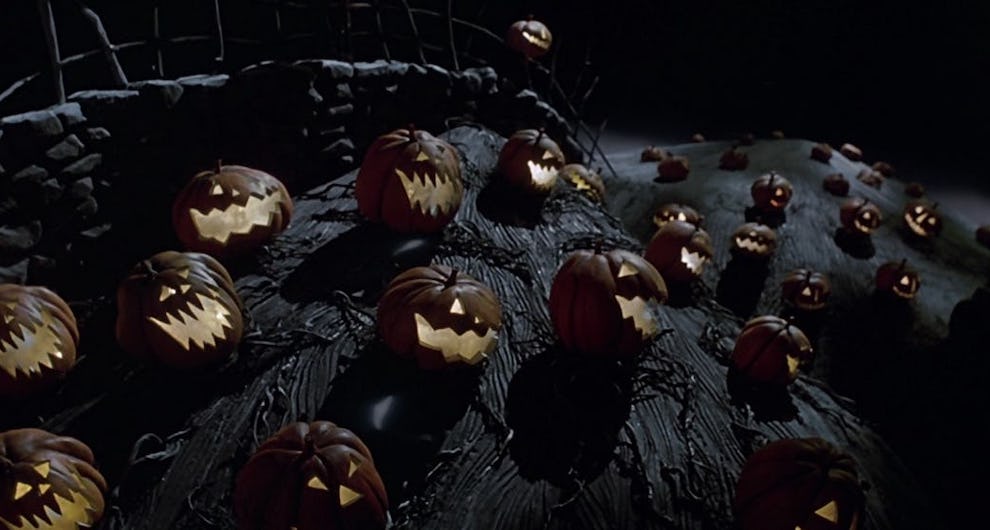 In the Making of The Nightmare Before Christmas documentary, the narrator explained the inspiration behind the look of the pop-up book style scenes. He revealed that the art directors wanted to create a visual that was reminiscent of the pen and ink illustrations of artists like Ronald Searle and Edward Gorey.

The production design team created sets that featured elaborate textures and detailed cross-hatching, similar to those found within these artists’ portfolios. Henry Selick once described part of the process, which involved coating the sets in plaster or clay and then scratching lines into the muddy mixture to produce an etched textural feel, almost like “a living illustration.”

Whether it’s featured in the fall or watched in the winter, Jack Skellington is a man for all (holiday) seasons!

So, what do you think? Is The Nightmare Before Christmas a Halloween staple, or a Christmas classic?  Take our poll below then share your answer over in our Atomic Misfits Facebook Group — and don’t forget to Let Your Geek Sideshow!