Sideshow and Marvel Team Up to Bring You The Art of the Marvel Cinematic Universe! 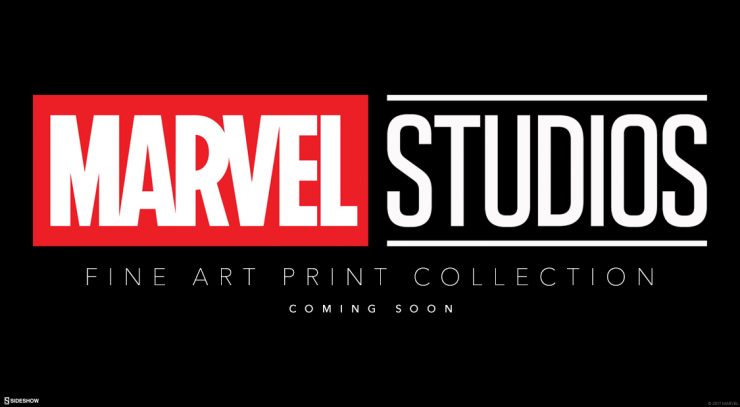 Featuring official concept art and keyframes from the Marvel Cinematic Universe (MCU), this exciting collaboration will give fans an opportunity to collect and display a part of Marvel film history as never before.

From comic-book legends to silver-screen superheroes, Marvel Studios’ groundbreaking Visual Development Team has played an unprecedented role in crafting the look and feel of an entire universe for Marvel’s immensely successful and growing franchise of blockbuster films.

“It’s an incredible honor to have our work brought to life through the Sideshow.  Having our concept art celebrated in such a dramatic format is a rare treat that gives fans a chance to see Vis Dev’s influence on some of their favorite characters and moments.

Sideshow’s reputation for delivering excellent products coupled with the fact that they are all fans themselves makes this collaboration a truly inspiring one. It’s always amazing when a piece of our concept art is released to the world, and even more so now that the fans can own it themselves!” ​

“We get the distinct honor of designing characters already so loved by dedicated readers for decades, and we are able to bring them to the mass audience. With that comes a new set of fans for these iconic heroes (& villains). I’m more than honored to have been on this journey with Marvel Studios and it has certainly been the highlight of my career. I grew up with these characters and the artists and I here at the Visual Development department are helping to bring these characters to the new generations of fans throughout the world. It’s an amazing feeling!

Sideshow is the standard when it comes to celebrating the fandom’s needs with their amazing line of figures and statues. I have been collecting their statues for years now, and to have my artwork presented in their premium art print collection is truly an honor.” 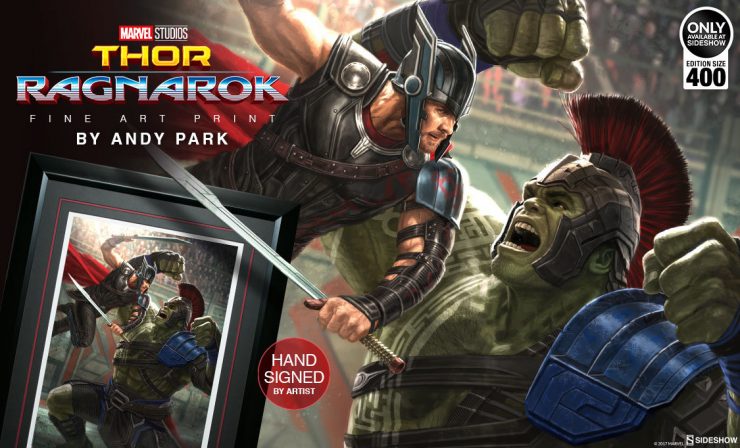 Sideshow’s first release in the collectible MCU Fine Art Print series will be Thor: Ragnarok by Andy Park. Capturing an action-packed scene from Marvel’s highly anticipated film of the same name, the mighty Thor, God of Thunder is pitted against the Incredible Hulk in an intense moment of intergalactic gladiatorial combat.

“Along with designing the vast characters you see in the film, we also painted keyframe illustrations, which are pivotal story moments to help visualize what the film could look like.

One of the most iconic moments is the gladiatorial battle between Thor and Hulk. In classic comic book tradition, two heroes are thrown together in a situation where they have to fight each other. We got a glimpse of these two hot-headed warriors go at it in the first Avengers film, and now we get to see them finish their fight in this classic clash of the titans.

In this illustration, I wanted to capture this iconic battle in a way that shows off each character in the strongest way. It doesn’t spell out who actually has the advantage. It’s the moment right before the clash. This is the battle between the two strongest Avengers. Who will win?”

Measuring 18×24″, each print will be hand signed by the artist, and will have a custom designer frame option available. Limited to an edition of 400, this slice of Marvel Cinematic history is a must-have for fans of Thor!

Stay tuned for more exciting developments from Sideshow and Marvel Studios as a part of this new Fine Art Print Collection!

Witness the Strength of the Mortighull: Soldier of Cruel Purpose Premium Art Print

Destruction Comes to Asgard in the Hela: Goddess of Death Fine Art Print