Sideshow is proud to announce a new addition to our Masters of the Universe series, Orko, developed and produced in partnership with our friends at Tweeterhead! 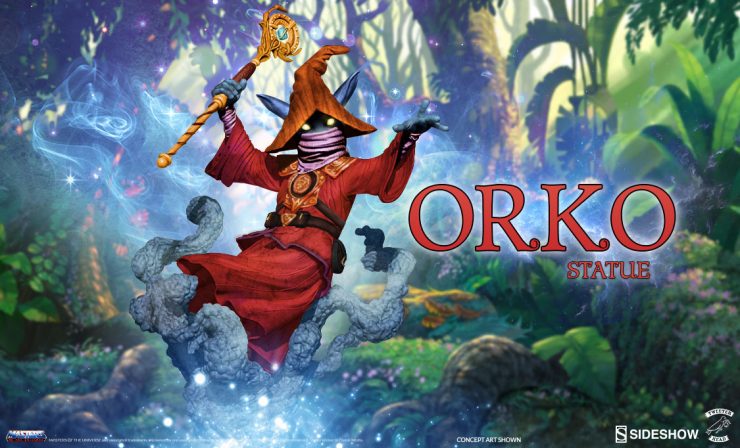 This is exciting news for MOTU fans, as Tweeterhead is joining Sideshow as a creative partner to continue to develop even more of the famous faces from Eternia and Etheria that fans know and love.

We sat down with Chad Colebank from Tweeterhead to talk about a new take on a classic Masters Of The Universe character.

Hi Chad! The latest member of this all-star Masters of the Universe cast is none other than everyone’s favorite Trollan – Orko! Tell us more!

As a child, Orko was always one of my favorite characters, and I was excited to bring him into the alternative MOTU world that Sideshow has created.

We thought it would be interesting to show a serious side to Orko. Although he is a light-hearted character, a magic user in Sideshow’s more fantasy inspired version of the Masters of the Universe could be a serious threat as well. There’s a danger there.

I think we’ve brought him up to date while remaining true to the original, and I’m thrilled with the end result. 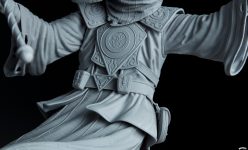 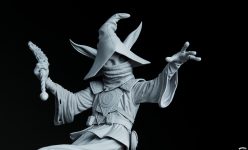 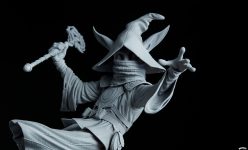 Orko is a popular character among fans. He’s known for his bumbling attempts at magic spells and his comic relief, but he also had some touching and heroic moments over the years. How did you begin capturing the true character of Orko in statue form?

From the beginning, we really wanted to focus the Orko statue in a very specific moment in time – and for me, that moment was a spell actually going correctly!

This is a collaboration between Sideshow and Tweeterhead, and will continue in the same “epic fantasy” inspired version of the MOTU world that Sideshow began with He-Man, Skeletor, Evil Lynn, and She-Ra. Was it a challenge to bring that darker vision to such a lighthearted character?

If anything, we were actually trying to not go too crazy with the design!

The aim was to make him work within Sideshow’s already established aesthetic, and alongside He-Man in particular. I think we accomplished that really well with our base design. 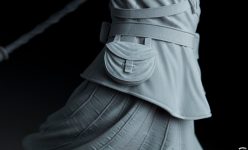 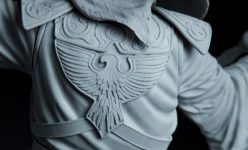 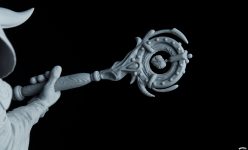 We agree! The base in particular is just stunning. Can you tell us more about this design?

Sure! I LOVE Castle Grayskull and cannot express how amazingly cool Sideshow’s He-Man base is. We really wanted to capture another part of Grayskull’s interior. The thought was that wherever Orko is in the castle, it’s got to be someplace awfully magical because he is working at full power!

My amazing friend and MOTU expert Nathan Baertsch designed both Orko and his base. Matt Black, another friend and AMAZING Sculptor, brought Orko to life in 3D. He did an amazing job, and I hope to keep this team moving onto the next piece!

The love for He-Man in the Sideshow offices is so much fun. Mike Tolentino [Sideshow Project Manager] and I bounced so many ideas around…

What’s your favorite thing about this figure? Any little touches or details that make him stand out for you personally?

I love everything about him, but the small bits of armor he wears are awesome. You also get a little sneak peek at a bit of his face, and it’s really cool!

Plus, I LOVE the detail on the top of the base that Matt Black sculpted. 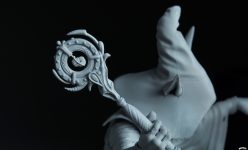 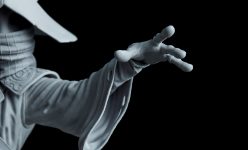 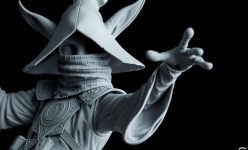 Any hints on the next stage of this MOTU collaboration?

I’m going to be an “Imp” and keep the next release a secret, although the fans who purchased She-Ra should probably make some room next to her!

For all the latest updates about the upcoming Orko Statue from Sideshow and Tweeterhead, be sure to RSVP on his preview page.  Be sure to visit Sideshow at Booth #1912 at NYCC 2017 for your first in-person look at Orko!

Nerdist Rocks us with a 1980's Style Thor Ragnarok Trailer

From the Edge of Spider-Verse Comes the Spider-Gwen Statue!