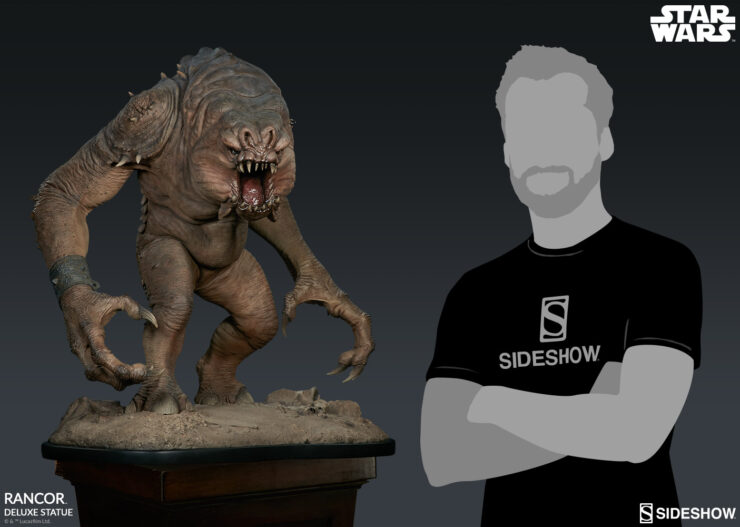 Bringing this iconic movie monster to life was a labor of love for Sideshow’s creative team. 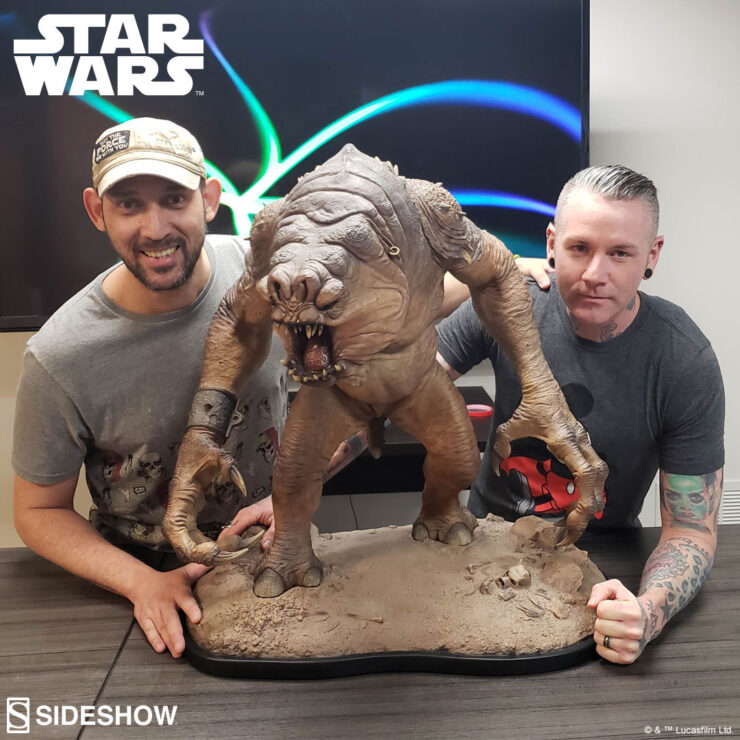 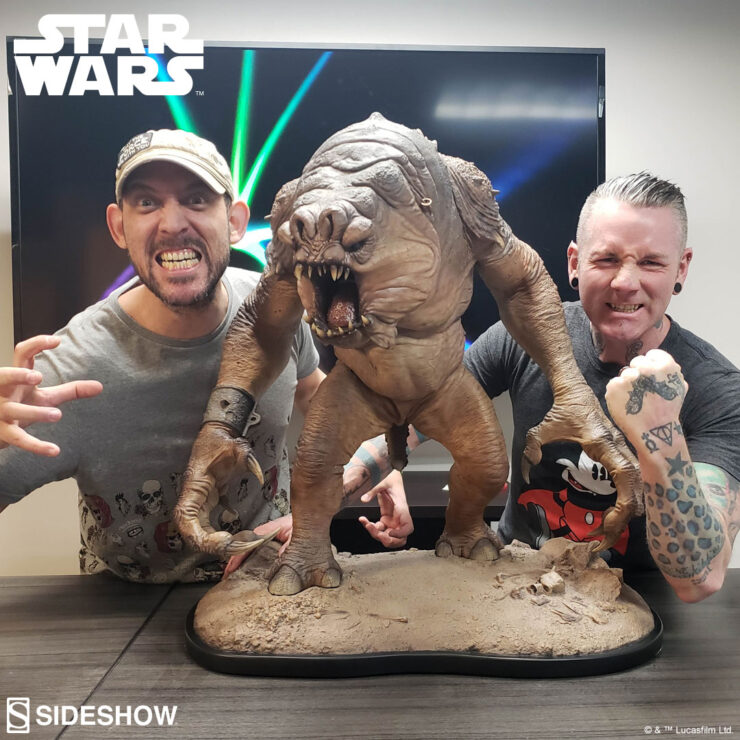 Two lifelong Star Wars fans, Sideshow Sculptor Amilcar Fong and Art Director Matt Black, spoke a little about their love for the Rancor and what the project meant to them…

I have been a traditional sculptor and artist for many years, but the Rancor was my first professional digital statue, so it means a lot to me. 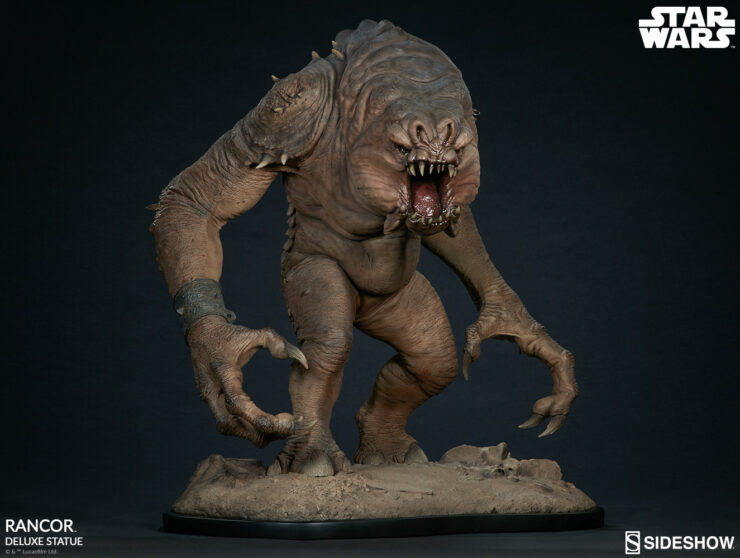 To me, since childhood, Star Wars meant creatures, monsters, and fantasy in space. So, as a creature guy, the Rancor was the perfect transition project from traditional art to digital art. I didn’t just love the creature itself, but also everything in that universe. I am still wondering how the universe put this opportunity in my hands!

At Sideshow every artist is always very busy, so it is common to collaborate on projects, and almost every statue is the result of many artists’ hands. With the Rancor, the early process came from one of the best artists and a veteran in 3D sculpture art at Sideshow; Matt Black. He is also a huge fan of Star Wars and especially of the Rancor. So, even though this was my first digital project, I knew that failing was not an option!

The intention was always to be as faithful as possible to the original, as well as to bring a new sense of natural behavior to it. 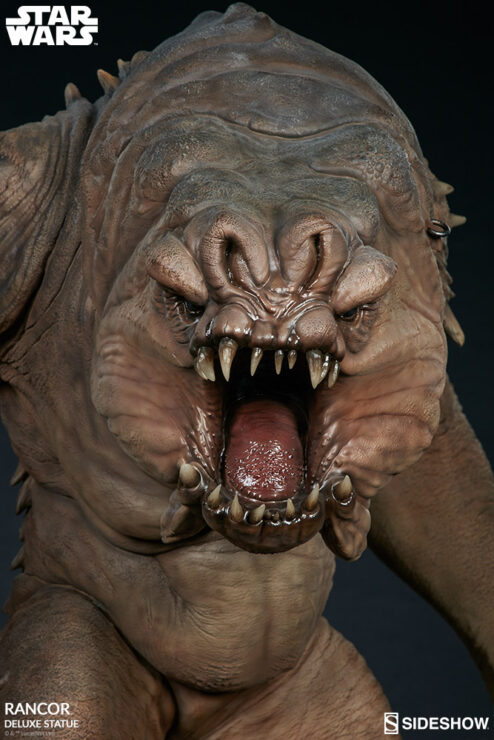 In the case of the Rancor, with a lot of love for the character and with study of reference, I began to put fat under the skin, to add scars over the flesh. To explore different skin behavior on the waist, torso, and legs.

The feet of the statue were very important. In the movie we rarely see his feet, due to the needs of the camera angle. But we had to create a very stable statue, and a believable creature too. So, I took my animal kingdom knowledge, and found that elements from rhinoceros feet fit perfectly. Not only visually or aesthetically, but also as an accurate way to represent feet that would support such a huge beast as the Rancor.

So, the journey was amazingly fun and I had a wonderful chance to introduce myself into the realm of the 3D world.

I was 4 years old when I first encountered this amazing beast, and it forever changed the course of my life.

Return of the Jedi was the first and only Star Wars film I saw in the theater in its original release. I remember sitting in that darkened theater in awe at what I was seeing unfold before me.

I had a handful of battered and well-used Star Wars toys at home to live out my fantasies with, but that amazing monster is what I really wanted! As soon as I found out there was an action figure of the Rancor available, it was all that I wanted. I asked for it non-stop. Every Christmas for many years, but it was not till much later in life that I was able to get my hands on it.

The design was so unlike anything I had seen. It was something that could have only come out of the mind of someone like Phil Tippet! As a child it was so real for me. Seeing the “Making Of” special really did something to me. These were puppets (!) and people made them (!). That’s a job? It’s something people do! Maybe I can do it too! 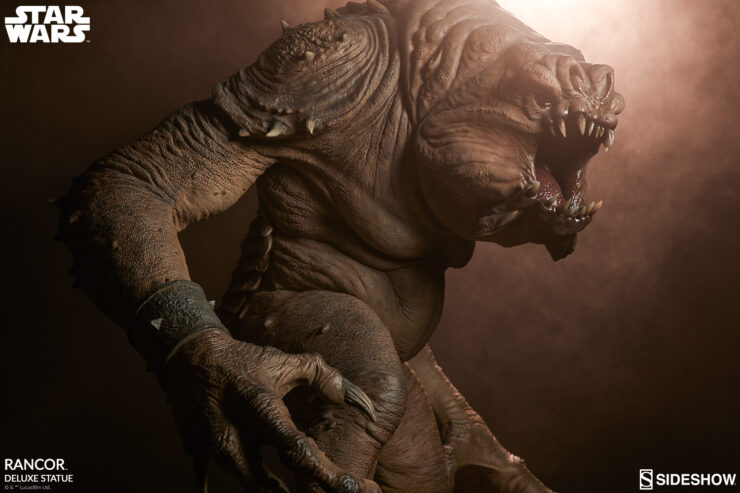 When I was told that Sideshow was planning on making their own Rancor, I knew I HAD to get in on that project. After I got my hands of the concept, I began working on some pose studies, all the while devouring every scrap of reference that I could find. Watching the behind the scenes footage non-stop. This creature had occupied a space in my mind for so long, and now was my chance to get it out. I wanted other fans to feel what I did sitting in that darkened theater filled with childhood wonderment.

After I got Mr. Tippet’s creature fleshed out and posed, it was handed off to Amilcar Fong to work his magic. Much like Star Wars itself, our process takes a team. Some people work the science, while others bring the magic, and there is no better sculptural magician than Mr. Fong!

Once I saw Sideshow’s final creation, I could really feel that child inside me awaken. So many Christmases waiting, but now it was here. The Rancor I had been waiting for since 1983!!

Sideshow’s Rancor™ Deluxe Statue is currently available to pre-order, and is estimated to ship in-stock between Jul-Oct 2020. 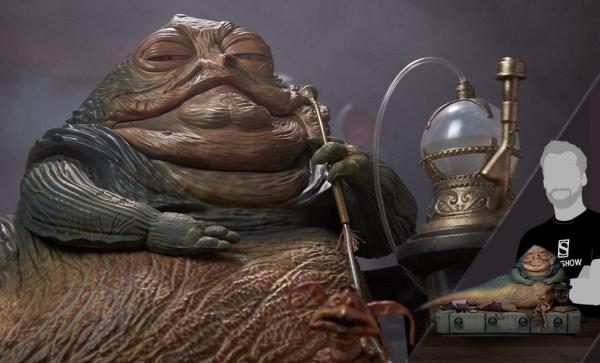 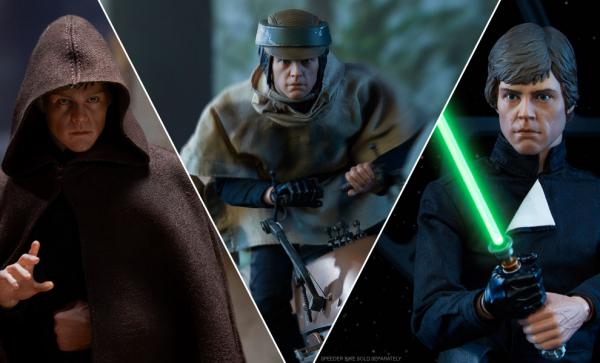 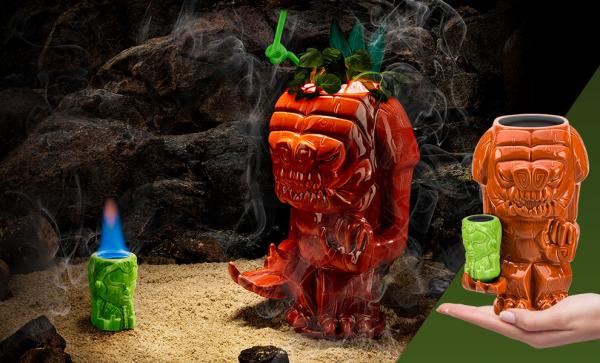