Hot Toys is pleased to officially present the new 1:6 scale collectible figure of the Sith Trooper from the upcoming Star Wars: The Rise of the Skywalker! With a modern and more menacing look befitting its namesake, the Sith Trooper collectible figure Advance Release Edition will be available for purchase at San Diego Comic-Con International 2019! 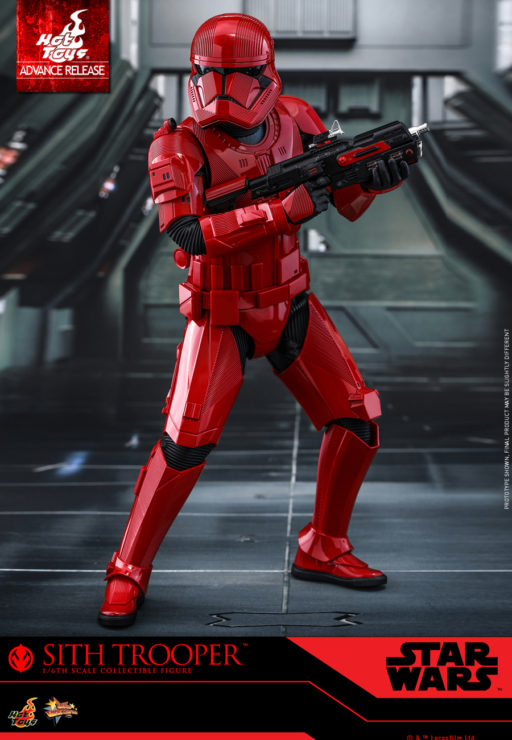 The highly-accurate collectible figure is expertly crafted based on the appearance of Sith Trooper from Star Wars: The Rise of Skywalker featuring brand-new helmet and armor designs, skillfully applied paint applications throughout the armor, newly developed body and under-suit, two styles of blasters, a variety of interchangeable hands, and a character-theme figure stand! 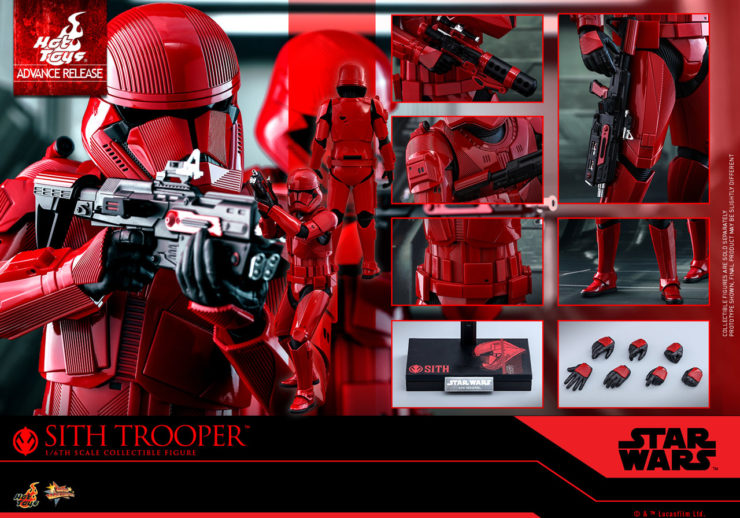 Star Wars fans be sure to visit Hot Toys’ US Official Distributor Sideshow’s booth #1929 at San Diego Comic-Con to be among the first in the world to have this stylish 1:6 scale collectible in your collection!

Get ready for another epic year of Sideshow’s Online Comic-Con 2019! This year’s event will run from July 1st until July 21st, of course culminating in an epic week at San Diego Comic-Con 2019.