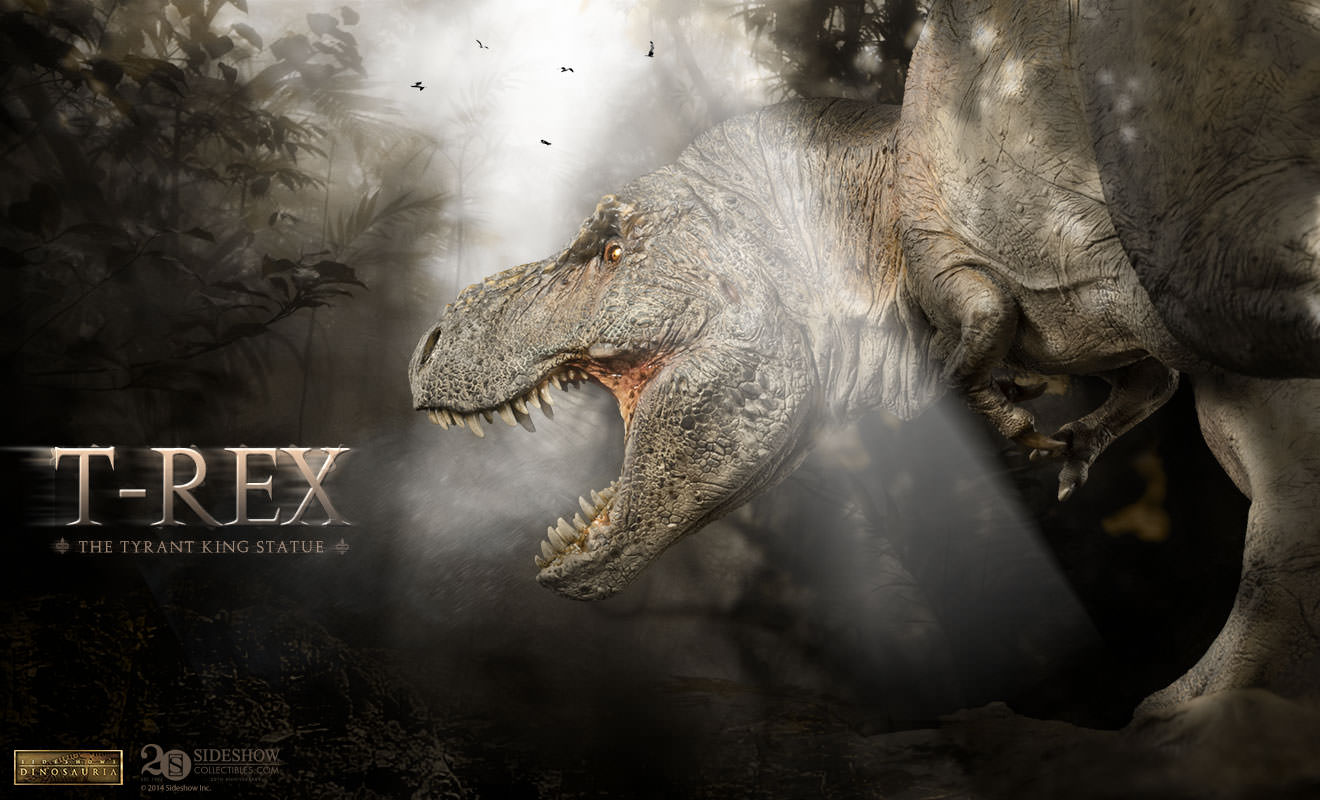 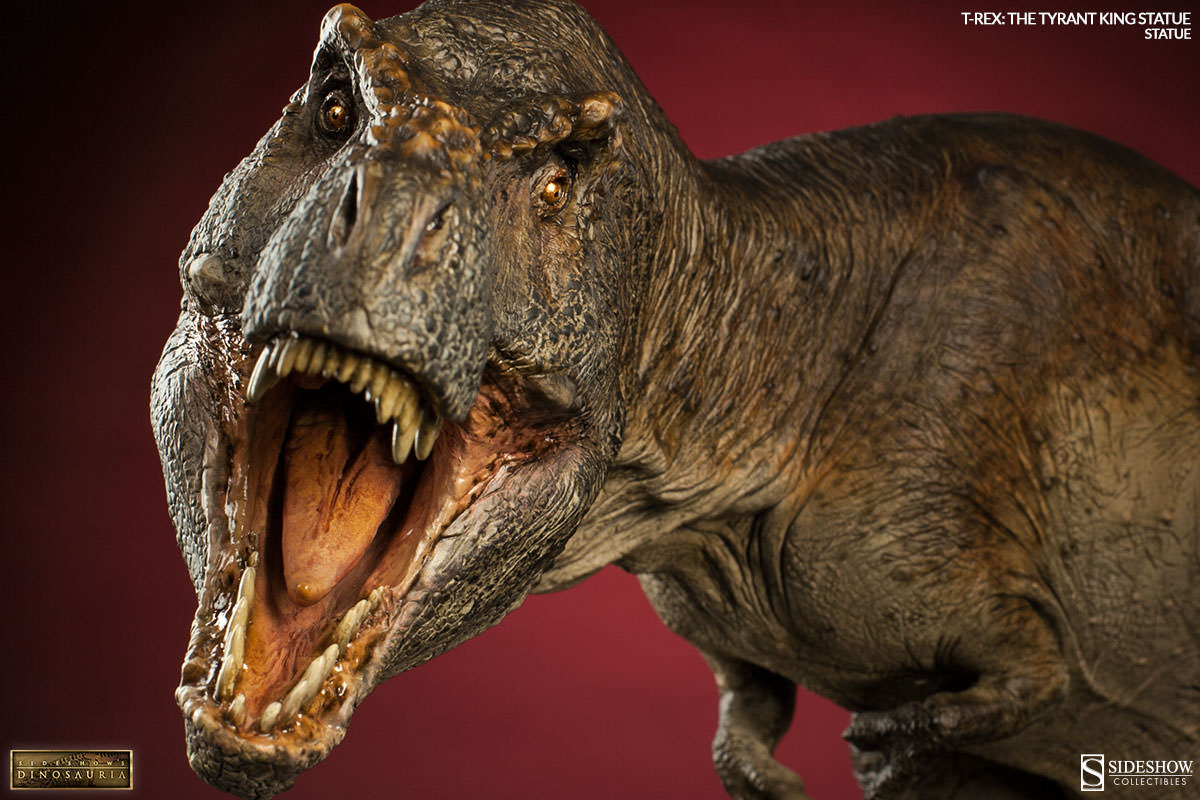 As one of the most universally recognized and popular dinosaur species of all time, the mighty Tyrannosaurus Rex made a show-stopping appearance in the diorama that first launched Sideshow’s Dinosauria collection in 2008. With fans eager to see more, it wasn’t long before we introduced a second interpretation of the T-Rex to the series, depicting the prehistoric predator as a mature hunter out on the prowl, rugged and battle-scarred. Now, Sideshow is proud to bring the king of dinosaurs to life once again with our T-Rex ‘The Tyrant King’ Statue. 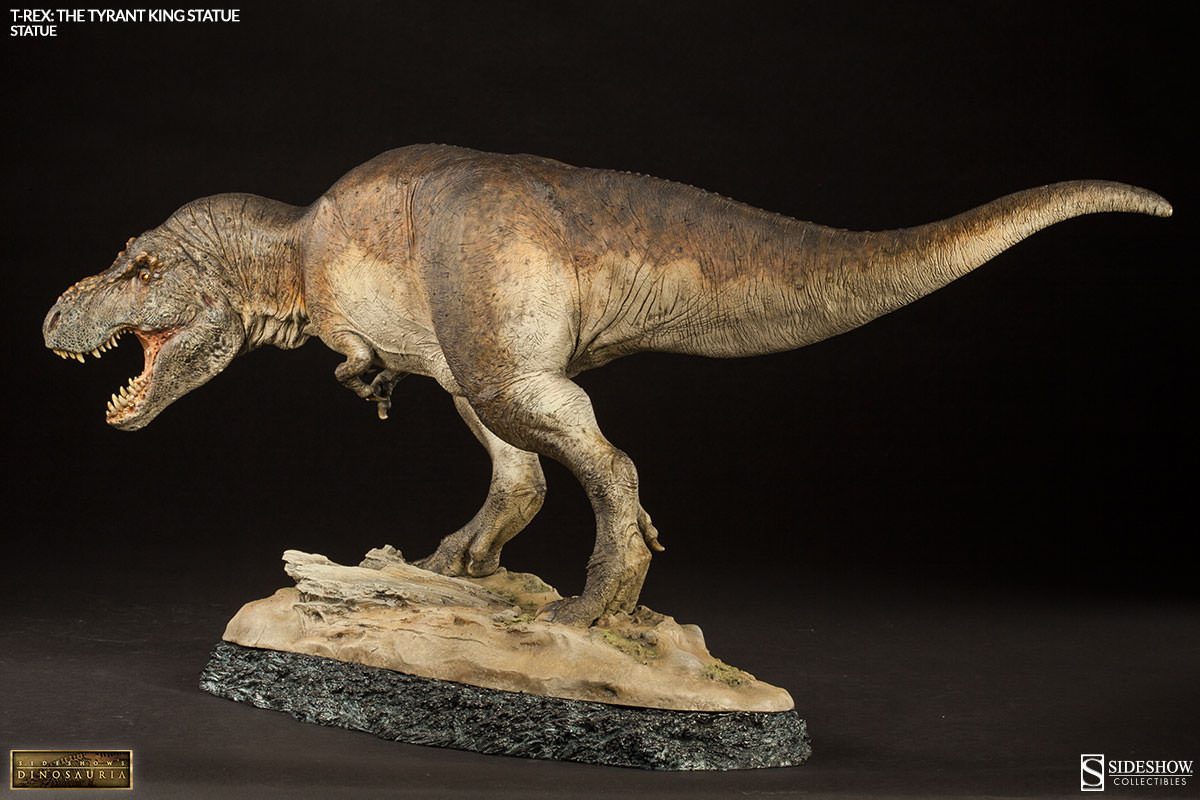 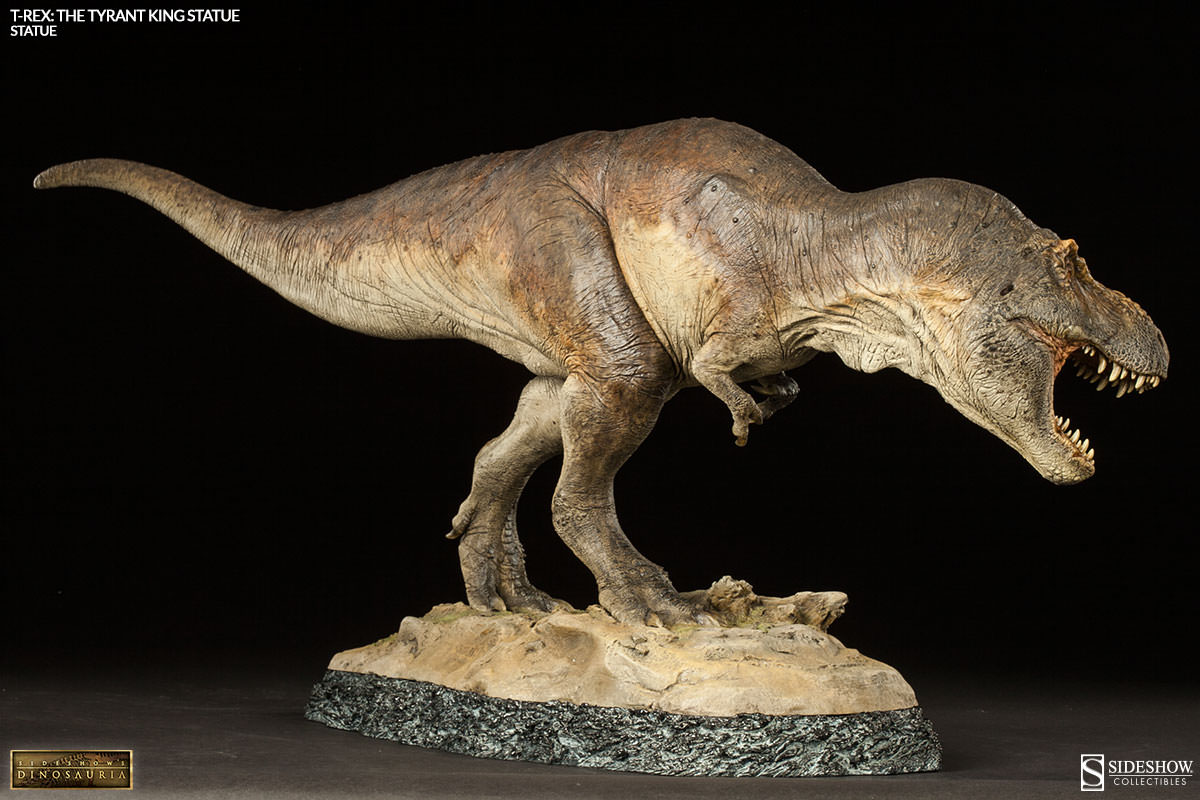 Designed with the insight of renowned paleoartists, the ravenous carnivore lunges forward with a ferocious roar, and with the addition of the Sideshow Exclusive, can be displayed triumphantly over the remains of his most recent prey (below). 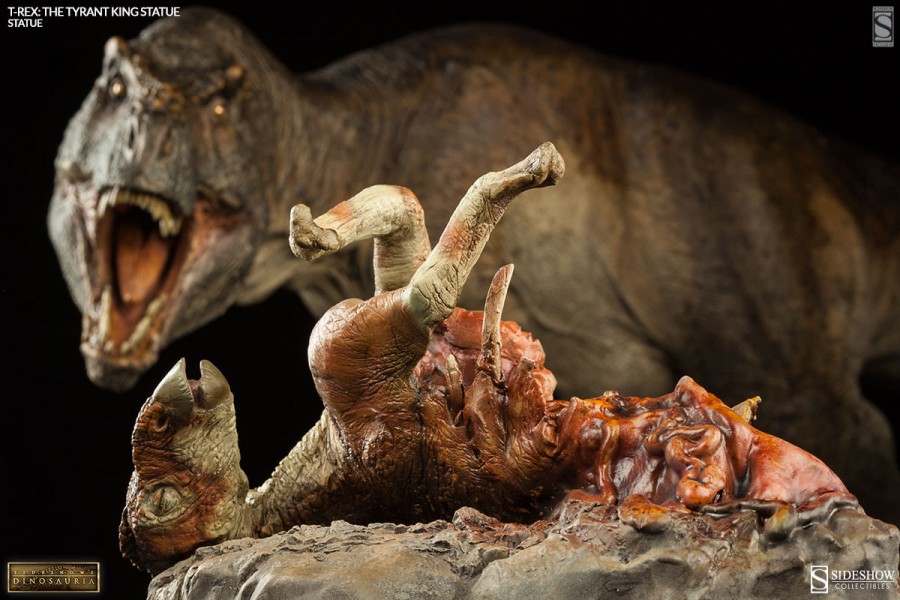 Expertly crafted and cast in high-quality polystone on a themed base, this impressive museum quality piece is guaranteed to capture the imagination of dinosaur enthusiasts.

This piece will be priced at $389.99, with optional payment plans available.
Pre-orders begin this Thursday, June 19th.

Out of the darkness...comes the Knight!