I started collecting action figures, (DC, MARVEL, STAR WARS, and WWF/WWE FIGURES in 1986) However, I started HOT TOYS/SIDESHOW in 2010! Have not stopped, and my addiction grows with every passing day.

I have a collection of roughly, 85-100 sixth scale Hot Toys, I am branching into 1/4 and Premium Format figures a little now, but I still have many sixth scale to get, I am a huge Superman, Batman, DC Comics and Marvel (Avengers, Iron Man, Captain America collector) I also am a huge Star Wars collector, love the Empire & Sith… even though I have some love for Luke and Han Solo… 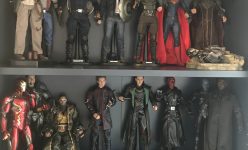 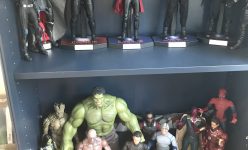 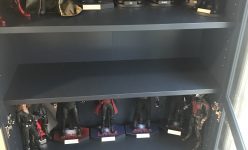 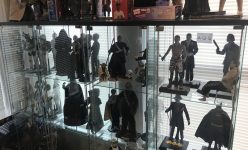 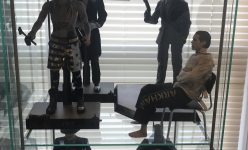 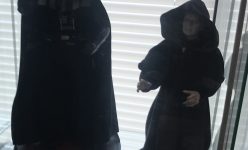 The crossover of Star Wars, mashed with Batman and D.C. Mixed with Marvel. I have been trying to get my hands on every Joker, as he is by far my favorite villain. I am hunting for a DX01/DX11 those are the two I need to complete my Joker stash…. just picked up my Suicide Squad figures and I have my JOKER 1/4 Ledger in order, I cannot wait!!!!

Definitely my Dark Knight bank robber Joker or Dx09 Nicholson Joker love those two, just picked up my Suicide Squad Deadshot. I also am partial to my Darth Vader Star Wars exclusive sixth scale from A New Hope!! I also have a Grand Moff Tarkin on pre-order, it keeps getting better and better!

Joker DX01, Joker Dx11, Batman, Dark Knight Rises Bane, and the original black tumbler I have the camo one…