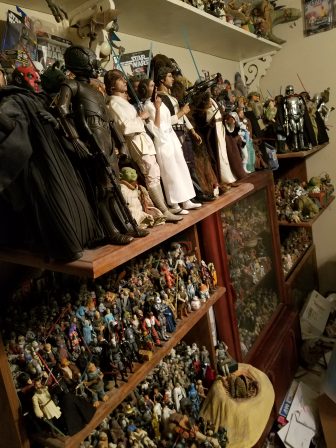 I started collecting in 1977. I remember the first Star Wars figures when they came out and I was hooked. Since then I’ve massed an enormous collection. I have every vintage figure made including Vlix, plastic caped Jawa, Blue Snaggletooth, and Yak Face. I started again in 94. Bought all the Bendems, which are in storage now. Then in 95 I was thrilled when the new Kenner figures came out and began collecting them. Both the 12 inch and 3 3/4″ sets. Then in 2005 when Sideshow got the 12 inch license I got on board and got Jedi Luke and have bought most every release since. Then when Hot Toys began making the 12″ I started buying theirs as well. My first Hot Toys piece was Marty McFly from Back to the Future and he was amazing. I also have the whole set of the Star Ace Harry Potter figures.

Mostly Star Wars I have all the 3 3/4″ figures ever made all the old Hasbro and Kenner 12″ ever made almost every Sideshow piece ever made except the clones and the cantina band sadly. Also I have all the Star Ace Harry Potter set and I have Marty and I’m one payment away from having Doc Brown. 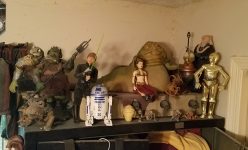 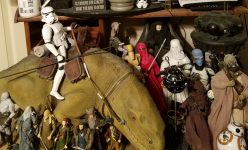 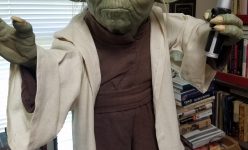 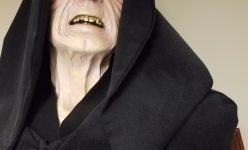 The size and completeness. And I have several un-produced and extremely rare figures. Also my vast autograph collection. I have the 8×10 autographs of every actor and actress and voice talent that has ever appeared in a Star Wars film. Also have many animation cells used in production in the Droid and Ewoks animated cartoons.

The autographs first, then Click and the unproductive Droid figures. From Sideshow, Jabba and his throne set will always hold a special place in my heart. And my Emperor life size bust. From Hot Toys it’s a tie between my Han and Chewbacca set or the Rey and BB8 set. From Star Ace it’s definitely Hagrid and Fang. 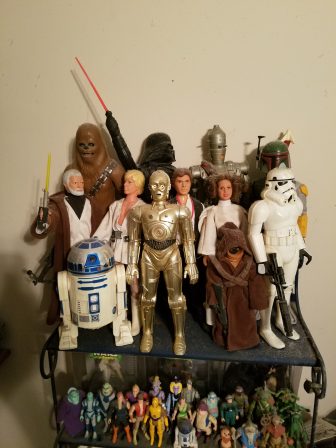 I’d give a kidney to own the life size Han in Carbonite yall are making. Sadly I can’t afford it. Since I started collecting with yall I had to take care of and then lost both my parents. Both to heart disease. Also I got a genetic bone disease. My right leg has been broken 52 times thus far and I’ve got rods, plates, screws and an artificial knee on that leg. The left one also lost two metatarsals and a couple of toes. I’m now disabled and live alone so it’s pretty hard to finance and manage the payments, but I still love your products and buy as often as I can.