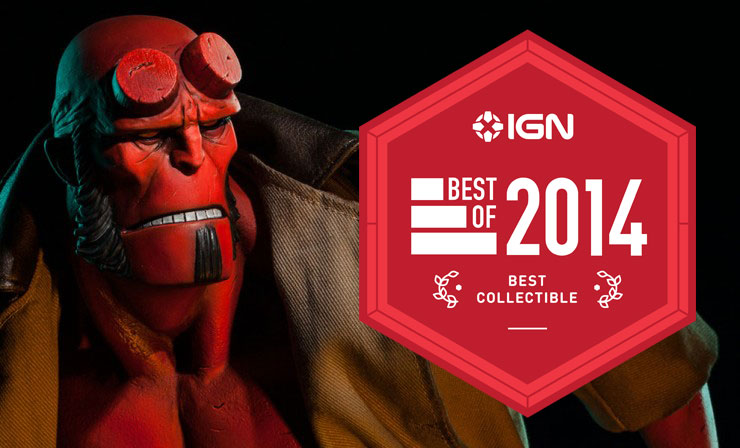 We are extremely proud and excited to announce that Sideshow’s Hellboy Premium Format™ Figure has won IGN’s Best Collectible Award of 2014!

IGN wrote, “For their third Hellboy statue, Sideshow focused on the comic book source material rather than the live-action films. The results were simply stunning, with a lovingly crafted design that evokes Mike Mignola’s distinctive art style.”

We want to give a big thanks to all of our fans for all of your continued support and recognition!

Check out the winners in all categories of IGN’s Comic Awards here.