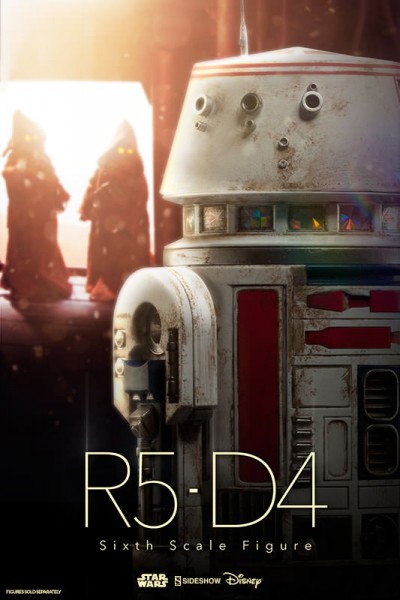 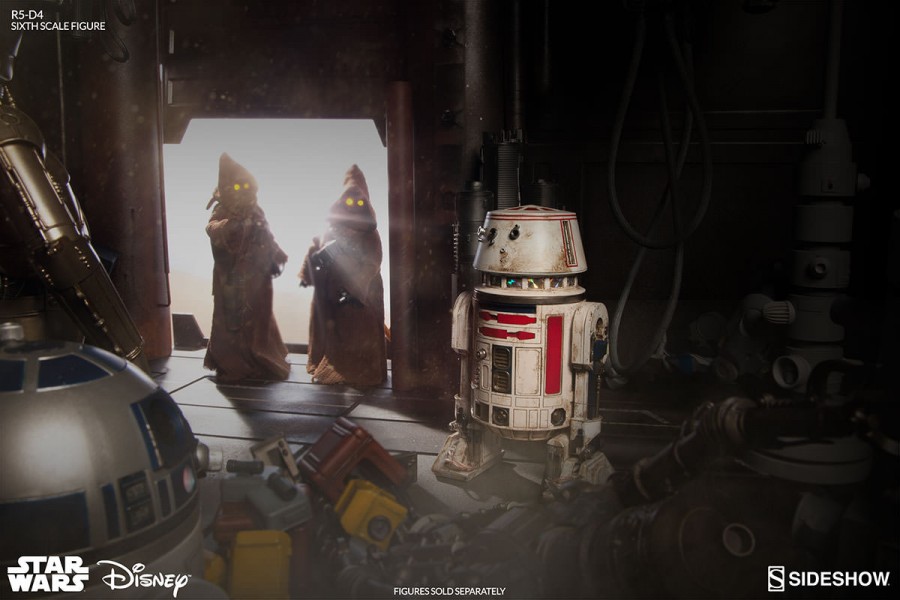 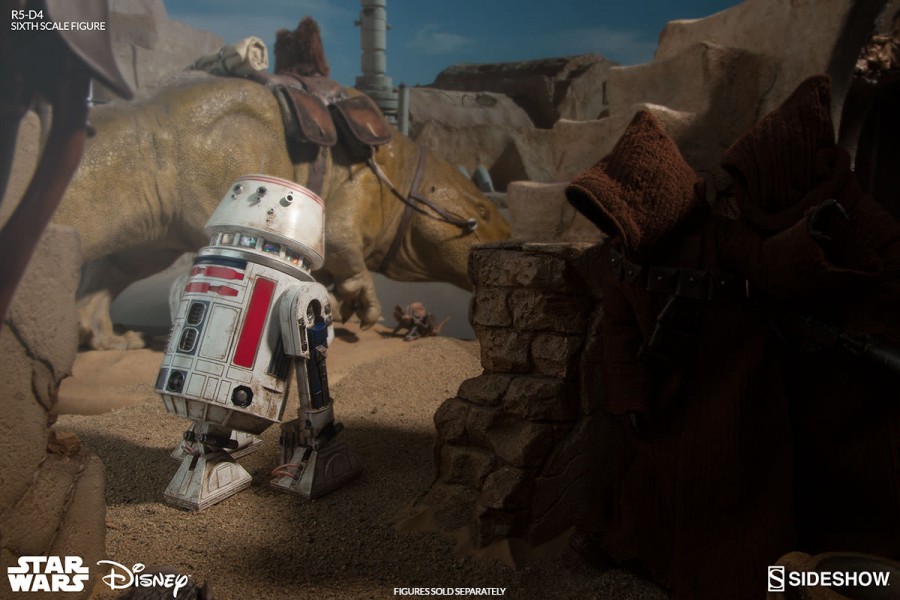 He may be worn and faulty, but who could resist this loveable little astro droid? Slightly larger than his more famous successor R2-D2, Sideshow’s R5-D4 Sixth Scale Figure measures roughly 8.6 inches tall from antenna to treads. 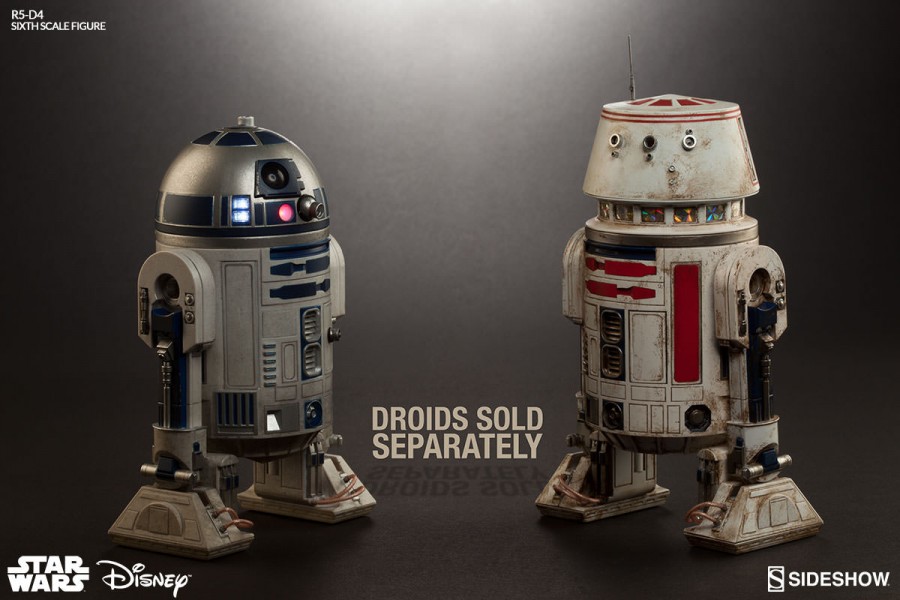 Appearing just as Uncle Owen purchased him from the Jawas on Tatooine, every detail of the R5 unit is faithfully replicated, from his desert-worn deco to advanced articulation. Nicknamed for his bright crimson accents, Red’s distinctive trapezoid-shaped head features authentic holographic details, and can swivel nearly 360 degrees. 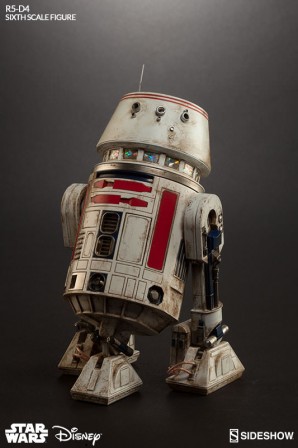 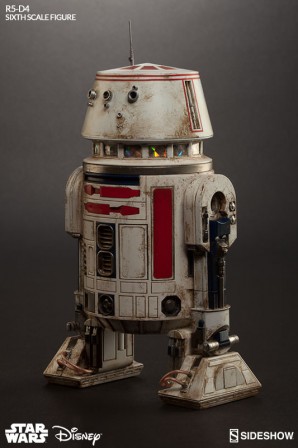 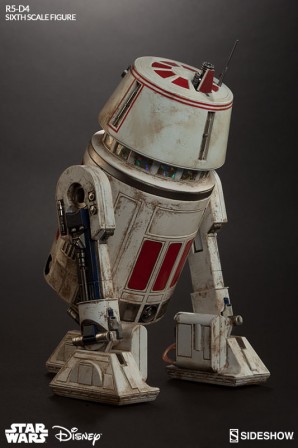 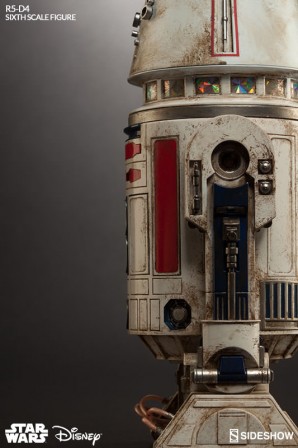 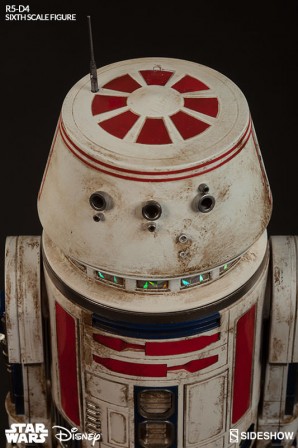 A magnetic restraining bolt grants access to a variety of compartments and hinged panels. Notoriously plagued with malfunctions, he also suffers a pop-up “bad motivator,” a feature Star Wars Collectible fans are sure to enjoy. 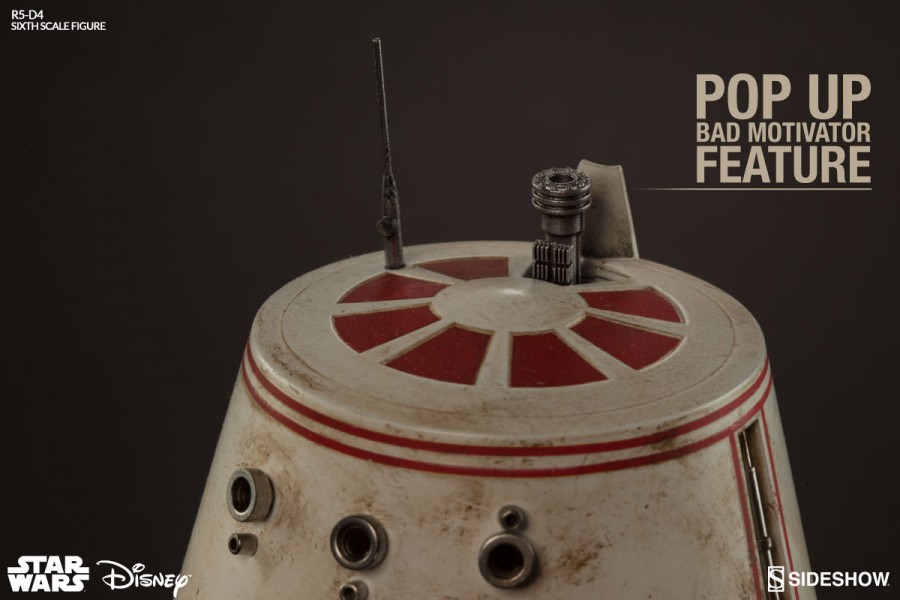 Destined to play a key role in a moment that sets the events of the original Star Wars trilogy in motion, R5-D4 is a must-have addition for any Star Wars collection!