Sideshow’s March Madness Round 2: Cast the Bat! Who Should Be the Next Batman?

Admit it, who wouldn’t want to be the growling, scowling voice behind the cowl?  Batman is one of the most iconic characters in all of pop culture, but only a brave and bold few have actually stepped up to take on the mantle in movies, television, and more.

This year for March Madness, Sideshow wants to know- in the DC movie universe, who would you cast as the next Batman?

The race is tightening up!  Based on your fan votes in Round 1, we’ve narrowed down the brackets into our next 8 matchups of actors in the running to be chosen your next Caped Crusader. We still need your help to crown our champion!

Our official March Madness brackets will take place on Sideshow’s Facebook page. Click through the image below to Let Your Geek Sideshow and cast your Round 2 votes on who should take up the cape and cowl next!

Round Two of voting will last from March 26th to March 31st.  Then, come back and help us narrow down the winners in the next few rounds until we have our ultimate pick for who should step up to become Batman.

You can take a look at our Round Two matches below, but remember, your votes only count on Sideshow’s official Facebook page! 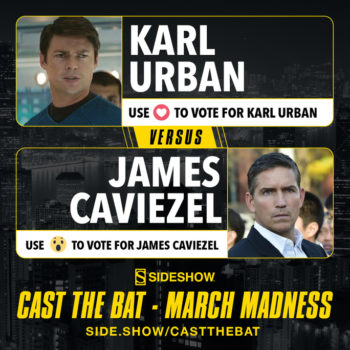 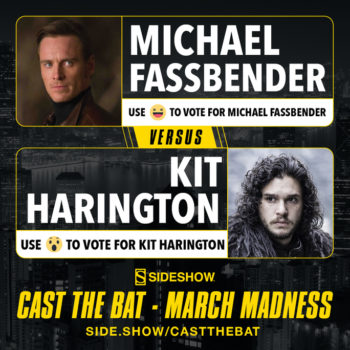 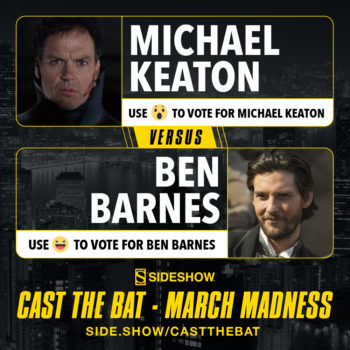 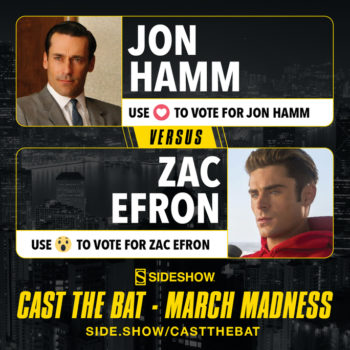 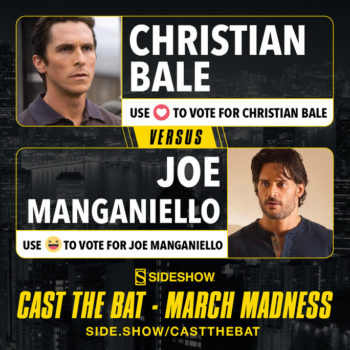 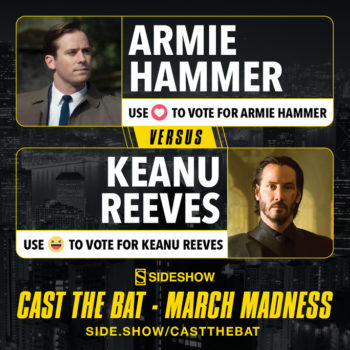 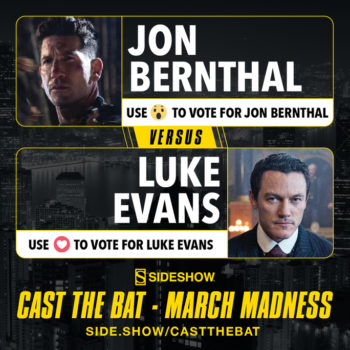 Share our Cast the Bat March Madness with your friends and then be sure to check back for which of these actors make it through to Round Three!

Remember, only one can Dark Knight can rise to victory!

In the meantime after you cast your votes, be sure to check out our full lineup of DC Comics collectibles to cast your perfect Batman collection.