Sideshow’s Week in Geek: Challenger Shows off His 501st Vest

Here at Sideshow, we always strive to foster an environment where you can Let Your Geek Sideshow.  All of the staff members proudly celebrate their geek loves both in and out of the office- from costuming to gaming to collecting, and more!

Sideshow’s Week in Geek spotlights some of the cool and exciting ways we share our style as fans on and off the clock.

This week, Sideshow staff member and resident 501st Legion trooper Challenger showed off a cool new battle vest featuring patches and pins representing his involvement in the costuming organization and his loyalty to the Galactic Empire.  We asked him to tell us a little bit more about the vest, his Star Wars fandom, and what trooper costume he’s putting together next…

How long have you been a member in the 501st Legion?

I originally joined the Legion in September 2007. I was inactive for several years while focusing on school and work, and then decided to get re-approved with the Legion back in 2015. I currently have 5 approved costumes. 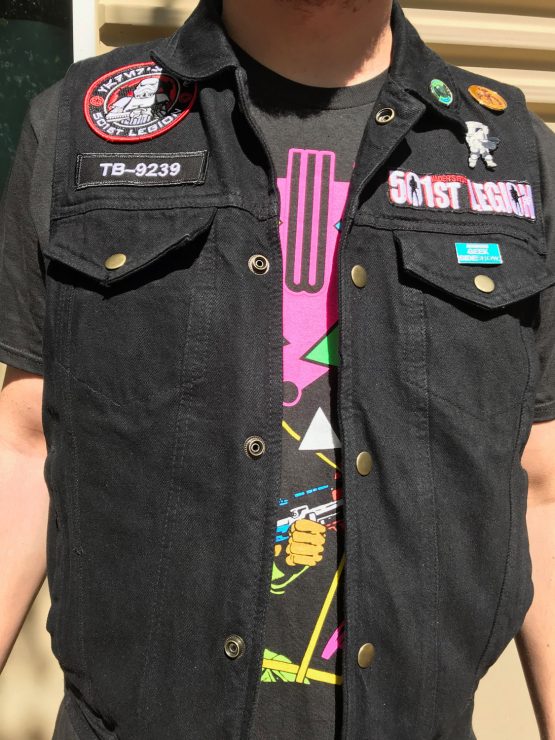 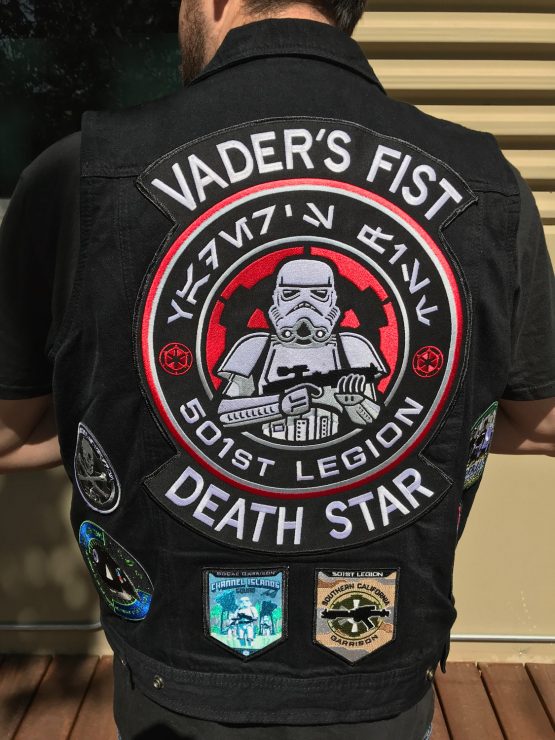 What do the vest patches represent?

The back of the vest also includes four detachment logos. Each detachment represents the type of approved costumes a member has. The skull and crossbones with the Aurebesh writing represents “Jolly Roger Squadron”, which consists of Tie Pilot Costumes. There is the Imperial Gunnery Corps Patch which represents Imperial Gunners and Imperial Ground Crew Costumes. 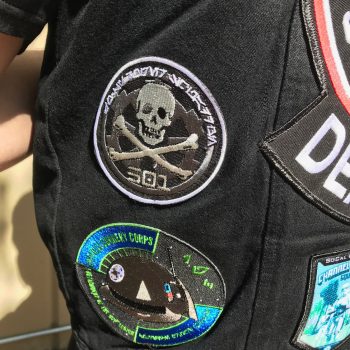 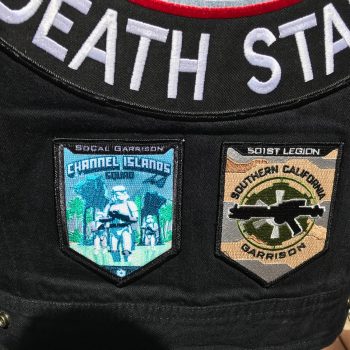 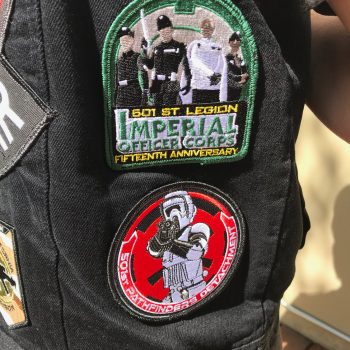 The Pathfinder Detachment patch represents Biker Scout, Shoretroopers, and Kashyyyk Trooper Costumes. The forth patch represents the Imperial Officer Corps and its 15th Anniversary with the 501st legion.

How do you Let Your Geek Sideshow through your Star Wars fandom?

The best part about being a Star Wars Fan and being in the 501st Legion is that I get to wear approved screen-accurate costumes that we all know and love from the Star Wars Universe while attending special events, charities, and conventions. It is very satisfying to express my fandom through costuming and to be able to put smiles on kids and adults who share the same passion.

What is your favorite type of trooper?

That is a tough question. There are so many unique uniforms and troopers within the Star Wars Universe it is hard to pick a favorite, but I have always been a fan of Return of the Jedi, which is why I enjoying being a Biker Scout.

Any other fun facts?

In the 501st Legion, helmets are called buckets.  My next costume will be a 181st Tie Pilot. I have already ordered my bucket and I am currently shopping around for additional parts for the costume.

The sister organization to the 501st is the Rebel Legion, consisting of costumes like Rebel troopers and Jedi. Approved Clone Troopers can even be accepted in both the Rebel Legion and 501st Legion!

Big thanks to Challenger for showing off his 501st style, and sharing some insights with us about all of the awesome patches.  And that’s Sideshow’s Week in Geek!

How have you Let Your Geek Sideshow this week?  Let us know in the comments! 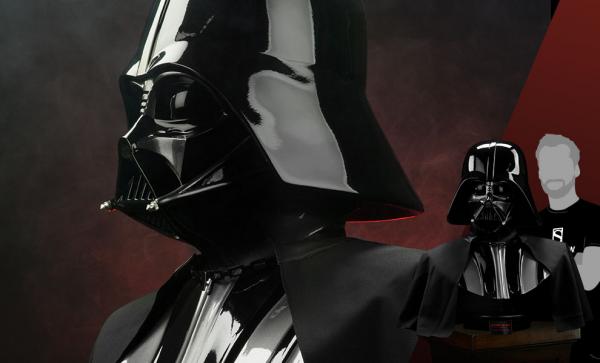 A History of the Green Arrow