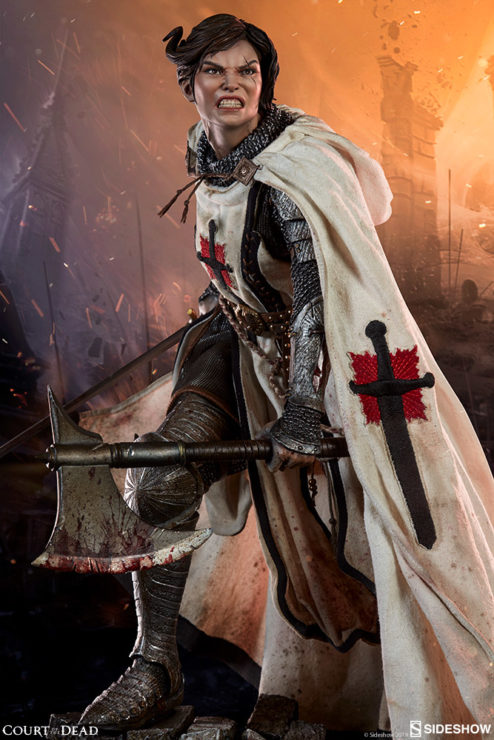 “Does virtue come from the end of a sword? And must the sword be mine?”
– Shard, General of the Knights of the Black Sword

Sideshow presents the Shard: Faith Bearer’s Fury Premium Format™ Figure. Shard is a character from Sideshow’s original dark fantasy horror property, Court of the Dead. You might recognize her from our Shard: Mortal Trespasser Premium Format Figure, but this piece showcases Shard in the heat of battle in the Mortal Realm. 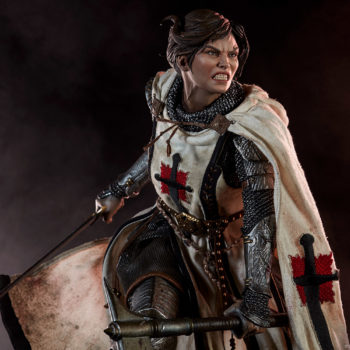 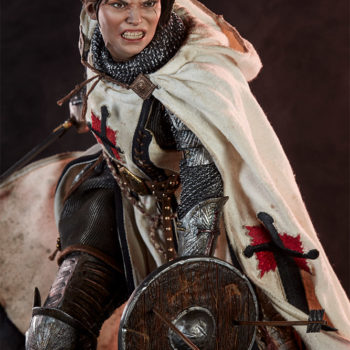 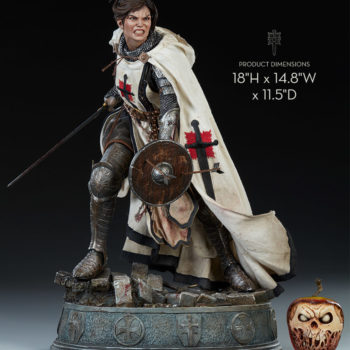 Shard is an esteemed general and religious zealot. She’s led forces great in power and number, intent on spreading the word and law of the Knights of the Black Sword. Shard’s order is prone to violence and known for their extremism. Countless have fallen under her sword in the constant war and turmoil of the Mortal Realm. While Shard has been a faithful servant of the order her entire life, a defiant question burdens her very soul: a doubt. 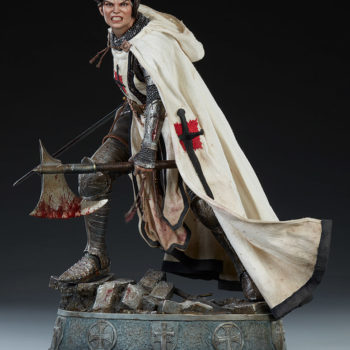 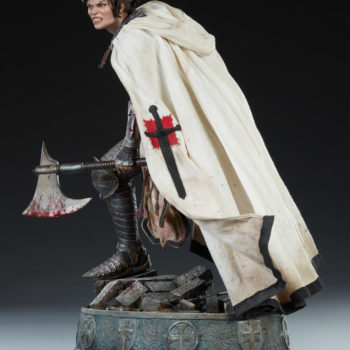 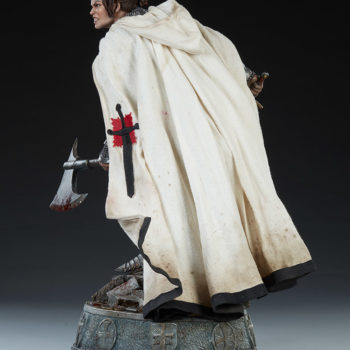 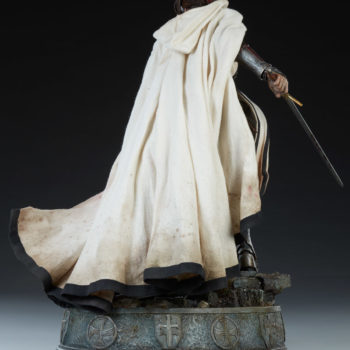 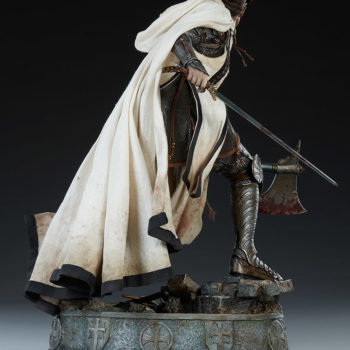 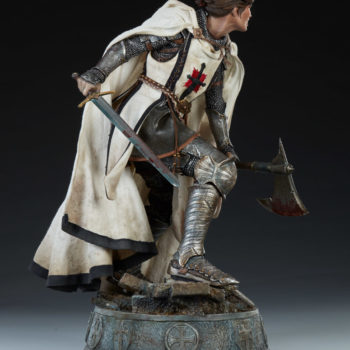 The Shard: Faith Bearer’s Fury Premium Format™ Figure captures Shard in the seething, bloody middle of a holy war. She’s trudging through a battleground, over broken blades and gory debris. The blood of her enemies is splattered across the terrain, her boots, her cloak, and especially her weapons.

In her right hand, she holds a sword unlike any other: The Faith Bearer. This sword has an ancient and mysterious history that even predates the Knights of the Black Sword. Even in the Mortal Realm, this sword radiates a palpable energy – and especially in Shard’s hands. In her left hand, she holds a bloodied battle-axe, lifted from the skull of a defeated opponent. The battle-axe can also be switched out with a buckler shield peppered with arrows. 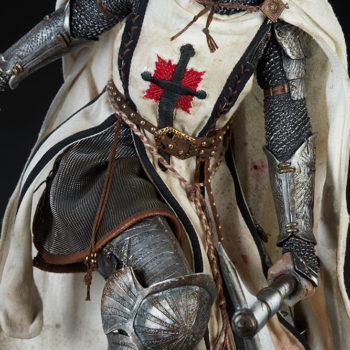 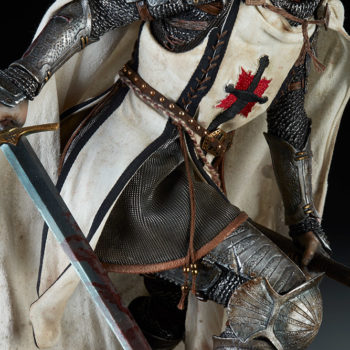 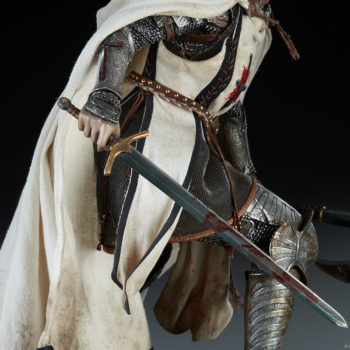 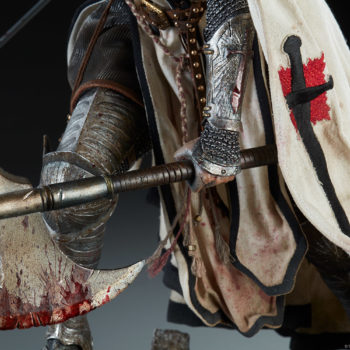 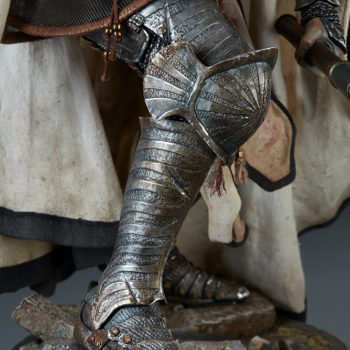 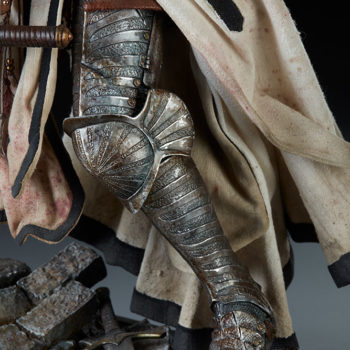 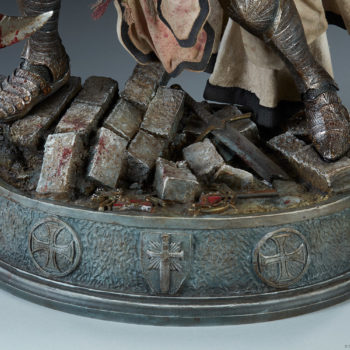 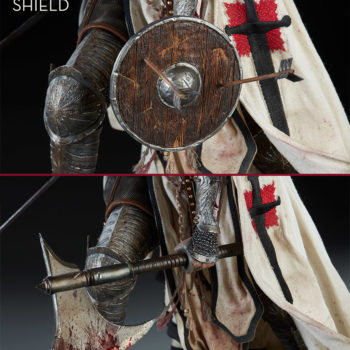 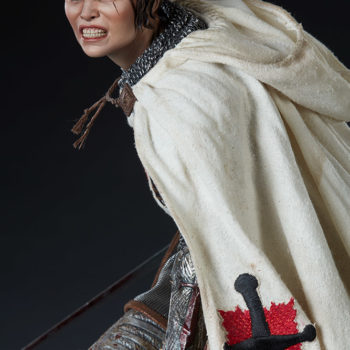 The wear and tear of war shows clearly on Shard’s face. This livid and highly-detailed portrait is a gripping snapshot of rage, as Shard bares her teeth and locks her gaze across the battlefield. She has a deep scar across her left eye from one of her countless wars. Her robes and cloak, weathered from battle, bear the symbol of the Knights of the Black Sword order. She wears decadent chain mail and ornate armor, branded with the symbol of her order. She is posed as if to prepare for another strike, as her sculpted hair picks up in the wind. 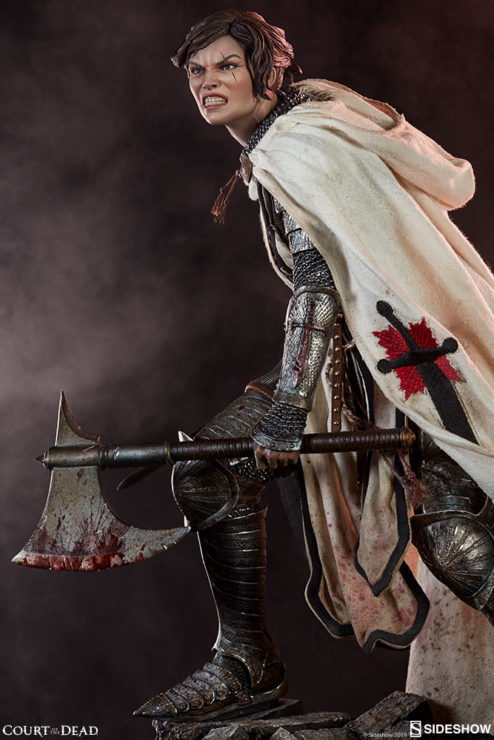 Have faith that the Shard: Faith Bearer’s Fury Premium Format™ Figure will make a worthy addition to your Court of the Dead collection! 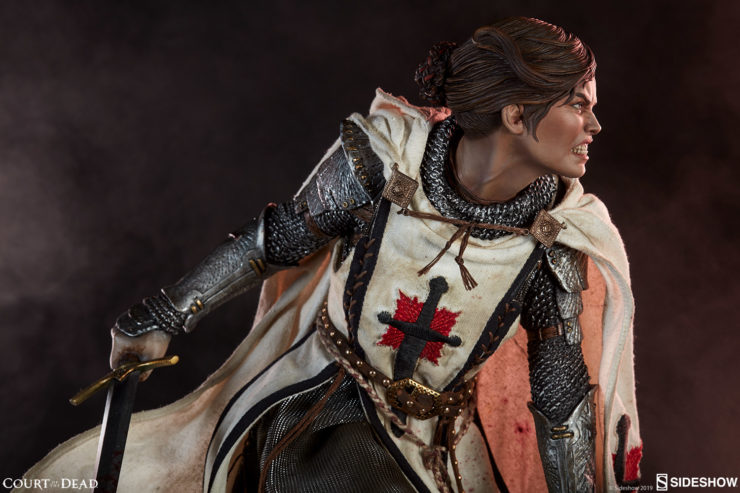 Pre-orders for the Shard: Faith Bearer’s Fury Premium Format™ Figure will begin on Thursday, September 19th between 12pm (noon) – 3pm PDT, and the figure will be priced at $450.00 USD.

New Photos of The Terminator, Battlestar Galactica Series in the Works, and more!