StarWars.com caught up with Sideshow Project Manager Matt Bischof for some exclusive insights into the making of our R2-D2 Sixth Scale Figure.

The first goal is to make a film-accurate collectible; Artoo’s wonderful toys come later. “We started off with a base model design which needed quite a bit of work to get closer to film accuracy,” says Bischof. “Artoo doesn’t change much through the original trilogy, so we wanted to create an Artoo figure whose features encompassed scenes from A New Hope, The Empire Strikes Back, and Return of the Jedi. After getting the outer shell up to speed, we proceeded to add in the features we wanted it to have: the extendable instruments in the head, the panels opening, the tools, bar arm, and tray.” 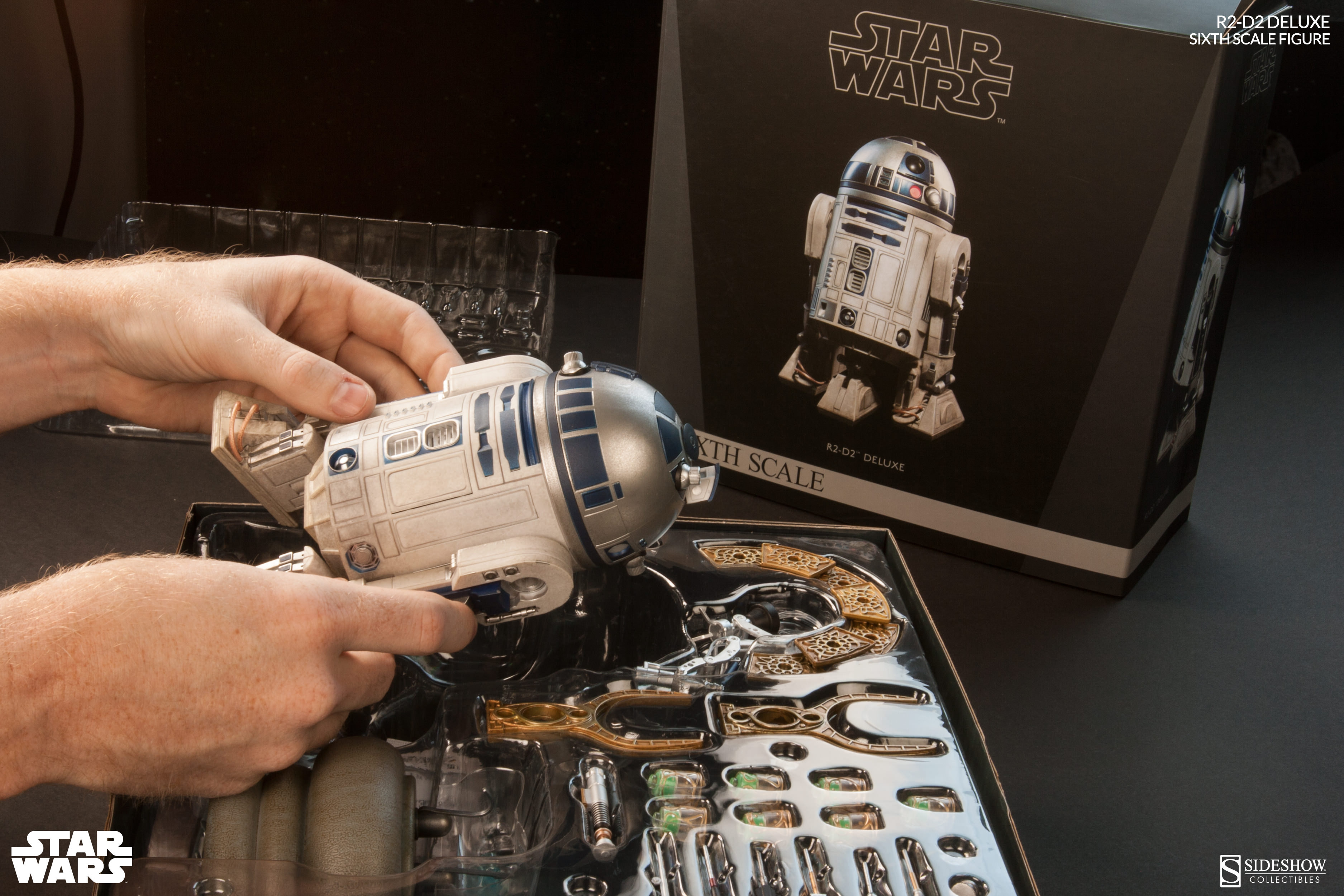 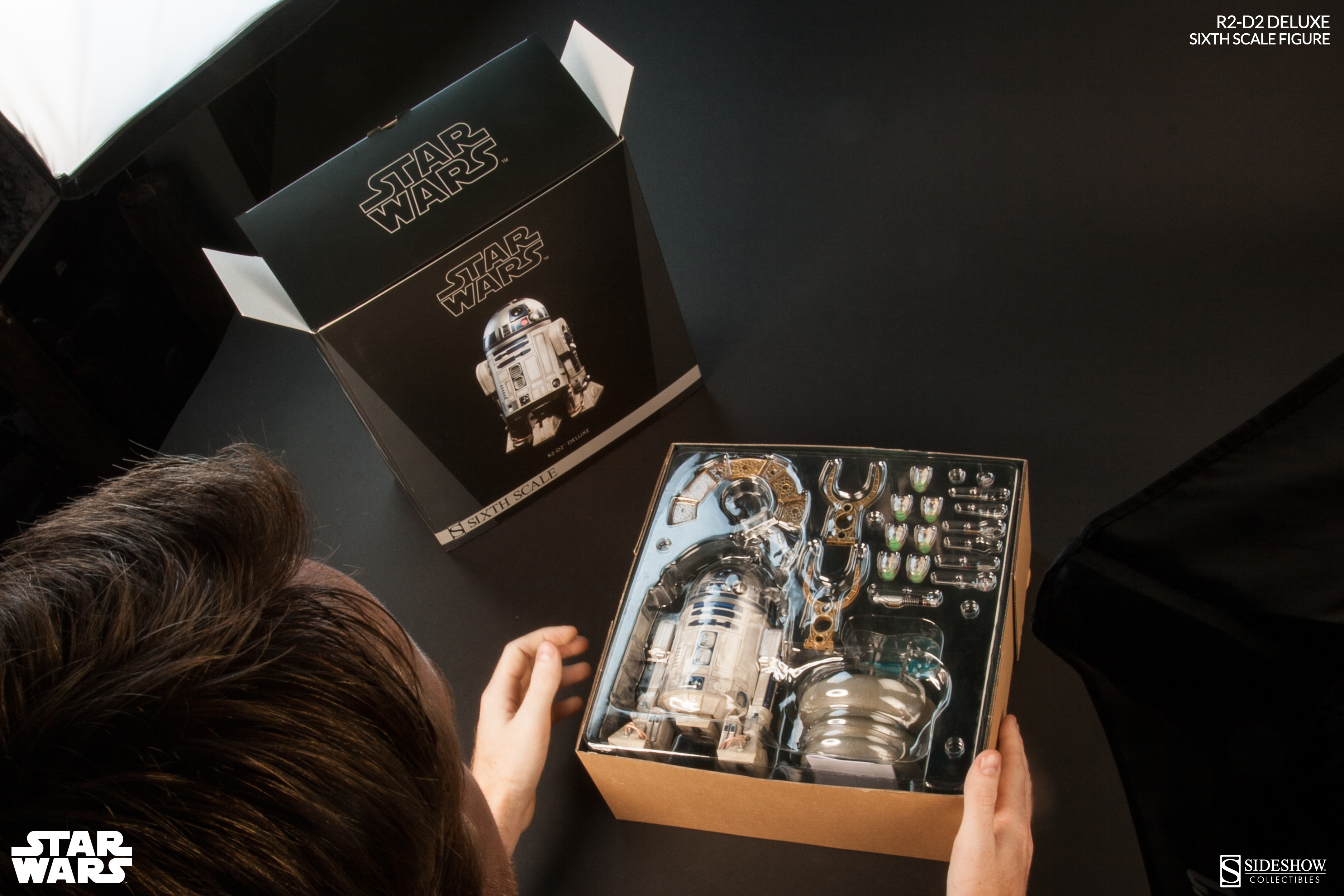 Research was extensive — and fun

The team worked hard to get every detail just right, using reference provided straight from Lucasfilm. “We repeatedly viewed the original trilogy, reference books, Artoo replica sites, and licensed reference imagery,” Bischof says. “There are a lot of details that you can’t pick up in the films, so we spent a lot of time blowing up images and screenshots to try and match the details as close as we could. We do have access to a lot of great reference imagery, which Lucasfilm has on hand.”

This figure even reproduces movie mistakes

As Artoo was a practical, hand-built prop, there were some oversights during filming. Sideshow has gone as far as to include these in the figure. “Due to inconsistency during filming, Artoo’s horseshoe-shaped shoulder panels are switched in different scenes,” explains Bischof. “We made these same panels removable so that they could be swapped between the two shoulders. I would imagine 98 percent of people wouldn’t notice or even care, but this feature is for those 2 percenters who might appreciate this subtle nod.”

Check out our full line of Star Wars figures, statues, and collectibles!

Rising soon from the Court of the Dead: Oglavaeil, the Court Executioner and Skratch