Swing Behind the Scenes of the Mark Brooks Spider-Verse Collection!

First revealed at NYCC 2017, the Mark Brooks Artist Series of Spider-Verse Statues has swung into Sideshow!  Silk, Spider-Gwen, and Spider-Man feature in this dynamic, dimension-crossing collection, and we’ve got behind the scenes secrets and stills from throughout the web of Spider-Verse. 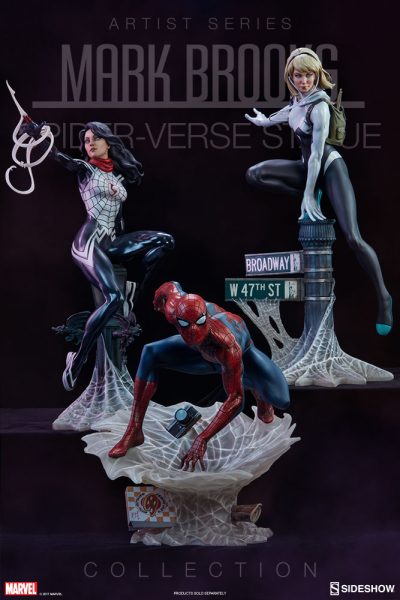 In an interview with Marvel.com, Mark Brooks revealed his inspiration for starting this Spider-Verse design series.  He explains, “I really wanted to design a Spider-Gwen! She was the catalyst behind the idea of a series. We got thinking about Silk, and Spider-Man and the potential there. It’s such a great [trio], you know.”

The Spider-Gwen Statue measures 16″ tall and includes references to her band, The Mary Janes.  The Exclusive edition of Spider-Gwen includes her masked portrait, and is limited to 750 pieces. 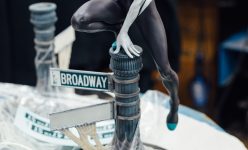 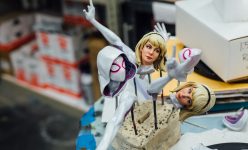 For Mark Brooks, Spider-Man was the clear anchor point in a Spider-Verse collection.  He states, “I love Spider-Man because he ties them together, as a character and as part of a series of statues. I became fixated on “skylines” and how these characters could flow together. At its simplest, Spider-Man is the lynch pin, Silk and Spider-Gwen bookend him…”

The Spider-Man Statue measures 12″ tall on top of a web tornado base filled with sensational Easter eggs for Spidey fans of all sorts!  The Exclusive edition of Spider-Man includes an alternate portrait depicting his “Spider Sense” abilities in action, and is limited to 750 pieces. 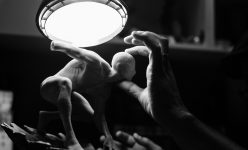 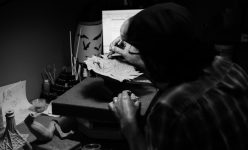 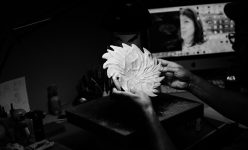 The Silk Statue measures 15.5″ tall, sitting atop a lamp post base with decoration inspired by her heritage and New York’s wrought-iron architecture.  The Exclusive edition of Silk includes her masked portrait, and is limited to 500 pieces.

Art Director David Igo explains, “We’ve leveled up for sure. We’re always trying to bring our ‘A’ game in every way; art, sculpt, paint, materials, manufacturing, everything. There’s just so much more you can do now!” 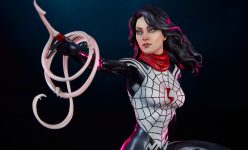 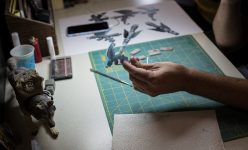 The Spider-Verse Premium Art Print ties the three spider-heroes together against a bright Times Square backdrop, incorporating the designs of each statue.  Pair the statues with the prints for the ultimate Spider-Verse display in your collection!

Head of the Art Print Program Gracie Bifulco elaborates on the goals of the print program, “The print program has grown really quickly, and that’s totally down to the enthusiasm of the collectors. The idea that you can have this super limited edition luxury fine art print to accompany the statues is so great. It adds another level to a display, and it gives you another way of connecting with the art and the artist.” 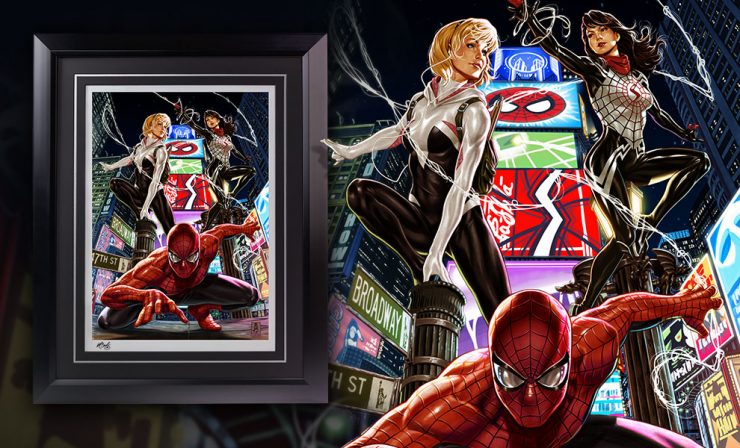 First revealed at NYCC 2017, the Mark Brooks Artist Series of Spider-Verse Statues has swung into Sideshow!  Silk, Spider-Gwen, and Spider-Man feature in this dynamic, dimension-crossing collection, and we've got behind the scenes secrets and stills from throughout the web of Spider-Verse. In an int

There is so much behind the scenes content about the Spider-Verse collection that it’s easy to get tangled in this incredible web!