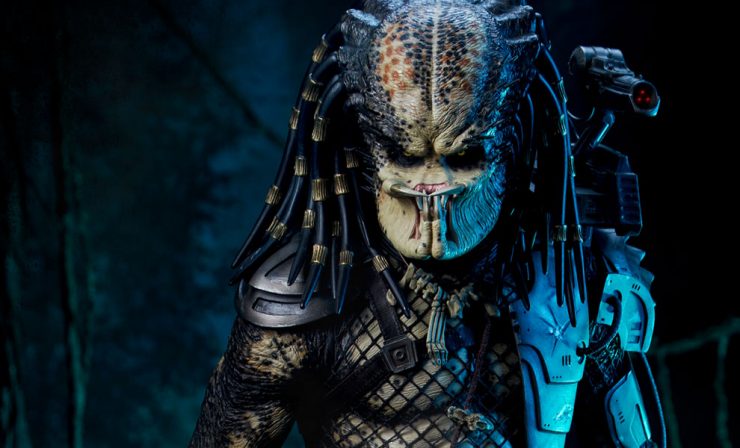 20th Century Fox has just released the teaser trailer for Shane Black’s The Predator, and the alien killer is back and badder than before.

After one of the alien’s ships crash-lands on Earth, it’s up to humanity to fight the threat- if they can find him before it’s too late.  When they find out the alien is trying to hybridize with new DNA, only a team of ex-soldiers and a scientist can stand in its way.  The movie takes place between Predator 2 and Predators, meaning it’s a sequel rather than a reboot.

No need to go hunting- you can check out the teaser trailer here!


We can’t wait to see more from The Predator!  Do you side with the humans or the hunters?  See The Predator in theaters on September 14th.

If you’re looking to add the Predator to your collection, click HERE!  Before he finds you first…