T’Chaka’s Impact on the MCU

T’Chaka was the former King of Wakanda, and while his screen time may have been brief, the sheer weight of his influence and impact still ripple through the Marvel Cinematic Universe. It would be easy to say that his most notable impact is his children, T’Challa and Shuri, but it would also be a huge understatement.

As the King of Wakanda, T’Chaka and his decisions can be heard like a gentle wind, constantly blowing but only noticeable if you listen closely to the story of the MCU.

T’Chaka sent his brother N’Jobu on an undercover mission to America. After spending quite a bit of time out of Wakanda, he saw the plight of the oppressed in America and throughout the world. He believed that Wakandan technology, specifically their rare access to vibranium, could help the oppressed.

It didn’t help that in that time, he fell in love and had a child, N’Jakada. He had a family to take care of, and he would do anything for his family, including betray his country and help the criminal Ulysses Klaue infiltrate the hidden country of Wakanda, and steal over a quarter ton of vibranium.

T’Chaka killed N’Jobu, and decided not to bring N’Jakada back to Wakanda from Oakland, CA. He insisted that N’Jakada was not a true Wakandan, so he did not deserve the care or attention that Wakandan royalty should have.

And because of this neglect, N’Jakada grew up to be Erik Killmonger and became a blood-thirsty government toppling soldier and secret agent with the highest kill count in his squad. Entire countries and civilizations changed because of his intense desire to reach Wakanda. Killmonger ended up working with Ulysses Klaue, just like his father, using him to get to Wakanda and take over.

And of course, Killmonger’s actions changed the way that Wakanda interacted with the world. T’Challa learned from his father’s mistakes, but the damage was already done.

Howard Stark supposedly found all of the vibranium in the world, just at the edge of Wakanda. At the time, either T’Chaka or his father sat on the Wakandan Throne, ruling in the shadows. We saw in Black Panther that Wakanda had holograms, kimoyo bracelets, and hovering aircraft as early as 1992.

With this kind of technology, there is no doubt that they were aware of Captain America’s vibranium shield. They allowed him this shield, and they allowed the illusion that it was the only vibranium in the world to continue.

So when Captain America disappeared in the ice for 70 years, society believed that all the vibranium in the world was missing, and maybe this was for the best. Around the world, mad scientists and power-hungry dictators used their power and resources in an attempt to replicate the Super Soldier Serum. They wanted to create a new Captain America. And if they were trying to replicate his powers, there is no doubt they would have replicated his shield.

Wakanda refused to take part in the international violence, and during the World Wars, they chose to remain neutral so that no one could get hurt from their impressive technology. They wanted a world of peace. 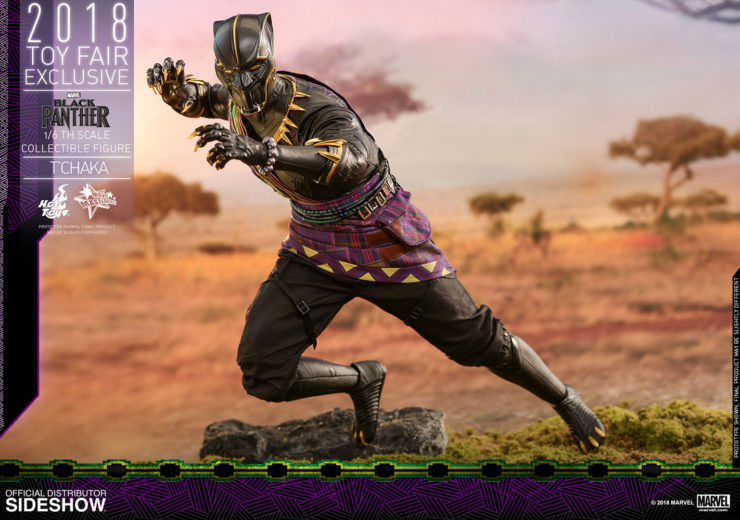 After T’Chaka was killed in Civil War, he passed on to the Ancestral Plane- the Djalia- alongside all the other Black Panthers. Even though we’ve seen the Ancestral Plane multiple times, we still don’t know exactly how it works. Is it only for the Black Panthers, is it for the Royal Family, or is it for all of Wakanda? Could it be that this plane is simply open to everyone who worships the Panther goddess Bast? There is no way for us to know… yet.

Doctor Strange opened our eyes to mysticism in the MCU, but T’Chaka expanded our understanding of it two-fold. There is clearly some sort of afterlife, and there is reason to believe that he exists somewhere within the Multiverse.

When Doctor Strange and the Multiverse of Madness premieres in theaters, we could be surprised to find that the Ancestral Plane is just one of many universes out of reach to some, but accessible to mystics and the faithful. A plane where anyone can learn from their ancestors and find their truth.

The T’Chaka Sixth Scale Figure immortalizes the King of Wakanda. You can display him on the Wakandan Throne, to show him at the height of his power, or pose him alongside an entire universe of other Marvel collectibles.

What’s your favorite T’Chaka moment? Let us know in the comments, and don’t forget to Let Your Geek Sideshow!