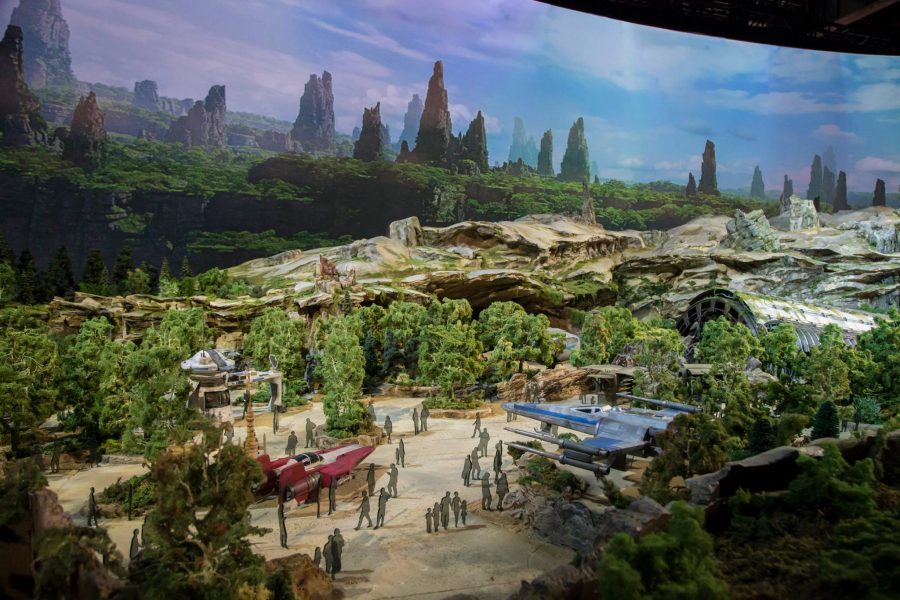 We see a lush and rocky setting surrounding Star Wars-like structures and vehicles such as a Blue X-Wing and even a Red A-Wing, which can even be seen for a split second in The Last Jedi teaser trailer. The interesting thing about the A-Wing is that the design seems relatively unchanged over the 30 years since the events of Return of the Jedi, where the A-Wing made its debt on screen. 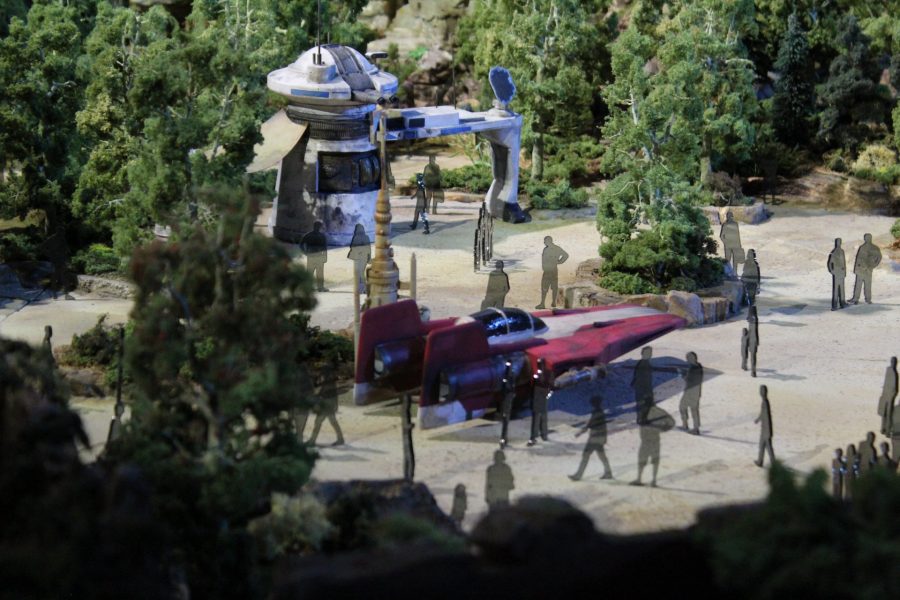 This new Star Wars Land implies that the scenery may be derived from particular settings and planets from the new movies, but we won’t know for sure until we see the next films and pay a visit to Disney’s Star Wars Land, which is expected to open in 2019. (We’re holding out for new Star Wars figures and collectibles based on any new characters that might shop up here too!)