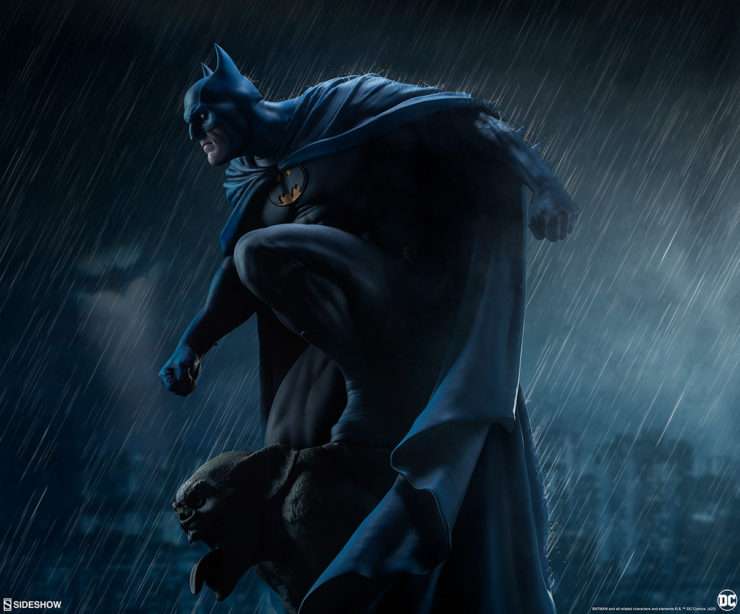 “I made a promise on the grave of my parents that I would rid this city of the evil that took their lives.” 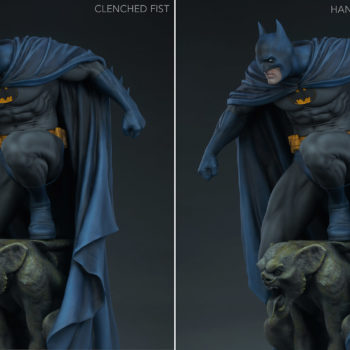 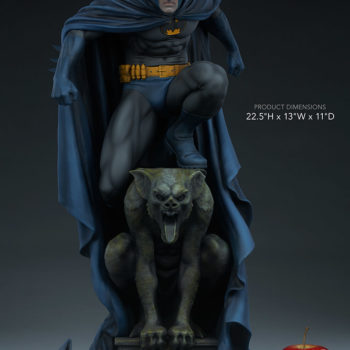 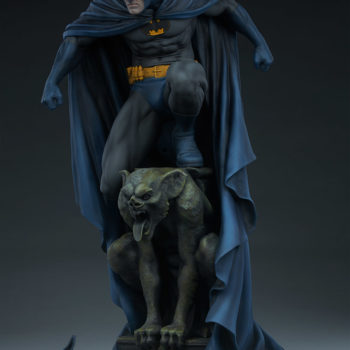 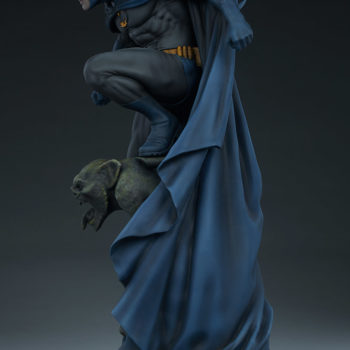 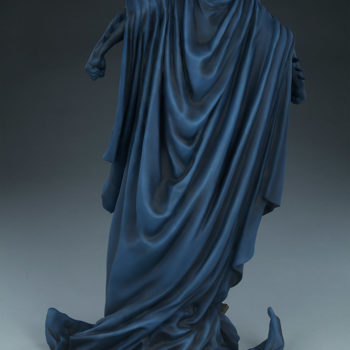 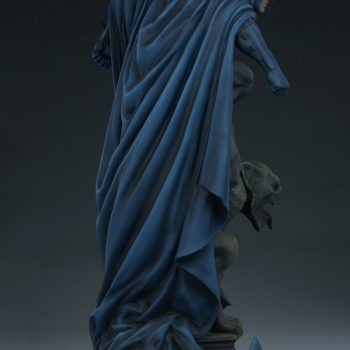 The Batman Premium Format™ Figure measures 22.5” tall, cloaked against the dark skies of Gotham City as he joins the lurking gargoyles that watch the streets below. Crouched in wait, Batman observes from the perfect vantage point to get the drop on his foes and dish out his signature brand of justice. 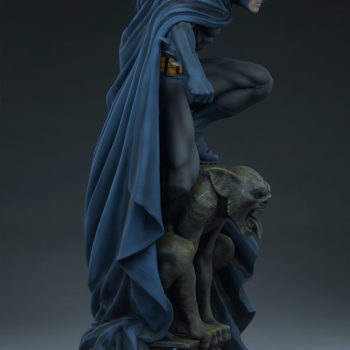 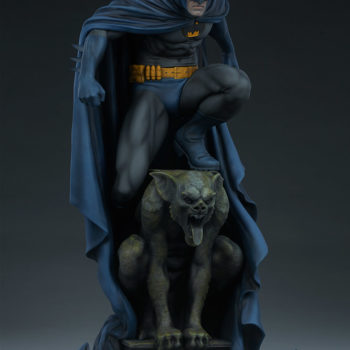 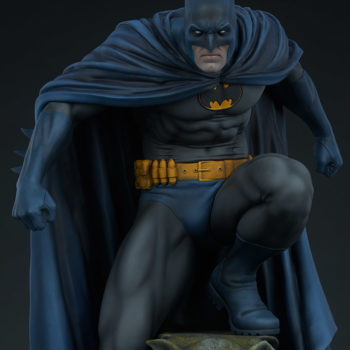 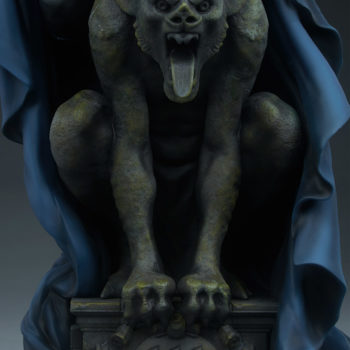 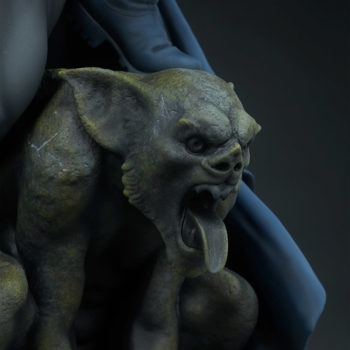 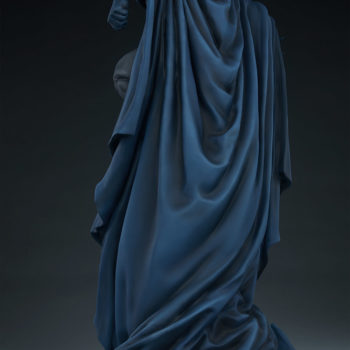 The Batman Premium Format™ Figure features a fully sculpted blue and grey costume, from the top of his stoic cowled portrait to the bottom of his dramatic, swooping cape. Immensely detailed in dark blues and blacks, Batman’s cape takes on a life of its own as it melds Bruce Wayne with the gothic architecture of his crime-ridden city. His costume features yellow accents on the utility belt and his iconic bat-symbol completing the grim appearance of the legendary Caped Crusader. The Batman Premium Format™ Figure also comes with a swap-out left hand, giving you the choice to display him with closed fists or clutching a grappling rope. 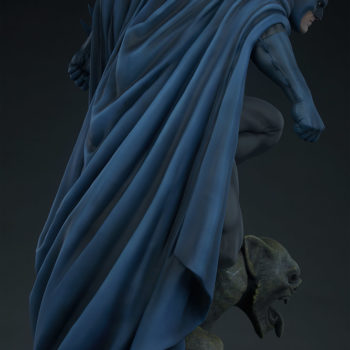 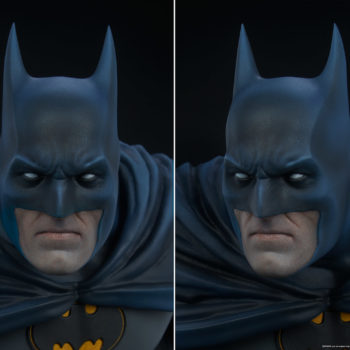 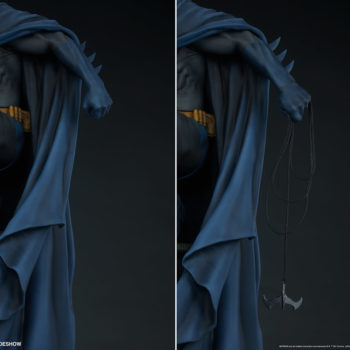 The Exclusive Edition of the Batman Premium Format™ Figure includes an additional grimacing portrait that features shorter ears on the cowl. Make criminals cower in fright with this exclusive swap-out display option for the Dark Knight. 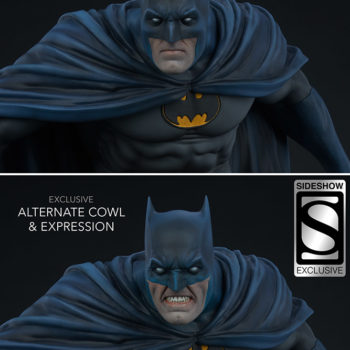 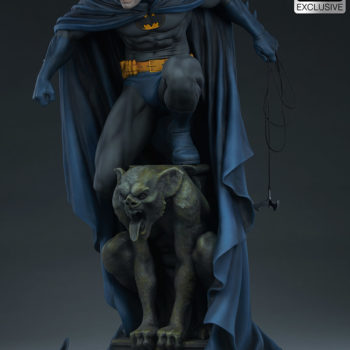 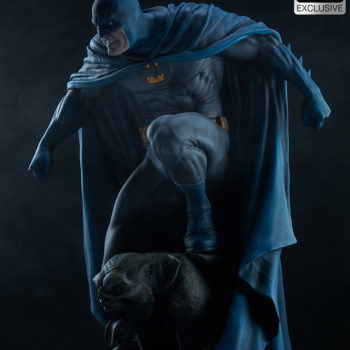 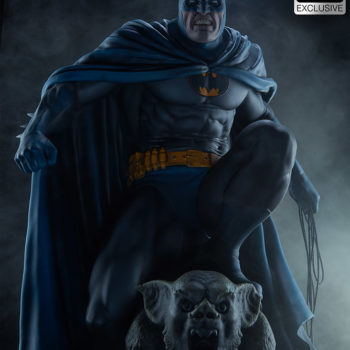 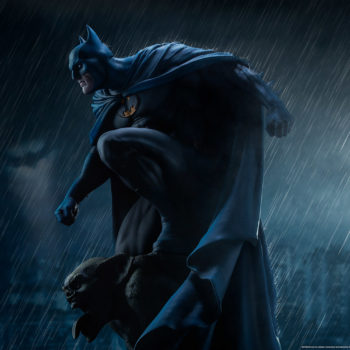 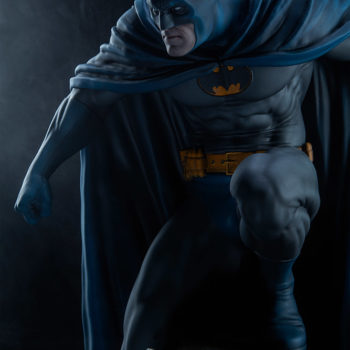 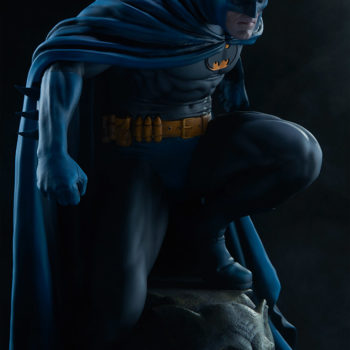 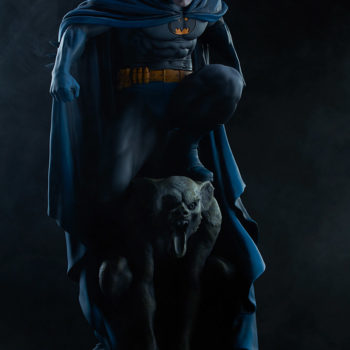 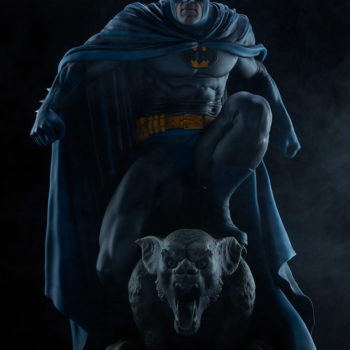 Take your DC Comics collection to the rooftops of Gotham and bring home the Batman Premium Format™ Figure today!

Revenge of the Fifth, MAJOR Star Wars Update, and more!