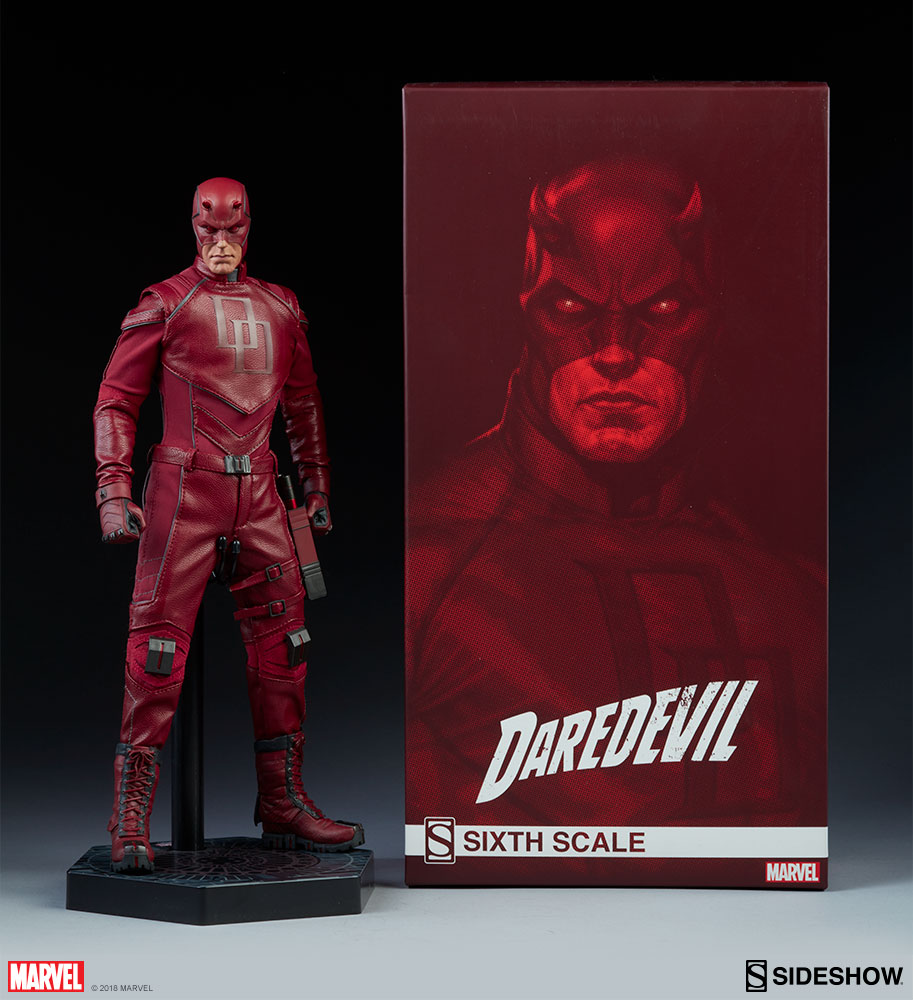 Check out the new photos of the Daredevil Sixth Scale Figure. After Matt Murdock was blinded by a mysterious radioactive substance, he discovered that his remaining senses were heightened to an incredible degree. His “radar sense” made it possible for him to sense the objects around him, hear a heartbeat, read printed material by running his fingers over the ink on a page, and even feel microscopic changes in air pressure to dodge incoming attacks! 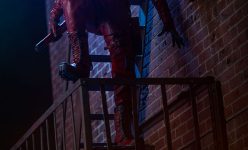 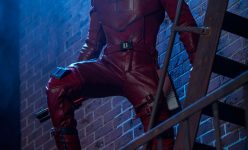 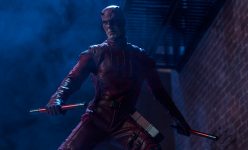 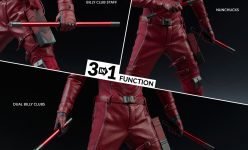 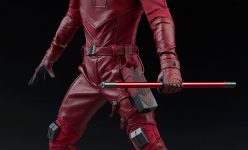 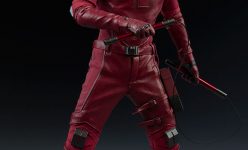 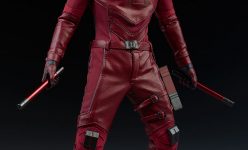 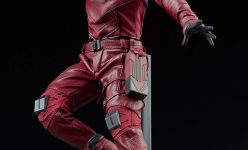 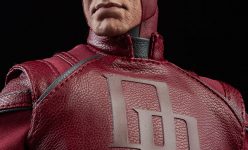 Sideshow presents it’s own interpretation of the Devil of Hell’s Kitchen. The Daredevil Sixth Scale Figure combines several of his most iconic “looks” to create an original design that pays homage to the character we know and love from the comic books. This all-new Daredevil suit has been painstakingly designed and expertly tailored to feature many subtle “Easter eggs” and symbolic clues that give visual nods to Matt Murdock’s background, beliefs, and ideals. 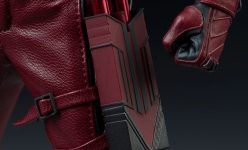 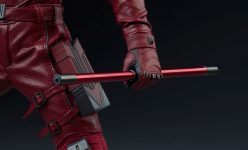 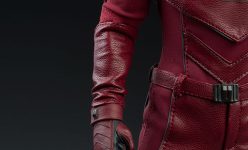 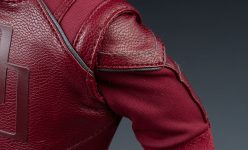 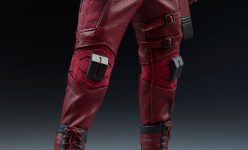 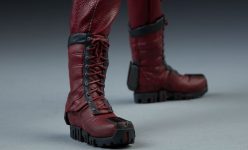 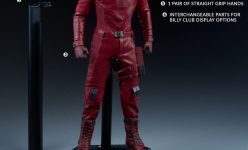 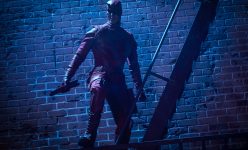 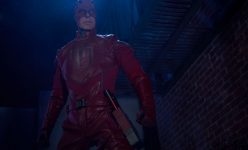 The Sideshow Exclusive variant for this sixth scale figure includes a cane (used by Matt Murdock as part of his lawyer persona) that can be modified to become part of his arsenal of combative tools. 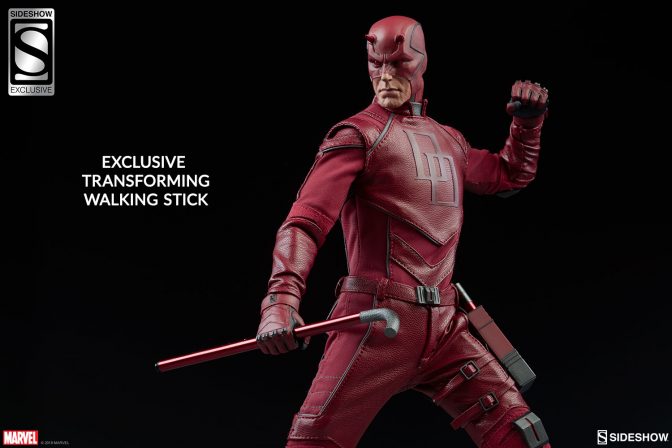 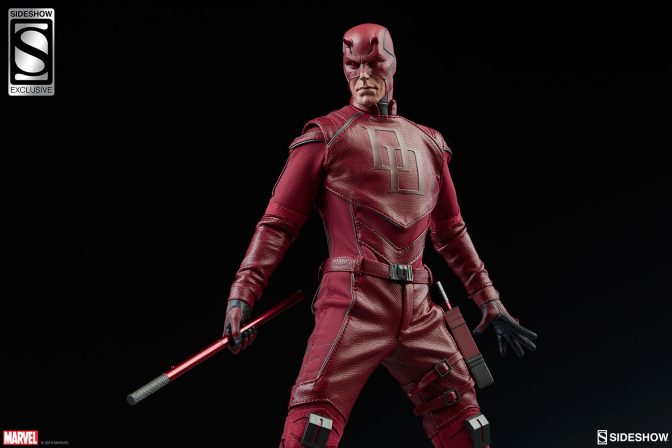 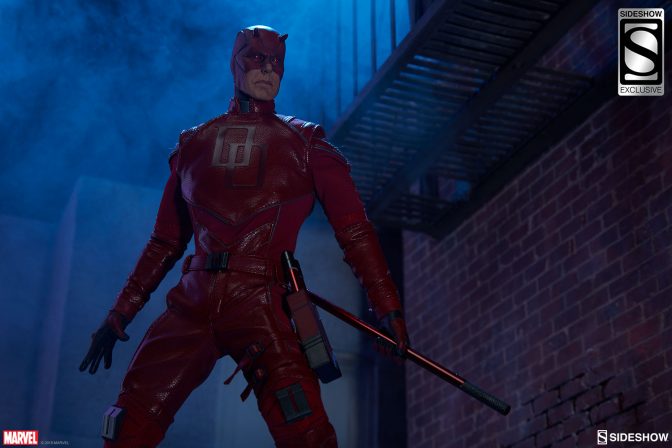 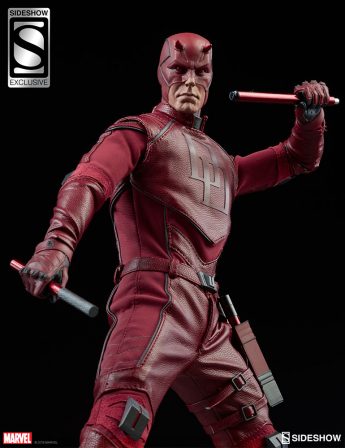 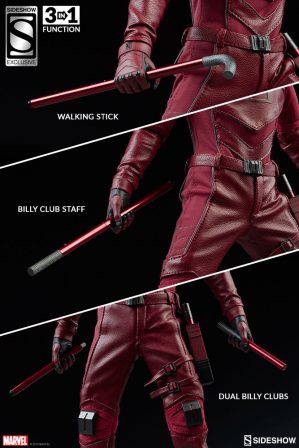 Order the Daredevil Sixth Scale Figure for your Marvel collection now, before he is gone forever!