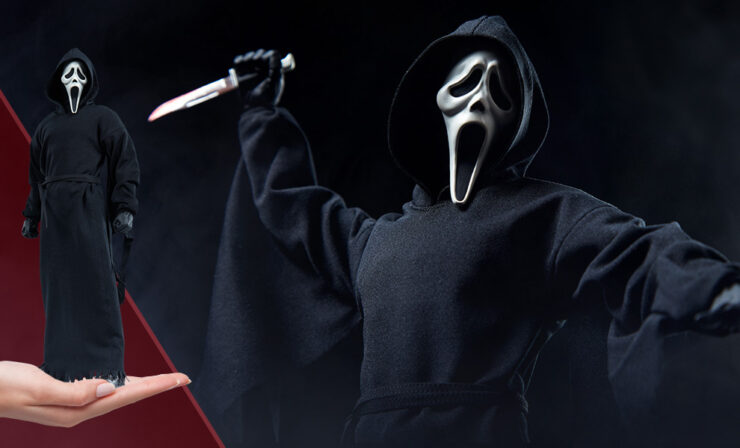 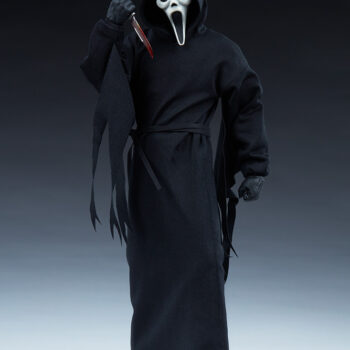 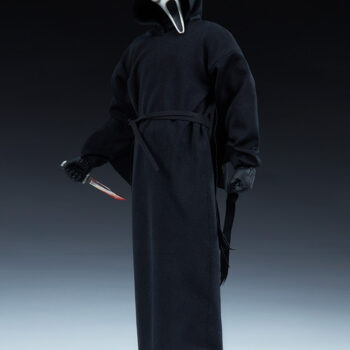 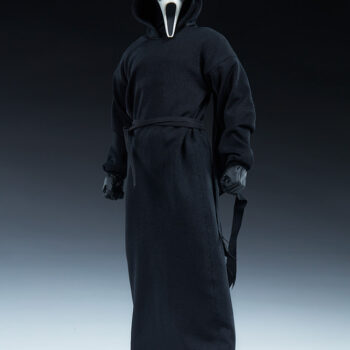 Recognizable for the haunting expression frozen on an elongated white mask, Ghost Face is an unmistakably iconic part of the Halloween season. The Ghost Face Sixth Scale Figure captures the silent menace of this masked villain, wearing a tailored fabric costume of tattered black reaper robes complete with a hood and belt. The figure also features sculpted gloves, shoes, and the mask portrait carefully sculpted to scare you with its fidelity to the frightening trademark design. 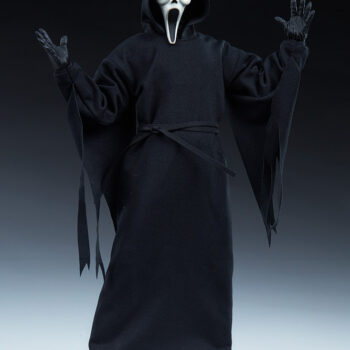 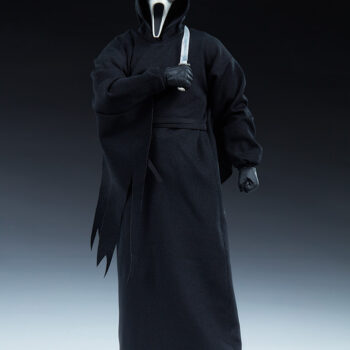 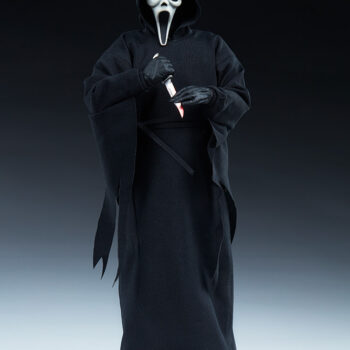 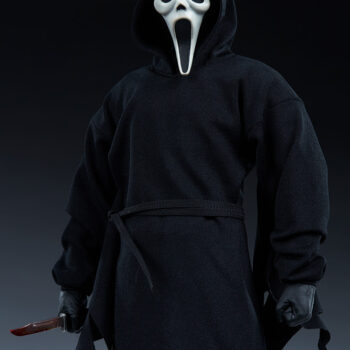 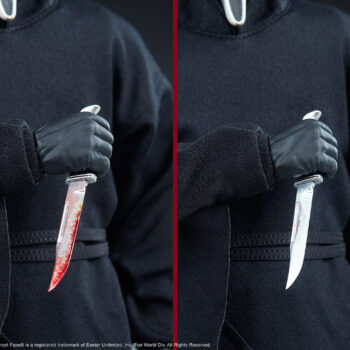 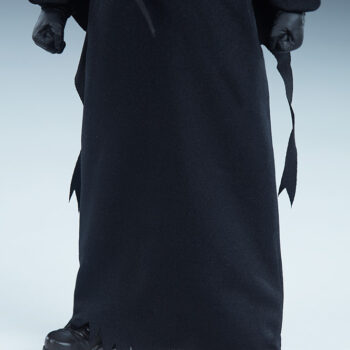 The Ghost Face Sixth Scale Figure has an articulated body beneath the robes, allowing you to craft a number of killer poses with the included array of accessories. The figure includes seven different hands, including one pair of grip hands, one pair of fists, one pair of open hands, and one gesturing left hand. Ghost Face also comes with one clean knife and one bloodied knife accessory, giving you additional display options as this terrifying horror collectible stalks your shelf. 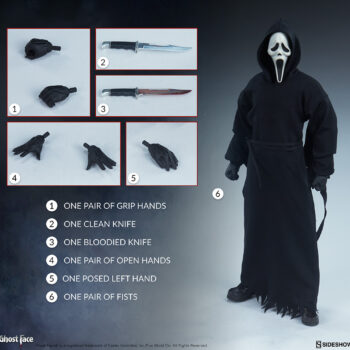 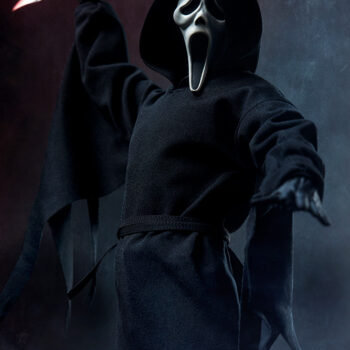 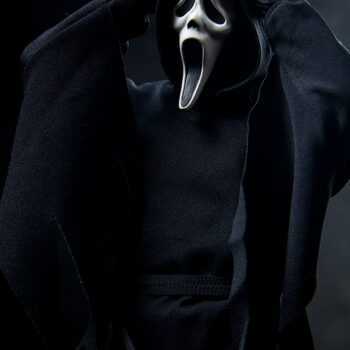 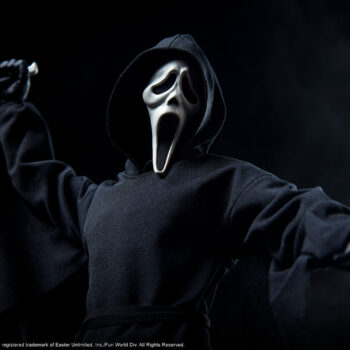 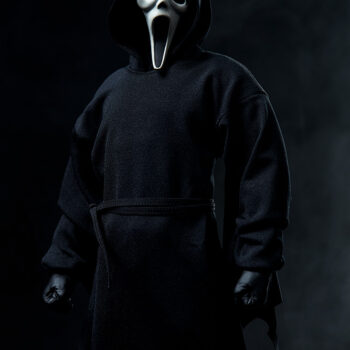 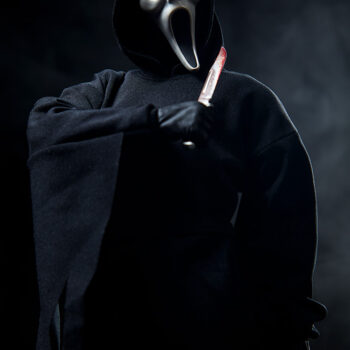 Send shivers down your spine as you stare into the eyes of the Ghost Face Sixth Scale Figure– bring home the horror today!

Pre-orders for the Ghost Face Sixth Scale Figure will begin on Thursday, October 1st between 12pm-3pm PT and the figure will be priced at $210 USD.