Lo, vigilant observers! Once again, it is Thorsday! I think we can all agree that watching Marvel movies is fun for all fans, from the newest recruits to the most loyal followers. You don’t have to be an expert on all the comic stories to enjoy the action, the laughs, and the intense emotions that come from watching your favorite heroes on the silver screen.

If you’re anything like me, though, you might get a smug satisfaction from latching onto one of those sweet, small nods that hearken back to the origins of our favorite superheroes, even if it means wearing out the pause button on your DVD player. When it comes to getting references, you’re either a Thor, or a Captain America – do you get that reference?

I hope so, but if not, never fear! That’s why this week, to help buff up your Easter Egg game, I’m highlighting my favorite Thor film references that even Heimdal the all-seeing might have missed! 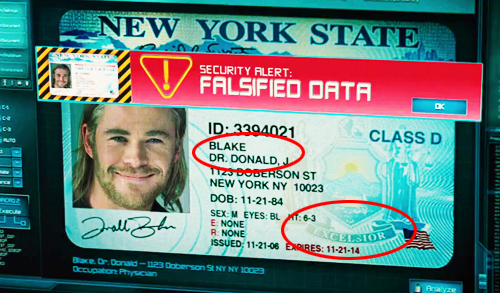 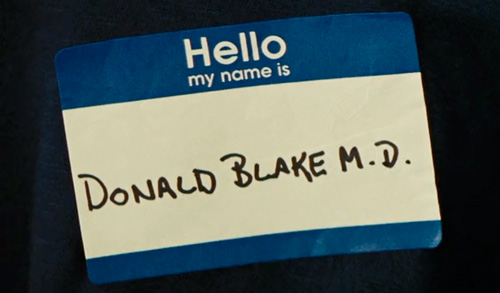 For moviegoers who saw the first Thor film, Donald Blake was the name of Jane Foster’s ex who was “good with patients, bad with relationships.” His name is seen on a sticker, stuck to a shirt borrowed by Thor after the crew takes him home from the hospital. The name also comes up again as Erik Selvig lies to S.H.I.E.L.D. and to Agent Coulson about the Asgardian’s identity. It is shown on a forged driver’s license bearing Thor’s picture as well. But just who is Donald Blake?

Donald Blake was the name of the human alias Thor took on when he was banished from Asgard in the original comics. A crippled physician, Blake used a walking stick- Mjolnir in disguise- to support him. He became a renowned surgeon, and for a time, had no knowledge of his Asgardian memories, until little by little, they came back to him as he discovered he could transform into the mighty Thor, his true self. Jane Foster was a nurse working for him, and for a time the two of them had a relationship, though Jane secretly also loved the hero Thor. She had no idea the two were one in the same.

Thor (2011)
The MCU makes it evident that Asgard is home to many legendary warriors and treasures housed within its golden walls. We get a brief look through Odin’s incredible vault hidden in the lower levels of the palace when Frost Giant soldiers attempt to steal the Casket of Ancient Winters. The hall is long and the treasures many, teasing the many conquests of the Asgardians in the background- including the Infinity Gauntlet. 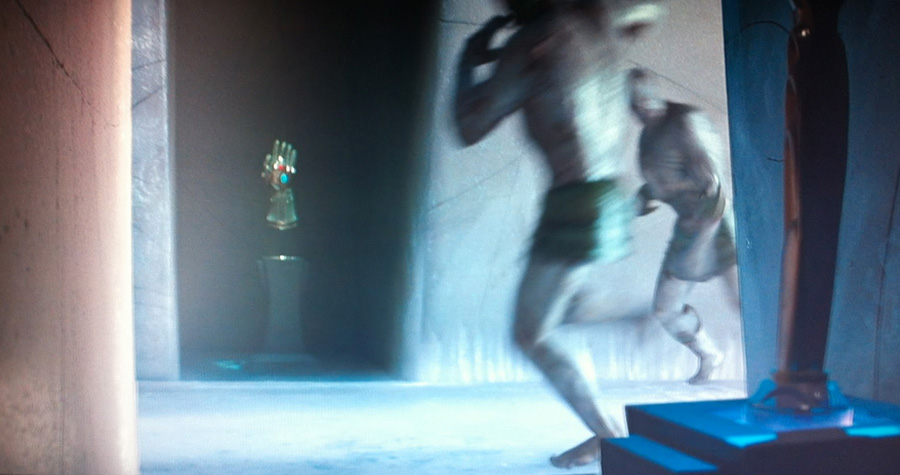 The identity of all the treasures in the vault are still often debated (including the Warlock’s eye, the Eternal Flame of Surtur, and the Tablet of Life and Time), but one unmistakable artifact is the imposing, golden Infinity Gauntlet, missing its gems. As Phase 2 of the MCU has shown, the gauntlet was never meant to stay hidden in the palace walls of Asgard. Easy to miss in its original appearance, the gauntlet casts an increasingly large shadow as the movies progress, but at the time of the first Thor film, it was just an Easter Egg. With this small tease, one of the earliest Marvel films was able to hint towards one of the biggest fights the Avengers have yet to see.

Probably the most difficult Easter Eggs to notice are the cameos that famed Thor writer and artist Walter “Walt” Simonson, and writer J. Michael Straczynski have in the first film.

The creator of fan favorite Beta Ray Bill, as well as the famous Thor Frog story, Simonson makes an appearance in Asgard, between warriors Sif and Volstagg at a grand feast following Thor’s return (and Loki’s departure) after the final battle. 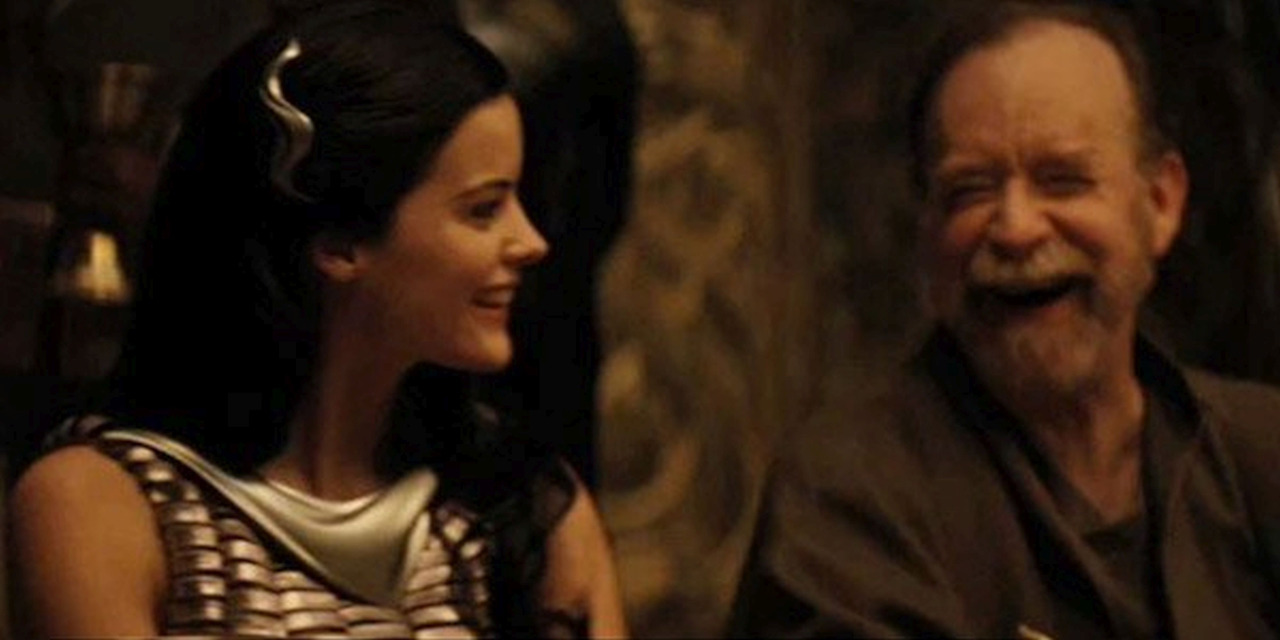 Straczynski appears as one of the New Mexico men who try their hand at lifting Mjolnir after it crashes in the desert. 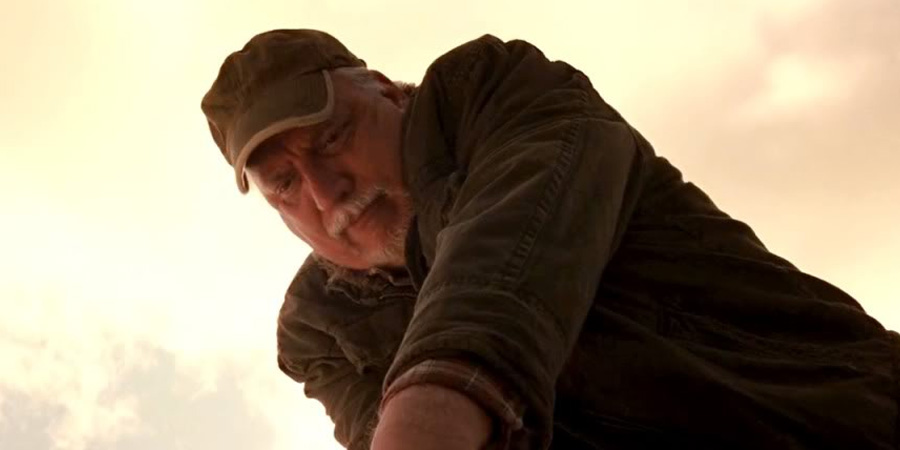 The difficulty of spotting these Easter Eggs comes mostly from the fact that many people don’t recognize the men, but once you know who to look for, these cameos nearly rival that of Stan Lee!

In Puente Antiguo, New Mexico, the fictitious town that is “Home of the Vikings”, there are plenty of nods to the Thor legacy- Vikings? Obviously. Puente Antiguo itself is Spanish for “Ancient Bridge”, a direct reference to the Bifrost used to travel between worlds. A lot of these details are found on signage in the background of the sleepy little town, but the biggest billboard Easter Egg to be found here is on a travel ad for New Mexico itself- “Land of Enchantment… Journey into Mystery”.

This slogan combines the actual state motto with the title of the first comic series Thor ever appeared in. Before the mighty Thor got his own comic series, his adventures began in the title Journey into Mystery, originally a serial for horror stories which later grew to publish sci-fi and giant-monster stories. In 1962, Journey into Mystery #83 debuted with Thor, “The most exciting hero of all time!” and the epic saga began.

In 2013’s Thor: The Dark World, audiences were introduced to quite a few new types of alien creatures that inhabit the nine realms, especially when Thor and his friends fight the Marauders on Vanaheim. In one standout moment, the thunder god accepts the surrender of a rocky creature who gets reduced to pebbles by one hefty swing of Mjolnir. While it certainly wasn’t his first fight in a Marvel film, Thor fought more of these monsters, the Kronans in his earliest adventure.

The Kronans, also known as Stone Men from Saturn, were Thor’s first foes in his original series. With bodies composed of highly durable material resembling rock structures, these aliens from Krona chased Donald Blake into a cave, where he smashed his walking stick into a rock, causing him to transform into the mighty Thor. The Kronan in the film, wearing harnesses and shoulder padding, bears a striking resemblance to Korg, the first Kronan Thor fought.

The adventures in Thor: The Dark World clearly show that there are many worlds beyond the one we know. Between the nine realms and infinite realities, of course it’s easy to see that the heroes in the MCU are dealing with a lot more than just themselves and the Earth they know. Of course, to some people, this sounds crazy. Which is why Dr. Erik Selvig is put in a retirement home in London after his “nonsensical ramblings” about the convergence of worlds- but is it nonsense?

On the blackboard behind him as he lectures his fellows- Stan Lee among them- viewers can see his chalk notes on universe theories, with the inclusion of one particular universe easily recognizable to comic readers- the 616 Universe. 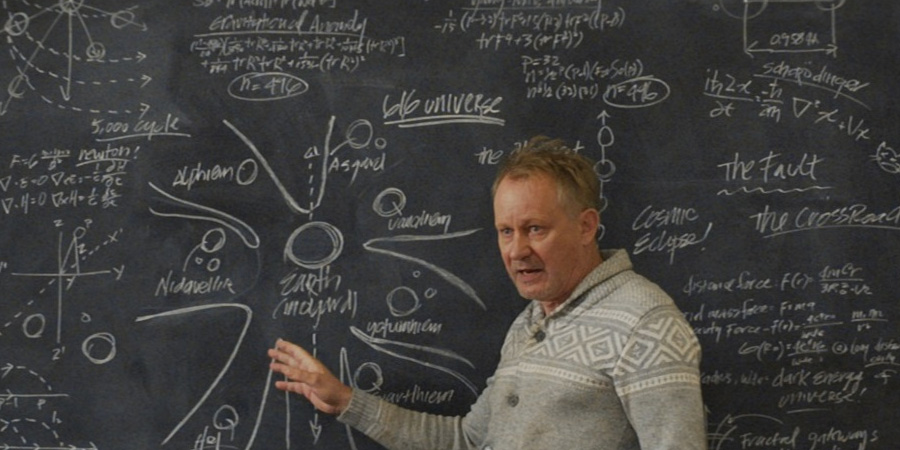 Considered the standard Marvel comics universe, Earth 616 is where the main canon occurs for Iron Man, Thor, Captain America, and all the others. The MCU is considered Earth 19999, where the events of the movie world take place. There are other universes mentioned here such as “The Fault” and “The Crossroads”, which arise from major comic events within the 616 and other comic continuities. It seems like Selvig might know more than he’s given credit for.

There are dozens of Easter Eggs hidden each and every Marvel films to reward those who look closely and know their comic history- but it’s best not to forget to pay attention to the rest of the movie as well! These were just a few of my personal favorites that I’ve noticed after many watches and re-watches of these beloved films. I’m sure there are plenty more waiting to be found, see which ones you can spot next time you watch a Thor movie! You have some time now – dig out those DVDs and I will see you next Thorsday, clever watchers!

Tweeterhead creates the ultimate collection for fans of The Munsters