Next week on Tuesday, June 29, 2021 at 10 AM PT we’ll be looking at the Harley Quinn Sixth Scale Figure by Sideshow. Guy will be highlighting features such as the fabric bodysuit costume, Harley’s signature signature hammer and baseball bat weapons, an exclusive swap-out head, and more. 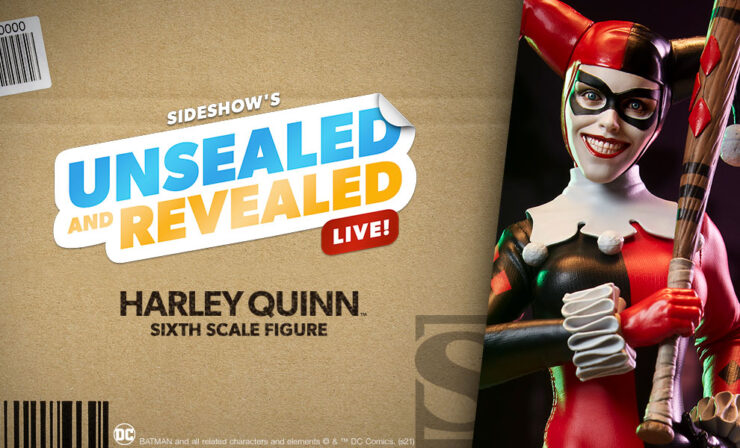