“Hi. I’m Eddie Brock. Can Peter come out and play?”

How do you describe Venom? He isn’t simply a bad guy, but he’s far from a hero too. You could say his personality is somewhat conflicted – heck, he’s literally part man, part monster! Over the years, Venom has become one of Spider-man’s most dangerous and unpredictable foes, but he’s also stepped up and saved Spidey’s life countless times. Whatever side he’s on, or whatever personal agenda drives his allegiance, Venom’s larger than life personality and bizarre appearance has made him incredibly popular with the artistic team here at Sideshow. For us, adding him to our Marvel rogue’s gallery has been a genuine labor of love!

Our artistic team describes this Premium Format™ Figure as being a “modern monster incarnation of Venom” with his characteristic split-face and leering grin, the misshapen eyes, jagged fangs and oversized tongue that give him that truly demonic appearance. 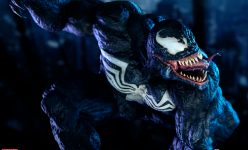 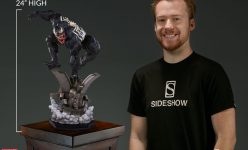 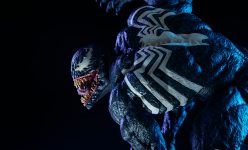 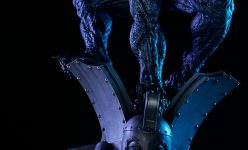 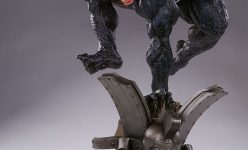 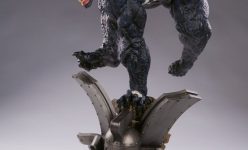 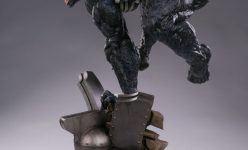 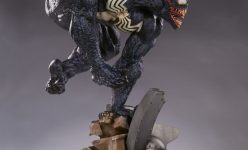 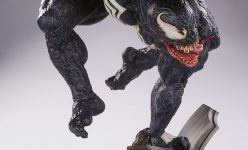 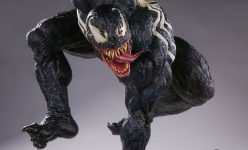 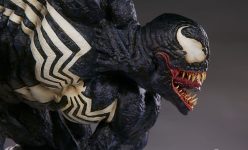 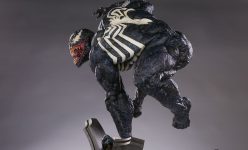 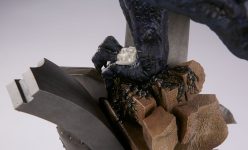 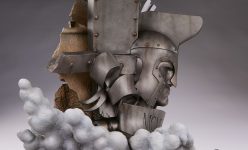 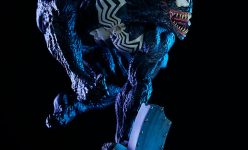 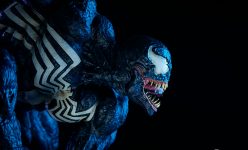 Venom is portrayed here in a super-dynamic Spider-man-esque pose.  His hand barely brushes a concrete outcrop as he flies by, but in that split second his symbiote tendrils bite deep providing him with a solid purchase. Every inch of this alien parasite and his human host has been rendered with our signature “hyper-realistic” approach; from the rich texturing on his skin to his eerie pearlescent eyes, his glistening wet tongue, even the tiny sections of puckered flesh on his hands that stand ready to shoot webbing at any second!

In keeping with the style of our other Spider-Man Premium Format™ pieces (The Amazing Spider-man, Green Goblin, Black Cat) our Venom figure features a dramatic “exploding” base which depicts a frozen snapshot in time during an epic battle. Smoke, debris and twisted metal combine with structural classical Roman elements that evoke parts of the New York skyline. Eagle eyed collectors will even notice that the Roman numerals on the base that give a subtle nod to our most die-hard Spidey fans!

Not only is this Premium Format™ Figure a fine addition to any Marvel collection, but it’s also our tribute to an awesome comic book character that has been designed and crafted by genuine fans. 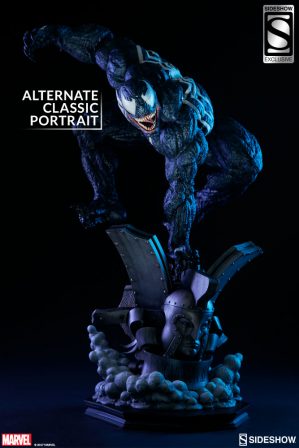 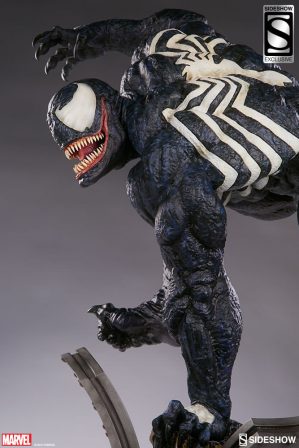 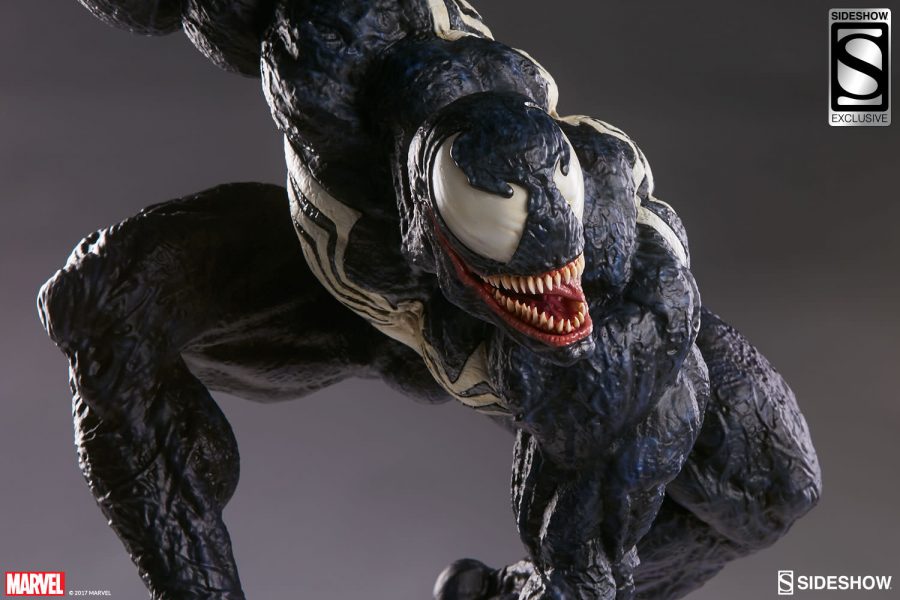 The Venom Premium Format™ Figure will be priced at $624.99 and available for pre-order beginning on Thursday January 12, 2017.