Wait til you see the insane detail in Sideshow’s Alien: Internecivus raptus Statue up close – Game over, man!

Visionary designer H.R.Giger achieved international fame for his work on Ridley Scott’s 1979 sci-fi classic Alien, his nightmarish aesthetic changing the way we thought of film monsters forever. As Ian Holm put it when he told the crew of the Nostromo, the Alien is the “Perfect organism. It’s structural perfection is matched only by its hostility.” Channeling this sentiment, Sideshow sculptor Matthew Black shares insight into some of the design process behind the Alien: Internecivus raptus Statue, as well as a behind the scenes look at the insane detail in the digital sculpt. 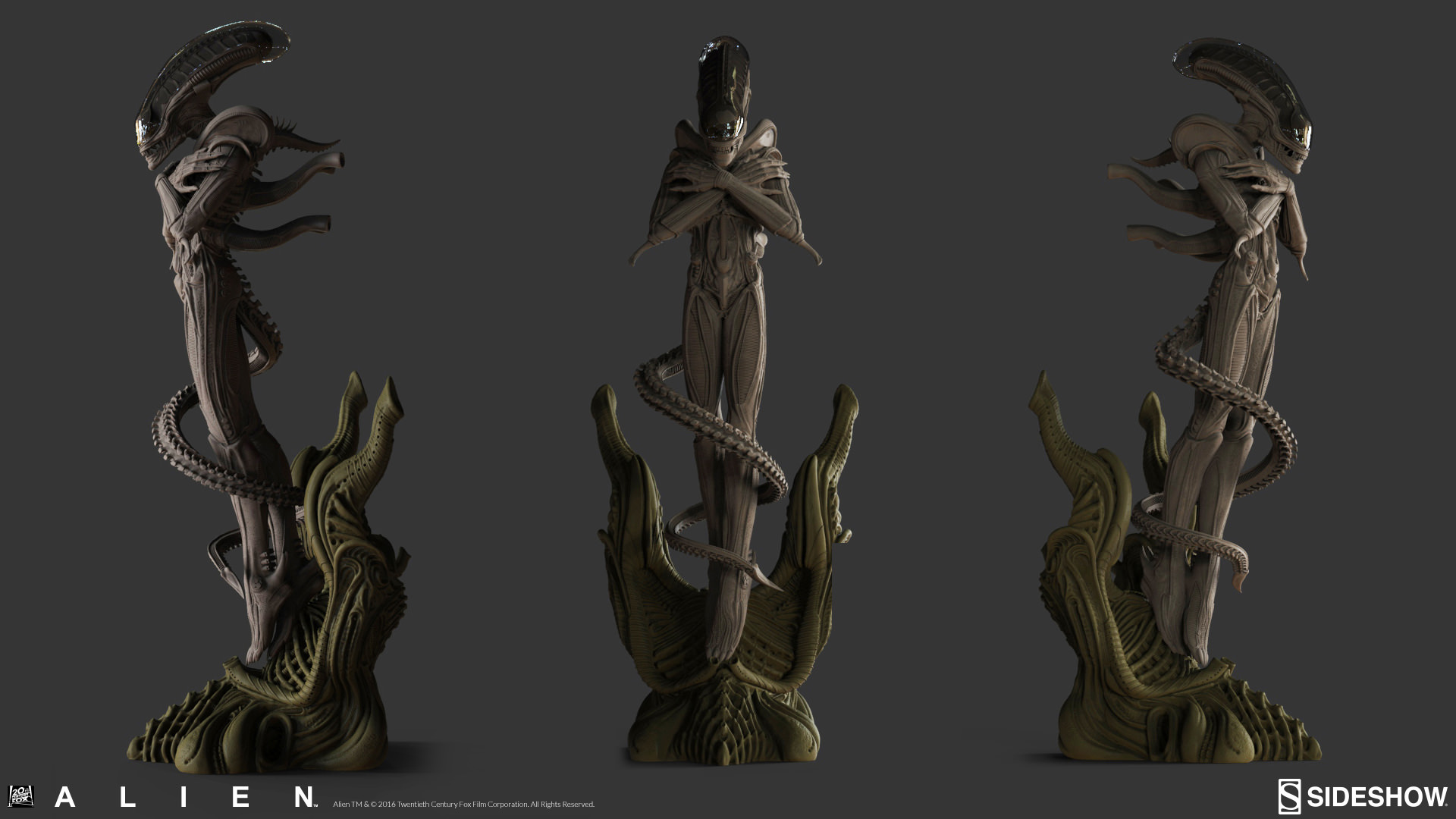 When I was first offered the opportunity to work on the Alien statue I was initially very intimidated. The Alien ‘Big Chap’ is not only iconic, but the design itself is insanely complicated. There are layers upon layers of detail. Opportunities such as this don’t come around often, and I took it as a personal challenge.

As with most projects, this one started off with a round of pose studies. I worked closely with the Sideshow Art Director and design team to lock in a pose, and the design that spoke to us most was one in which he was depicted in this altarpiece-like pose. The overall feel of the character itself is somewhat architectural in nature, so it seemed fitting to tell a story that spoke to the nature of his design, as well as paid tribute to the designer behind the iconic monster. 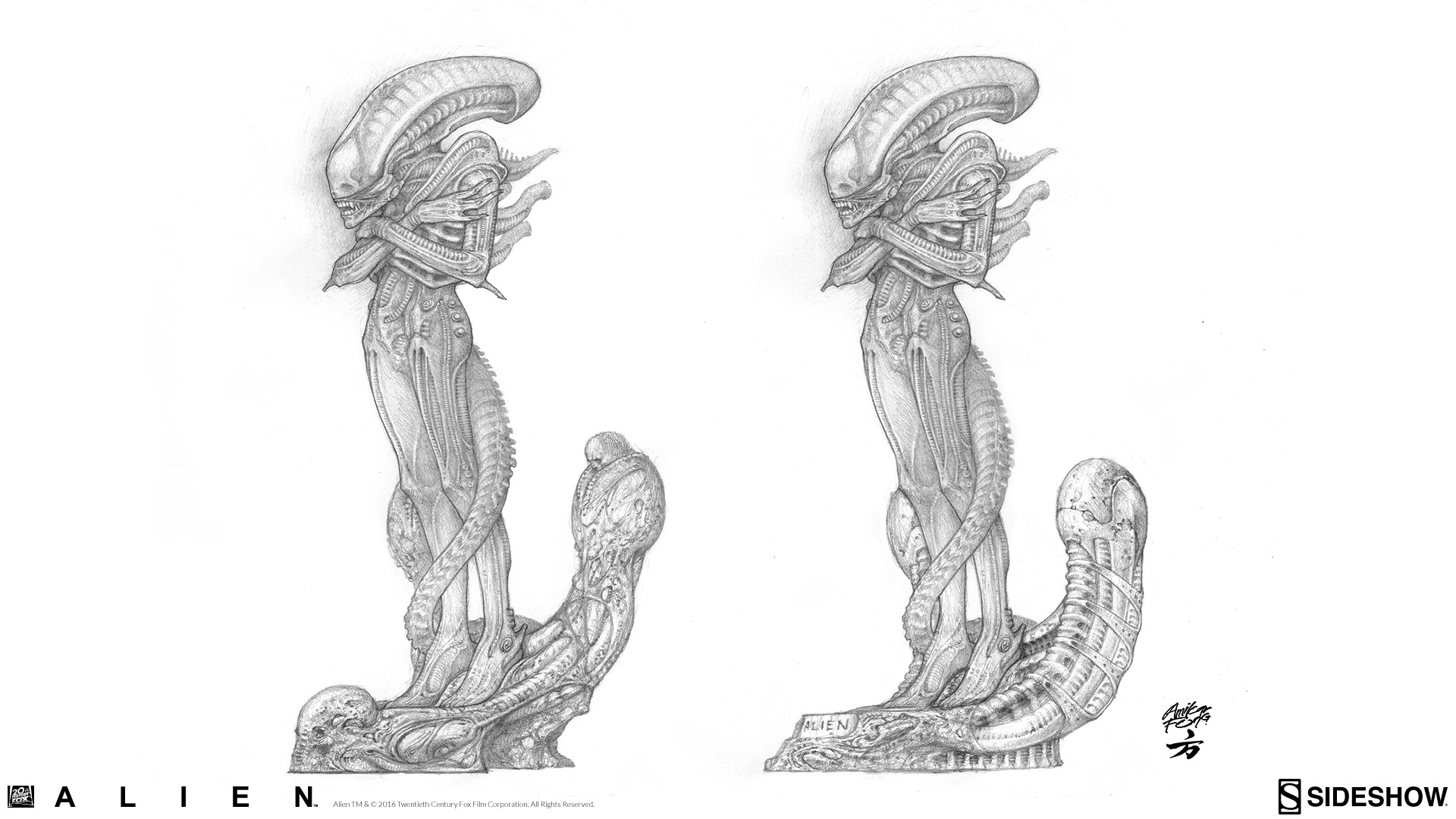 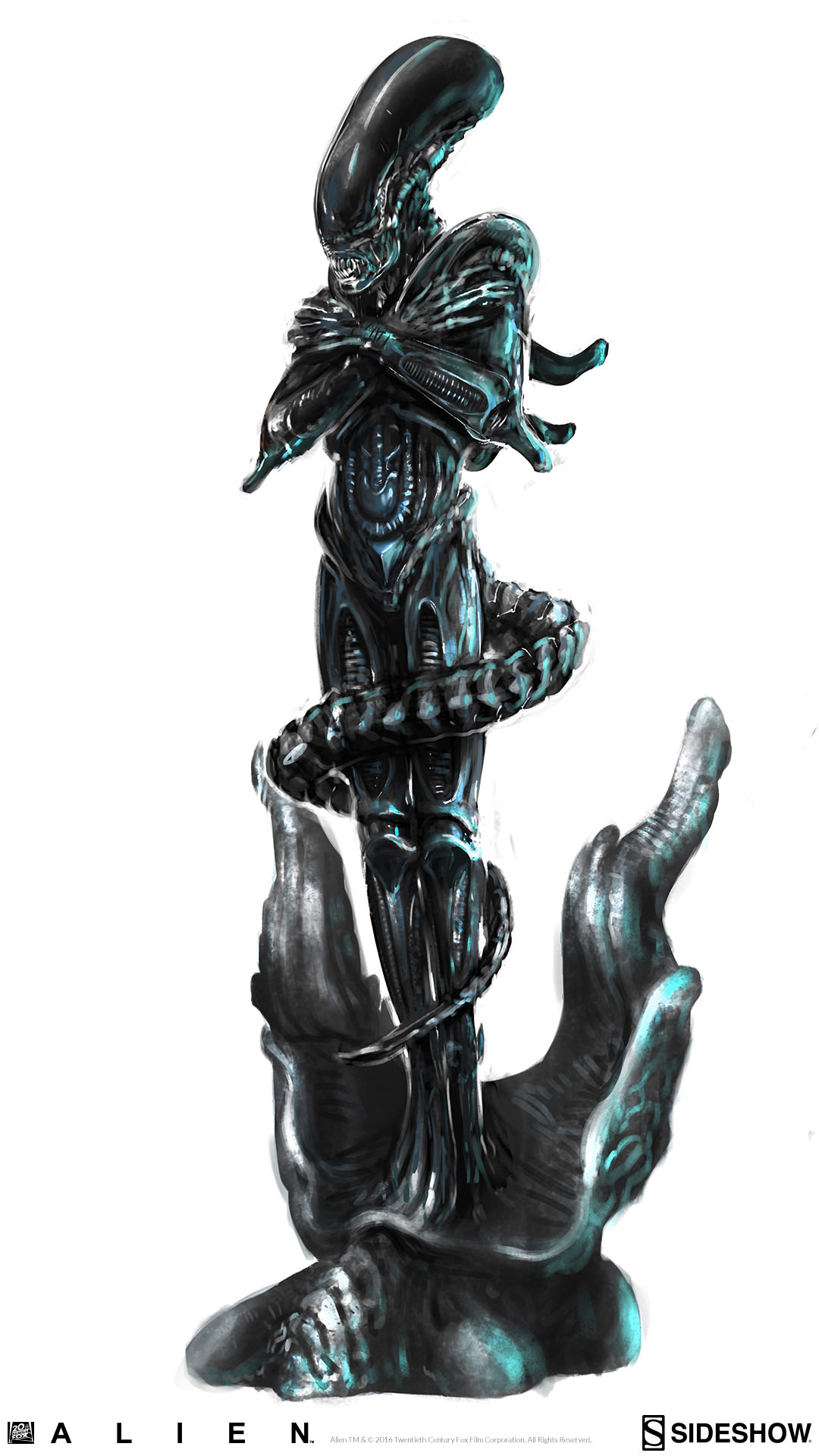 When I begin a project, many times I will start sculpting the model in a “T” pose. This ensures all the elements are symmetrical, and I can map out all of the organic shapes piece by piece.  Hands, feet, and head will all be separate files, until I get everything just right, then I start grafting them all onto the main mass of the body till I have the final finished neutral pose. Working on something this complex is like eating an elephant, you just have to do it one bite at a time until it’s done. 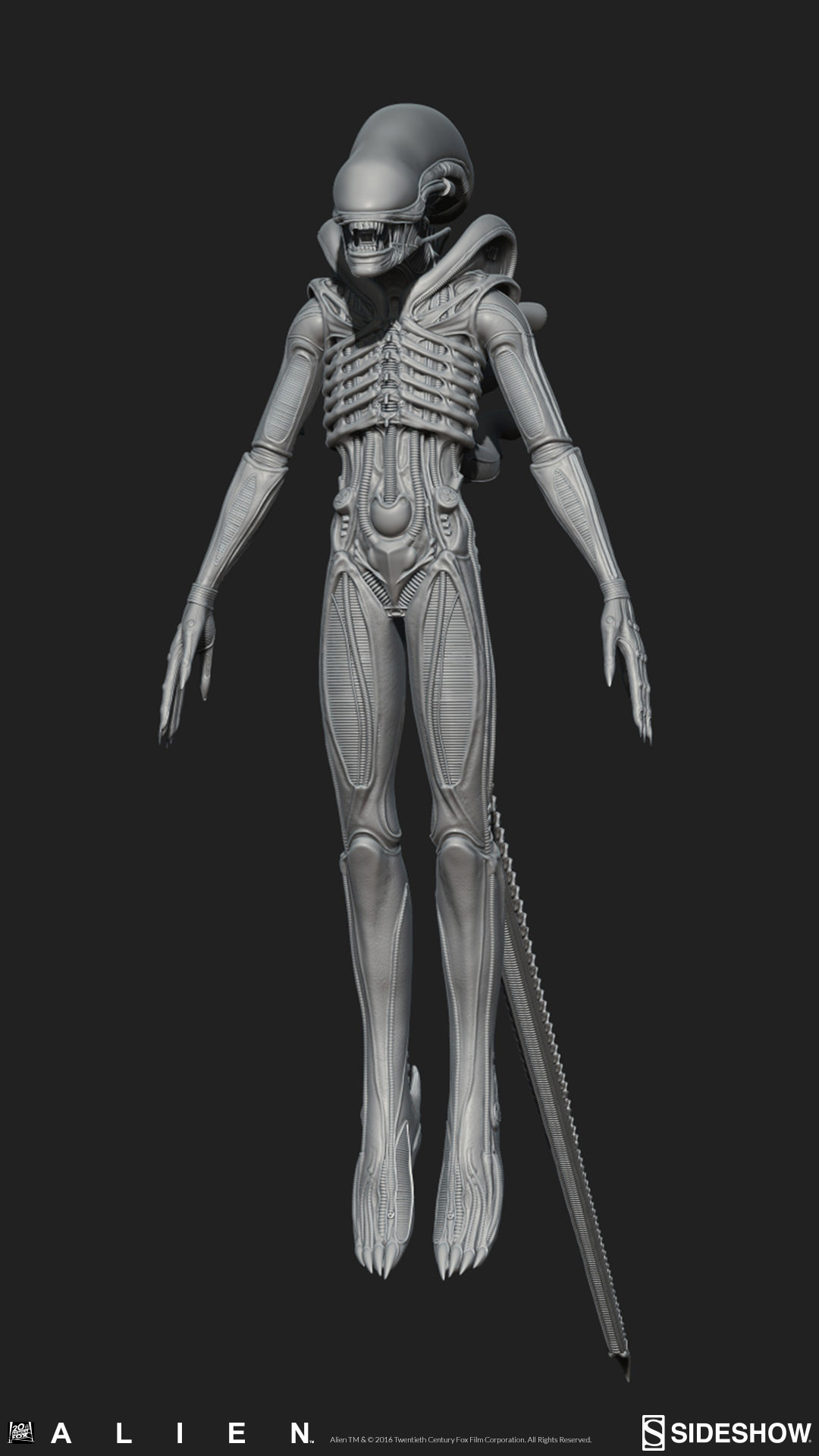 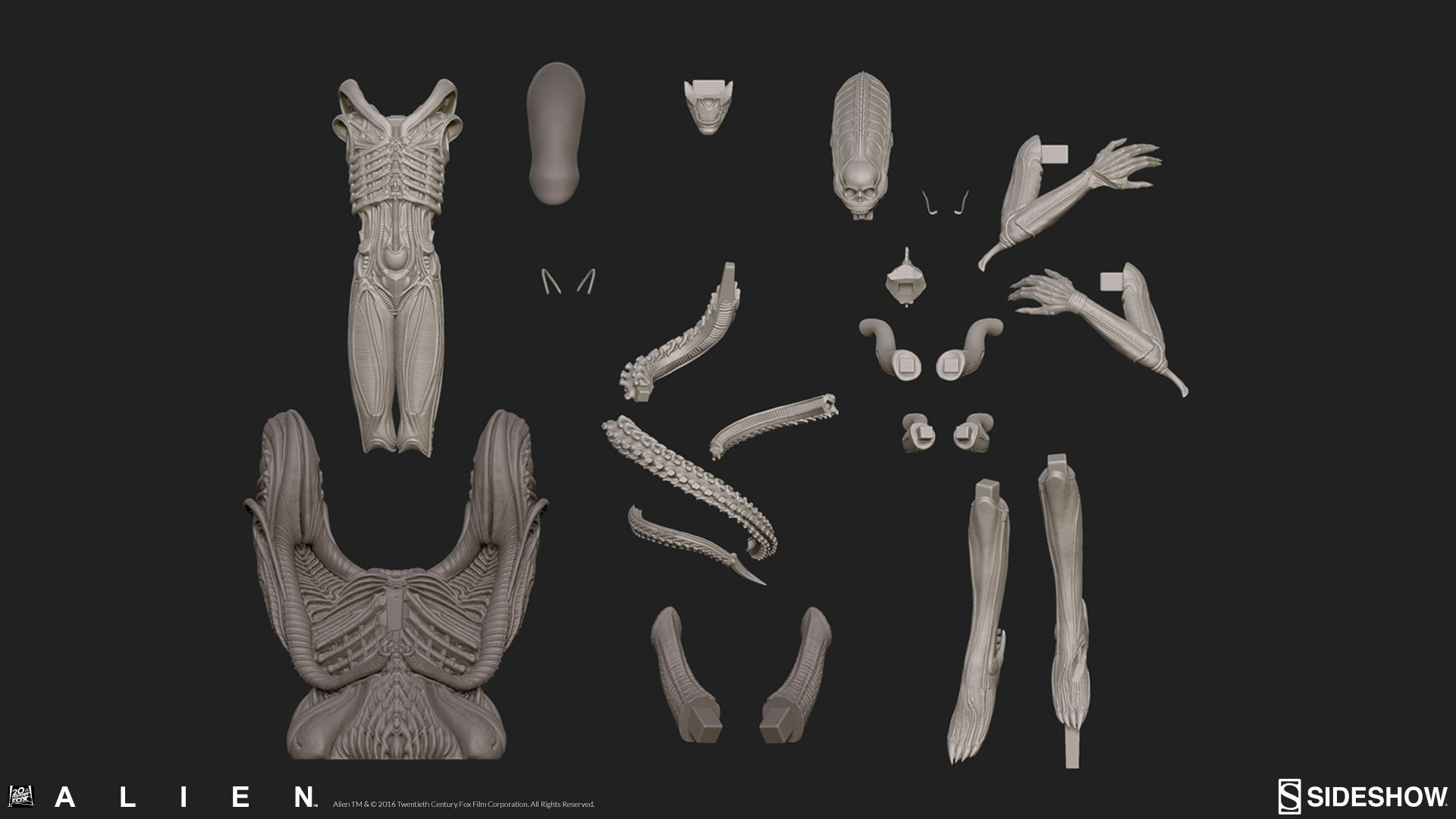 From the T-pose I proceeded to cut, bend, and twist him into his final shape, matching the initial pose study, and improving on it. Updates were shared periodically with the design team – it takes a village to raise a Xenomorph. 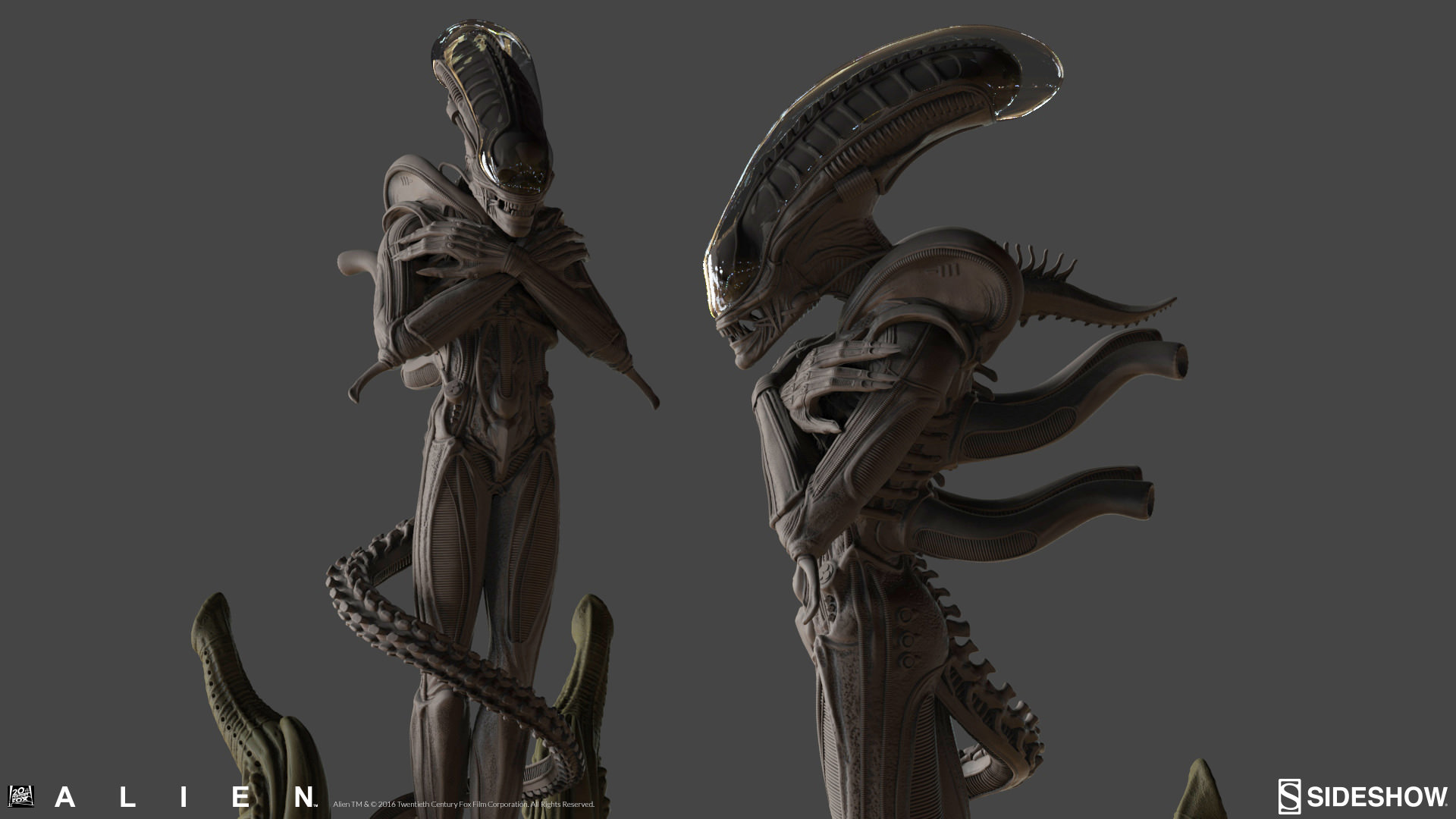 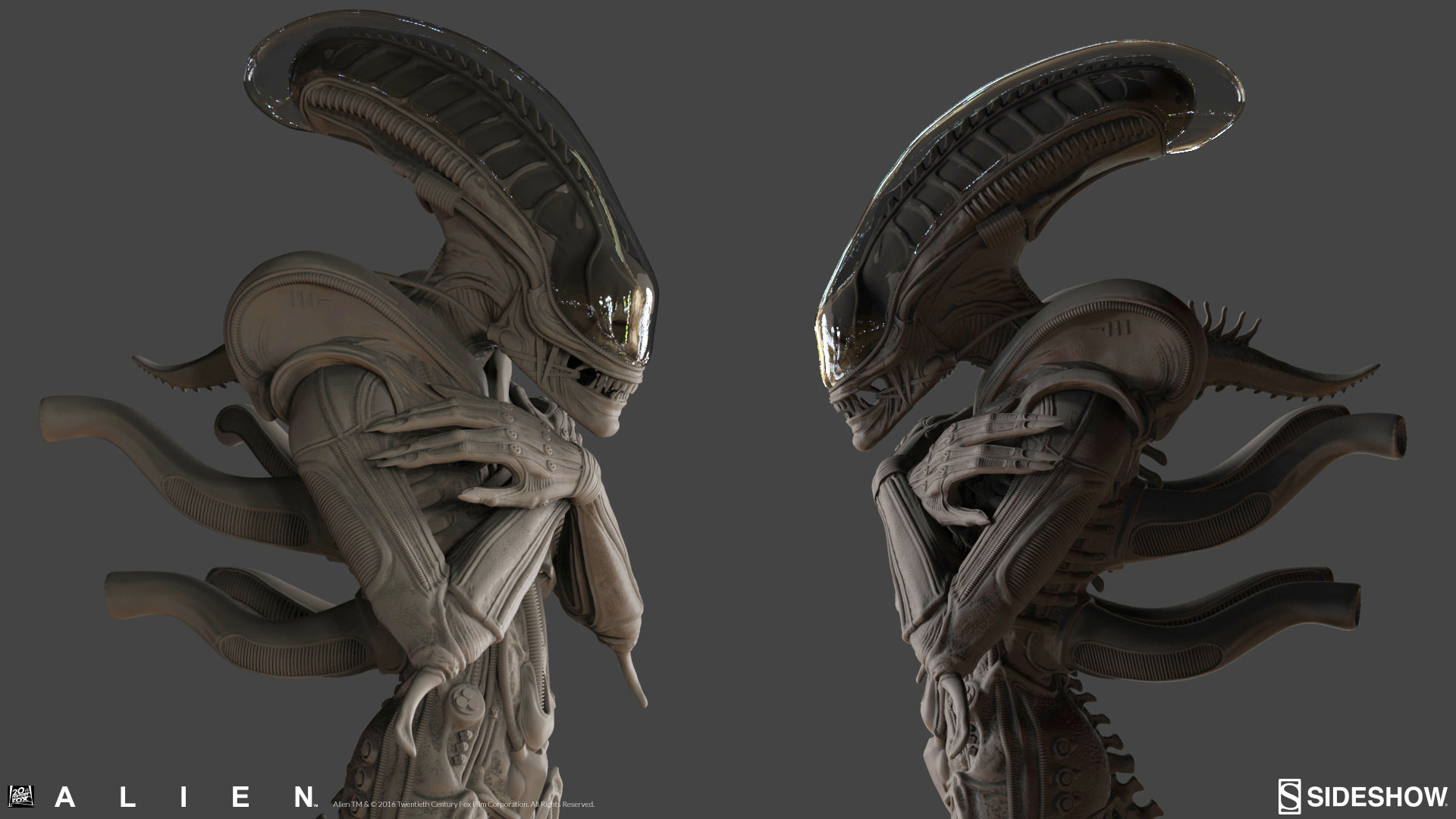 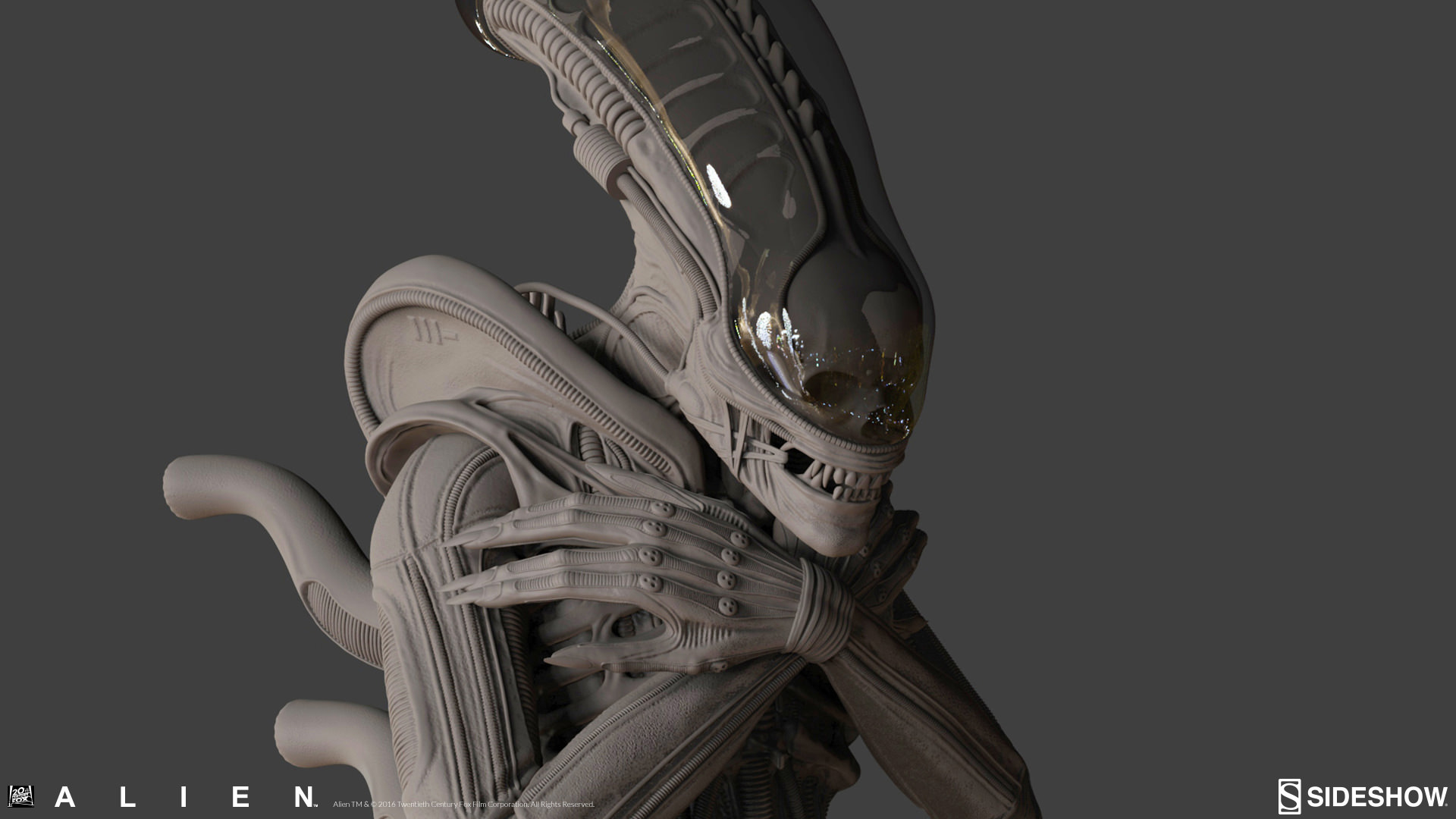 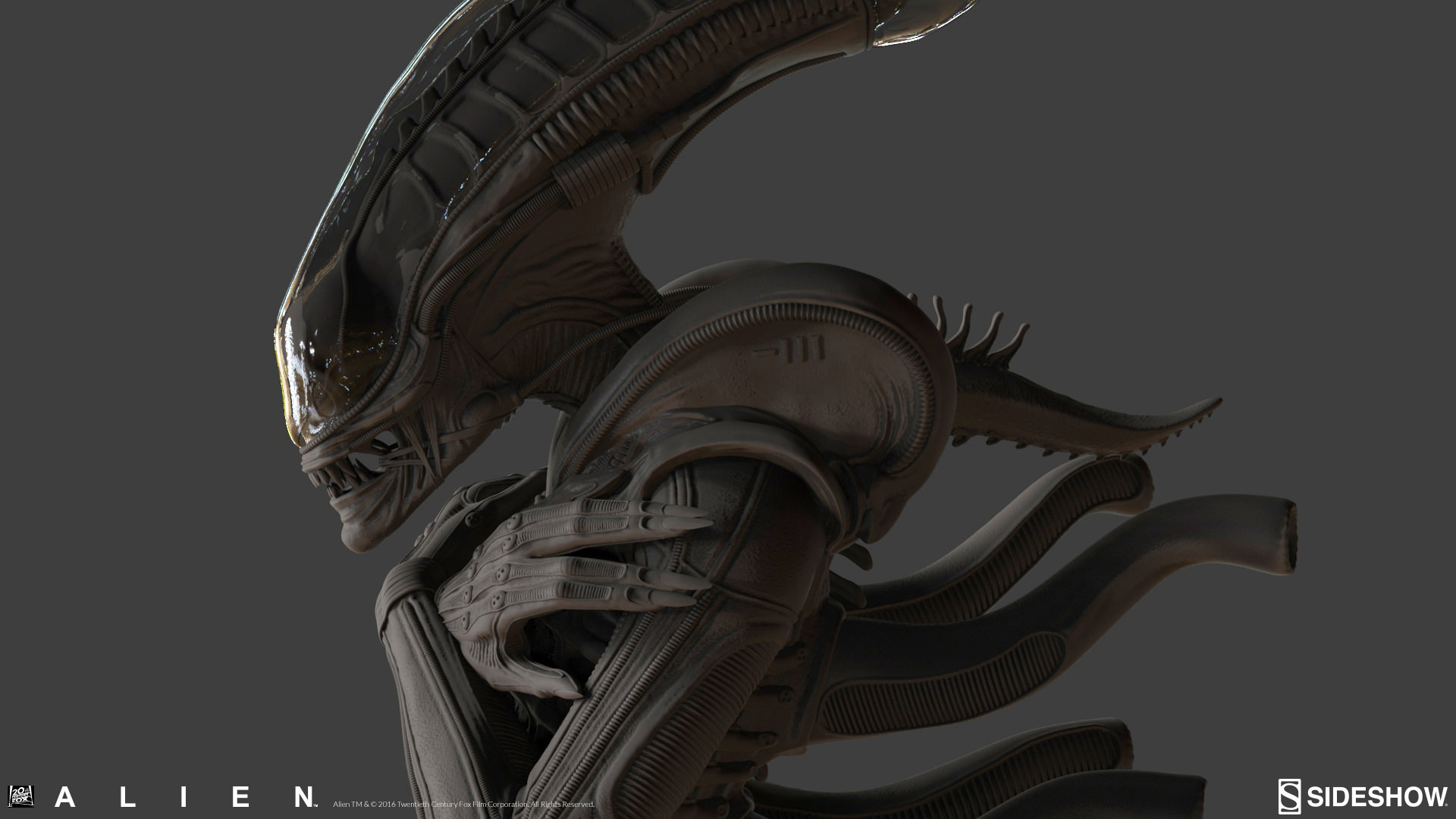 As for the base, we knew we wanted a grand architectural shape that had a feeling that it framed the composition. Giger’s art has an aggressive, and beautiful design aesthetic, as well as giving a nod and wink to sexuality. Within the base, there are many organic shapes that are stylized representations of the human body merged with the architectural quality of Giger’s design sensibilities. 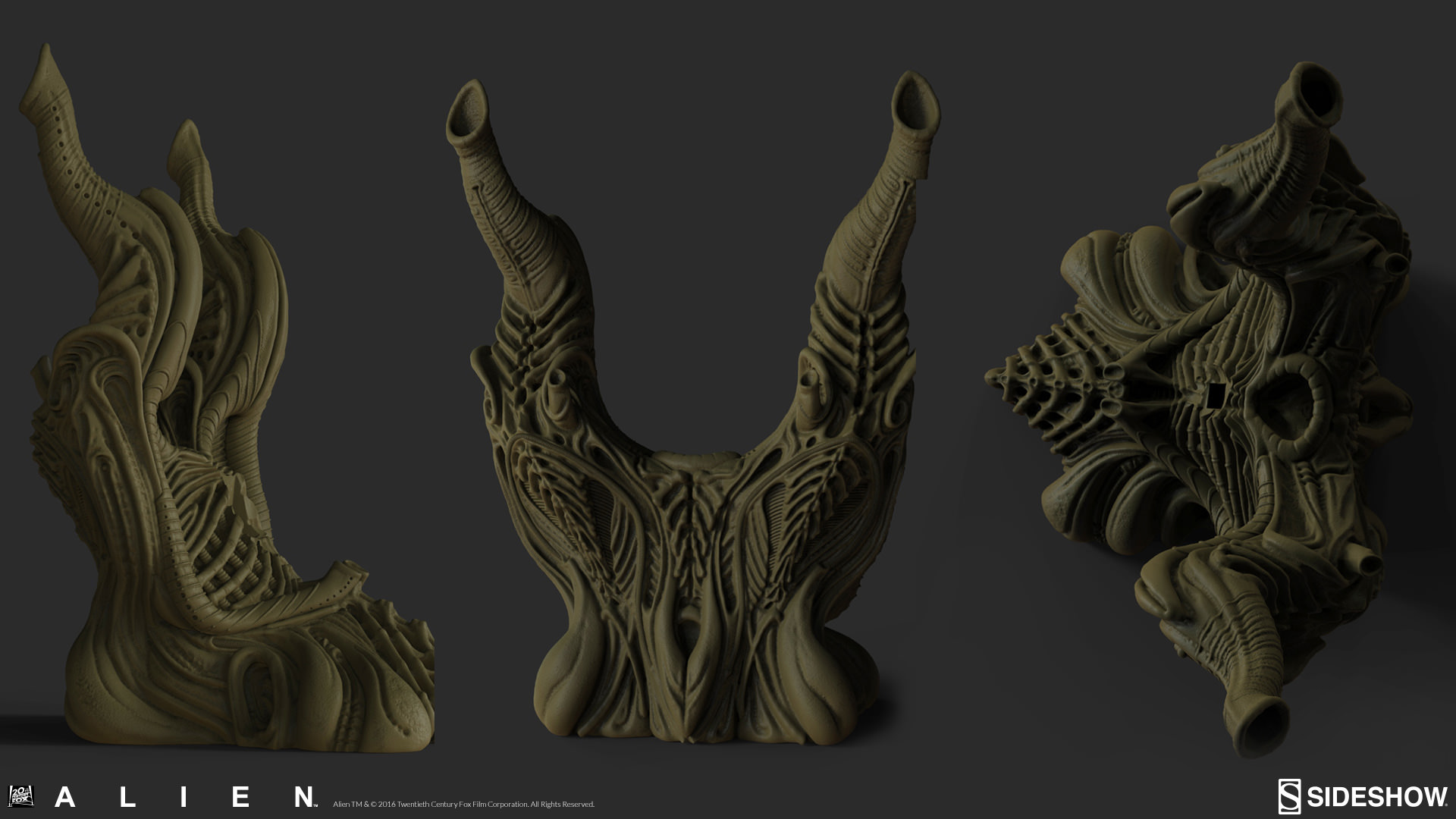 In all this turned out to be one of my favorite, and personally satisfying projects to have worked on in many years. The team effort really paid off. I hope everyone enjoys it as much as I do.

Daisy Ridley shared a photo on Instagram today that should have Star Wars fans cheering...