The X-Men gather themselves together and prepare to face their most dangerous foe yet. But it is not Magneto, nor Mystique, or any other villain from the Brotherhood of Evil Mutants.

It is, instead, the Sentinel. And they do not come alone. There are tens, then hundreds, then a thousand, swarming the planet with mutant-seeking missiles. They are the end of mutantkind in multiple timelines.

But… what exactly are the Sentinels? And why are they so dangerous? 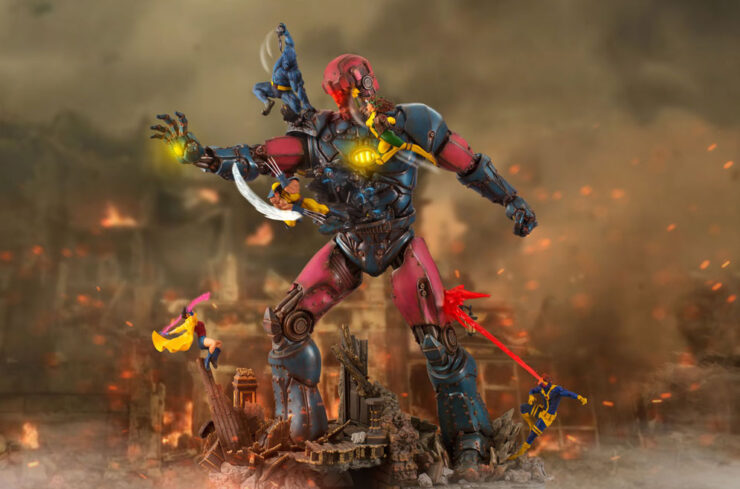 Bolivar Trask was fear-mongering, villainous fiend and a brilliant inventor. Out of hate and fear, he created the Sentinel. Sentinels were artificial beings created to “save” humanity from mutants.

They are robots, meant to overpower and outnumber mutantkind. They are killing machines made only for destruction. No matter the generation of their construction, Sentinels have the ability to detect mutants, fly, and repair themselves.

But that’s only the basic Sentinel model. There are many more, and they get much much worse. 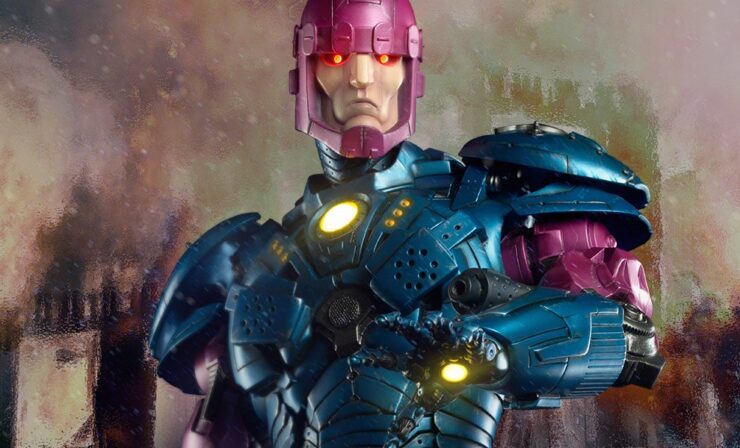 The Master Mold is much more dangerous than your average Sentinel. While Sentinels are artificial beings, they are not artificially intelligent. That is reserved for Master Molds.

The Master Mold was also created by Bolivar Trask, in an attempt to streamline the creation of Sentinels. These intelligent beings are the designers and creators of Sentinels.

They can create Sentinels with different abilities, immunities, and designs depending on the type of mutant they intend to destroy. 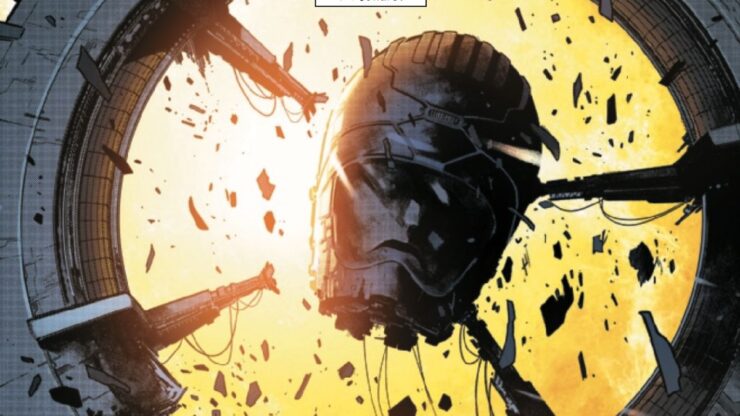 For a long time there was only one Master Mold. But a secret organization hoping to eradicate mutant-kind found footing in the secret intelligence community, and a hidden plot began. The new organization, made up of members of AIM, SHIELD, Hydra, and more, created a new group called Project Orchis.

They made a Mother Mold — a self-aware and intelligent being deep in space that could create Master Molds. If left unperturbed, the Mother Mold would lead to the end of mutantkind.

So with knowledge of the future, using a select few trusted precogs (mutants who can read the future), the X-Men ventured out into space and destroyed Orchis’ Mother Mold… at least in this timeline. 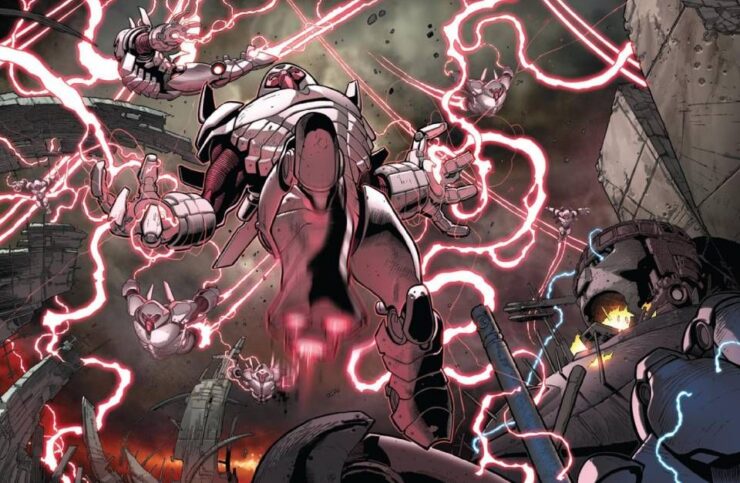 The X-Men have identified him as a Class Omega Sentinel. He is capable of controlling every aspect of his nanotechnology, allowing him to change his form in any way, whether he’s creating new functions, weapons, or abilities. He can adapt to any X-Men mutations to become resistant to them. He can detect powers and replicate or deflect them, making him a devastatingly powerful enemy.

X-Men are the next evolution of existence- but what will happen when their enemies evolve to overcome the mutants?

Nimrod is the result of the Sentinel technology, and so the X-Men must do everything in their power to defeat Sentinels now so that they cannot evolve.

How would your favorite X-Men defeat the Sentinels? Let us know in the comments, and don’t forget to Let Your Geek Sideshow!

Be sure to check out all your favorite Sentinel collectibles to capture moments of their epic battles against your favorite Marvel mutants.